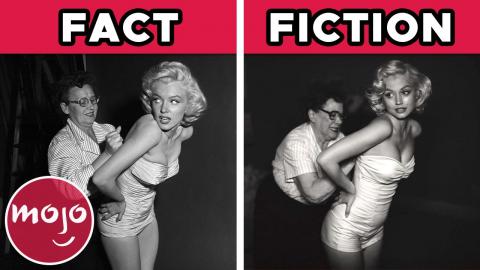 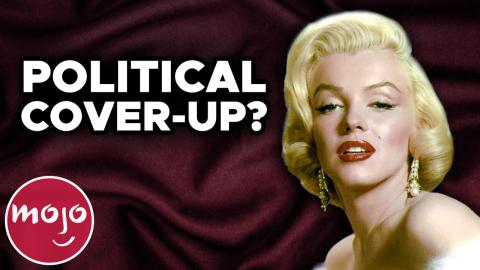 Top 10 Things Revealed In The Mystery of Marilyn Monroe: The Unheard Tapes 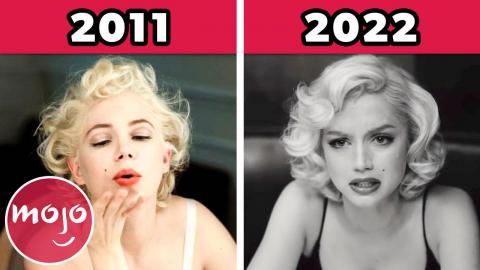 How Marilyn Monroe Has Been Portrayed Throughout the Years 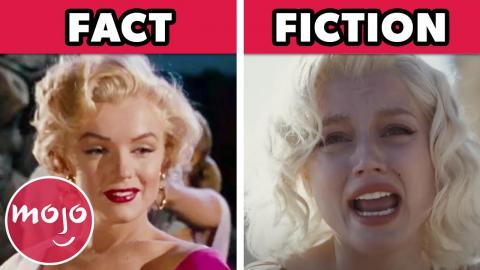 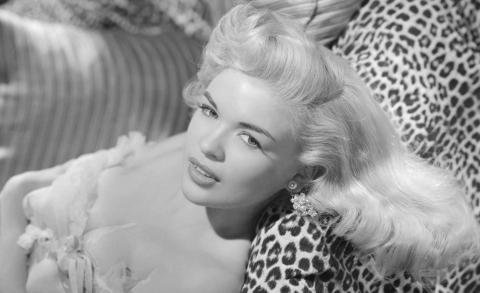 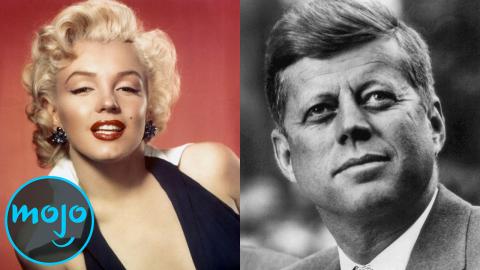 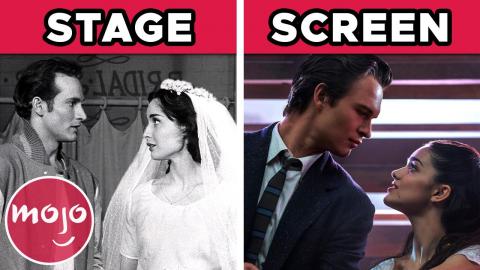 The Story of West Side Story: From Stage to Screen 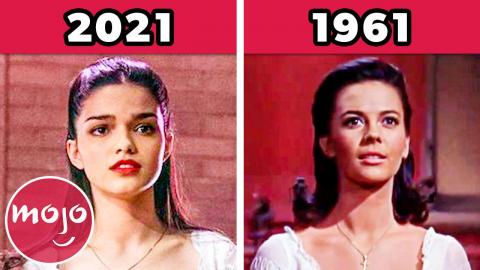 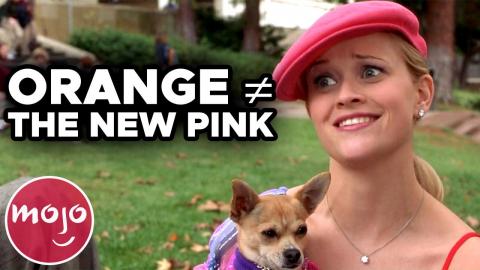 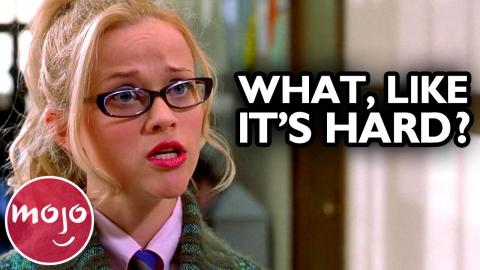 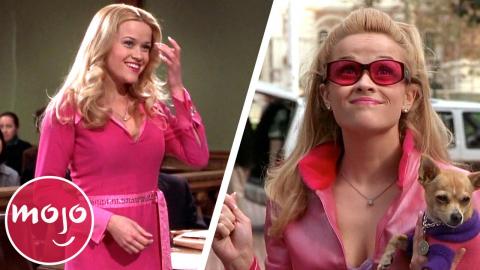 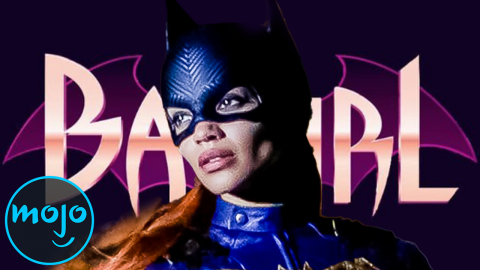 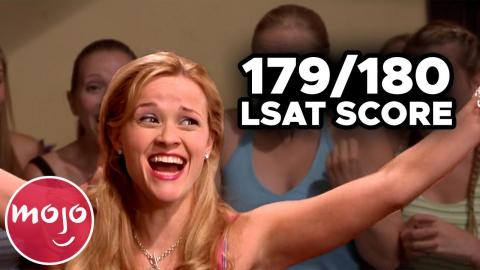 VOICE OVER: Emily Brayton WRITTEN BY: Isabelle Brown
How does "Blonde" stack up against the real deal side by side? For this list, we'll be looking at still and moving images taken of the actress while she was still alive and comparing them to clips from the fictional film starring Ana de Armas. Our countdown includes "The Seven Year Itch," "Niagara," "Some Like It Hot," and more!
Transcript ∧

Side by Side Comparison of Marilyn Monroe & Blonde 2022


Welcome to MsMojo, and today we’re examining Side by Side Comparisons of Marilyn Monroe & “Blonde” 2022.

For this list, we’ll be looking at still and moving images taken of the actress while she was still alive and comparing them to clips from the fictional film starring Ana de Armas.

Which shot is most similar to its original? Let us know your opinion in the comments below.


The number “Diamonds are a Girl’s Best Friend” from the film adaptation of a Broadway musical is one of Monroe’s most iconic, not to mention recreated, career moments. It’s been referenced in music videos, television, and of course, movies. In the routine, the blonde wears a pink gown with long matching gloves and plenty of jewels. She dances with a host of finely dressed men, all of whom are vying for her affection, and professes her love of shiny things. In addition to restaging it, the fictional film with Ana de Armas depicts Monroe watching the scene during the premiere. Thinking her father is also in the audience, the troubled actress quietly insists that she is not the same as the character on screen.


When recalling the influential blonde bombshell, it’s likely the first image that comes to mind is Monroe standing over a subway grate in her iconic white dress. The scene was staged for a movie, but the pictures that were taken on set have become famous in their own right. The fictionalized biopic turns the moment into a compelling slow motion cinematic sequence. The black and white shots recall the famous photographs, while the ones in color resemble the 1955 film. With her dress seemingly floating in the air, de Armas is stunning in her perfectly recreated look, but there’s a dark underlying message. The ominous music is a reminder that things are not as pretty as they appear.


Monroe’s last two marriages, and their subsequent dissolutions, were highly publicized affairs. People were shocked when she married writer Arthur Miller in 1956. The left-wing intellectual seemed an unlikely match for the blonde bomb shell. Pictures by photographer Sam Shaw show the odd couple together surrounded by nature. They both wear wedding rings while Monroe holds a handful of wildflowers. His dark striped button down contrasts with her soft blue polka dot dress. The 2022 film takes inspiration from the series of photos. It shows the couple in their honeymoon stage, away from Hollywood. In a series of tragic events, the scene is a happy moment.


In addition to her acting, Monroe is remembered for her modeling. From pin-up to editorial, her work in photography remains a huge part of her legacy. An image of the icon getting wardrobe assistance served as inspiration for a scene in the 2022 film. The original shot shows Marilyn looking over her shoulder while a bespectacled woman secures her strapless garment from behind. The biopic brings the image to life, depicting a conversation among Marilyn and her assistants. It shows Monroe gently expressing her dissatisfaction with the industry, only for the other women in the room to dismiss her feelings.


1953 was significant for the actress, professionally. Three different movies of hers came out that year, including “Niagara”. Her role in the film noir solidified the bombshell’s image as a sex symbol in the industry. In it, she plays an adulterous wife with criminal intentions. The 2022 biopic recreates different scenes from the drama, including one in which Monroe performs a portion of the song, “Kiss”. It shows the actress in the audience during a screening of her own film, exploring her sexuality. Dressed in a pink off the shoulder dress with a white scarf, de Armas’s resemblance to Monroe is striking.


In 1953 when she was just 26 years old, Monroe welcomed photographer Alfred Eisenstaedt into her home. Together, the pair produced a series of pictures unlike the staged pin-up photos that helped put Monroe on the map. Wearing a turtleneck and cropped pants, the entertainment icon is dressed simply and casually. A few of the shots show her curled up on the couch, writing. The image is recreated in the 2022 fictional biopic, from the costume to the pose to the set. The only difference is that the leading lady holds a magazine instead of a pen and notebook.

Arriving at a Film Premiere


The 2022 biopic isn’t always accurate in its portrayal of the past. However, the visuals are strikingly similar to actual photos of Monroe. The film depicts the actress emerging from a car at the “Gentlemen Prefer Blondes” premiere, wearing a white strapless gown and fur coat. In reality, she wore this look to the premiere of “There's No Business Like Show Business”. Although the narrative isn’t exactly correct, de Armas looks nearly identical to pictures of Monroe. As she walks down the red carpet, it’s as if the photographs were brought to life.


While she was alive, the icon struggled with a variety of health issues. In the summer of 1961, Monroe went to the hospital to receive treatment for gallstones. Upon leaving, the celebrity was hounded by a mob of photographers, reporters, and fans. Even with police escorts, she struggled to move through the crowd and reach her car. Afterwards, Monroe compared the event to a nightmare. The fictional biopic depicts this moment without specifying why she was at the hospital. It’s implied her medical visit is related to a miscarriage, giving it an emotional weight. “I Wanna Be Loved By You” plays over the scene, juxtaposing the chaos and the actress’s terrified face.

Sweater at the Beach


In her last ever photoshoot, Monroe went to Santa Monica beach with photographer George Barris. The two often collaborated, so the model was comfortable letting her guard down around him. Some of the shots from the final shoot show the 36 year old in seemingly nothing but an oversized sweater. Apparently alone on the beach, she wades in the water and lounges on the sand. The biopic references these photos during a montage with Arthur Miller. The sequence takes place just after the actress and the playwright are married. In reality, the pictures were taken after their divorce and only a few weeks before Monroe’s death.

Crying in the Car


In the later half of the 2022 fictional biopic, the troubled actress drives through a neighborhood in emotional distress. She observes young families in their yards while she mourns the loss of her own father and her lack of children. While this moment isn’t proven to have actually happened, it reminds us of photographs taken the day Monroe and Joe DiMaggio announced their divorce. In those pictures, the blonde is shown seated in the passenger seat of a car after the press conference. She wears a black, high-necked top that resembles the one used in the scene from the film. Clutching a tissue, her despair is evident.


The icon that inspired the 2022 biopic has a glamorous reputation. With her blonde bob, pouty lips, and beauty mark, she is often seen perfectly made up. Images of her applying cosmetics in the mirror have a special feel to them. They depict Monroe during an intimate moment and make her feel somewhat relatable. While not quite the same, a shot from the film with de Armas also employs a mirror for dramatic effect. It shows the actress emotionally distraught and crying. Instead of reflecting her pain, however, the mirror reflects her enchanting public persona. It’s a stark comparison between how Monroe feels and how she’s seen by the world.


Towards the end of her career as an actress, the bombshell starred in her second film directed by Billy Wilder. The production was infamously turbulent, with both Monroe and Wilder possessing reputations for being difficult. The leading lady was criticized for her lateness, her inability to remember lines, and her substance use disorder. The biopic directed by Andrew Dominik depicts what it might have looked like on the troublesome set. It shows the blonde hysterical and unable to finish a take. She lip syncs a portion of “I Wanna Be Loved By You” before breaking down. Despite being a challenge to film, the original movie starring Monroe continues to be regarded as one of the greatest of all time.


The 2022 fictional biopic depicts a more personal side of Monroe. It portrays her not as an icon but as a woman working to maintain the image of an icon. She’s often shown in her casual attire, and can be seen wearing turtle necks, neutral colors, and lots of cropped trousers. Her wardrobe in the film resembles outfits that Monroe was photographed in while she was still alive. The patterned pants included in the movie are especially reminiscent of clothing worn by the actress. Whether loose or tight fitting, Monroe appeared to be a fan of slacks that come to a stop above the ankle.


Notorious for her difficulty and disliked by her director, Monroe was fired from the last film she worked on. Although the movie was never finished, some of its 1962 footage has since been released to the public. In one poolside scene, Monroe’s character is shown talking with her two children. Timmy and Lita don’t recognize her, but they take an immediate liking to the empathetic woman. While not the same, the scene has a few interesting similarities with a moment from the 2022 fictional biopic. Married to Arthur Miller and in her early stages of pregnancy, the actress trips on the rocky beach and miscarries. Both scenes have the same green and orange floral patterned dress, a body of water, and a theme of lost motherhood.
Comments ∧