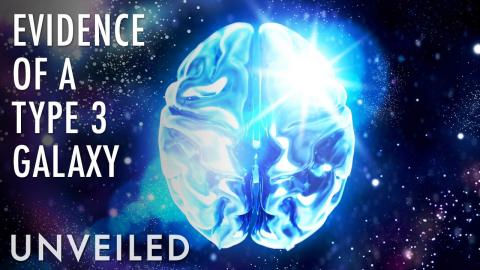 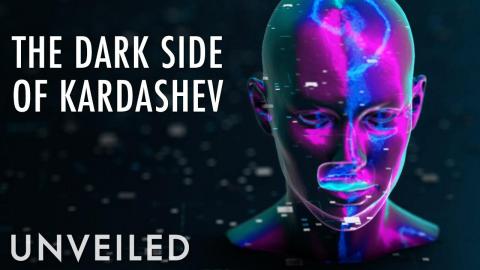 Why a Type III Civilization Might Be Terrible | Unveiled 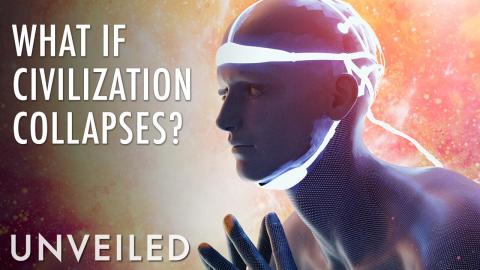 What If Humanity Was A Type 0 Civilization? | Unveiled 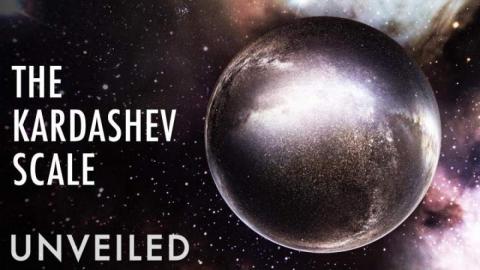 What If Humanity Was A Type III Civilization? | Unveiled 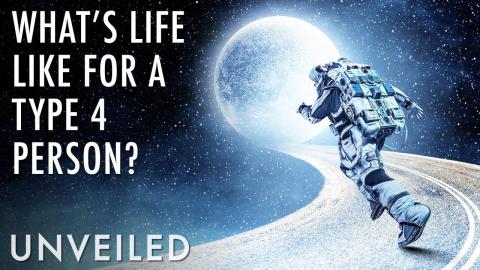 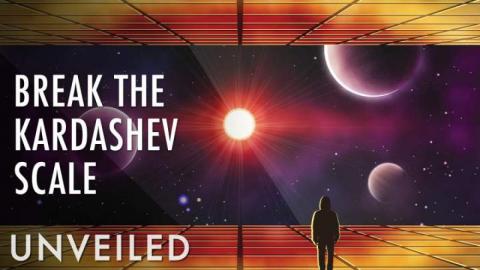 What If Humanity Was A Type V Civilization? | Unveiled 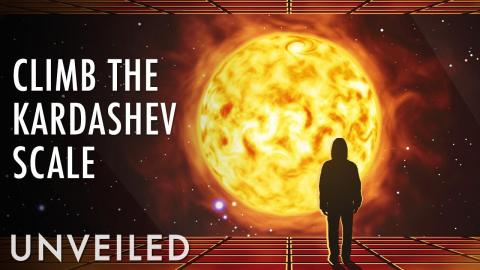 What If Humanity Was A Type I Civilization? | Unveiled 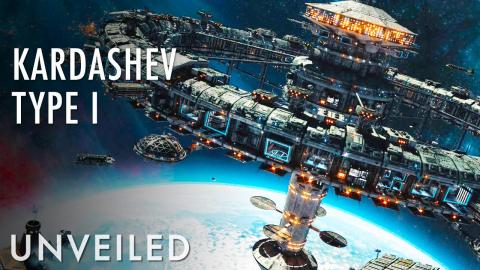 Why Humans Might Never Become A Type One Civilization: Part 1 | Unveiled 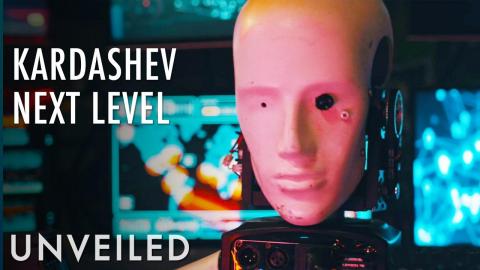 Why Humans Might Never Become A Type One Civilization: Part 2 | Unveiled 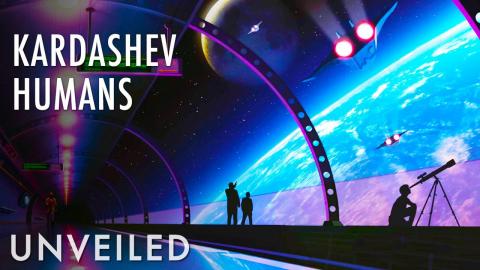 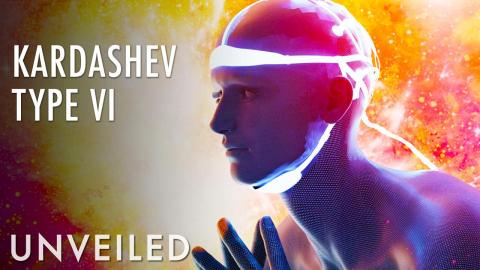 What If Humanity Was A Type VI Civilization? | Unveiled 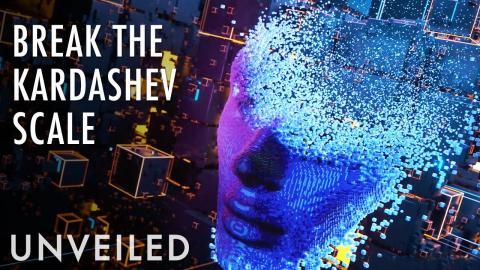 What If Humanity Were a Class 3 Civilization? | Unveiled

VOICE OVER: Peter DeGiglio
Have we finally found a Type 4 civilization?? Join us... to find out!

In this video, Unveiled takes a closer look at the studies and theories to suggest that we might've already discovered a Type 4 civilization! A god-like civilization with the energy potential of the entire universe! The last great society before we break out into the multiverse! So... have we finally found one??
Transcript ∧


What’s the best that humans can hope for? Where’s the furthest that our society can get to? In the modern world, we’re forever striving for the future… picturing what tomorrow’s world might look like, and imagining the infinite power that might await us there. But, actually, are we inescapably limited as to what we can achieve? Because does all of this - all of life, the universe and everything - really exist under the ardent gaze of something else?

This is Unveiled, and today we’re answering the extraordinary question; did scientists already discover a type four civilization?

The Kardashev Scale stands as one of the leading models for future potential. Ranking hypothesized future groups (or civilizations) based on the amount of energy that they can harness, we have type one with all the energy of its planet; type two, with all the energy of its star system; and type three, with the energy of its galaxy. On the original scale, as devised by the Soviet astronomer Nikolai Kardashev in the 1960s, that was the upper limit. But, in the years since, even higher levels have been added - most notably type four (with the energy potential of the universe) and type five (with the potential of the multiverse).

All the ramifications of a multiverse are for another day and another video, but with type four we are at least still dealing with a physical structure we can recognize. The universe is hardly new news for anyone alive today. Whereas those of the not-so-distant past found themselves debating exactly how space was structured, we now have the concept of the universe (as most popularly modeled by the big bang theory) to guide all our studies and predictions. The universe is seemingly everything, to the point that science finds itself unable to truly define its shape or size. We have the observable and unobservable parts of it, yes, but the idea that anything could exist outside of the universe is, well, a headache.

At the topmost level of Kardashev type four, however, you arguably still don’t need to step outside of the universe just yet. You need only to have total and unbreakable control over every single thing, thought or concept that’s inside it. Including yourself, every living thing, every object, every particle, and every dimension that’s possible within it, from space to time, and beyond. Ultimately, it’s as simple as that.

But really, there’s nothing simple, easy, or even particularly comprehensible about what a type four being would be capable of. And, while by some understandings of the Kardashev Scale, even these heady heights aren’t technically out of reach for the human race - that is, we should theoretically be able to achieve type four, if we just move through the lower levels first of all - precious few would confidently claim that that’s truly the case. Unless humans can become effective gods, unless we can change ourselves beyond all recognition, type four’s probably impossible for us. But that still doesn’t necessarily mean that it’s impossible for all. If we accept that there could be other civilizations out there, and that the chances are that many (probably most) are more advanced than we are… then, to another group, type four might not be so difficult to imagine. And all we can do is to try to connect with such a group.

There was a time when just the realization that different planets existed represented a sea change for scientific thought. But now, we’re dialing down into the very fabric of reality, and trying to find some kind of life force for everything. For some, that force - that mystical something that makes everything possible - could well be tied up with dark matter and dark energy. Indeed, the discovery that ninety-five percent of the mass-energy of the universe is actually unknown to us is arguably the greatest signifier yet that we know nothing. But does the existence (or our detection of) dark matter and energy automatically mean that there’s a higher power out there? It depends on whether anything has ever been able to get a grip on it? Because if, say, a millions-of-years-old alien race can control dark matter like we can control ordinary matter, then yes there certainly are higher powers out there. And yes, science might’ve already discovered a type four civilization… just without really realizing it yet.

Dark matter and energy aren’t our only potential signs, though. While dark energy is often presented as the “unknowable force” that’s accelerating the expansion of our universe, there are theories that, actually, that particular physical setup could be merely a local arrangement. One much debated reading of the wider big bang theory is that that original moment of creation might’ve actually spawned many (infinite, even) bubbles of existence. These bubbles, of which our universe is only one, then exist on a higher dimension plane, in a kind of “super-space” that’s also expanding at a phenomenal speed. According to this model, it’s as though if you zoom out far enough… even the entire universe would look like just a marble rolling (or falling) through the void. Now, this idea in itself also perhaps doesn’t prove that higher, universally-powered civilizations exist… but consider any being or group that could provide evidence of the infinite bubble theory. To us, it’s little more than a trippy thought experiment, from our lowly point of view… but, again, if there are other civilizations out there and if any of them are more advanced than we are (which is likely) and if even just one of them can view our universe from such a lofty perspective, then they are type four, at least.

The “Pale Blue Dot” is arguably the greatest and most important photograph that humanity has ever produced, because it (more than anything else) forced us to look at reality differently. To understand that our world, our planet, is actually tiny, no matter how all-encompassing it feels (and is) to all of our lives. The image was captured by the Voyager 1 space probe in 1990, at a time when it was more than three-and-a-half billion miles away from us. Since then, the Voyagers have traveled further still… and we’ve thrown technology all over the solar system, and visited all the planets and many of the major moons. With telescopes like the Hubble, the Chandra X-Ray Observatory, and the James Webb, we’re also taking better-than-ever pictures of the galaxies and star systems that surround us. And perhaps more than at any time previous, humanity is feeling pretty accomplished when it comes to space exploration. But now imagine having a view of reality like ours, only instead of stars, planets, and star systems, you’re cataloging universes.

Consider all that we’ve achieved regarding space in the last century, then double it… treble it… or multiply by ten. Automatically, you soon surge up the Kardashev Scale. The first image released by the James Webb telescope - the Deep Field of thousands of galaxies - was described by NASA as showing the equivalent portion of sky as that covered were you to hold a grain of sand up from your face at arm’s length. In the span of that grain, there are countless billions of other worlds. We can see them, but still only just… and there are more beyond even that, which even Webb can’t pick out. Imagine, then, that same image but one hundred years more advanced, or one thousand. How much more would it reveal? That’s the kind of vantage point that a type four civilization might have… but what’s exciting (or faintly terrifying) is that one such group potentially exists within the Webb Deep Field itself. There are so many galaxies captured within that image, hosting so many unknowable worlds, that if you again accept that alien life must exist… and you follow the Kardashev model… then it’s arguably likely that we are now seeing them with our own eyes. It’s just again, we may not necessarily realize it.

From here, and with the Webb busily scanning the rest of the sky for us, it’s a sure bet that astronomers will be keeping a keen eye out for potential evidence of things like Dyson Spheres or Shkadov Thrusters, clear technological proof that something cleverer than us is out there. But it might not be so long before the search takes on an even greater sense of existential importance. We’re seeing the universe like never before, so is it finally being revealed to us how the whole thing really works?

How long before we breach the edge of the universe, to truly investigate the infinite bubble theory? Or before we reset our filters so that they become sensitive enough to chart dark matter? It can feel as though the growing library of Webb images is pushing us toward the next great breakthrough, and maybe it is. After all, when we look at the universe now, the detail is like never before. And so, while scientists haven’t confirmed a type four civilization yet, just as they haven’t confirmed any form of alien life yet, we might now (or soon) be seeing what’s really hiding in the rest of space. We might even have already photographed it, it’s just that we’re waiting to decipher the data.
Comments ∧