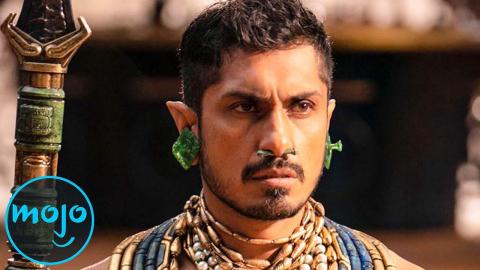 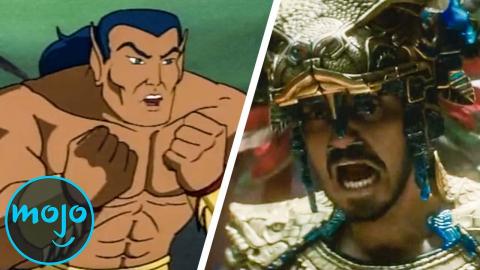 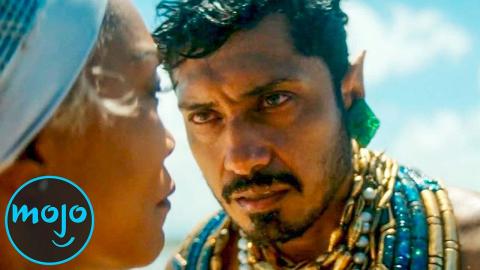 Top 10 Most Feared Black Panther Enemies of All Time 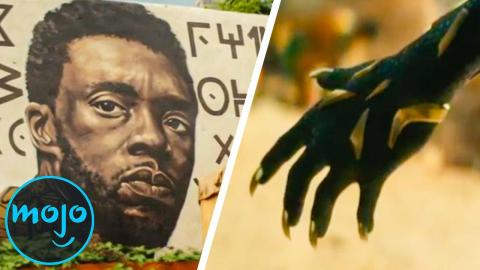 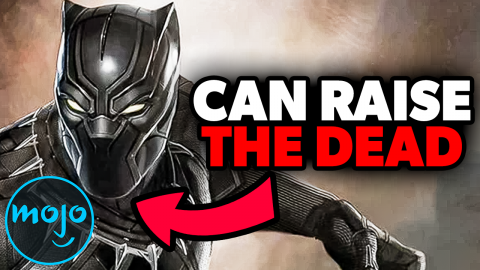 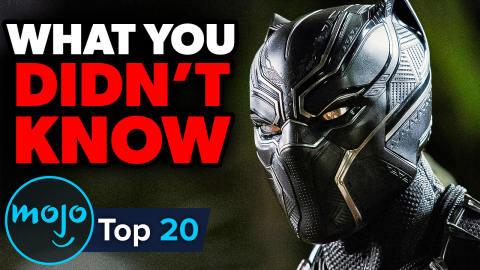 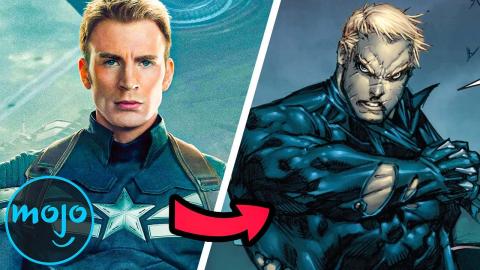 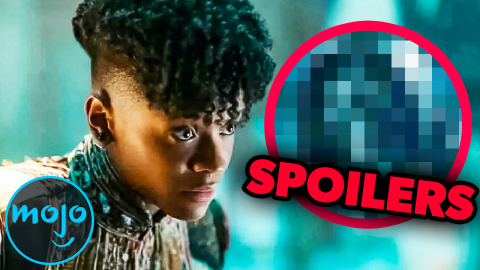 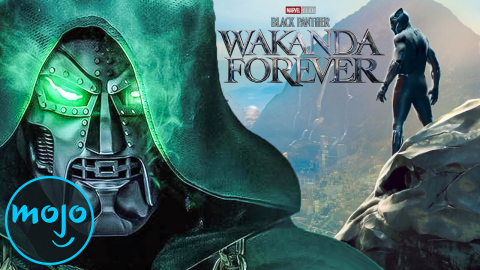 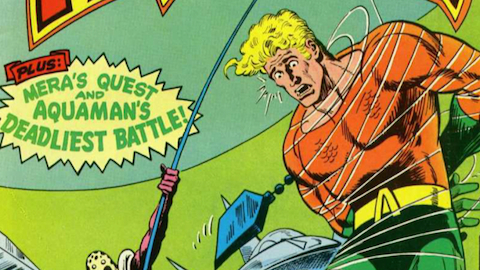 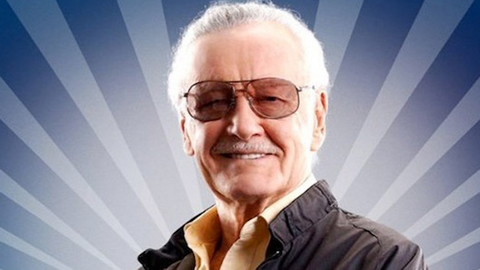 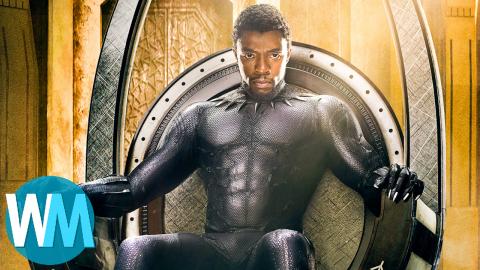 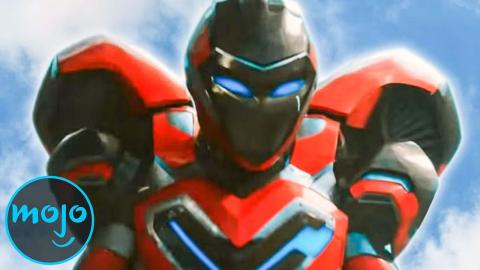 VOICE OVER: Rebecca Brayton WRITTEN BY: Jonathan Alexander
It's time for a deep dive into this deep diving superhero! Today we're exploring the origins of the aquatic character, Namor. Before he rises to the surface in “Black Panther: Wakanda Forever,” we'll be breaking down how this Atlantean became comics' first anti-hero.
Transcript ∧


Welcome to WatchMojo, and today we’re exploring the origins of the aquatic character, Namor.

Before he rises to the surface in “Black Panther: Wakanda Forever,” we’ll be breaking down how this Atlantean became comics’ first anti-hero.

What other under-the-sea characters are you hoping to see pop up in the MCU? Be sure to let us know in the comments!

Deep beneath the surface of the Golden Age of comics, a new Atlantean hero was ready to make some waves - and no, we don’t mean Aquaman. Compared to the underwater characters that had come before, this Marvel ant-ihero took a more hands-on approach to perceived threats against his home, and that’s putting it lightly. But, before all that, Namor - who’s name is “Roman” backwards, by the way - was allegedly created to serve as a visual foil to Human Torch’s fire powers. Suffice it to say, once he came up for air in the Marvel Universe, he made a much bigger splash than most expected.

Namor is the result of a romance between an aquatic princess and a mortal sea captain, but that didn’t stop his ascension as the prince of the then-unnamed underwater kingdom. However, he was far from normal, and not even the human DNA was to blame. He was unnaturally strong, fast, and powerful - oh yeah, and he could fly. Since even his mixed heritage couldn’t explain that last part, many outlets consider him Marvel’s first mutant. In-universe, others existed before Namor chronologically, but the reveal of his unique abilities marked their first reference in publication. Easily one of the strongest Atlanteans ever born, Namor, under the superhero name Sub-Mariner, quickly dove through the ranks of his kingdom.

Upset about the treatment of the ocean, Namor’s initial appearances on the surface were as a villain, and a bloodthirsty one at that. But, even though he tried to sink the entirety of Manhattan with a tidal wave, he still came to humanity’s aid alongside other heroes during World War 2. He befriended several notable Avengers like Winter Soldier, Captain America, and Black Panther. T’Challa, who had a similar duty to protect his own kingdom, helped reform Namor into a more diplomatic leader. After the underwater hero’s change of heart, Professor Xavier diagnosed him with PTSD and bipolar disorder. To help, the X-Man implanted a psychic construct of a fallen ally named Machan into Namor’s mind to ease his grief. It was a poignant examination of the consequences of war, and reframed many of his previous acts in a more forgivable light.

Unfortunately, Namor’s stint as a hero would soon be washed away. After losing his memories in an accident, he returned to his kingdom - which, for the first time in Marvel canon, was referred to as “Atlantis” - only to find it destroyed by nuclear testing from surface-dwellers. Enraged, he vowed to get vengeance for his people, even going as far as mounting a full invasion of New York City. But, for the first time, this evil plan was framed by a sympathetic backstory that made it hard to label Namor as a straight villain. Instead, his placement in between hero and antagonist helped create a new kind of comic character: the anti-hero.

This aquatic adversary was a massive threat on the battlefield, and not just because he was a former ally on a vengeful crusade. His devastating team ups with heavy-hitters like Magneto and Doctor Doom proved he wasn’t playing around. To complement this change of character, Namor adopted a more formal type of speech that juxtaposed his casual dialect in the past. Across his battles with the Avengers, he also came upon his iconic catchphrase, “Imperius Rex,” which he often cries before marching into a fight. While Namor was usually able to keep the Avengers on their toes, Captain America’s reawakening proved too much even for him.

After getting his fin handed to him a few times, Namor begins to second-guess his choices. He becomes something of a reluctant hero, willing to pitch in every now and then if there’s a mutually beneficial cause. Despite his spotty track record in the superhero department, his royal lineage and new allegiance earned him a spot on several of the most iconic Marvel teams. He developed much more self-confidence by prominently serving on the Avengers, the Fantastic Four, the Invaders, the Defenders, the Illuminati, the X-Men, and more. The increased emphasis on land-based adventures caused his original name “Sub-Mariner” to slowly fade out of his covers, and instead, they focused on the title he’s now more recognized as: Namor.

He was a standout member on these superpowered teams, but it came with the downside of giving him a front row seat to humanity’s ugly side. The tide soon pulled him back to his mortal-hating ways, and he resumed his quest to eliminate the surface world. After a brief stint with the Phoenix Force completely maddened him, even a peace treaty from Captain America couldn’t bring him back to his senses. Instead, Namor parted the oceans with his overwhelming strength, sending a loud and clear message that next time he and Steve met, it wouldn’t be as old friends.

In phase one of his plan against humanity, Namor launched genetically-enhanced missiles to the coasts that turned innocent civilians into water-breathers. But, when those new sea-dwellers began to seek refuge in Atlantis, his conviction wavered and he sought out Winter Soldier for advice. Namor admitted he didn’t feel in control of his own actions anymore, and later, that’s revealed to be the case when Machan starts making waves behind the scenes. The psychic construct Xavier put into Namor’s mind had used a magical artifact to become his own sentient being. Machan, who had been preying on Namor’s darker impulses all along, took the King's absence as the opportunity to seize Atlantis for himself. After losing his kingdom and his morality, Namor had all-but given up until Captain America reminded him to make good on a promise they made years prior in the war.

In his final atonement, Namor divulged Machan’s grand plan to flood the world with endless rain from a different dimension. He makes his new allegiance known by siding with the Avengers as they invade Atlantis to stop the Doomsday machine. The climactic showdown with Machan is a lap in the kiddie pool for Namor now, since he’s mentally sound enough to resist the villain's mind control. Then, to further prove how far he’s come, Namor lets go of his personal vengeance and allows Machan to be sentenced in the surface-world instead of Atlantis. Now a reformed King, Namor has continued to be diplomatic with the world after finally learning the true cost of revenge, hopefully for the last time.

It’s taken a while, but it seems Namor is finally setting sail in movies with a major role in the upcoming “Black Panther: Wakanda Forever.” He’ll be portrayed by acclaimed Mexican actor Tenoch Huerta (ten-NOACH WARE-tah) in his most high-profile American cinematic role to date. Given the character’s rich history as both a hero and a villain, he could easily be dropping anchor in Marvel movies for years to come. But, even if he first appears as an adversary to Wakanda, his environmentalist motivations could easily have him stand among Kilmonger, Loki, and Thanos as one of the most compelling villains in the entire MCU.
Comments ∧