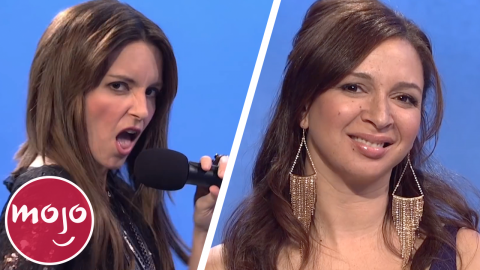 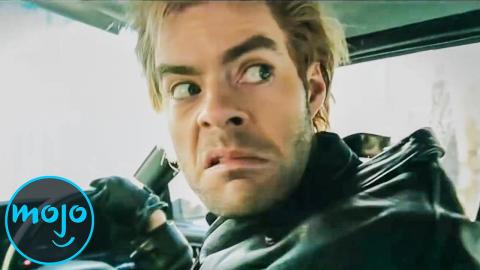 Top 10 Most Underrated SNL Sketches Of All Time 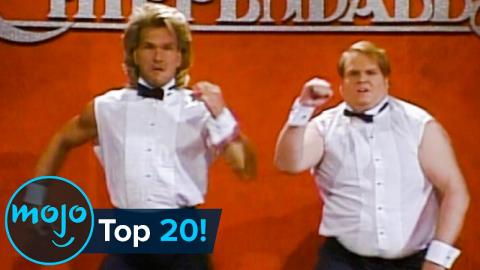 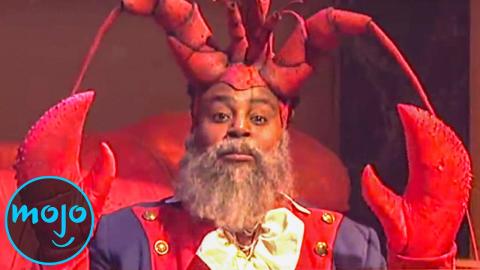 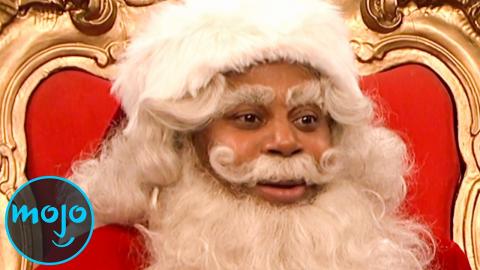 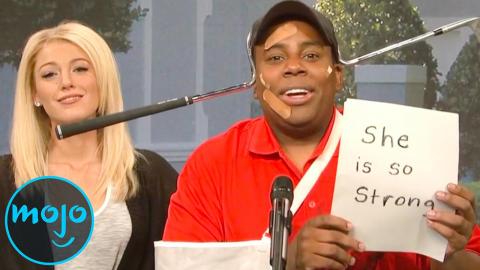 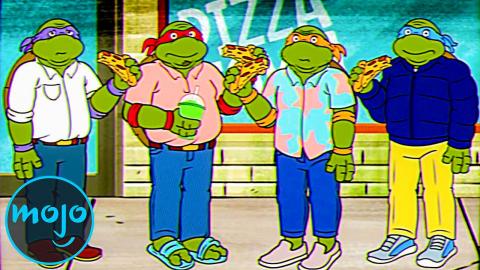 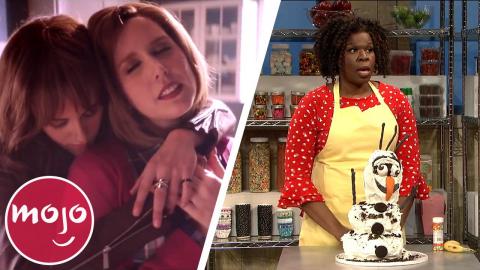 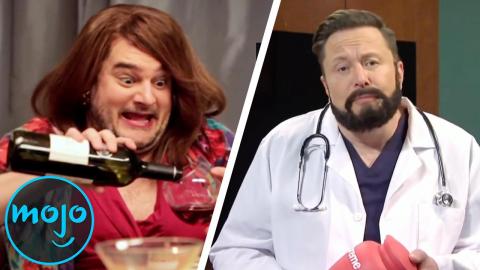 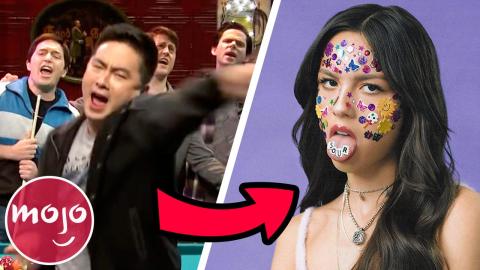 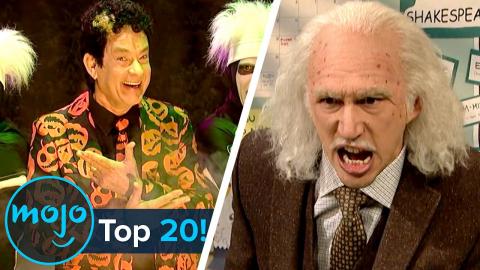 Top 20 SNL Sketches of the Century (So Far) 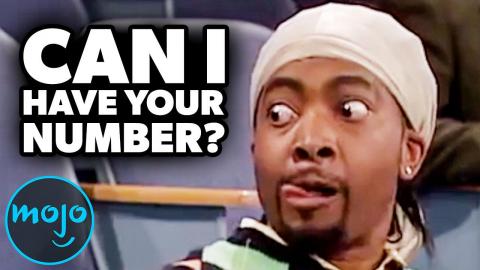 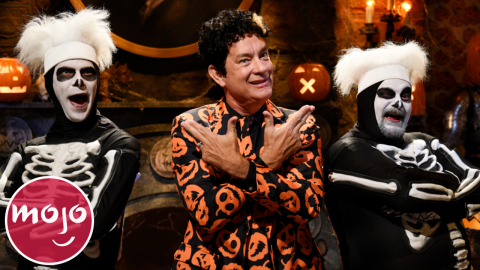 VOICE OVER: Samantha Clinch WRITTEN BY: Andy Hammersmith
How could you forgot about these awesome "SNL" sketches? For this list, we'll be looking at the most hilarious and entertaining “SNL” sketches that don't always get the recognition they deserve. Our countdown includes "Drake's Beef," "Spelling Bee," "Crime Scene," and more!
Transcript ∧


Welcome to MsMojo, and today we’re counting down our picks for the Top 10 Awesome SNL Sketches You Forgot About.

For this list, we’ll be looking at the most hilarious and entertaining “SNL” sketches that don’t always get the recognition they deserve.

Did we forget one of your favorite sketches? Let us know in the comments below.


For those who don't know, Drake had an acting career before he became a famous rapper. This makes his success as an “SNL” host even more predictable given his experience as a performer. In this music parody sketch, the rapper seems to have a beef with every cast member. Drake decides to write and perform a verse for every single person that wrongs him. By the end of the skit, he accumulates several tracks worth of comebacks for any and all things that he feels sensitive about. As he gets pettier, producer Lorne Michaels also comes by to tick him off. This premise ultimately showcases his sense of humor and adaptability in the comedy world.


What if people with short-term memory loss did theater? This sketch delivers on that premise with many fine performances by the likes of Bill Hader and Fred Armisen. Hader attempts to pass off his methods, but his students fail him one after the other. Host Vince Vaughn and an all-star cast get a chance to shine and forget their lines. As one of the standout performers, Armisen has a goofy appearance involving a large jacket and his keys. While it might seem like one joke over and over, everyone's timing helps make this an underrated moment from “SNL.”

#8: “The Judy Miller Show Live from Her Bedroom”


Gilda Radner was in the very first lineup of “SNL” and this sketch shows why she was a standout. As the titular character, she plays an energetic girl who acts out several parts in her own bedroom TV program. Without the help of any other cast members, Radner has to rely on her own skills as a performer to get through the moment. Not only is it impressive, but it's also a great reminder of the reason why the program became so critically acclaimed in the 1970s. It's a bold idea that showed the inventive and acrobatic performances that made the show an institution.


Several generations of comedians come together for this carbon copy of a "Real Housewives" reunion show. This sketch also celebrates many of the greatest female comedians in “SNL” history, allowing them to do what they do best. Everyone from Tina Fey to Rachel Dratch gets to play their best rendition of a lovably problematic housewife. For all of the great performances, Maya Rudolph is a standout for her dramatic pronunciation and amazing exit walk. Featuring some of the best to ever perform on the program, this moment features an unprecedented amount of iconic women on one stage together.


This isn't your childhood's "A Charlie Brown Christmas" special. “SNL” gives this children's classic a heavy dose of adult drama and laughs. Starring Al Pacino as Charlie, this sketch features a number of actors playing out an R-rated version of the tale. It also allows for cast members such as Bill Hader and Kate McKinnon to unleash their best impressions. Look out for Jason Sudeikis as a surprisingly great Philip Seymour Hoffman and Martin Short's surprisingly accurate Larry David performance. Retelling the story through profanity-laced tirades, this aggressive reimagining makes for a hilarious and well-acted skit.


Will Forte is the driving force behind this sketch about a nervous spelling bee contestant. In a simple premise, Forte delivers a truly off-the-wall spelling of a word. His character's trepidations produce an extended joke whereby he continues to name letters for what seems like several minutes. One of the more underrated comedians of his tenure on the show, the performer's skills make this a delightfully absurd moment. Chris Parnell follows up with a perfectly timed response that punctuates the skit for added effect. Tenacious D's appearance only makes the wild idea even stranger in a dramatic ending.


"It's Always Sunny in Philadelphia" star Charlie Day plays an absurd character in this sketch. Along with it taking place in a recreation of the “Seinfeld” apartment, it also involves a detective that doesn't know about basic pop culture. Jason Sudeikis plays a cop who gradually learns that Day’s character knows even less than anyone could have expected. Both the actors deliver hilarious performances in this homage to Abbott and Costello routines. The only thing that makes it better is that Bobby Moynihan appears as an insane version of George Costanza. With a ridiculous premise, you can tell that the writers had a lot of fun delivering this tribute to classic comedy.


Not every piece of writing on "Saturday Night Live" has to be highbrow. Take this wonderfully crazy sketch about a cat who drives a car as a perfect example. In a fake sitcom about a talented cat, Steve Martin and Victoria Jackson play its optimistic owners. Unfortunately for them, the feline doesn't seem up to the task and sends them over a cliff. Martin in particular plays off the situation well and with enough dedication to make the moment seem authentic. After watching the skit, we wish that somebody had created a real show about Toonces. It's also just funny to watch a cat puppet sitting in the driver's seat.


"It's a Wonderful Life" is a beloved holiday classic that receives a pitch-perfect parody in this sketch. Host William Shatner introduces an alternative ending to the Frank Capra film where the townspeople of Bedford Falls seek revenge on Potter. Leading an angry mob to beat up the wealthy villain, George Bailey becomes a brawler in a skit that's both highly accurate and funny. If nothing else, you get to see what it would be like if the original film went off the rails. Dana Carvey's spot-on Stewart impression is still amazing to this day, along with the additional character work from Phil Hartman and others. You have to appreciate the time put into the costumes and period details at the very least.

“Schiller Visions: Hidden Camera Commercials”
Chris Farley Gives This Sketch His All as He Trashes a Restaurant over a Coffee Prank


Who would have thought that Peyton Manning would be born to play comedy? On top of that, Manning reveals his darker side in this parody of United Way commercials. The quarterback looks after kids in what could be a nice mentorship program, but quickly turns into a twisted session from the athlete. Considering the football player's nice guy persona, this sketch plays with his clean image in a truly entertaining way. Somehow he makes swearing and throwing footballs at kids funny in a darkly comedic skit. Showcasing his range, the host proves that sports figures can have as much talent as a trained actor.
Comments ∧