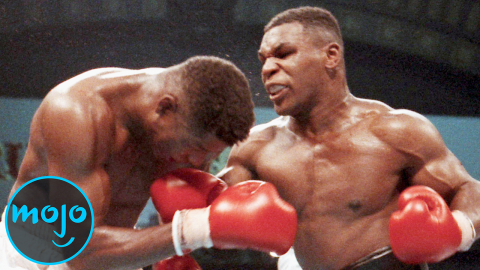 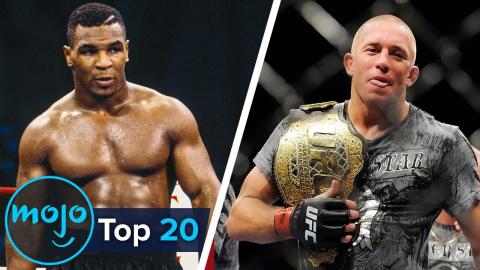 Top 20 Greatest Fighters of All Time 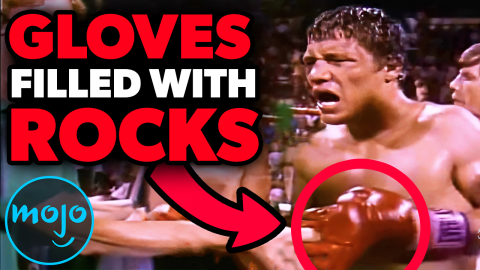 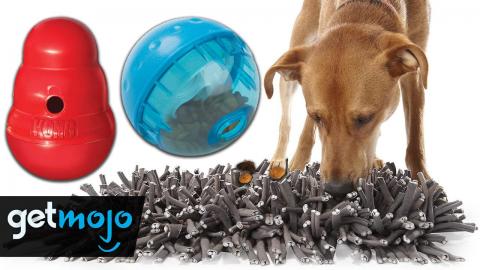 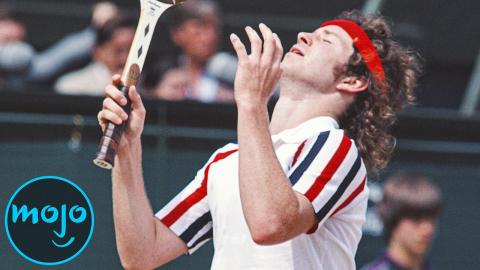 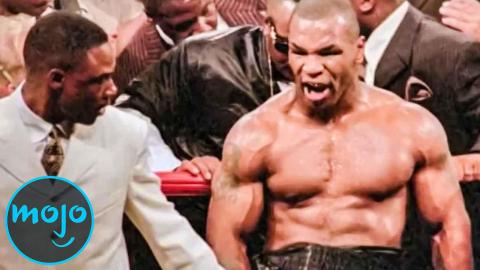 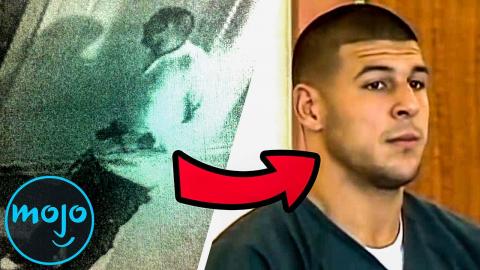 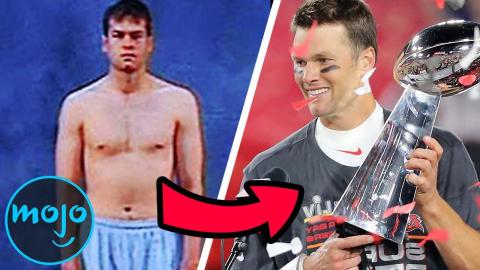 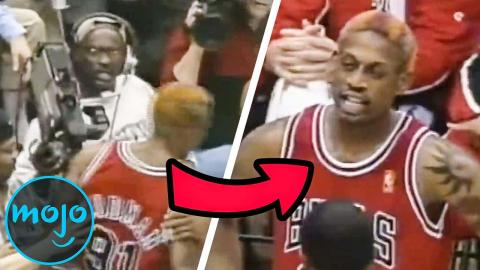 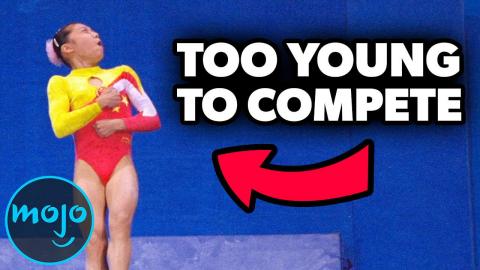 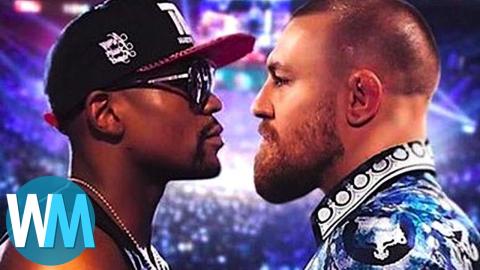 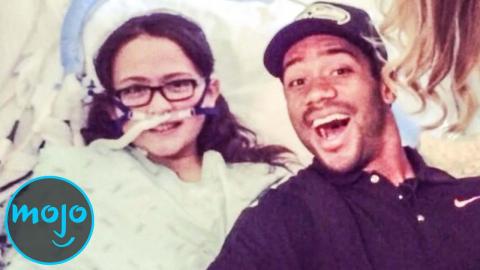 VOICE OVER: Tom Aglio WRITTEN BY: George Pacheco
You wouldn't want to get in the ring with these iconic boxers! For this list, we'll be ranking, pound for pound, the best purveyors of “The Sweet Science.” Our countdown includes George Foreman, Mike Tyson, Floyd Mayweather, Jr., and more!
Transcript ∧


Welcome to WatchMojo, and today we’re counting down our picks for the Top 10 Greatest Boxers of All Time.

For this list, we’ll be ranking, pound for pound, the best purveyors of “The Sweet Science.”

Did we leave any out? Let us know in the comments!

The world of professional boxing is full of larger-than-life personalities, athletes that tend to transcend their careers and enter the public consciousness. Carmen Basilio is not one of those immediately-recognizable names, but his reputation as an all-time great is secure in the minds of many boxing fans. That’s due, in part, to Basilio’s decision victory over Sugar Ray Robinson back in 1957, but there are many other reasons why Carmen was a tough opponent. His stamina was legendary, for starters. Simply stated: Basilio could take a punch, and he often used this endurance to wear down his opponents, before moving in for the kill. In close, Basilio was also deadly, mixing up body blows and headshots to attain victory.

Speaking of “nightmares,” the George Foreman many know today is a far cry from the beast that used to punish opponents between the ropes. Oh sure, Big George was always soft-spoken and quiet in interviews, but in the ring? A monster. He knocked out Joe Frazier in ’73, but couldn’t get the job done against Ali at the iconic “Rumble in the Jungle” a year later. That loss was one of only five Foreman would suffer out of an astonishing eighty-one bouts, and George would win sixty-eight of his fights via knockout. Foreman even became the oldest world heavyweight champion, when he came out of retirement at age forty-five!

The careers of “Smokin’” Joe Frazier and Muhammad Ali will forever be intertwined, but this takes nothing away from the enviable accomplishments of Frazier’s esteemed career. Joe was the first man to dole out a loss to Ali, but his own professional record stood at an impressive 32 wins, with 27 of them via knockout. His left hook was devastating, and many opponents never saw it coming, until it was too late. Additionally, Frazier was constantly on the move; bobbing, weaving and basically being a nightmare for anyone unfortunate enough to be standing across from him in a ring.

The numbers of Rocky Marciano are even more impressive than Mike Tyson’s, as this Italian-American legend of the ring retired from the sport undefeated at 49 and 0. Furthermore, Marciano knocked out 43 of those opponents, flat-out, thanks to Rocky’s determined in-ring style. Marciano could take a beating, particularly on the chin, while continuing to bide his time. His stamina was among the very best in the heavyweight division, and his punches made short work of anyone who stood in his way. Marciano was the sort of old-school tough guy persona many tend to associate with classic boxing, and for that, we salute him.

The case of Mike Tyson might be completely different to Carmen Basilio’s, in that he’s basically a household name from the boxing world, an athlete even those unfamiliar with the sport can easily recognize. “Iron Mike” dominated everyone in his path, and became the youngest boxer ever to win a world title in 1986, when he beat Trevor Berbick. From there, it was a road of infamy for Mike’s reputation, and injuries for his opponents, as Tyson often ended his fights in the first round. His demeanor was that of a caged animal, and he easily intimidated opponents with his heads-down, take-no-prisoners approach. 58 fights. 50 wins, 44 of them by knock-out. The numbers simply don’t lie; Mike Tyson was a baaaaaad man.

It’s tough to mix in so many different weight classes when it comes to determining pound-for-pound greatness, but no list is complete without mentioning one “Sugar” Ray Leonard. That’s because The Sweet One actually earned titles in multiple divisions, from Welterweight and Middleweight to Light Heavyweight. Leonard only lost three fights out of forty total, with thirty-six wins and a single draw to his name. Ray even found time to win the Light Welterweight gold medal at the 1976 Summer Olympics in Montreal. Like Frazier and Ali, “Sugar” Ray also had a “nemesis” of sorts in Roberto Duràn, thanks to two insanely memorable fights the pair had in 1980: “The Brawl in Montreal” and “Stone vs. Sugar.”

Every generation gravitates towards their own set of athletes, men and women that, for them, help define their favorite sports. Floyd Mayweather, Jr. is one of those for professional boxing, a lightning rod for controversy who nevertheless serves up must-see entertainment everywhere he goes. Mayweather backs it all up, though, with a perfect in-ring record of 50 and 0. His style also bucked the trend of hyper-aggressive tactics of old by employing a highly defensive technique. “Money” Mayweather always made each punch count, not to mention every paycheck, even dipping his toes into the world of professional wrestling for a small stint in the WWE.

There’s little that can be added at this point to the legacy of one Muhammad Ali. The man’s reputation is honestly larger than boxing, possibly larger than athletics in general. Ali was a folk hero, and sometimes a villain. A technician in the ring, and a headline in every newspaper. His showmanship was unparalleled, and often mimicked that of pro wrestling, an artform for which Ali held admiration. But there was little joking to be had when it came to Ali’s boxing dominance, nor his influence to generations of athletes in his wake. Five losses out of sixty-one fights, with thirty-seven hard-hitting knockouts: Ali would tell you himself, “I am the greatest.”

Twenty-five in a row. This was how many times the legendary Joe Louis successfully defended his world heavyweight championship after winning it in 1937. He’s an icon of the sport, particularly during a time of political upheaval. This was demonstrated in his feud with German boxer Max Schmeling, specifically his rematch that took place as World War II was about to take center stage. Billy Conn was another noteworthy opponent for Louis, but this mattered little to the sixty-six men that fell before Joe’s formidable fists: this was truly one of boxing’s all-time greats.

Before we name our number one pick, here are some honorable mentions!

“Sugar” Ray Robinson was the boxer’s boxer. The yardstick against which all other pretenders to his throne would be measured. Unlike other examples on this list, Robinson fought a LOT, 201 bouts, to be exact. And he won 174 of them, with over a hundred knockouts. His personal style was flashy and full of charisma, laying down groundwork for the Muhammad Alis that would eventually arrive in his wake. Meanwhile, Robinson’s in-ring technique was unpredictable, because he could simply do it all. Defensive fighting? Check. Aggressive jabs and uppercuts? Sure. Ray could even come at opponents with guns blazing, knocking them out with either hand, with split-second accuracy. All hail the king.
Comments ∧