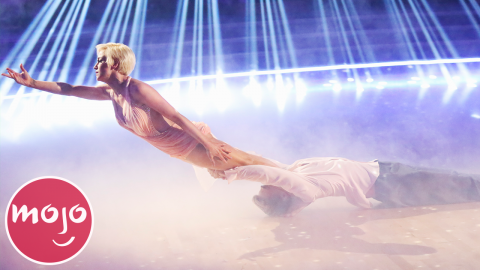 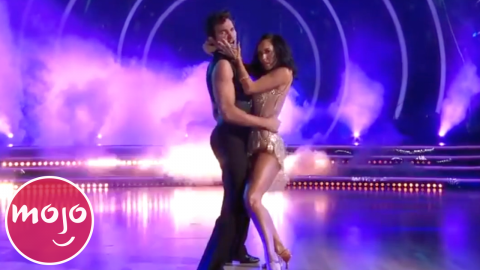 Top 10 Best Samba Dances on Dancing with the Stars 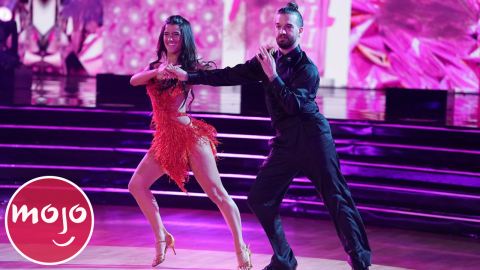 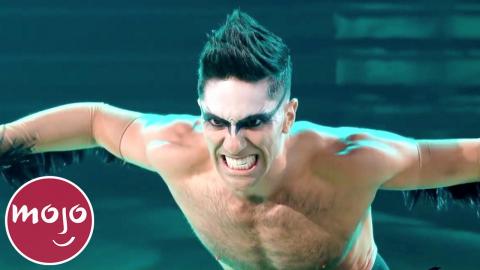 Top 10 Best Paso Doble Dances on Dancing with the Stars 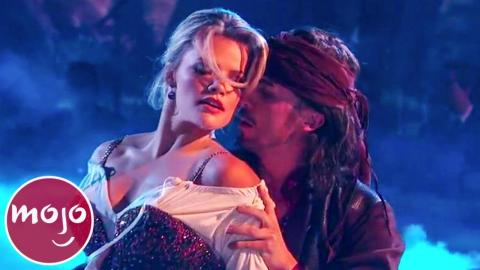 Top 20 Witney Carson Performances on Dancing with the Stars 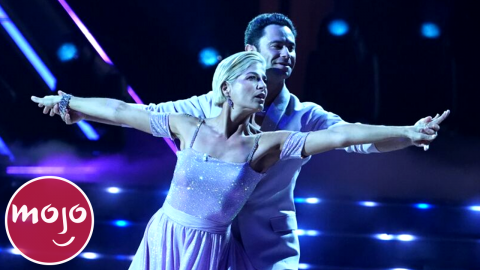 Top 10 Most Emotional Dances on Dancing With the Stars 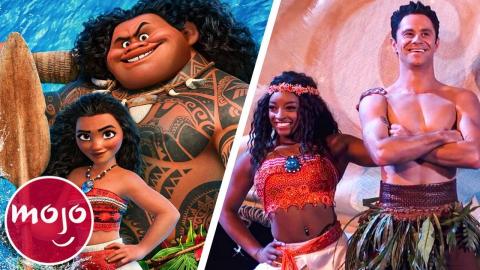 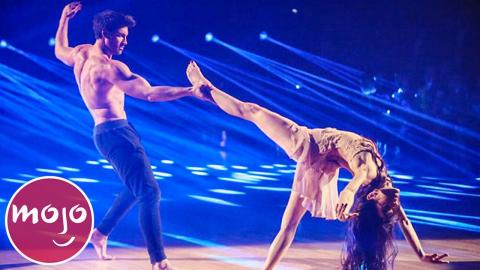 Top 10 Hardest Dancing with the Stars Routines Ever 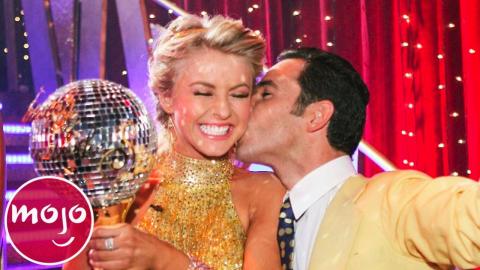 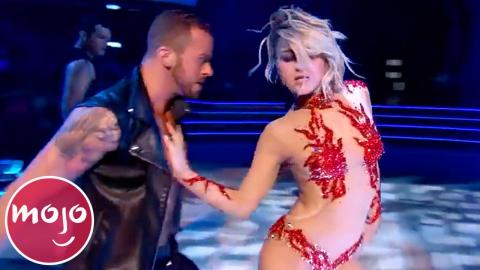 Top 10 Julianne Hough Performances on Dancing with the Stars 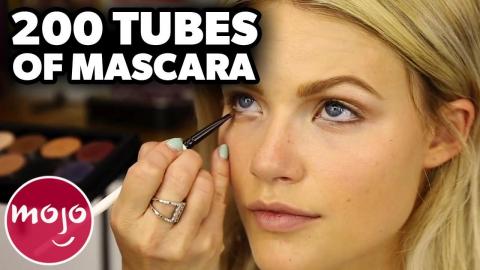 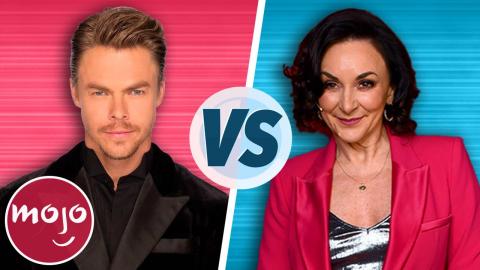 Dancing with the Stars VS Strictly Come Dancing 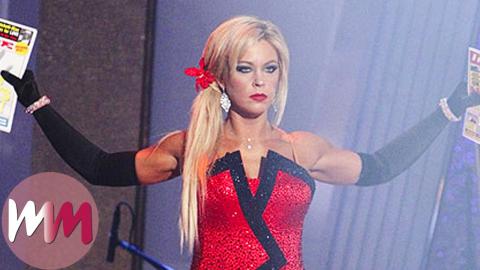 VOICE OVER: Phoebe de Jeu WRITTEN BY: Tori Serpico
These "Dancing with the Stars" freestyles dances had us all on our feet. For this list, we'll be looking at the most spectacular final performances from across all thirty seasons of the series! Our countdown includes Amber Riley & Derek Hough, Kellie Pickler & Derek Hough, Shawn Johnson & Mark Ballas, and more!
Transcript ∧


Welcome to MsMojo, and today we’re counting down our picks for the Top 10 Dancing with the Stars Freestyles Dances.

For this list, we’ll be looking at the most spectacular final performances from across all thirty seasons of the series!

Which professional dancer from the show would you want to be paired with for one of these incredible freestyles? Let us know in the comments!


“I Won’t Dance”? We beg to differ! Actor and musician Riker Lynch absolutely nails this Fred Astaire-inspired routine with maximum class – and a fair deal of sass! The modern twist Alison incorporated into the traditional, old-fashioned style of this jazz standard is super innovative and tons of fun to watch. Riker shines throughout, not just keeping up with the pros, but standing out among them like a true leading man! Sadly, Riker and Allison fell short of the mirror ball trophy as runners-up. But, hey, their top hats and infectious smiles make them winners in our book.


Back in the wild west, this freestyle is what they’d call an ace in the hole! The saloon-style stage and aptly costumed cowboy backup dancers are eye-catching details before the dance even begins. But, what truly makes this performance pop is the mega confident and expressive Amber – she’s got moves for days! Her front-and-center step dance is mesmerizing, and she never once misses a beat. Her partner Derek clearly knew how to showcase her talent, choreographing a creative piece that ultimately won them the whole competition! If that’s not rootin’-tootin’, we don’t know what is!


What’s more super than Mario? This performance, maybe! Sadie and Mark’s Nintendo-themed freestyle is one of the most unique the show has ever seen, and it’s exceptionally well-executed. We get the classic soundtrack, stellar costumes, backgrounds from the games, and even cameos from Luigi and Toad. The incredible attention to detail is what brings everyone’s favorite video game to life throughout this routine. With all that on top of the creative, energetic choreography, Mark and Sadie succeed in bringing the audience inside the world of Mario. The end of the number has us looking for a quarter to go another round.


Yeehaw, y’all! This early years performance was groundbreaking for the series at the time. Back in 2006, freestyles up until that point hadn’t been nearly as thematically creative, and rarely pushed the envelope. Drew and Cheryl totally changed that, and set the bar for future pairs. Even with the simplicity of the stage, the raunchy choreography, impressive lifts, and, of course, the cowboy inspired attire made for a history-making dance for the ballroom. All we’re going to say is if high-standards judge Len is impressed then you know you’ve seen some mighty fine steppin’.


This gorgeous lyrical piece is bound to give you the chills! Kellie Pickler, singer and former American Idol contestant, could easily be confused for a professional dancer during this number. She and her partner Derek execute incredible acrobatics that require tons of strength, and they manage to do so with a beautiful grace. Without any backup dancers or fancy set pieces, Kellie and Derek are the center focus of the performance – their dancing is more than enough to fill the stage and hold your attention. Their emotions are also so powerful throughout, it’s impossible to watch this dance without feeling deeply moved.


As a deaf man, actor and model Nyle DiMarco was, at first, fearful of coming onto the show and being unable to keep time with his partner. He felt a large responsibility to properly represent the deaf community. As we can see through this freestyle set to “The Sound of Silence,” Nyle is an amazing dancer and he has great chemistry with his partner, Peta. The duo came up with signals to keep Nyle on beat and the results are fantastic. Their movements both together and apart are powerful and emotionally evocative, and the striking fiery piano only serves to further intensify their dramatic performance. Nyle would go on to win the competition, becoming the first deaf person to do so!


We’ll say it: Mark Ballas is a genius. And the same can be said of his celebrity partner, Lindsey Stirling, the world-class violinist. Mark’s choreography for this piece is designed around that fact, not only showcasing Lindsey as a dancer, but as a musician as well. Lindsey playing the violin as she dances – and gets flipped around by Mark– is an incredible feat! That move alone makes this freestyle one for the books. But, tricks aside, these two clearly have a blast dancing together, and may have the best facial expressions of any pair we’ve seen!


Broadway star Jordan Fisher already had some dancing chops before stepping into the ballroom, so his final dance had to be a showstopper – and it is! His fancy footwork skills are no joke, and they take center stage among the moves of the other professional dancers. The set and lighting design of this freestyle are larger than life, and certainly fit to accentuate their talents. This dance has non-stop energy, and is more technically complex than most performances seen on the show. Even watching at home feels like a whole spectacle!


When a routine begins with a costume reveal, you know you’re in for a good time! Once again, Mark knows exactly how to make his partner’s strengths shine. It wouldn’t be bold to say that Olympic gymnast Shawn Johnson’s freestyle is one of the most acrobatically daring that the show has ever seen. These lifts and flips are seriously intense! Their dance is impossibly, relentlessly fast-paced and energetic – there isn’t a dull second of this performance. Shawn won the competition, and even went on to compete in the All-Star season!


Alfonso’s joy while dancing is completely infectious; he’s a natural born performer! This dance is everything a great freestyle should be: filled with energy, technically impressive, and demonstrative of the many styles of dance Alfonso has picked up over the course of the season. The pair swiftly transitions between jazz, hip hop, and tap with ease. Witney deserves major props for choreographing such an engaging and entertaining number! Alfonso was a fan-favorite during his run on the show, and is now returning to “Dancing with the Stars” as a host in season 31!
Comments ∧