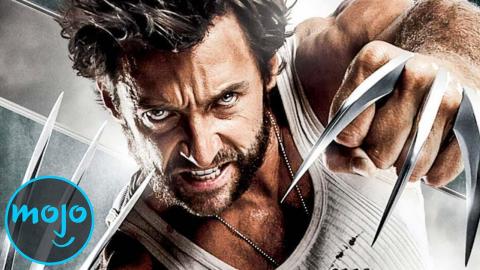 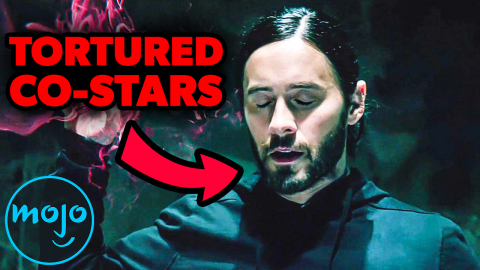 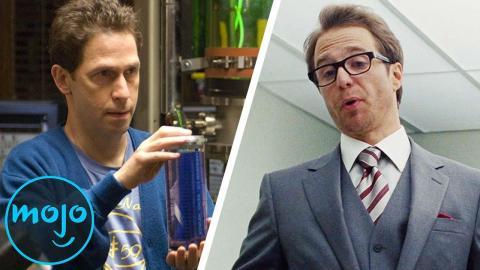 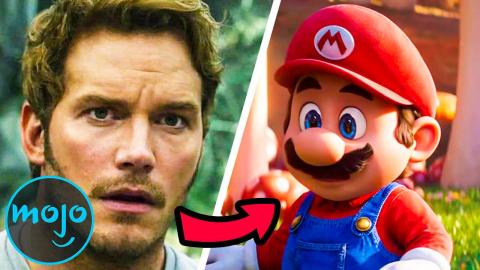 Top 20 Most Controversial Movie Castings of All Time 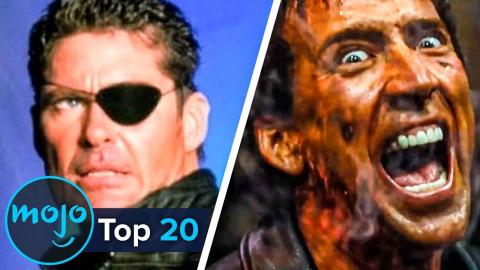 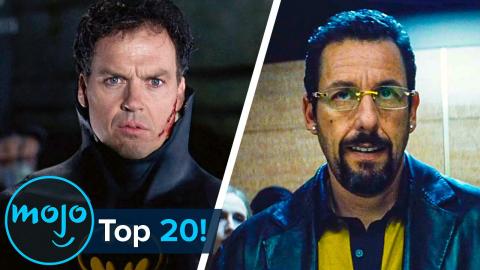 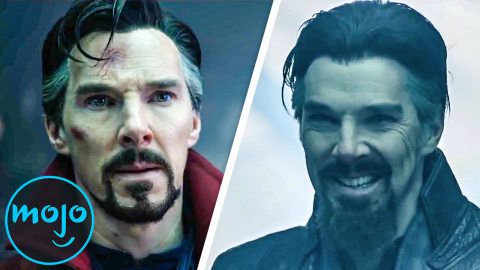 Most Anticipated MCU Releases in 2022 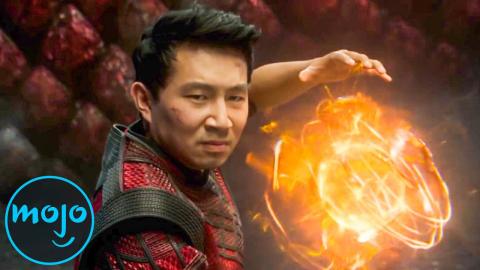 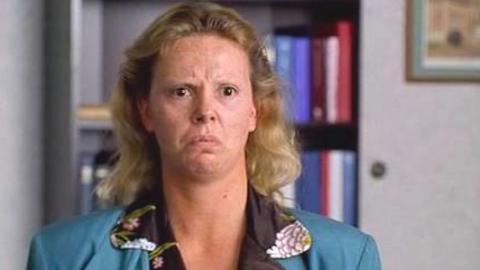 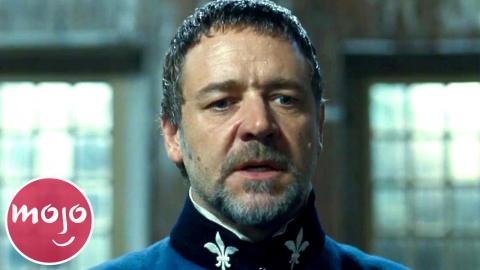 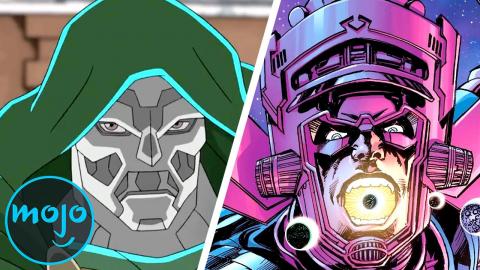 Top 10 MCU Villains Being Set Up for Phase 5 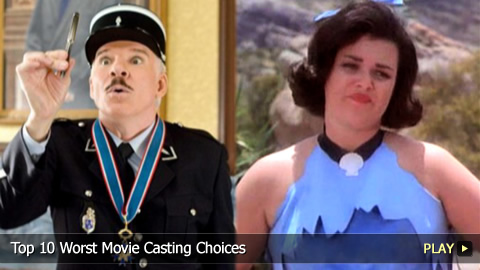 VOICE OVER: Rebecca Brayton
The sooner these Marvel characters make their MCU debuts the better! For this list, we'll be looking at characters that have been rumored to be appearing the next phase of the MCU (leaked or otherwise), or who fans think will soon appear in the MCU. Our countdown includes Mephisto, The Young Avengers, Wolverine, and more!
Transcript ∧


Welcome to WatchMojo, and today we're discussing our picks for 10 of the Most Speculated MCU Appearances.

For this list, we'll be looking at characters that have been rumored, reportedly leaked or who fans think will appear soon. For added fun, we’ll show how speculation has caused the value of key issues to rise because they feature these famous Marvel mainstays. Since prices may shift over time, we'll give you the information you deserve and let you know that our estimates were current as of March 25, 2022.

Which of these characters would you be most excited to see brought to life in the MCU? Let us know in the comments below!

This list is brought to you by CovrPrice.com, the ultimate online resource for comic collectors! Want to know what comics are trending or what your collection is worth? Check below for the link and visit them today.


Although we were all confident Mephisto would be “WandaVision’s” big bad, he never popped up in Westview. Later on, fans turned to “No Way Home” and claimed Doctor Strange could be Mephisto in disguise. But it was just a reckless wizard. Today, Mephisto’s appearance has become a bit of a running joke. Fans make a game looking for him in MCU trailers and shows they’re playing a sinister Where's Waldo? At the same time, the value of his first comic appearance in 1968’s Silver Surfer #3 has significantly gone up in value. With prices ranging from $1,000 for an ungraded issue and up to $38,000 graded, it’s clear fans want to see more of this devilish character.


There's palpable speculation that Henry Cavill has flirted with playing or is being pursued by Marvel to play Captain Britain. Outside of the fake concept art people can find online, there was groundwork laid for his appearance in “Avengers: Endgame.” During Tony and Steve’s 70s time travel stint, Peggy Carter mentions that a man named Braddock hadn't recently checked in. That just so happens to be the civilian surname of Captain Britain himself. Could this have been the English hero’s dad? While we’re unsure if Braddock will crossover with Captain Cater, we know high grade issues of first appearance in 1976's Captain Britain #1 sell for $2,000.

#8: The Dark Avengers or the Thunderbolts


We saw Countess Allegra de Fontaine recruit a few people in 2021. Sometime after the snap, she secured the services of both US Agent and Black Widow Yelena Belova. Both characters have definitely gone to dark places in the past. So, speculation is rampant that they’ll join a team that includes captured villains or characters with morally gray pasts. Traditional Thunderbolts team leader Baron Helmut Zemo has been long established in the MCU. Meanwhile, “No Way Home” showed us how Dark Avengers captain Norman Osborn could arrive. Comic sales hint at which team fans might prefer. Currently, the first Thunderbolts appearance in 1997's Hulk #449 is valued higher than 2009's Dark Avengers #1. But honestly, we’d be happy with seeing either sinister team in live-action.


The Nova corps were infamously decimated by Thanos prior to the snap in “Avengers: Infinity War” so he could get the Power Stone. While the Nova Corps may be down, they’re certainly not out. Kevin Feige publicly mentioned that the hero known as Nova will appear in the MCU. Those rumors were seemingly confirmed when reports started flying that “Moon Knight” writer Sabir Pirzada is attached to the project. At this point, the only question is which version of the character we’ll see. While Richard Riders' first Nova comic appearance can sell for more than $2,000 graded, Sam Alexander’s first appearance can trend up to $400 graded. It’s exciting to think one of them might lead a Nova Corps comeback.

In the comics, the Atlantean Namor and Black Panther had serious beef. This is one of the reasons there are strong rumors the aquatic character will appear in “Black Panther: Wakanda Forever”. Prior to this point, Okoye reported underwater earthquakes off the coast of Africa. Based on casting around the “Black Panther” sequel, actor Tenoch Huerta would play Namor. The character’s first bronze age appearance in 1968's Prince Namor: The Sub-Mariner #1 is trending at around $2,400. But that’s small fish compared to the graded copy of his appearance in 1939's Marvel Comics #1 that sold for over $2.4 million. If that’s how much it’s worth now, imagine how valuable one of his comics will be if he swims into Wakanda in live-action.


Major members of this youthful alliance of heroes have been popping up a lot in the last two years. A potential Patriot debuted in “Falcon & Winter Soldier”, Billy and Tommy Maximoff had enchanting roles on “WandaVision” and Kate Bishop established herself as Hawkeye. While we’re still waiting for members like the teenage Kang AKA Iron lad, the team foundation is here. Although the premiere of the Young Avengers premiere feels inevitable at this point, no official announcements were made by the time Kate shot her last arrow in “Hawkeye”. The debut of these fan favorites in 2005's Young Avengers #1is valued over $200 ungraded and up to $900 graded. But seeing them finally team up in the MCU would be priceless.


Thanks to “Spider-Man: Into the Spider-verse”, we got to see an authentic Black and hispanic character step into the main hero role in an uplifting film. The tremendous story made fans hungry to see a live-action Miles. In March 2022, multiple members of the famous Smith family hinted that Jaden Smith could swing into the role. Meanwhile Miles’ first appearance in 2011's Ultimate Fallout #4 went from once being a $50 book to having a value of over $3,000 graded. The high cost is reflective of how important this beloved Spider-man has become in recent years. We know that many fans and at least one Electro would welcome a live-action Miles with open arms.


The famous Illuminati group was founded by characters like Professor X and Mr. Fantastic. After the “Dr. Strange” sequel trailer hinted at the team, fans became convinced a version of Reed Richards will show up there. Before this point, fans thought the mysterious contact Monica Rambeau knew in “Wandavision” was the future Mr. Fantastic. But a “Strange” appearance is potentially more exciting because multiverse rules mean Ioan Gruffudd could reprise his role. Then again, Marvel could fulfill fan casting dreams by revealing John Krasinski is Richards. No matter which actor may appear in “Dr. Strange 2”, getting 1961's The Fantastic Four #1 could hurt your wallet. Knowing a high grade copy sold for $264,000 in 2021 shows anticipation is high for the stretchy hero.


Fans have been desperately waiting to see MCU mutants. A voice that sounded like it belonged to Sir Patrick Stewart in a Doctor Strange trailer teased he’ll reprise his role by the end of 2022. Outside of Professor X, there’s been strong rumors building around Rogue. Famous for her ability to absorb other mutant powers, a pivotal fight with Carol Danvers started a bitter relationship between them. Fans have gone so far as to assume actress Zawe Ashton’s unknown role in “The Marvels” will actually turn out to be a villainous Rogue going after Captain Marvel. Ungraded copies of the first 1963 X-Men Appearance are going for around $7,000. Expect high-graded copies to hit all-new highs when a mutant appears.


There are few characters wanted more than the sharp Wolverine. While Hugh Jackman slayed as the character, fans would still like to see an actor closer to the mutant’s traditional 5’3 height in the role. Leading actors like Daniel Radcliffe and Taron Egerton are constantly brought up when talking about the claw-wielding, rapid healing mutant. There’s even a tongue-in-cheek change.org petition to get Danny Devito to play the role. Regardless who straps on the claws, Wolverine is a powerhouse Marvel favorite. His first appearance in Incredible Hulk #181 averages almost $4,000 ungraded and up to $86,000 in high grade. That comic might become more valuable than Wolverine’s adamantium claws once this mutant slashes his way into the MCU.


This list is brought to you by CovrPrice.com, the ultimate online resource for comic collectors! Want to know what comics are trending or what your collection is worth? Check below for the link and visit them today.
Comments ∧