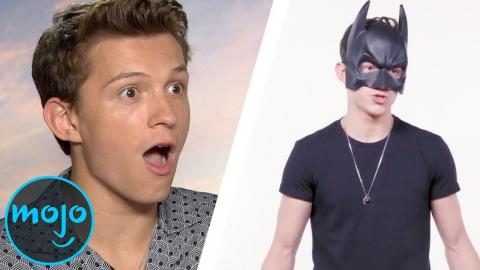 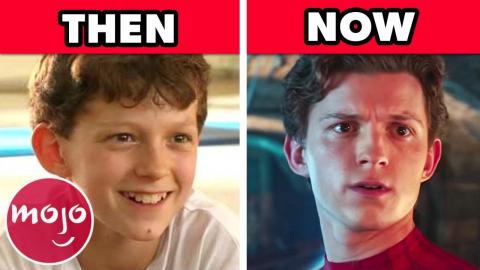 The Unbelievable Rise of Tom Holland 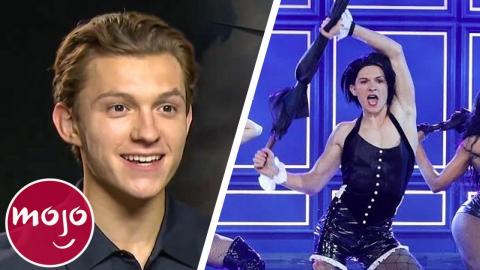 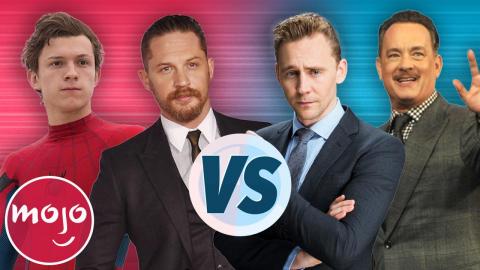 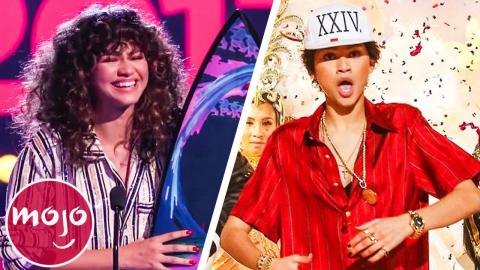 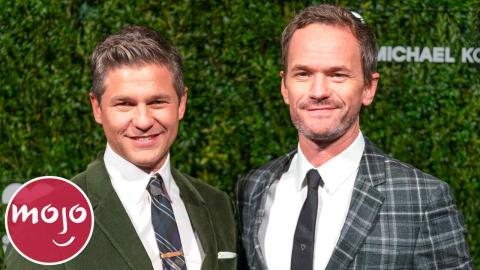 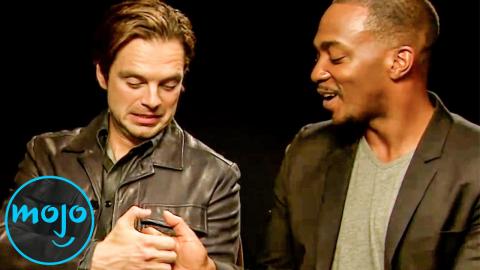 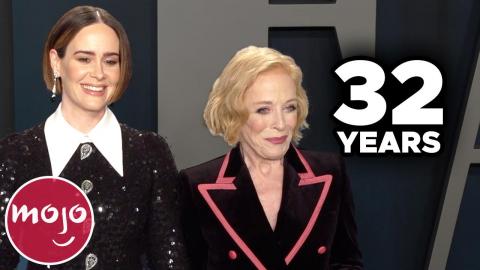 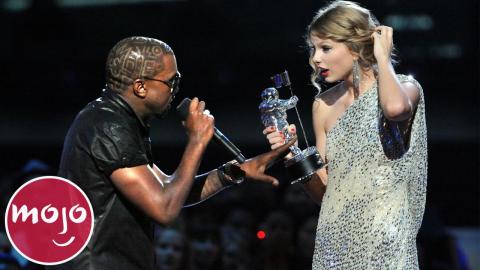 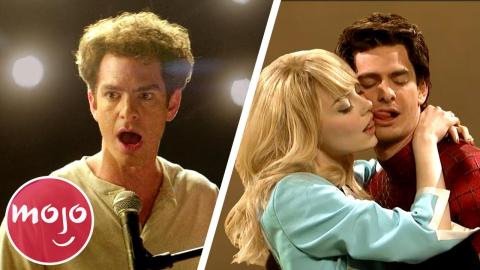 Top 10 Moments That Made Us Love Andrew Garfield 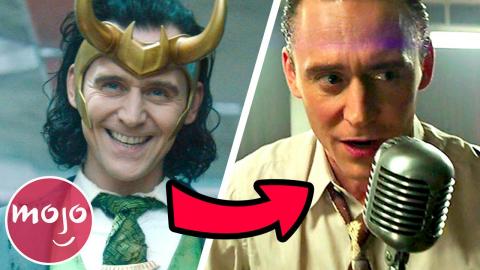 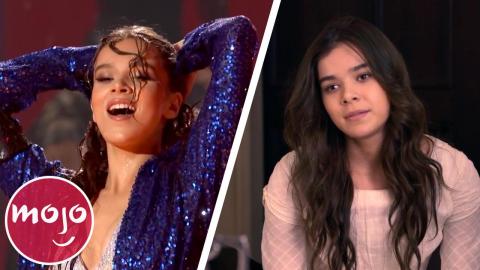 Top 10 Moments That Made Us Love Hailee Steinfeld

Top 10 Moments That Made Us Love Tom Holland

VOICE OVER: Rebecca Brayton WRITTEN BY: Adriana Travisano
We love Tom Holland and we heard that he loves WatchMojo! For this list, we'll be looking at Tom Holland's funniest, sweetest, and most endearing moments! Our countdown includes when he played with puppies, he's involved in charity, his relationship with Tessa, and more!
Transcript ∧

Top 10 Moments That Made Us Love Tom Holland


Welcome to MsMojo, and today we’re counting down our picks for the Top 10 Moments That Made Us Love Tom Holland.

For this list, we’ll be looking at Tom Holland’s funniest, sweetest, and most endearing moments! Quick spoiler warning for “No Way Home” if you still haven’t seen it. (Seriously, get on that though!)

Before we get started, don’t forget to swing on down to the comments and let us know what you love most about Tom!


We can all agree that “No Way Home” was legendary, to say the least! Seeing all three of our favorite Spider-Men work together to defeat their villains… it doesn’t get more epic than that! Tom’s acting is always phenomenal, but you can tell he really put his heart and soul into this film. When he sobbed during Aunt May’s death, we sobbed with him. When Green Goblin had him seeing red, we saw red with him. When he found MJ and Ned at the end of the movie… Yeah, back to those sobs. Even Tom was crying by the end of the screening for his own movie which, honestly, only makes us love him more!

#9: When He Played with Puppies
BuzzFeed


Remember when Tom advocated for pit bulls and dismissed their stereotype of being dangerous? Yeah, so do we. Seriously, how could we forget this interview? Tom plus puppies equals cuteness overload! That’s about all the rational thought you’re going to get from us on this one–and from Tom, too, apparently, because he struggles to answer questions through the entirety of this interview. We can’t say we blame him! We all get distracted when there’s a dog in the room, never mind several puppies hopping around all over the place. There’s a lot going on, here, but probably the best moment out of the whole video is Tom oh-so casually imitating one of the puppies. Roll the clip!


Between Tom Holland and Mark Ruffalo, it’s a miracle anything at Marvel stays under wraps! Probably the funniest instance of this is Tom opening up the movie poster for “Infinity War” on his Instagram live, sent by who other than Mark Ruffalo himself? By the time Tom picks up the letter, marked “CONFIDENTIAL: Do Not Share”, he’d already shown the poster to everyone and read the title aloud. He’s also let a few spoilers slip during interviews, and though they’re never too bad, his reactions are always very endearing. Still, he can’t be worse than Mark, right? [SB: Mark: “Everybody dies…”]


It’s kind of a given that Tom would support his parents’ trust, but the extent to which he’s involved in it is admirable. He’s constantly promoting it on his socials, doing challenges, and participating in different campaigns to raise funds. The Holland brothers also have a podcast where they talk about The Brothers Trust, their merch, where funds go and how they’re used, and other information about their work. If you haven’t heard about The Brothers Trust, they raise funds for smaller charities that often don’t get as much attention and ensure donations are used effectively. To find out more, head to thebrotherstrust.org.

#6: When He Stopped a Whole Interview Because Zendaya Walked In
“Entertainment Tonight” (1981-)


The best part about this is how genuinely enamored he looks. And, who can blame him? It’s Zendaya, for crying out loud! In the middle of an interview with Entertainment Tonight at the “Spider-Man: No Way Home” premiere, fans start yelling in the background, which is a pretty good indicator that someone special has arrived. Tom doesn’t even need a second glance to know it’s Zendaya, but he stops to look at her anyway for what ET says is a full fifteen seconds. Can we swoon yet? Too late, we’re swooning!

#5: What He Had to Say About Being Shorter Than Zendaya


We’re not sure why this was made into as big of a conversation as it was, but we did get some great responses from Tom, Zendaya, and even Jacob Batalon in a SiriusXM interview. The core of their message is to just be yourself. It’s a strange and, honestly, misogynistic assumption that women shouldn’t be taller than their male partners, and the three of them seem to echo this sentiment. Plus, the couple’s height difference makes for some pretty funny stories about web-swinging on set. Tom is obviously not an insecure person, which is yet another reason we admire him so much. Also, if that Instagram post he liked is anything to go by, we’re sure he’s doing just fine!

#4: His Relationship with Tessa


Here we go with the Tom plus cute dog combo again! Not only is being an animal lover such an attractive quality, but the way Tom advocates for the Staffordshire Bull Terrier breed as a whole is so wonderful. Any time he brings Tessa to interviews or press events is definitely a treat–pardon the pun–and she totally steals the show! Tom is so sweet with her and it’s obvious they share that incredible bond only pet owners know. If you’ve followed his socials for awhile, you’ll remember all the Instagram stories he used to post with her and just how adorable the whole thing was!

#3: When He Visited the Children’s Hospital
Children's Hospital Los Angeles


Kids have been fans of superheroes for as long as comic books have been around, and that probably won’t ever change. In 2017 and again in 2019, Tom visited the Los Angeles Children’s Hospital and fulfilled his hero duties of spreading a little extra cheer. Not only is he great with the kids, he also stays wonderfully in character. The fact that Tom does a lot of his own stunts means that he can also do this: [SB1: Tom does a backflip], making him feel all the more like the real Spider-Man! He does, however, have a habit of using up all his webs before meeting the kids…

#2: His Lip Sync Battle with Zendaya


Nearly four years later and this is still probably the most popular episode of “Lip Sync Battle”. So much so that it’s still talked about today–truthfully, we don’t think we’ll ever get over it. We knew Tom was a great dancer from “Billy Elliot”, but this is a whole other kind of performing! One of the things we like most about the actor is how comfortable he is in his own skin, and this is a perfect example. He’s not just there for the parody–he crushes this performance! It’s difficult–and we mean difficult–to outdo Zendaya of all people, so it’s no wonder we’re all still so obsessed with this!


Yes, this is a little self-indulgent, but can you blame us? We’re honestly a bit nervous to post this given that he might actually see it! (We love you, Tom!) If you haven’t seen the clip we’re talking about, WatchMojo’s Rebecca Brayton interviewed the “Far From Home” cast back in 2019, and Tom and Jacob both chimed in saying they love WatchMojo. It’s not very often we get to see celebrities fangirl–and definitely not over us! Either way, we got a little bit of an ego boost that day, and we might love Tom just a little more for it!
Comments ∧