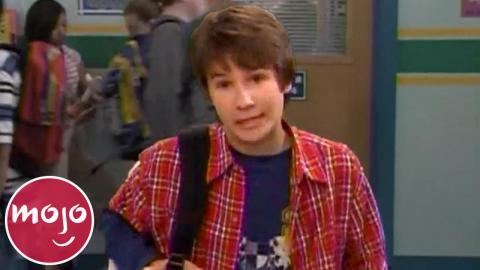 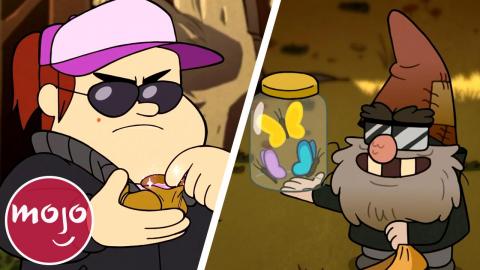 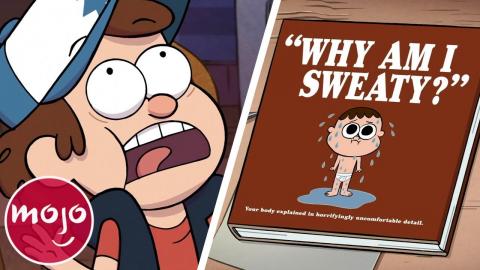 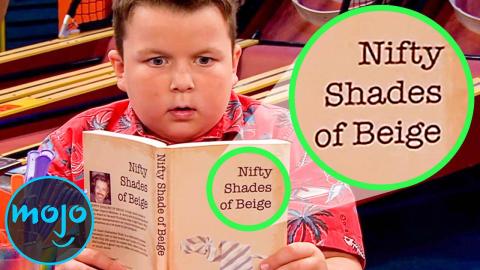 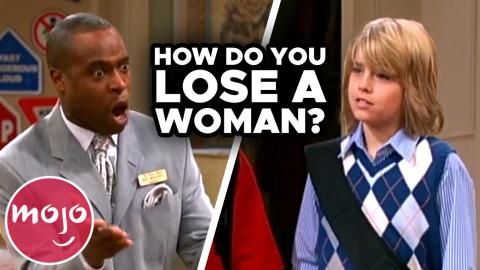 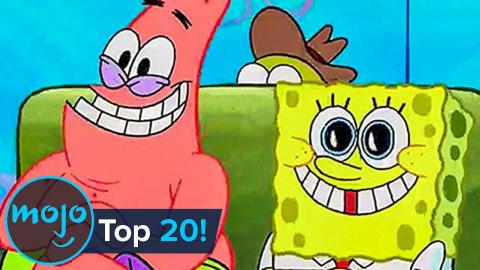 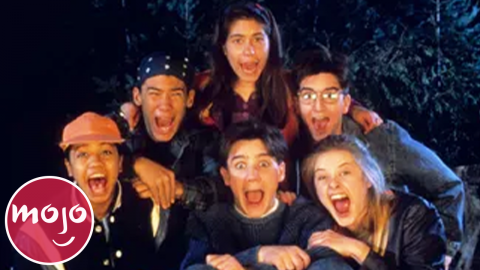 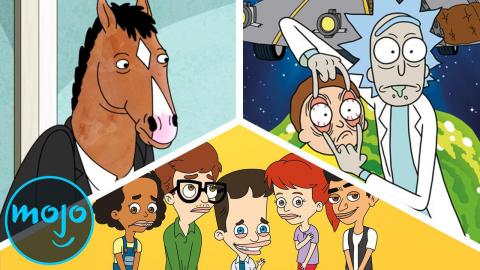 Another Top 10 Cartoon Shows For Adults 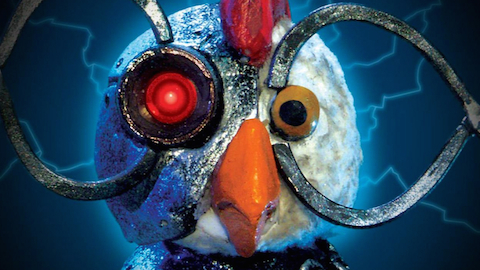 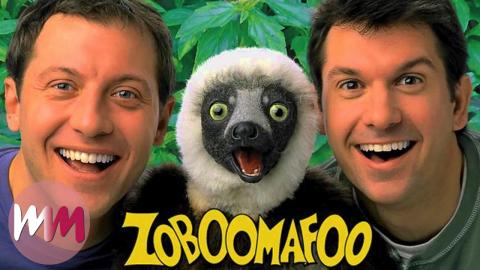 Top 10 Shows from Your Childhood That'll Make You Nostalgic 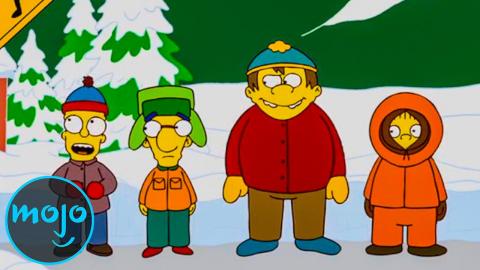 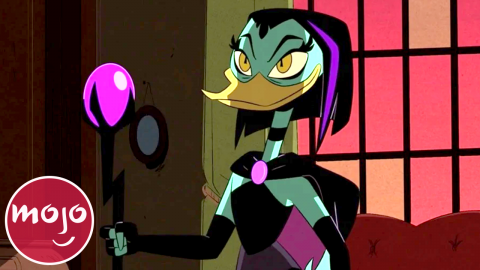 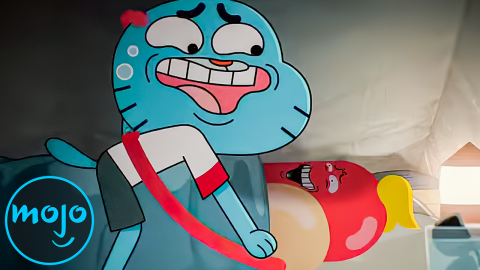 VOICE OVER: Phoebe de Jeu WRITTEN BY: Adriana Travisano
Growing up with their audienes, these kids shows needs adult versions. For this list, we'll be looking at our favourite children's TV shows that deserve a spinoff targeted at adults. Our countdown includes "Kim Possible," "Recess," "Lizzie McGuire," and more!
Transcript ∧


Welcome to MsMojo, and today we’re counting down our picks for the Top 10 Kids Shows That Need Adult Versions.

For this list, we’ll be looking at our favourite children’s TV shows that deserve a spinoff targeted at adults.

Which kids show do you still watch? Let us know in the comments!


While we did get to see more of Zack, Cody, and some of their hotel gang in “The Suite Life on Deck”, we can’t help but wonder what a “Suite Life” series would look like if it were aimed at adults. There was quite a bit of humour written for mature audiences to begin with and, with the exception of the twins, everyone on “The Suite Life of Zack & Cody” was over the age of 18. Either way, all of the cast from both shows are adults now, so a more grown-up version of the series would be pretty fitting. Hear us out: It follows Zack and Cody off at college and it’s called “The Suite Life of Dorm Rooms”. Yes, we’ll hold for applause.


While “Kim Possible” still holds up really well today as far as cartoons go, we think some more freedom outside of Disney’s borders could have been really cool. The show already has a ton of awesome action and some plot points that are easily nightmare fuel. We can’t help but wonder what an adult version would have been like! There’s no doubt KP can handle anything thrown her way, but heavier themes that see her folding under the pressure every once in a while would be perfect for an older audience. Plus, the jokes in the show were hilarious; we can only imagine what the writing team would come up with for adults!


Petition to let Doofenshmirtz curse--and we don’t mean cursing Perry! [SB: “Curse you Perry the Platypus!”] “Phineas and Ferb” is a show that still has a huge fanbase today, most of which are now adults. While the series is, for the most part, sunshine and rainbows, it has also managed to touch on darker themes every so often. “Across the 2nd Dimension”, for example, was a surprising tone shift, but one that was super awesome. This is a show that doesn’t even have a real villain, so we’ll take heavier storylines any day! We think a revival of the show that takes place during high school summer break would be Ferb-tastic! Mom! Phineas and Ferb are making an aged-up spinoff!


“Codename: Kids Next Door” was a pretty wild show, even with its target audience being kids. While the operatives of Sector V fought valiantly against the world’s evils--like homework and flossing--we have to wonder if they were ever decommissioned. Something tells us they were exempt from this practice… Which would make for the perfect reboot of the show! We’d love to see the members of the Kids Next Door get together to battle the evils of teenagehood or adulthood. Considering the storylines were already intense in later seasons of the show, we just know an adult version of it would be absolutely amazing.


We would pay good money for a spinoff of “Recess” that takes place in high school. Call it “Lunch”! This was one of those shows that always felt a little more grown-up than it was, but that might be true for anything that aired in the 90s. It would be insanely cool to see the gang as teenagers navigating their way through high school, or even as college-aged kids figuring out how to be adults. There are already mature themes coded in “Recess”, but we would imagine a version aimed at older audiences wouldn’t have to do nearly as much waffling around the heavier stuff. Plus, we just have to know if TJ and Spinelli ever got together!


“Lizzie McGuire” is a show that never shied away from the real stuff. We didn’t even think the word “bra” was allowed on Disney Channel! Episodes like that were so important to so many of us growing up, and we’re positive an aged-up version of “Lizzie McGuire” would only have the same impact. While Lizzie might not be in school anymore, a show about her navigating the adult world alongside Miranda, Gordo, and even her brother, Matt, would be, like, totally awesome! This seemed along the lines of where the reboot was headed but, unfortunately, it was axed before barely making it to production. We’re still holding out hope though because... let’s say it all together: That’s what dreams are made of.


Here’s a franchise that needs to allow swearing in at least one of their instalments. Zoinks and Jeepers were cute when we were kids but now that we’re older, the satisfaction we’d get from hearing Fred drop an F-bomb is unmatched! Something on par with the tone from the “Supernatural” episode with Sam and Dean would be incredible! The mystery gang is so iconic--and has been for several generations--that it only seems right to have an adaptation directed at adult audiences. Just imagine a Scooby series with the darker themes and heavier plots of a crime drama. Now, that’s what’s new, Scooby-Doo!


Look, we’re not trying to corrupt all your favorite childhood shows but… Yeah, okay, maybe we are a little bit. A revival of “Blue’s Clues” called “Blue's Clues & You” is still airing today, but we have another suggestion, if you’ll hear us out. A murder mystery show, where Blue leaves Clues at the scene of the crime. Or, better yet, Blue the police dog helps find the clues! Listen, we don’t have all the logistics worked out yet, we just know it would be paw-some! In the meantime, you can always check out the “Robot Chicken” episodes, which are, sadly, probably the closest we’ll get to a version for older audiences.


If you’ve seen this show, you know it’s borderline not for kids. There are plenty of adult jokes, an intricate mystery plot, and some pretty horrifying monsters. We can only imagine what this show would have been like without the Disney censors! While creator Alex Hirsch has said that the story is complete, we think it would be super cool to return to the sleepy town of Gravity Falls sometime in the future, when Dipper and Mabel are maybe a little older and there’s room for even more terror. Also, Stan Pines deserves to let out a curse word every now and then--we’re just saying! [SB: “Hot Belgian waffles!”]


How about Ned's Declassified College Survival Guide? Or a Ned's Declassified Work Survival Guide? Boy, do we need it. Ned always had the best tips, and we sure could use his guidance navigating the adult world. Plus, we can’t help but wonder where the characters ended up. Are Ned and Mose still together? Is Cookie still as hysterical? These are the important questions, people! The show was never afraid to explore more awkward topics and, without the kid-friendly parameters, we just know an adult version would be so real with its storylines and humor!
Comments ∧