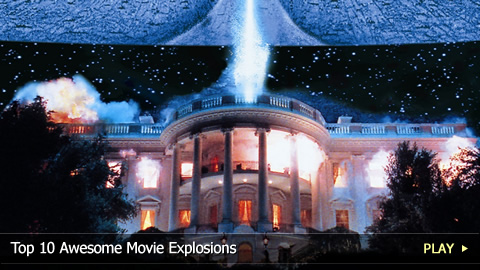 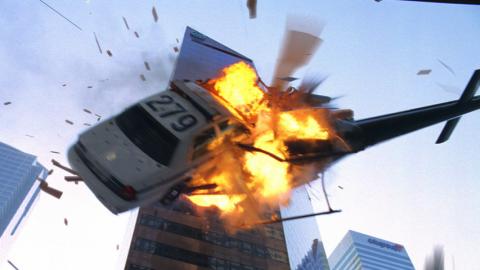 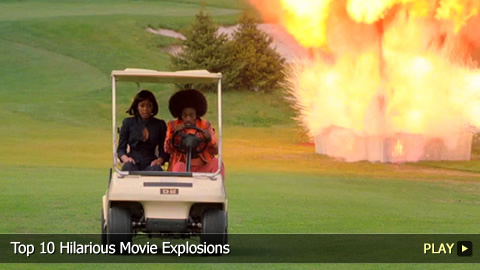 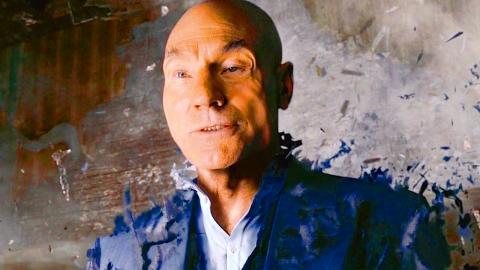 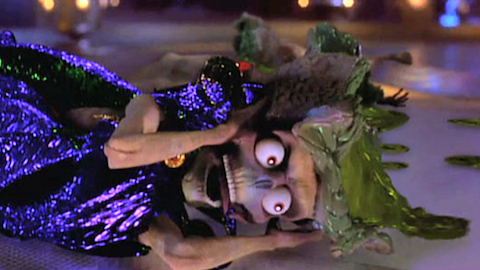 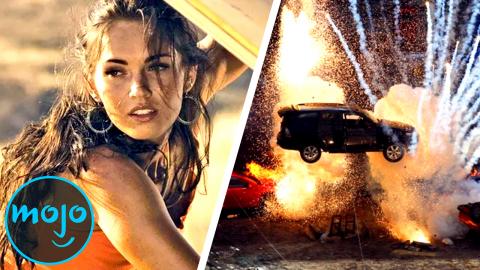 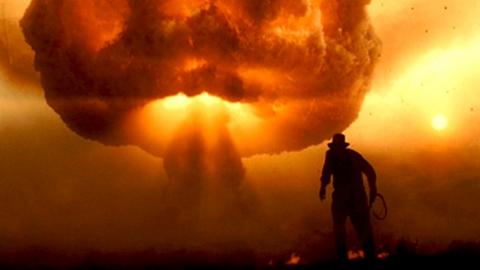 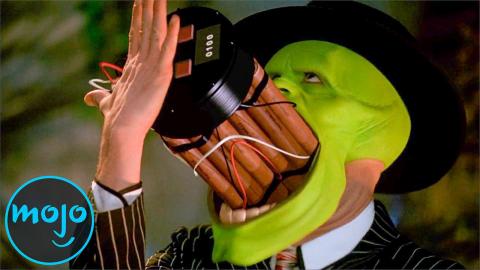 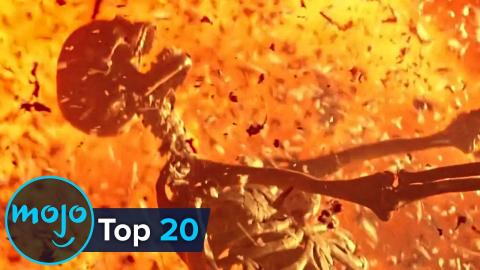 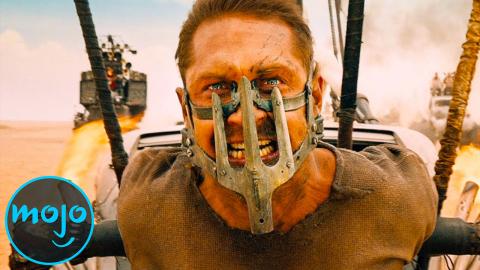 Top 10 Action Movies with the Most Action 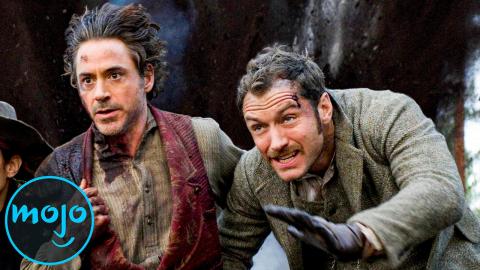 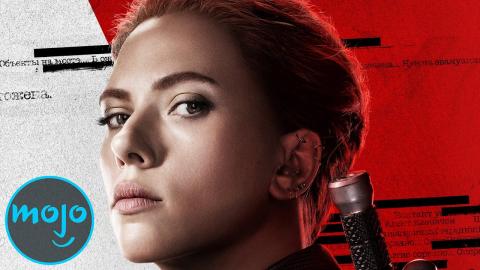 Top 10 Most Anticipated Action Movies of 2021

VOICE OVER: Phoebe de Jeu WRITTEN BY: Matt Klem
These shocking movie explosions blew us away! For this list, we'll be looking at movies that gave us a surprise blast when we were least expecting it. Our countdown includes “Fight Club”, "Tropic Thunder", “The Dark Knight”, and more!
Transcript ∧


Welcome to WatchMojo, and today we’re counting down our picks for the Top 10 Unexpected Explosions.

For this list, we’ll be looking at movies that gave us a surprise blast when we were least expecting it. Any big bangs from TV series will not be included as they deserve their own list.

If you think we blew it by missing a major detonation, let us know in the comments!

“Fight Club” (1999)
Having been released in 1999, Fight Club is a movie that still inspires discussion amongst its fans. Similar to movies like The Sixth Sense, the first time you see it is a completely different experience to follow-up viewings. When we find Jack & Marla at the end of the movie, he’s finally accepted the truth about who he is. It’s then we see the final result of Tyler’s plans. Building after building crumble in a cascading series of explosions that ultimately reveal who Jack has become. It’s another surprise for viewers that leave them asking more questions than they have answers for.

“The Hurt Locker” (2008)
A man in a bomb suit is walking down a road in what looks like a Middle-Eastern town. With two soldiers on guard, our bomb tech inches closer to his target. The visuals alone put the viewer on edge, but the friendly banter between the soldiers quickly eases the tension. When the tech uncovers a bomb and begins to walk away unscathed, the audience is relieved. It’s here that The Hurt Locker grabs us. The bomb explodes and a slow-motion capture of smoke and debris flying everywhere jolts us as our bomb tech is propelled forward. You had an inkling that something was going to happen, but it’s still surprising when it goes off.

“Tropic Thunder” (2008)
Tropic Thunder pokes fun at the wartime film trope as it’s a movie about a movie being made. With the “actors” playing the parts of soldiers, everything you’d expect from such a “movie” is seen in droves. Lush jungle, helicopters, injuries, and of course, Michael Bay level explosions. While the actors and crew argue about the script, the movie special effects guy misinterprets the director, and triggers a series of explosions which set the jungle ablaze. It’s both hilarious and unexpected since the in-film actors were nowhere near ready for the blast. Given Hollywood’s propensity for over-the-top effects, this is a great send-up to countless action films.

“Children of Men” (2006)
Children of Men is set in a world almost 20 years after a pandemic triggered mass infertility. Real-world parallels aside, the movie begins in a coffee shop where the tone and setting for the film are revealed. The camera follows Theo as he picks up his morning coffee and walks down the street. The cinematography enlisted here gives a sense of depression and lowers the audience’s mood almost immediately. As the view pans around Theo, the blast from the coffee shop shocks both Theo himself, and the moviegoer. It’s a perfect contrast between the opening tone, and the plethora of surprises that await.

“Inception” (2010)
When Cobb recruits Ariadne to join his team in the movie Inception, the architect's destiny was still a mystery. A casual conversation at a cafe reveals the truth. Unlike our previous entries, the explosion that follows is memorable more so for what it’s missing, rather than what it includes. The entire sequence gives us plenty of flying debris in all directions, but with a stunning lack of fire. We then catch the casual means by which both characters simply observe the explosion, rather than react to it. It’s a surprise to the audience, both for the lackluster reaction of the characters, and to the scale of what’s destroyed.

“Jaws” (1975)
The Mythbusters may have been able to debunk the finale of Jaws, but that doesn’t take away from the spectacular blast we got to see. After having witnessed and survived multiple attacks from the famed shark, Brody takes a last stab at defeating the famous finned predator. With a scuba tank wedged in the mouth of the beast, Brody fires one last shot towards it and we see the detonation on full display. An eruption of blue and red water sees shark remnants fill the sky. It’s another fire-less blast but one that audiences were glad to catch as the movie came to an end.

“The Matrix” (1999)
No one would argue that The Matrix gave us more than a few memorable explosive scenes. But given how the matrix itself is supposed to abide by the rules of our world, it’s the helicopter crash that stands out the most. We get to see Trinity swing towards Neo and the other building with a memorable blast of fire and glass behind her. Yet, as noteworthy as that is, it’s the water droplet-like wave that ripples across the building that stands out the most. Not only is it a visual stunner, it also shows the limitations of what the matrix was programmed to handle.

“21 Jump Street” (2012)
Car chases are a staple of action films, and 21 Jump Street was no exception. At first, you thought the truck full of propane tanks was going to blow. It didn’t. You then thought the tanker truck with gas and oil would certainly be the one to go. It didn’t either. When the motorcycle slid under the chicken truck, you weren’t going to be fooled a third time. Wrong. One cluck later and we were witness to an accidental chicken barbeque along the highway. It’s a hysterical play on action movie tropes with a surprise twist.

“Casino” (1995)
Following the success of his Oscar-winning instant classic Goodfellas in 1990, Martin Scorsese opted to take another swing at the gangster genre in 1995 with Casino. He filled it with an all-star cast, a killer script, and gave us a look at the underbelly of Las Vegas. As the film opens, we see Robert De Niro’s character Sam “Ace” Rothstein narrate as he walks towards his car. Sam’s voice is calm, quiet, and poignant which immediately comforts the viewer. That quickly goes out the window when he starts the car and it blows sky high. It’s a jolting surprise which sets the tone for what is to come.

Strip Mall Explosion, “The Other Guys” (2010)
How Do Superheroes Walk Away from These so Easily?

A Sicilian Blast, “Aquaman” (2018)
Why Do the Tender Moments Always Get Blown Up?

Losing Your Head, “Kingsman: The Secret Service” (2014)
Forget a Chip on Your Shoulder

Asteroid Strike, “Armageddon” (1998)
It Happened Before, It Will Happen Again

“The Dark Knight” (2008)
Christopher Nolan’s Batman trilogy is often cited as the best depiction of Batman to date. The second film, The Dark Knight, received high praise mainly due to the amazing portrayal of the Joker by the late Heath Ledger. One notable scene is when the Joker walks out of a building as it starts to explode but the remote detonator seems to malfunction. Often mis-identified as an improv moment, Nolan purposely used precise timing and practical effects to achieve the “surprise” explosion of the building that many people remember. Between Ledger’s impeccable skills as the Joker, and the gorgeous visuals, it’s a cinematic explosion worth every penny spent.
Comments ∧