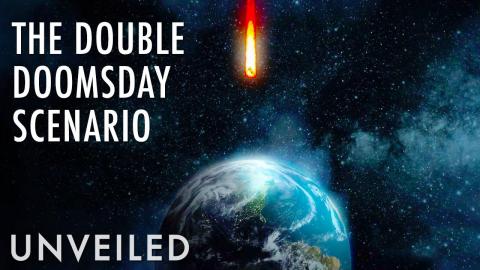 What If an Asteroid Hit Yellowstone? | Unveiled 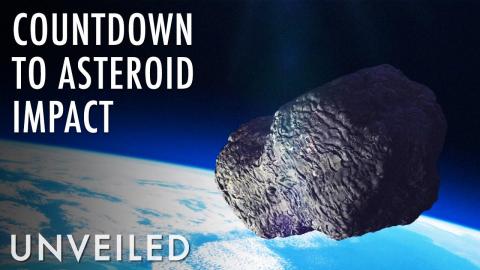 How Long Would It Take An Asteroid To Hit Earth? | Unveiled

What If An Asteroid Was Heading For Earth? 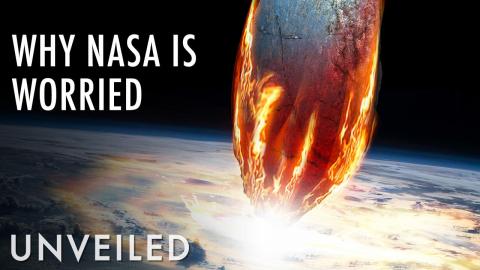 The Asteroids That Could Kill Us All | Unveiled 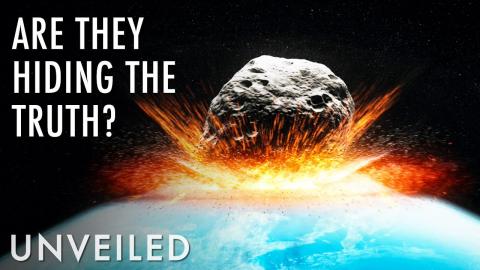 Why Would the Government Want To Hide Proof of an Asteroid Strike? | Unveiled 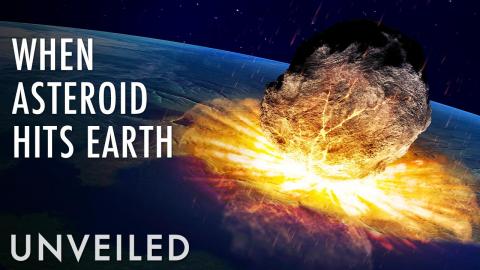 What If An Asteroid Hit Earth? | Unveiled 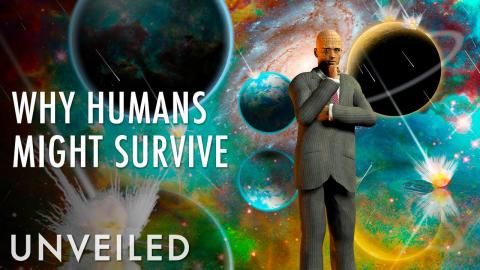 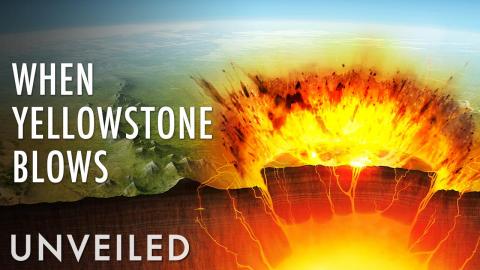 What If the Yellowstone Supervolcano Erupts? | Unveiled 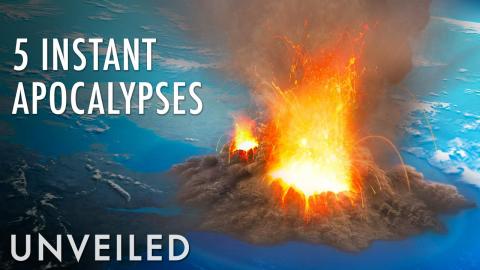 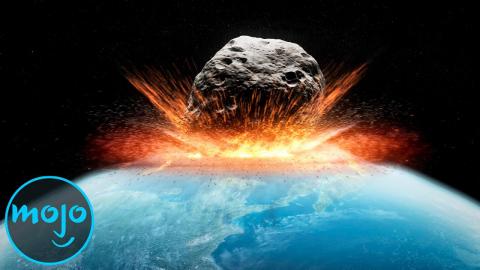 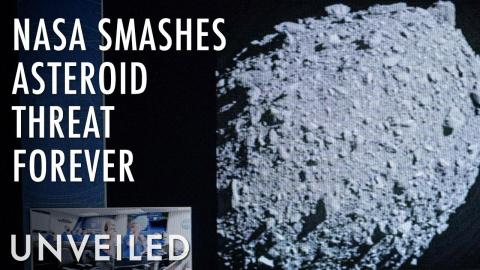 Did NASA Just Save Us From Another Asteroid Strike? | Unveiled 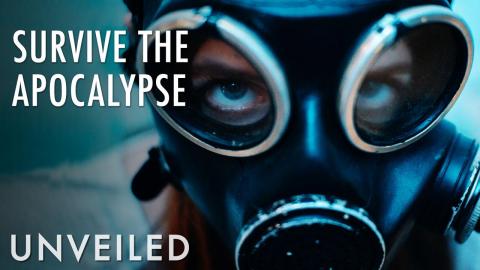 VOICE OVER: Peter DeGiglio WRITTEN BY: Caitlin Johnson
In this video, Unveiled asks; how and when is the world REALLY going to end?? Join us!

In the twenty-first century, we're awash with doomsday predictions! It feels like every single year is supposed to be the end of the world, according to one theory or another... but when will Armageddon REALLY arrive? And could it be much closer than any of us would like to admit? Watch on... and find out!
Transcript ∧

8 Ways the World Could End in the Next 10 Years


Most predictions say that life on Earth won’t last forever. Modern humans have been around for hundreds of thousands of years, but that’s already just a tiny fraction of the time that Earth has existed. And, while we’ve weathered lots of storms to get to this point, there will come a day when our time is up. But could that day be far closer than anyone would like to admit?

This is Unveiled, and today we’re uncovering eight extraordinary ways in which the world could end within the next ten years.

Over recent decades, scientists have warned time and again that Earth cannot sustain humanity’s current level of consumption. That we’re destroying the ecosystem for fossil fuels, destroying forests for cities, and raising Earth’s temperature bit by bit. Climate change is one way the world (as we know it) could soon come to an end. It might not be the fault of everybody, with a 2020 report by Oxfam finding that the world’s richest one percent produces double the emissions of the poorest fifty percent… but when the results come in, everyone will suffer. Much has been reported about climate change, but most worst-case scenarios happen if (or when) we pass various tipping points. These are climatological points of no return, where environmental problems accelerate… resulting in perhaps the total loss of the Amazon rainforest, or of the polar ice caps. The first would turn the Amazon into a savannah, terrible for the wildlife there but also for the local and international community. The second would lead to mass extinction of arctic wildlife and widespread flooding.

The next way the world could end is arguably less talked about in the twenty-first century, but that doesn’t mean that the threat’s no longer there. Nuclear war. Among the most frightening aspects of this scenario are that it would take only a small number of people to make it happen; that it could all happen so quickly; and that the effects would be so devastatingly widespread. As of January 2021, there are nine countries with nuclear capability, including the two most populous nations – China and India. But a nuclear conflict of any kind would most likely affect many more countries, too. A hypothetical war between every nuclear force would be catastrophic. It would mean instant death and destruction followed by years of illness and - if a nuclear winter were to set in - environmental collapse. Spreading all across the world map. We’d see massive radiation spikes, severe temperature changes, endless famine, and toxic living conditions leading to whole species - including humans - facing extinction.

And those might be considered the “Big Two” in terms of traditional, end-of-the-world conversation - climate change and nuclear apocalypse. But biological threats are becoming a more and more urgent concern, too. One future scenario is that a global plague with an extremely high mortality rate could wipe out humans only, leaving most of everything else intact. In this case, it wouldn’t be the end of the world as a whole… but it would be the end of the world with us in it. And history is littered with deadly diseases. From the Bubonic Plague in Medieval Europe to Ebola in the modern world - with the Ebola virus potentially killing ninety percent of those infected, according to World Health Organization figures. Ultimately, anything dangerous enough that spreads too quickly for scientists to develop a treatment or cure… anything which spreads before we can protect against it… is a major threat.

But there’s some argument that all of our first three end-of-the-world triggers allow for at least a degree of human control. We could work to improve our chances with climate change, for example. We could just not begin a nuclear war. And we can strive to stay one step ahead of disease. But there are some things that, really, we have no control over at all. Earth is covered in volcanoes, for instance… some of them so vast they’re classified as supervolcanoes. And for years now we’ve asked when and where the next supervolcanic eruption will happen - with most eyes set on the Yellowstone Caldera in the US. The debate continues as to whether Yellowstone really will erupt anytime soon. On the one hand, volcanoes are notoriously difficult to predict and that’s one reason why we shouldn’t be that concerned. On the other, because they’re unpredictable is reason enough to worry. Regardless, if Yellowstone or another supervolcano did erupt, it could be a monumental natural disaster. At its worst, it would create an ash cloud big enough to block out the sun, plunging the planet into another ice age. In Earth’s history, however, this type of thing has happened before… so it’s another scenario where the world itself would actually survive. Whether the same could be said for humans, or life in general, is another matter.

In many ways, the effects of a supervolcanic eruption would be similar to those of another end-of-the-world contender… an asteroid strike. Something on a par with (or bigger than) the one which is widely believed to have wiped out the dinosaurs. A big enough impact event would also trigger ecological and atmospheric ruin, once again casting the world into darkness… potentially for long enough to rewrite Earth’s ecology and kill off humans. It’s unfortunate, then, that our asteroid detection systems aren’t always perfect at present. In August 2020, for example, a car-sized rock came within two thousand miles of Earth, but NASA didn’t see it until it was here. So, asteroids are not only unpredictable, but also… often undetectable. That isn’t to say that one definitely will hit in the next ten years. Of those we do know about, none are calculated to be heading for Earth. And, of those we perhaps don’t know about, the chances of anything showing up in our neck of the solar system are exceptionally low. But we can’t completely write it off!

Asteroids aren’t the only celestial body that could pose a threat to Earth in the future, either. A rogue planet would potentially be big enough to destroy Earth for good – not just for a few million years. Many a popular doomsday prediction has revolved around these worlds too… like the infamous, hypothetical Planet Nine which, according to some, is lurking on the edge of the solar system ready to smash us into smithereens whenever our paths align. Yes, the evidence for Planet Nine specifically remains very up for debate, but it’s predicted that there are plenty of rogue planets in the galaxy in general… orbiting the galactic centre rather than a specific star. Theoretically, one could come sailing through our solar system. And, if it did, then it could head straight for us, and blow us out of the sky. But… the chances of that happening are actually even lower than for an asteroid strike. A rogue black hole would be another instant nightmare. If one ever got too close to us, then it could destroy not just Earth but every single solar system planet… and the sun itself! Again, though, seeing as the closest known black hole is still about one thousand lightyears away from us, the chances of this actually happening today, tomorrow or in the next ten years are astronomically slim.

So, black hole singularities probably shouldn’t keep you up at night. The technological singularity, though, is a different kettle of futuristic fish. This is a looming point in the near future when our technology surpasses our natural intelligence. Predictions vary on when it will come to pass, with most agreeing within the next century, some projecting within the next fifty years, and some suspecting within the next decade. But, in general, advanced AI is tipped to become more and more, well, advanced, in the coming years. So, what if something goes wrong? What if, say, a self-replicating, autonomous machine learns to turn on its creators before the singularity is reached? Would we stand much of a chance? Would Earth, for that matter? There are already examples of how AI has become militarized… so what happens if (or when) AI crosses paths with WMDs? This more than any other “way the world could end” is a great unknown at the moment. So, let’s hope it stays that way… for the next ten years, and then some!

And finally, what about if the next decade is the decade that we finally make first contact with aliens? If that happens, then we can all hope and pray that we’d reach a peaceful arrangement… but hoping and praying doesn’t mean that we would! A series of leading scientists, including the late Stephen Hawking, have warned that any alien arrival on Earth could spell doom for this planet. Anything powerful enough to have mastered the technology to get here would also, potentially, have the skills required to terraform this world to their liking… and the ruthlessness needed to remove anything that gets in its way. Including humans. But, naturally, we’re not about to claim that aliens definitely will arrive in the next ten years… that would just be absurd! Or would it?

Which of these scenarios do you think is most likely? Because those are eight ways the world could end in the next ten years.
Comments ∧