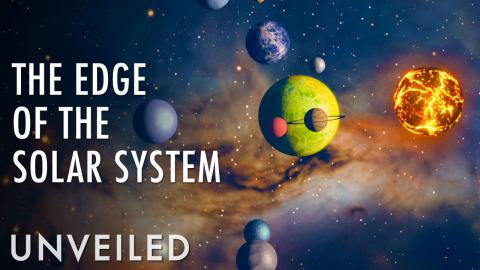 Where Does the Solar System End? | Unveiled 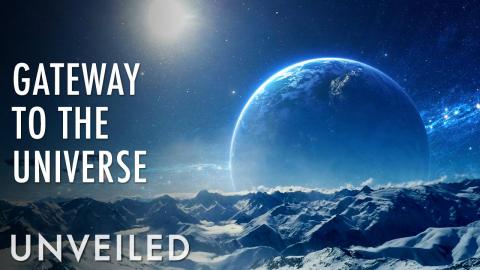 What If You Traveled Through The Oort Cloud? | Unveiled 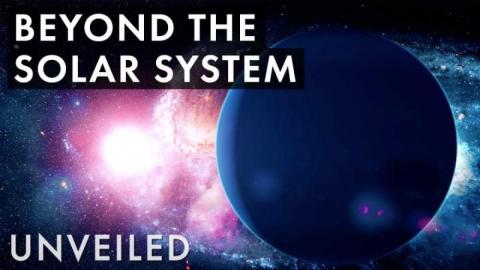 What If You Travelled Outside Of The Solar System? 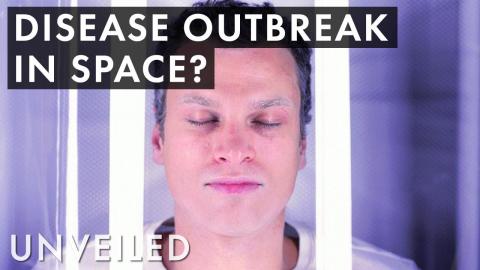 How Dangerous is Deep Space Travel? 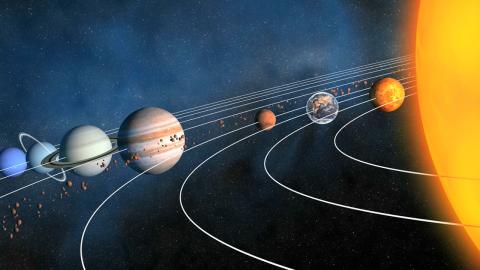 How Long Would It Take To Cruise The Solar System? 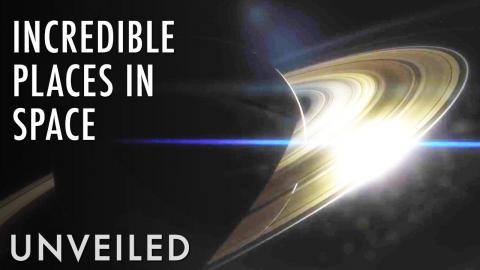 A Journey Through the Seven Wonders of the Solar System | Unveiled 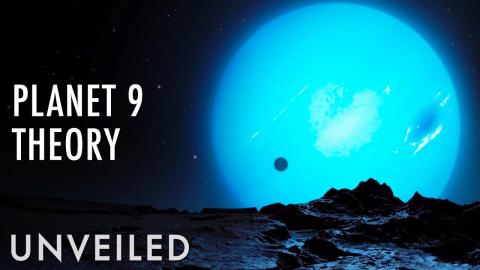 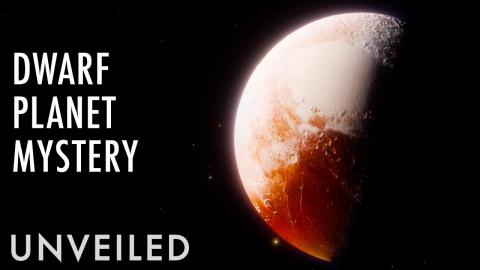 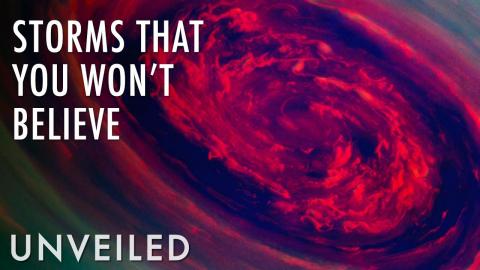 Extreme Weather in Space: The Most Bizarre Storms in the Solar System 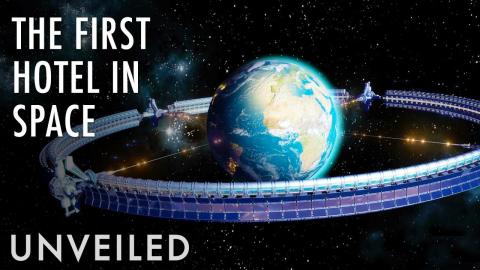 What If There Was a Hotel in Space? | Unveiled 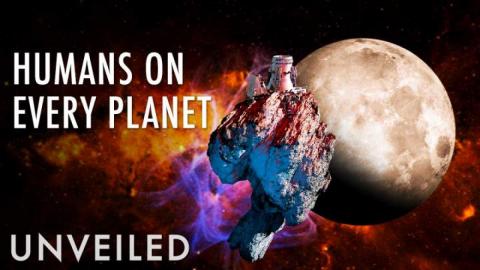 What If Every Solar System Planet Was Habitable? | Unveiled 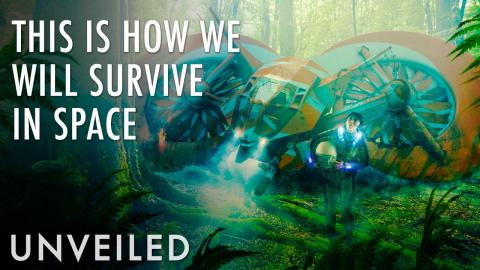 What If We Planted Dyson Trees? | Unveiled

What Happens at the Edge of the Solar System? | Unveiled

VOICE OVER: Peter DeGiglio
If you launched off of Earth in a rocket, set course away from the sun, and travelled for at least 2.7 billion miles, you would one day, finally, reach the last officially recognised planet in the solar system... Neptune! It would be a journey of many lifetimes. But... what's next? In this video, join Unveiled to travel to the edge of the solar system and find out!
Transcript ∧

What Happens at the Edge of the Solar System?

If you launched off of Earth in a rocket, set course away from the sun, and travelled for at least 2.7 billion miles, you would one day, finally, reach the last officially recognised planet in the solar system: Neptune. It would be a trip of many lifetimes. But after the gloriously bleak vistas of this iconic ice giant, what’s next?

This is Unveiled, and today we’re answering the extraordinary question; what happens at the edge of the solar system?

In cosmological terms, the edge of the solar system is something of a moveable feast. There can be millions, even billions, of miles between where one person says it is, and where another deems it to be. But one thing’s for sure; the solar system doesn’t end at Neptune. Not by a long shot. Or even at Pluto, the one-time-planet now-dwarf-planet that’s even further out from the sun. Get to Pluto and, depending on where it is in its orbit, you may have travelled an eye-watering 4.6 billion miles from home. Which is roughly equivalent to getting in a plane and travelling around the world 183,000 times! But you’d still be nowhere near the solar system’s edge. You would, however, be moving into mostly uncharted territory.

Pluto is the largest known object inside the Kuiper Belt, and the largest by volume Trans-Neptunian object, too. But there are plenty more TNOs in this distant region of space, including the minor and dwarf planets of Makemake, Haumea and Albion. Today, more than two thousand objects have been officially recorded as inside the Kuiper Belt, but astronomers predict that’s just a tiny percentage of what’s really out there. It’s thought that the Belt actually contains hundreds of thousands of rocks, comets, more minor planets, and bits of ice and debris.

To get to the edge of the solar system, you have to move through the Kuiper Belt, and also the Scattered Disc - another, even further out and even larger expanse of rocks and ice. But it’s not as though the Belt or the Disc are especially dangerous for a hypothetically passing vehicle. Yes, there’s a lot of stuff out here, but it’s so incredibly spaced out that you could feasibly move through it for centuries without seeing anything of note. Unless, of course, you happen across the elusive Planet Nine, a rogue world speculated to exist so far away from us that we haven’t even noticed it yet. We have a whole other video dedicated to this so, for today, we’ll move swiftly on.

Now, we’re past the Belt, through the Disc, and we’re so far away from the sun and the Earth that they appear just as tiny dots in the sky to us. Out here, no one can hear you scream not just because space is a vacuum but, well, because you’ll have travelled literally hundreds (probably thousands) of years’ worth of distance away from every other human in existence. And what do you see? What’s outside your spaceship window? Nothing. According to most of our scientific estimates, the outer solar system is a cold, empty and desolate place. But you will, at least, have reached one contender for the title of solar system edge.

At around nine billion miles away from the sun, you pass through a region of space with one of the most Hollywood sounding names in this video; the Termination Shock. Beyond which you move into the Heliosheath. Here’s where the solar winds emitted by the sun dramatically slow down, and where the magnetic field created by the sun begins to change and break apart. For many, it can justifiably be labelled as the place where the solar system ends.

The Heliosheath is the outermost region of the Heliosphere, a bubble created by the Sun’s solar wind and offering everything inside it (which is to say, everything in the solar system that we’ve mentioned so far) a degree of protection from the outside. From interstellar space. The Heliosheath ends with the Heliopause, which is the absolute last port of call for the solar wind, before its influence on space stops completely and the stellar winds from surrounding stars take over.

To some degree, humankind has been here. Twice. With the record-setting Voyager 1 and Voyager 2 probes. Voyager 1 broke out of the Heliosphere by passing beyond the Heliopause in 2012, and for Voyager 2 it happened in 2018. Both probes are now busy exploring the interstellar medium - hurtling through the space between stars, at about ten miles a second. At the times when both 1 and 2 made their momentous exists from the Heliosphere, news agencies around the world reported that the Voyagers had left the solar system. So, what happened to them at the supposed edge?

Voyager 1 was the first to break free, and so has provided most of our current data. For a time shortly before the Heliopause, for example, at a distance of roughly ten billion miles from Earth, scientists noted a marked increase in the strength of the solar magnetic field. So, although it may have been predicted that the magnetic field would simply thin out and weaken the further you moved from the sun, the pressure inside this particular region actually rises. And it’s because there’s essentially a massive collision happening here, all the time, between charged particles emitted by the sun and charged particles coming from interstellar space. The outside particles begin to outnumber and overpower the solar particles inside the Heliosheath and especially at the Heliopause… so the solar particles are forced back into themselves, thereby creating a temporarily stronger magnetic field.

At the point when Voyager 1 left the Heliopause and entered interstellar space for the first time - in August 2012, thirty-five years after it was launched - the most notable change reported by scientists was that the probe began recording eighty times electron density. That’s eighty times as many electrons in the local area as it had been measuring before, when it was on the other side of the Heliopause, inside the Heliosheath. Now, more than ever, an object from Earth was experiencing truly alien conditions. It didn’t even have the shield created and maintained by the sun, the Heliosphere, to filter or dilute the rest of the universe anymore. Six years later, and Voyager 2 joined it, to carve its own path through this unknowable, interstellar void.

Which all sounds fairly epic… But, for some, those claims that the Voyager probes have left the solar system are actually misguided. Misguided to the tune of, say, a trillion miles. Just at a lower estimate. And that’s because of how far the Voyager probes still have left to travel until they reach the outer edges of the Oort Cloud… the other major claimant for being the edge of the solar system.

What’s the Oort Cloud? And why’s it so different (and so far away from) the Heliosphere? Well, it doesn’t have anything to do with charged particles or magnetic fields or solar winds. Now, we’re talking solely gravity. And the Oort Cloud is the furthest region wherein the sun, our sun, still exerts some gravitational influence. It’s actually a hypothetical structure, only… because we’ve never directly observed it. But scientists and astronomers believe that most long-period comets originate from the Oort Cloud, which is usually imagined as an incredibly vast band of icy debris including small, chunky objects known as planetesimals.

The contents of the inner Oort Cloud are still quite strongly tied to the sun. The way they move through space is dictated by the gravitational pull of our star. But move into the outer Oort Cloud, and everything is held in place much more loosely. Everything is much more likely, then, to be dragged out or redirected by the gravity of another, passing, suitably massive object - like another star.

We can say we’re around a trillion miles away from Earth at this point, but really nobody knows for sure quite how far out the Oort Cloud extends. According to some estimates, the outermost edge of it could be more than twenty trillion miles away. And it’s here, literally tens of thousands of years’ worth of high-speed travel away from even the Heliopause, where all effects of the solar system finally disappear. If you didn’t believe that you were on the edge at any stage before this, then you’re definitely on the edge now.

But, lastly, consider this. Those twenty trillion miles would take you to just the edge of the gravitational pull of the star at the centre of this particular star system. Scientists estimate, though, that there could be millions of other star systems in this galaxy… and also that this galaxy is just one of a predicted two trillion galaxies in the universe as a whole. It starts to make you feel small, doesn’t it? But that’s what would happen, and probably what you’d be feeling, if you ever found yourself stood at the edge of the solar system.