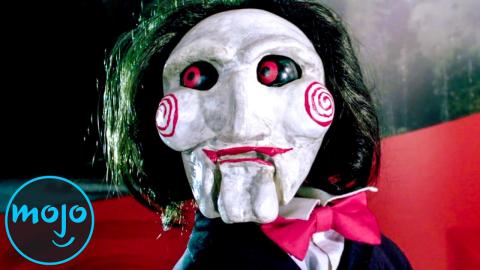 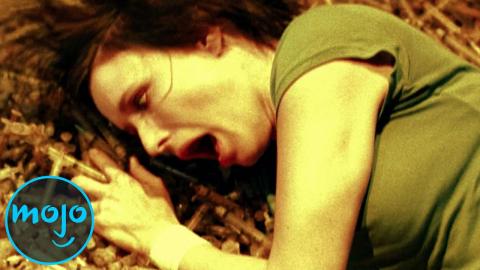 Top 10 Secrets About How the Saw Traps Were Filmed 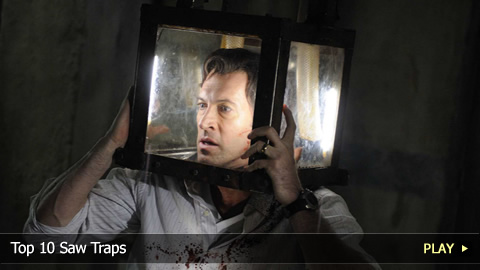 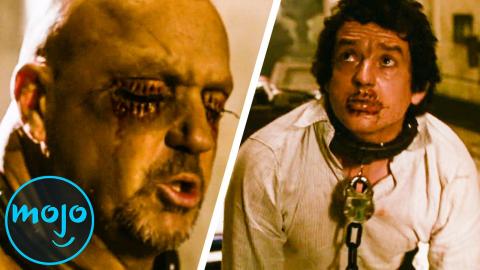 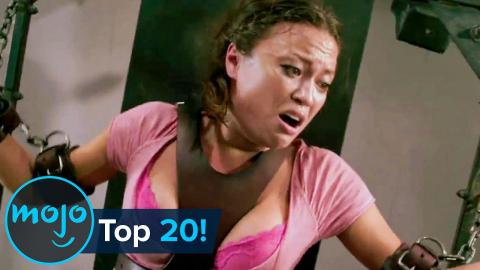 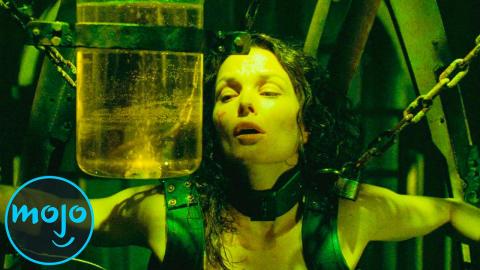 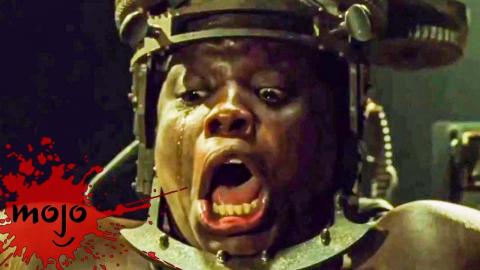 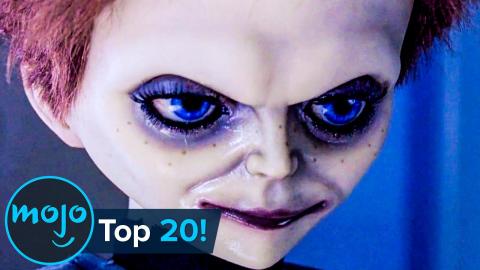 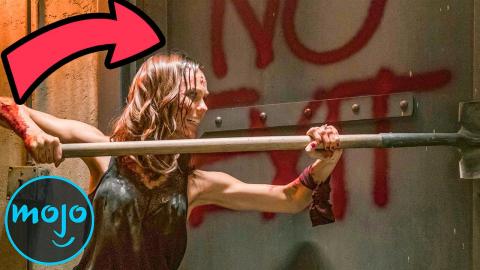 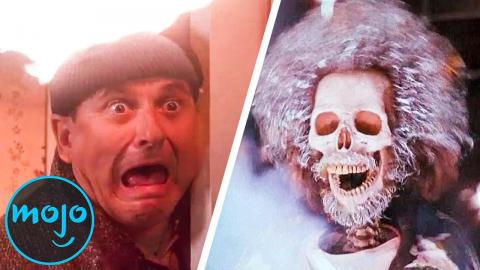 Top 10 Home Alone Traps That Would Kill You 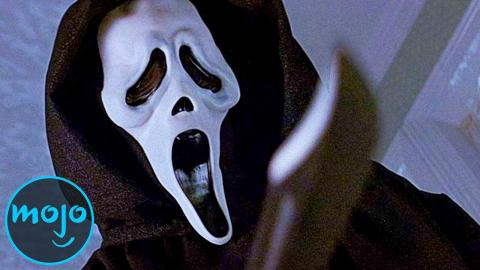 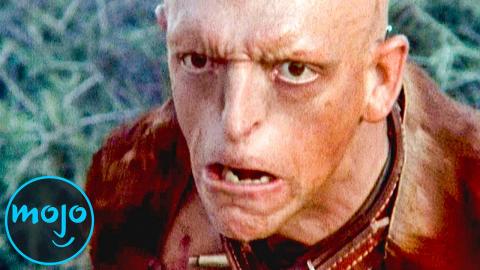 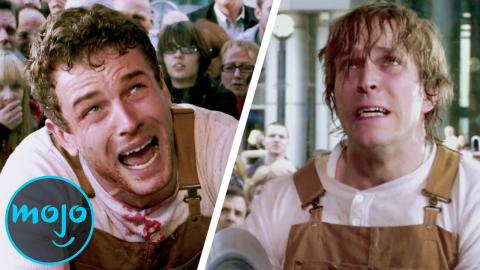 VOICE OVER: Ryan Wild WRITTEN BY: Alex Slade
Do you want to play a game? For this list, we'll be ranking all the films in this franchise based on originality, storytelling, and trap creativity. Our countdown includes Saw, Saw II, Saw III, and more!
Transcript ∧


Welcome to WatchMojo, and today we’re ranking all the “Saw” movies.

For this list, we’ll be ranking all the films in this franchise based on originality, storytelling, and trap creativity. Since we’ll be talking about all the films, spoilers will follow.

What’s your favorite “Saw” movie? Let us know in the comment section below.

We like how this film was also called the “The Final Chapter” before two sequels proved it was far from the last installment. Although this movie is the weakest of the franchise so far, there’s still plenty to love about the 3D horror story. Hey, if a trap is making your skin crawl and forcing you to look away, then it’s at least doing one thing right. The garage trap is one of the most gruesome in the entire series. While it wasn’t the end of the franchise, it was still the last film for many years. The creators did an admirable job of making sure the traps were as cleverly designed as possible so they could go out with a bang.

After a long wait, the franchise returned with a decent entry into the series. The seven-year hiatus made us realize we weren’t done with “Saw” just yet. There’s a level of mystery to “Jigsaw” that was lacking in some of the other sequels. But while this entry manages to combine many elements of previous films that fans appreciated, it doesn’t really improve on the formula or try anything new. Overall it’s an unambitious, but well-made movie that’s still worth a watch for fans of the franchise.

The later sequels seemed to step away from the heavy psychological elements present in the first films in favor of crafting gorefests with exciting traps. And if that’s what a “Saw” fan is showing up for, then a movie full of people meeting gruesome demises isn’t such a bad thing. “Saw V’s” straightforward plot is easier to digest than its predecessors. And while the traps may not be the most creative or original, they’re definitely exciting. In between the violence, Scott Patterson’s sympathetic performance as Agent Strahm really made us feel for him. We rooted for him a lot more than we did for the majority of the characters in the franchise.

We have to commend the writers for finding a way to continue the story of the franchise after the death of the primary antagonist. “Saw IV” still gives us our fill of the deceased and twisted mastermind Jigsaw by letting us explore his motives and origins through flashback sequences. We also get to see how some of the early traps progressed and became more practical over time. On top of that, “Saw IV” provides a fantastic twist. We eventually discover that the events of this movie and the story of “Saw III” took place at the same time. It was good to see Detective Matthews return too ...even if he wasn’t in the best shape.

“Saw III” felt darker and more sinister than the rest. In a series littered with murder, deception, and sadistic traps, we’d consider that an accomplishment. Instead of our main character Jeff trying to get out of a trap, he has to get other people out of them. This twist was a refreshing change to what we’d come to expect. While Jeff is trying to save lives, the audience keeps checking in on an intense surgery that has us biting our nails with anxiety― even though it is for the film's antagonist. “Saw III” tops its impressive story off with one of the most disturbing and disgusting traps out of all the movies.

We can almost guarantee that this movie would have garnered more appreciation if it was released as one of the earlier sequels. Through an excellent combination of practical effects, trap creativity, and suspense, “Saw VI” showed us what the franchise looks like at the top of its game. The film’s carousel trap was definitely a highlight. The trap is devastating to watch and tries to go for more of an emotional hit rather than just playing up the gore. Jigsaw’s message about appreciating life also seems more transparent in this sequel. Mind you, that makes the elaborate traps he builds to spread this message seem even more absurd. Then again, he is pretty crazy.

A terrific thriller in its own right, “Saw II” is a fantastic sequel that ups the ante from the first film in every way possible. There are more traps, more characters and a few emotionally charged parallel storylines. We also get a character study into the lengths people will go to save themselves or save the ones they care about. Donnie Wahlberg’s performance as the hot-headed detective Matthews steals the show. His frustration with the horrifying situation mirrors our own. Unfortunately, Matthew’s temper leads to his downfall, leaving us to judge his actions while understanding exactly why he did what he did.

A movie that was able to scare, shock, and thrill viewers on an insanely low budget, “Saw” is a fantastic tale told masterfully by Leigh Whannell and James Wan. Although the film mostly takes place in a small room, it still managed to keep the audience engaged. That’s a testament to the writing and directing. While all future films in the franchise attempted to leave us with a strong twist, nothing compares to the sinking feeling we all had in our stomachs when we saw Jigsaw rise from the ground and shut protagonist Adam inside. “Saw’s”originality and shocking ending still makes it the best of the franchise.
Comments ∧