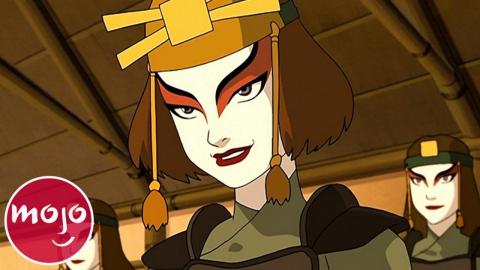 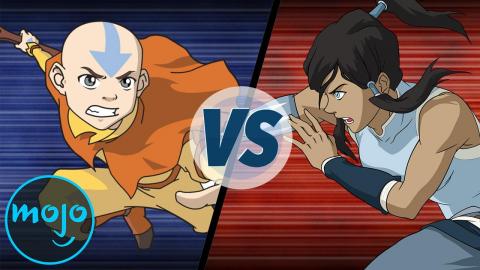 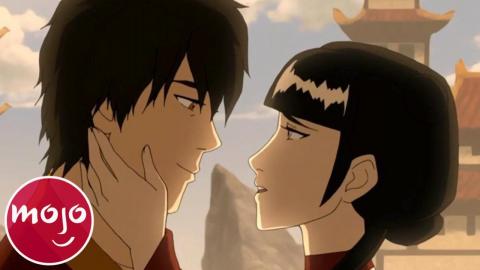 Top 10 Avatar: The Last Airbender and The Legend of Korra Couples 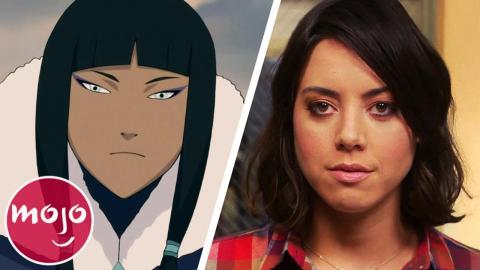 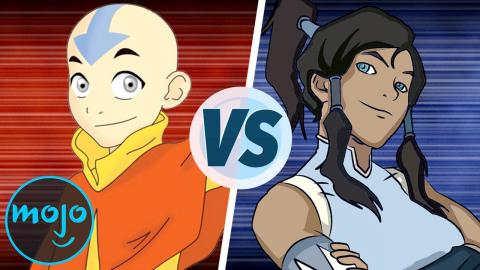 The Last Airbender Vs The Legend Of Korra 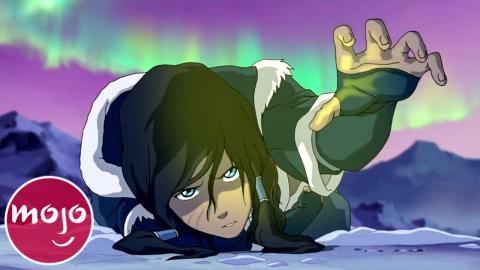 Top 10 Most Heartbreaking Avatar & The Legend of Korra Moments 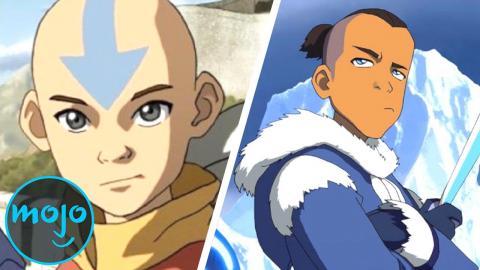 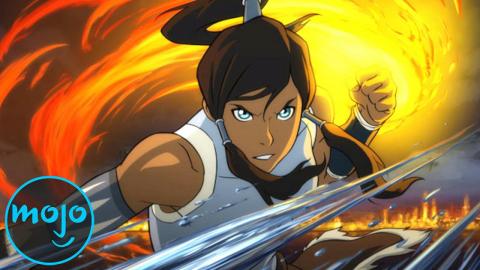 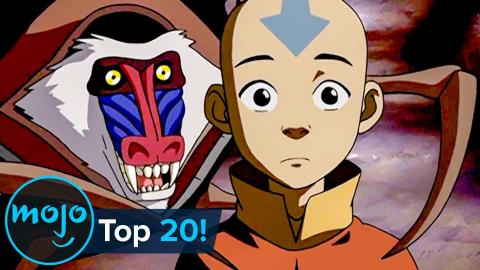 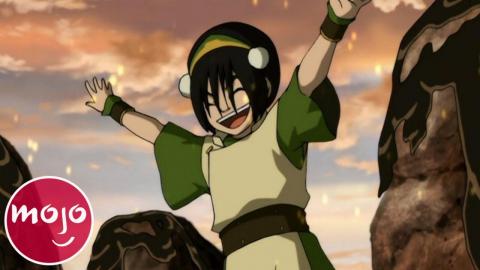 Top 10 Best Toph Moments on Avatar & The Legend of Korra 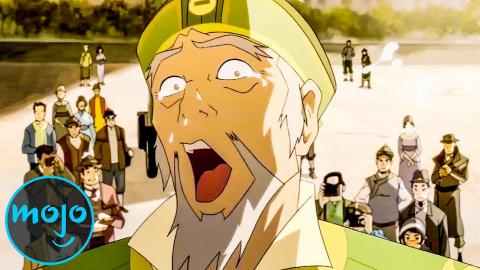 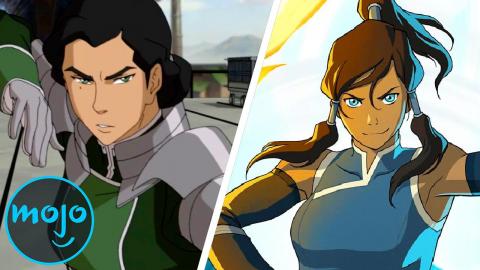 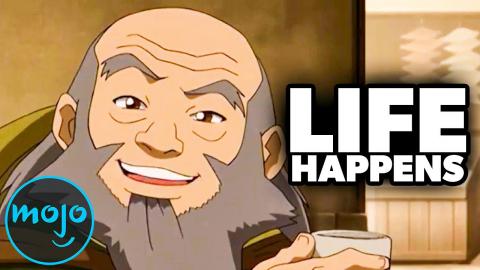 VOICE OVER: Rebecca Brayton WRITTEN BY: Garrett Alden
We salute these non-benders in "Avatar: The Last Airbender" and "Legend of Korra." Our countdown includes Pema, Ty Lee, Suki, and more!
Transcript ∧

Top 10 Non-Benders in Avatar: The Last Airbender and Legend of Korra


Welcome to MsMojo and today we’ll be counting down our picks for the Top 10 Non-Benders in “Avatar: The Last Airbender” and “The Legend of Korra.”

For this list, we’ll be looking at some of the best characters from the “Avatar” franchise who can’t bend the four elements to their will and who are just regular humans. To be clear, we won’t include any of the characters who start out as non-benders and become one later on, like Aang and Katara’s son Bumi.
If our list looks too mundane for you, please let us know any non-benders we missed in the comments!


Aang may have been frozen for 100 years, but the still-young Avatar manages to meet a friend of his mentor Gyatso who is still alive – Guru Pathik. While he isn’t a bender, Pathik is an expert in spiritual matters. To help Aang master the Avatar State, Pathik guides him through opening his chakras. Although Aang is unable to let go of his attachments and departs before he can open the final chakra, Pathik’s wisdom, and strange taste in beverage, make him an invaluable and memorable character. Plus, anyone able to outwait an angry Appa definitely has some steel to them.


The wife of Aang’s son Tenzin, and the mother to a large brood of Airbender kids, Pema may be a homemaker, but she’s still a beacon of quiet strength in “The Legend of Korra.” Not only is she frequently a voice of reason to her stubborn husband and Korra herself, but she also manages to wrangle her rowdy kids who can move air at will with no powers of her own. While Pema isn’t exactly the flashiest character, her caring and resilient nature shines through numerous times, such as when she gives birth and then has to escape a terrorist attack! Now that’s a tough mom!


Chieftain of the Southern Water Tribe and the father of Sokka and Katara, Hakoda had to leave his children behind to fight in the war, but when they joined the fight, all of them were reunited. A charismatic and capable leader, Hakoda is an inspiration to his children and his men, particularly Sokka, who does his best to imitate his father (including his sense of humor). Still, he’s humanized by the guilt he carries for leaving Sokka and Katara, and by his pride in all they’ve managed to achieve. He may have flaws, but that only makes Hakoda more admirable as a father and a leader.


One of the “Avatar” franchise’s most complex antagonists, Jet is a teenage war orphan turned Freedom Fighter. Driven by an implacable hatred for the Fire Nation, Jet is willing to go to extreme lengths to achieve his revenge on the people who killed his parents, even if it means attacking innocents. Despite his zealous hate, Jet can be charming and he’s skilled enough with his hook swords to go toe to toe with both Zuko and Aang. Still, a last hurrah and a bout of brainwashing did help cement Jet with a complicated, yet memorable legacy on the show.


One of the few people in the world who can claim to be Azula’s friend, Ty Lee is cheerful and a bit of an airhead. This makes her a welcome relief from the domineering Azula and their serious friend Mai. Still, while she can be a ditz and a flirt, Ty Lee is a great fighter, utilizing chi blocking to bring benders down to size. We only wish we’d gotten a bit more of her! Her backstory of being one of six identical sisters, as well as her later admission to the Kyoshi Warriors, would have been fascinating to expand upon.


Iknik Blackstone Varrick, or just Varrick to most, is an entrepreneur, film director, inventor, and all-around Renaissance Man. Oh, and did we mention he’s hilarious?! Varrick forms a great double act with his secretary Zhu Li, who we also considered since she’s really underrated, but had to give it to Varrick, due to his more forceful personality. Varrick actually does plenty of distasteful things throughout “The Legend of Korra,” from war-profiteering to developing weapons for a dictator. But he’s just so dang entertaining that we can’t help but love him! Seriously, it’s impossible to hate anyone who hides in a platypus bear! And he does redeem himself eventually. Now, MsMojo: do the thing!


Azula’s other almost-friend, Mai is the reserved and deadpan straight woman to Azula’s megalomania and Ty Lee’s upbeat energy. Mai is a superb fighter, utilizing throwing knives and stilettos to take on experienced benders and other fighters with ease. What doesn’t come easily for her is displays of emotions, due to her upbringing. But her love for Zuko brings out this side of her… albeit expressed in her own unique way. It’s wonderful watching her go from a supporting antagonist to someone we can root for… kind of like Zuko himself. No wonder they work so well together!


Hailing from Kyoshi Island, Suki is a member of the warrior group that shares its name with both her native island and a former Avatar. A leader among the young Kyoshi Warriors, Suki is exceptional at hand-to-hand combat, being able to take on similarly skilled opponents and benders alike. Decisive, sarcastic, and brave, Suki is a perfect counterpart to Sokka, whom she romances throughout the show. While she may not get as much screen time as the rest of Team Avatar, Suki does her part in saving the world and her friends and is a total boss while doing so.


It would have been easy for Asami to be a damsel in distress or a romantic rival/love interest, but she’s so much more! An industrialist, brilliant engineer, and one heck of a driver, Asami runs a business empire while also helping Avatar Korra save the world – and romancing her on the down-low. She’s also surprisingly capable as a combatant, using inventions, particularly a shock glove to take down her opponents. Glamorous, determined, and kind, Asami is almost the best non-bender in the franchise – though not quite.

The Cabbage Merchant
Say It with Him, Folks:

June
The Only Thing Wrong with This Sassy Bounty Hunter Is That We Didn’t Get More of Her!

Piandao
“Avatar” Has So Many Fantastic Wise Old Mentors, & Sokka’s Is No Exception!


Yeah, you all saw this coming! It’s Sokka – pronounced with an “-okka!” The original non-bender member of Team Avatar, Sokka has some fantastic growth throughout the show, beginning as a goofy kid who mostly acted as comic relief, to a brave and capable young man who helps save the world… and who’s still incredibly silly. While he can handle himself in a fight, Sokka’s greatest strength is his creativity and intelligence, as his wild ideas have helped the team come out on top many times. And, we have to say, that the whole show would probably be only two thirds as funny without him at least!
Comments ∧