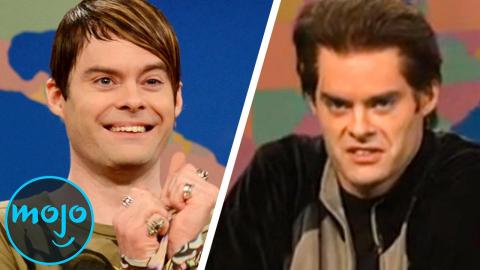 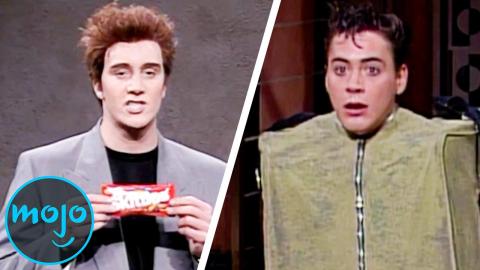 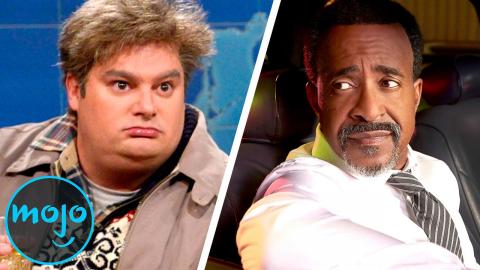 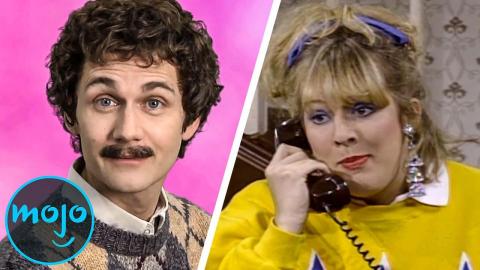 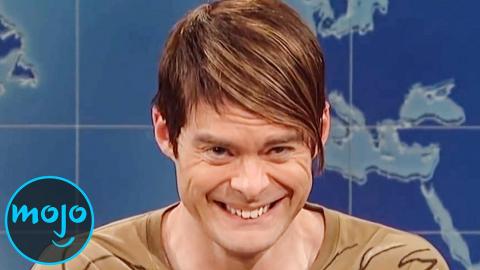 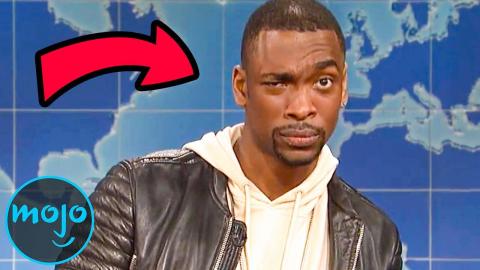 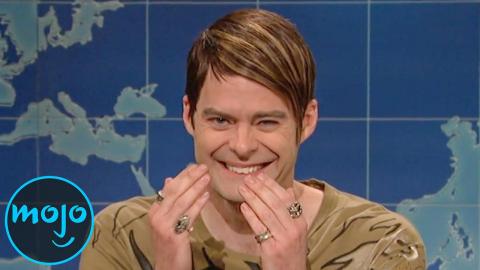 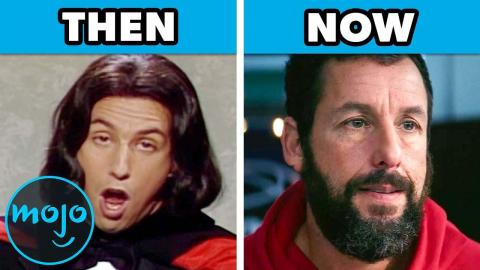 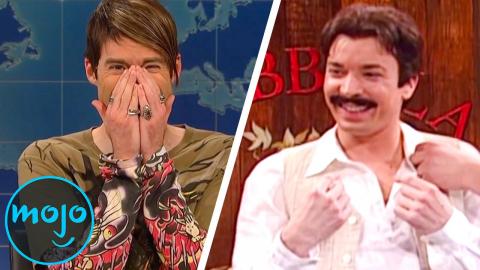 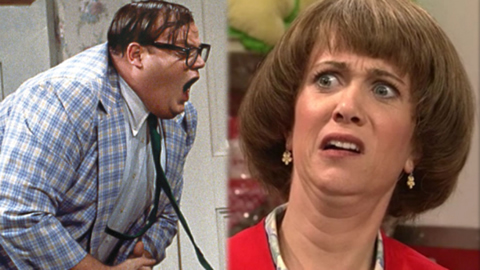 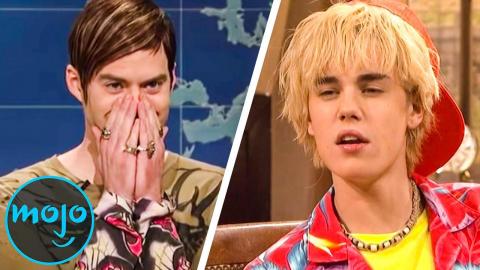 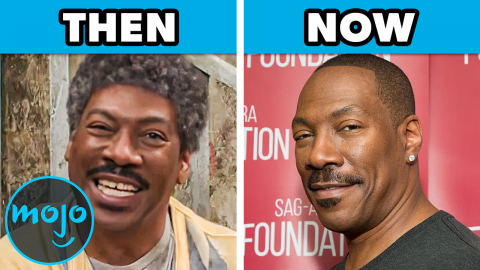 Sometimes a job is just too good to leave… Welcome to WatchMojo and today we’re counting down the Longest Running SNL Cast Members.

For this list, we’re looking at the players who’ve spent the most seasons on Saturday Night Live. While the list is set in stone as of late 2019, keep an eye out for Aidy Bryant and Cecily Strong, as they are both eight seasons in and show no signs of slowing down!


Did you know that before Jason was a featured player on SNL – and had us cracking up with his impressions of Mitt Romney and Joe Biden – he was hired as a sketch writer for the show and spent two seasons in the writers’ room? That would surely explain why he’s so funny! Yes, he joined the show as a writer in 2003, then became a full-time cast member in 2005 and spent the following nine years making us belly laugh until departing the show after the 2013 season. While he’s moved on to become a Hollywood star in films like “We’re The Millers,” he still makes occasional appearances on the show when one of his characters is needed.


The younger generations may recognize Kevin more from his roles in Adam Sandler films, and being close buddies with the mega-star Comedian, than from his SNL work. But Nealon was part of the show’s foundation for nine amazing years spanning from 1986 to 1995. He anchored Weekend Update from ’91-94, and played such memorable characters as the muscle-bound Franz from ‘Hanz and Franz’ and the too-honest-for-TV Mr. Subliminal. He now has a popular YouTube channel called “Hiking With Kevin” where he hikes with celebrities and comedians and has random conversations with them. We’d really recommend giving it a watch!


Before Rudolph broke into the Hollywood scene with her appearance in “Bridesmaids,” she was a one-woman wrecking crew on SNL for nine glorious seasons from 1999 to 2007. She blew us away with her bang-on impression of Beyoncé (including great vocals too!), and she brought a ton of class (and hilarity) to her sendup of former First Lady Michelle Obama. Since leaving the show, she’s been back plenty of times as a guest and she’s hosted it once in 2012. And her role as an intergalactic judge on the NBC sitcom “The Good Place” has brought her many new fans.


Kate is one of two active members in this ranking, so expect her to climb higher on this list before her career is over. At nine seasons on the show, McKinnon has had too many memorable characters to count, making her a top star in the process; but one of her most popular roles has been her recent (and absolutely savage) portrayal of Donald Trump’s aid Kellyanne Conway. Her depiction of Conway as the clown from “It” called Kellywise currently has over 16 million views on YouTube and was a viral hit back in 2017. She’s also transitioned well to the big screen too, starring alongside other SNL alumni Kristen Wig and Leslie Jones in the 2016 re-imaging of “Ghostbusters.”


Moving on from cast members who’ve spent nine seasons on the show, Timmy Meadows had one of the longest tenures in SNL at the time at ten seasons. He spent time at the legendary Second City comedy troupe with SNL icon Chris Farley. He was called up to the big time in 1991, where he became one of the hot-gun young comedians to dominate SNL in the early 90s alongside Adam Sandler, David Spade and the aforementioned Farley. During this period, he rose to national attention on the show for his portrayal of Johnnie Cochran during the very public Nicole Brown Simpson murder trails. After leaving the show, he turned to acting in both TV and film.


Al Franken? You mean former United States Senator, Al Franken?? Yup. The very same! Didn’t think he had a funny bone in his body? Well, we’re here to tell you otherwise. He played the unforgettable self-help guru Stuart Smalley and become so popular on SNL that he was awarded his own NBC-backed movie called “Stuart Saves His Family” in 1995. But, his time at SNL goes wayyyy back before Stuart, as he was hired as one of the original writers when the show first went to air in 1975 before landing a featured player role in ’77-80. He then returned as a featured cast member from 1988 to 1995. All told, Franken spent eleven seasons on the show.


Another member of the Eleven-Seasons Club, this comedic chameleon has played everyone from former US President Barack Obama to legendary pop musician Prince and has amazed fans with his wide range of acting skills. Armisen joined the show as a featured member back in 2002, and became a full-time player in 2004. He quickly became a standout on the show until leaving in 2013. He’s since gone on to star in the popular IFC sketch-show “Portlandia” and has appeared on the Big Screen in a variety of roles. Armisen’s also returned to SNL multiple times as a guest and hosted the show for the first time in 2016.


We see him every weekday night updating us on the latest world developments on “Late Night with Seth Meyers.” That’s natural, since Meyers first rose to fame during his time on SNL as the co-anchor of Weekend Update alongside Amy Poehler. Joining the show back in 1991, it wasn’t long until Seth’s knack for comedy landed him the co-head writer spot on SNL beside none other than Tina Fey, and he was writing such famous lines as Sarah Palin’s “I can see Russia from my house.” After spending thirteen seasons on the show, it was announced the Meyers would take over the “Late Night” hosting duties from Jimmy Fallon and he’s been knocking it dead ever since.


Fourteen years is a long time for… well, just about anything… But, for Hammond, it wasn’t long enough apparently, as four years after finally leaving SNL (from which he starred from 1995 to 2009), he became the show’s announcer in 2014 and remains there to this day. Yeah, he’s basically SNL royalty at this point! But even if he wasn’t the announcer, he’s the man who played such legendary SNL characters as Bill Clinton and Sean Connery, so he’d likely be considered royalty anyway. When he left in 2009, he was the last remaining cast remember from the terrific 90s ensemble, was the oldest cast member ever at age 53, and held the record for the longest tenure at SNL.


Thompson saw Hammond’s fourteen-year record at SNL and said, “hold my beer!” At seventeen years (and counting!), Kenan is now the undisputed champ. This child actor who appeared in such hits as “The Mighty Ducks” and “Good Burger” first appeared on the show in 2003, was a featured player for two years, and then was promoted to the main roster where he’s still going strong. Not only does he hold the show’s record for most impersonations at 138 (once again passing Hammond), but he’s been credited by show creator Lorne Michaels as being the most reliable cast member. High praise, indeed! But, with NBC recently picking up Thompson’s new show called “The Kenan Show,” how much longer with the beloved comedian stay at SNL?
Comments ∧