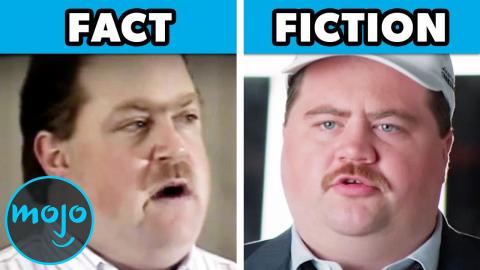 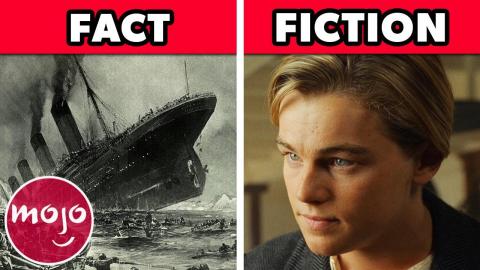 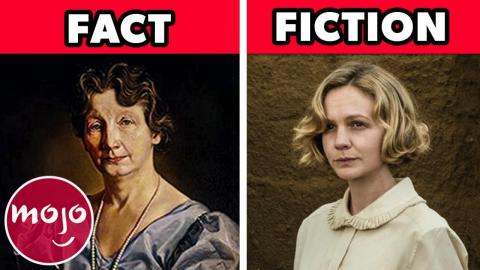 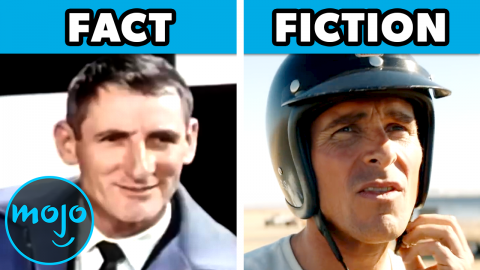 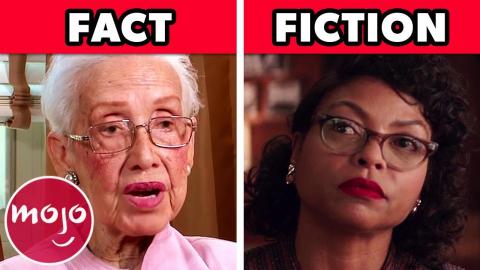 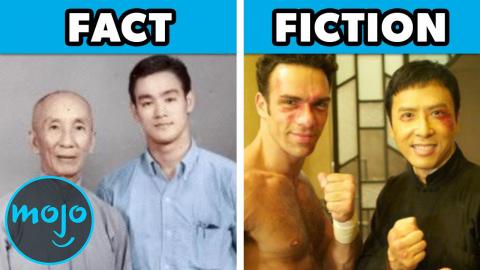 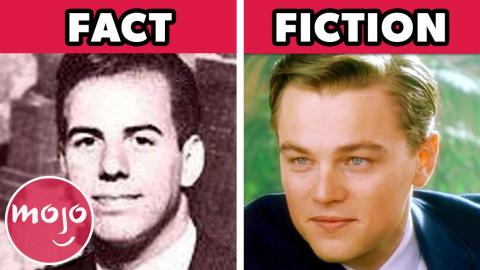 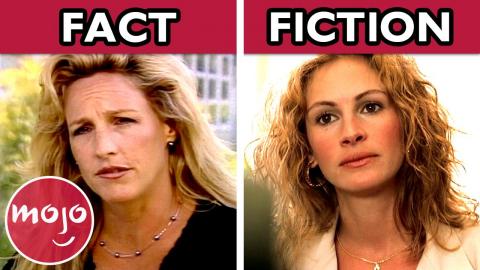 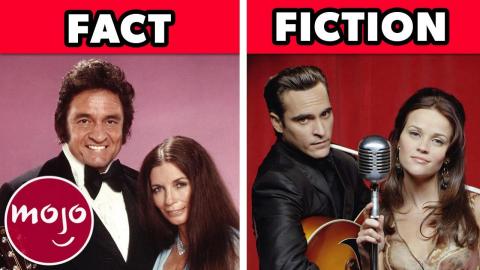 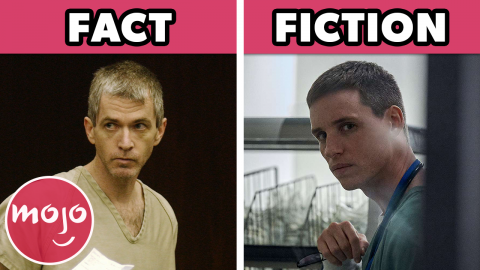 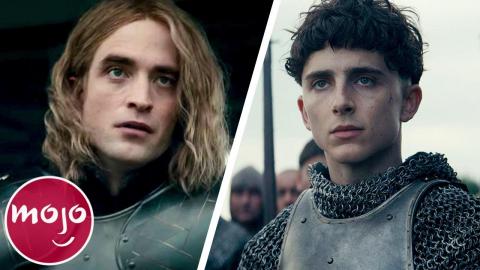 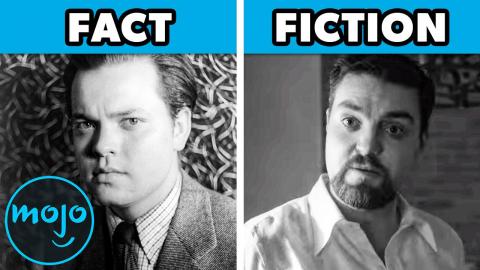 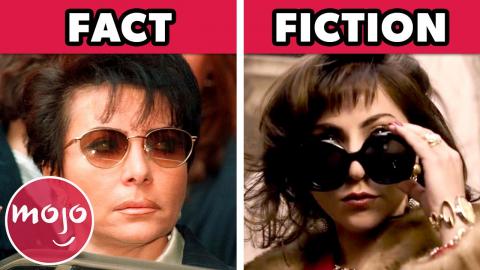 Top 10 Things That House of Gucci Got Factually Right & Wrong

VOICE OVER: Rebecca Brayton WRITTEN BY: Nick Spake
These are the top 10 things Richard Jewell got factually right and wrong, as directed by Clint Eastwood and starring Paul Walter Hauser, Sam Rockwell, Kathy Bates, and more! You can't always believe what you read in the papers, but movies are always accurate . . . right? For this list, we're taking a look at details about the life of Richard Jewell that Clint Eastwood's biographical film got right and wrong. In case you haven't seen the movie yet, consider this your spoiler alert. From Jewell discovering the backpack bomb, to Tom Shaw's role in the Jewell investigation, to how Kathy Scruggs obtained the Jewell scoop, join WatchMojo as we break down the to top 10 things that "Richard Jewell" got factually right and wrong.
Transcript ∧


You can’t always believe what you read in the papers, but movies are always accurate . . . right? Welcome to WatchMojo and today we’ll be counting down our picks for the Top 10 Things Richard Jewell Got Factually Right and Wrong.

For this list, we’re taking a look at details about the life of Richard Jewell that Clint Eastwood’s biographical film got right and wrong. In case you haven’t seen the movie yet, consider this your spoiler alert.

Director Clint Eastwood does a very effective job at recreating Atlanta’s Centennial Olympic Park bombing that took place at the 1996 Summer Olympics. As the film shows us, it was Jewell who discovered the green military field pack under a bench near a sound tower. Jewell alerted the authorities of this suspicious package, which had been filled with three pipe bombs surrounded by masonry nails. Along with the other security guards, Jewell helped to partially clear the area before the bomb went off. In addition to leaving 111 people injured, the explosion was directly responsible for one death and later caused a fatal heart attack. The body count may’ve been higher if it weren’t for Jewell, who was praised as a hero in the press until the story shifted.

#9: Jewell’s Early Friendship with His Lawyer

According to the film, Jewell and his future lawyer, Watson Bryant, worked in the same building ten years prior to the 1996 bombing. The two really did form a friendship at a federal disaster-relief agency where Jewell was a mailroom clerk and Bryant practiced law. According to the 1997 Vanity Fair article, “American Nightmare: The Ballad of Richard Jewell,” “Bryant had always had a soft spot for oddballs and strays.” This is true to how their friendship is depicted in the film, as Bryant takes an unlikely shine to the awkward Jewell. Even the running joke about Jewell giving Bryant Snickers Bars is accurate. “You could say, ‘I'm hungry,’ and suddenly this kid would be by your side with a Snickers bar,” Bryant stated.

#8: Bryant Was Jewell’s Only Lawyer

In need of legal counsel following the bombing, Jewell did indeed turn to Bryant, who at the time had a staff solely comprised of himself and his assistant, Nadya Light. Although Bryant was largely responsible for getting Jewell exonerated, the film leaves out the other lawyers who came to Jewell’s aid. To handle Jewell’s civil suits, Bryant enlisted help from attorneys L. Lin Wood and Wayne Grant. While not present in the film, Wood and Grant took on Jewell as a libel and defamation client, helping to file lawsuits against NBC, CNN, and Piedmont College. Since the film is more about Jewell’s innocence, it makes sense that the focus is kept on Bryant, even if he wasn’t the only lawyer who brought Jewell justice.

#7: Jewell’s Former Boss Suspected Him of Being Involved

Early in the film, Jewell is fired from his security job at Piedmont College by its president, W. Ray Cleere. Seeing Jewel on the news, Cleere tells the authorities that he suspects him of being the bomber based on his past behavior. Jewell did ruffle a lot of feathers during his time at Piedmont, writing people up for minor offenses and giving out tickets on a highway off-campus. This all led Cleere to believe that Jewell was involved in the attack, thus making him the FBI’s prime suspect. It’s also true that Jewell got arrested for impersonating a cop while working as a security guard at a DeKalb County apartment. Ironically, it was Jewell’s passion for law enforcement that often landed him in hot water.

As seen in the film, the false accusations against her son took a hefty toll on Barbara “Bobi” Jewell. On August 1, 1996, the Jewells endured one of their hardest days as the FBI searched Bobi’s apartment. The Feds not only went through Bobi’s undergarments, but also took away her Tupperware and 22 Disney videotapes. Later that month, a press conference was held where Bobi spoke out about the humiliation and injustice her family had faced. Bobi notably referenced then-President Bill Clinton in her emotional statement, telling him, “You have the power to end this nightmare.” Bobi further pleaded, “If the FBI does not intend to charge my son, please tell us. Please tell the world. Mr. President, please clear my son’s name.”

#5: Tom Shaw Was the Main FBI Agent Who Hounded Jewell

Jon Hamm stars as Tom Shaw, an FBI agent leading the investigation against Jewell, believing him to be “guilty as hell.” According to Deadline, however, “Hamm’s character was reportedly an amalgamation of characters in Billy Ray’s script.” It’s possible that Shaw is primarily supposed to represent FBI agent Don Johnson, who grew increasingly suspicious of Jewell as he dug deeper into his background. Johnson received a five-day suspension for his part in the investigation against Jewell. The FBI also reprimand David “Woody” Johnson, the Atlanta Special Agent in Charge, and David Tubbs, the Kansas City Special Agent in Charge. Obviously, the film couldn’t explore every agent who mishandled Jewell’s case. So, it makes sense to have a compilation character like Shaw serve as the antagonist.

#4: Jewell Was Accused of Having a Partner in Crime

In the film, shortly before the bomb goes off, an unseen figure calls 911 and warns them about the impending attack. It eventually becomes clear to all the characters that Jewell couldn’t have made it from the park to the pay phone in this limited time frame. The FBI’s explanation is that Jewell has an accomplice. What’s more, they claim that the person who helped Jewell is his gay partner, even though he’s straight. Believe it or not, the FBI did reportedly theorize that Jewell put the bomb in the park while his male lover placed the 911 call. Of course, there ended up being no evidence backing these accusations, although the call itself, from the actual bomber, did happen.

In one of the film’s most shocking sequences, Agents Tom Shaw and Dan Bennet lure Jewell out of his mother’s apartment to Atlanta’s FBI office, telling him that they want to shoot a training video for first responders. It slowly becomes clear to Jewell that the agents aren’t merely filming a training video, especially after they decide to read him his Miranda Rights for “authenticity.” Jewel proceeds to call Bryant, who tells his old friend what’s really up. The one difference here is that it was actually agents Don Johnson and Diader Rosario who showed up on the Jewell’s doorstep, asking Richard to help them make a training video. Other than that, the film’s portrayal of this event, trying to trick Jewell into talking, basically checks out.

#2: How the Newspaper Journalist Got Her Scoop

The film has attracted controversy due to its depiction of real-life Atlanta Journal Constitution police reporter Kathy Scruggs, who worked on a piece with fellow journalist Ron Martz naming Jewell as a suspect. Played by Olivia Wilde, Scruggs gets her information from the FBI’s Shaw after coming on to him in a bar. While we don’t see them do the deed, it’s strongly implied that Shaw gave up intel in exchange for sexual favors. In reality, Scruggs’ source remains unknown and it’s been argued that she never traded sex for tips. Since Scruggs passed away in 2001 at age 42, she’ll never be able to share her thoughts on the scene in question. According to A.J.C. editor-in-chief Kevin G. Riley, though, “There is no evidence that this ever happened.”

Considering that Jewell was the prime suspect in a terrorist investigation for nearly three months, you might assume that the authorities would’ve placed him under arrest, especially given how he was being publicly accused in the press. Jewell was brought in for questioning and, as mentioned before, was even read his Miranda Rights. As we see in the film, however, Jewell was never officially arrested for the crimes that the FBI suspected him of. Eventually, after 88 days, the U.S. Department of Justice delivered a hand-written letter to Jewell saying that he was no longer being investigated. In 2003, law enforcement finally captured the real terrorist, Eric Robert Rudolph, who eventually pled guilty to the Olympic bombing, as well as three others.
Comments ∧