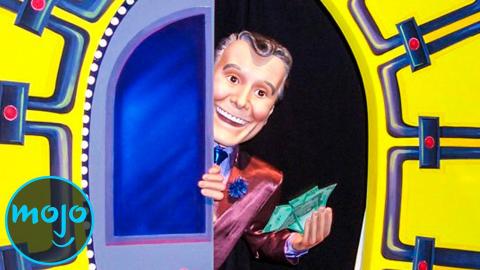 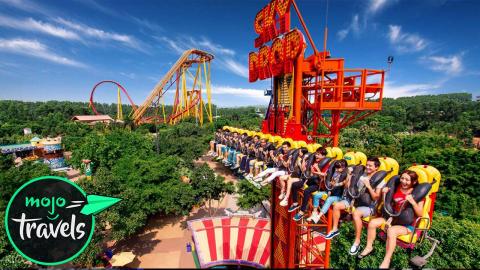 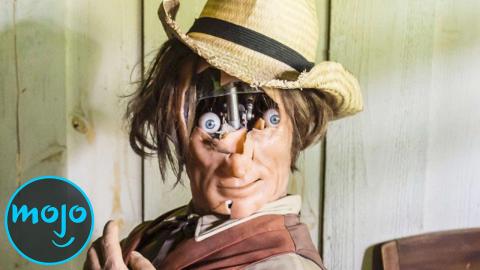 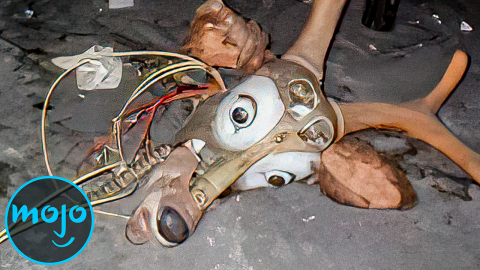 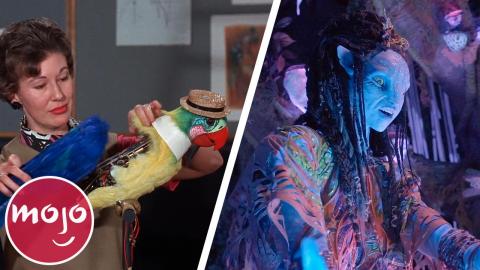 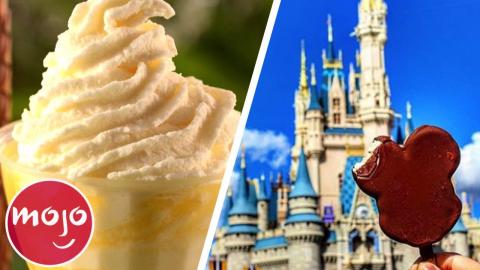 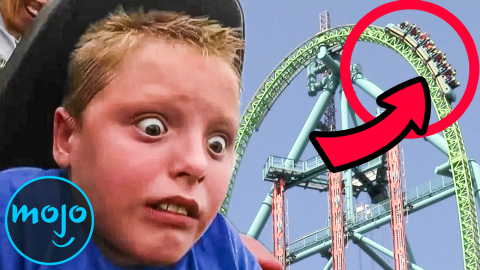 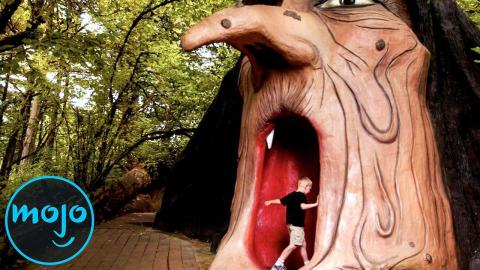 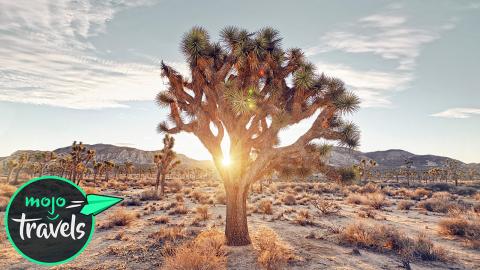 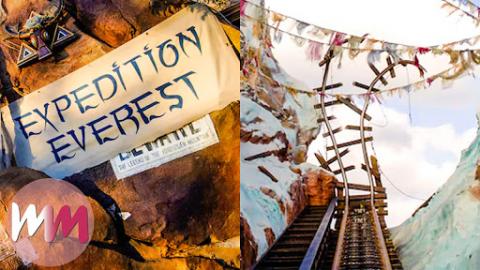 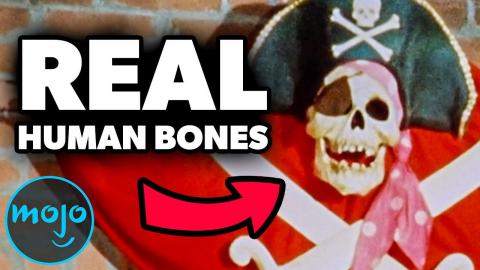 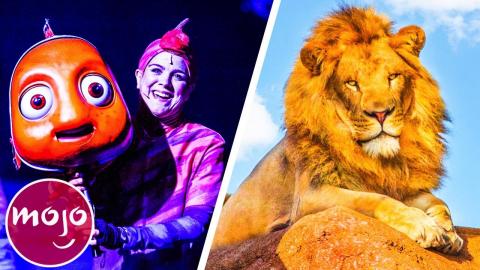 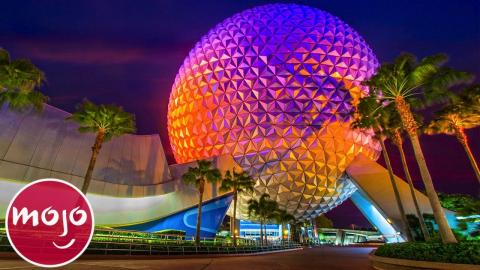 VOICE OVER: Rebecca Brayton WRITTEN BY: Ty Richardson
Even a carnival would be ashamed to house these attractions. For this list, we're looking at some of the worst rides you could waste your time on while visiting the great parks that hold them. Keep in mind we're only counting rides and not shows. So, attractions like Universal's Fear Factor LIVE and Magic Kingdom's Stitch's Great Escape barely avoided making it on here. Welcome to WatchMojo, and today, we're counting down our picks for the Top 10 Worst Theme Park Rides.
Transcript ∧

Even a carnival would be ashamed to house these attractions. Welcome to WatchMojo, and today, we’re counting down our picks for the Top 10 Worst Theme Park Rides.

For this list, we’re looking at some of the worst rides you could waste your time on while visiting the great parks that hold them. Keep in mind we’re only counting rides and not shows. So, attractions like Universal’s Fear Factor LIVE and Magic Kingdom’s Stitch’s Great Escape barely avoided making it on here.

#10: Living with the Land
Epcot

Whether you fancy indulging in exotic cuisine from around the world, or speeding down the crash course in “Test Track”, Epcot has a surprising amount of educational fun for both kids and adults. However, there’s one ride in this edutainment wonderland that’s sure to be a buzzkill. As insightful and enlightening as “Living with the Land” is, this isn’t so much a ride to amuse families as it is an excuse for a school field trip. It’ll lecture your ears off about agriculture and the future of new technologies, but that’s about as interesting as it gets. Unless you’re really into the subject, Living with the Land is about as thrilling as the People Mover.

We could include every version of this ride, but there’s a reason why the Magic Kingdom version of “Tomorrowland Speedway” is getting singled out. For starters, Magic Kingdom is located in Florida, one of the hottest states in the United States. So, when you have to stand in a long line outdoors, you hope this glorified go-kart ride is worth the wait. Alas, you find the karts are on a fixed track, and you won’t be able to go very far before you run into the person in front of you, who may be going the minimum speed. Before you cross the finish line, you’ll be wondering why the lines were so long in the first place.

Ever wondered what the world of Hollywood is like? Disney has provided several opportunities to show you the magic of making movies, but not every attraction has been as enjoyable as the Great Movie Ride. One of Disney’s biggest blunders was Superstar Limo at Disney’s California Adventure, where guests would enter a cartoon limo before being whisked away to an animated version of Hollywood. Filled with creepy caricatures of celebrities and many, many outdated jokes, the ride became so unpopular with guests that Disney shut it down in January 2002, less than a year after it opened. It would be replaced by Monsters Inc: Mike & Sulley to the Rescue in 2006.

Six Flags has boasted its fair share of Batman-themed roller coasters, but when they tried to capitalize on Christopher Nolan’s “Dark Knight” movies, it proved to be a huge disappointment. The Dark Knight Coaster tried taking cues from Disney’s “Space Mountain”, throwing guests on a coaster shrouded in darkness while putting minimum effort into the set pieces. No joke, we aren’t missing footage here - this represents the entire two-minute long ride! Save for a couple of sudden drops and a jumpscare at the end, the only way to describe the Dark Knight Coaster was a squandered opportunity.

One of the best things about Disney’s Animal Kingdom is that it mixes the excitement of Disney’s franchises with a traditional trip to the zoo. However, not every facet of the park is brimming with that “Disney magic”, which is precisely why Discovery River Boats makes it on our list. Throughout the ride, guests can look at small animals that they could have seen from land. “Half-assed” doesn’t begin to describe how dull and lazy Discovery River Boats was, being so uninteresting that even the tour guides had a hard time keeping guests engaged. The ride was shut down roughly a year and a half after opening in April 1998.

This time, we’re favoring the Magic Kingdom version as the Disneyland rendition manages to strip “Astro Orbiter” of its appeal. When visiting Tomorrowland, visitors can ride this rocket spinner that boasts a breathtaking view of the park before being brought back down to Earth. The magic was lost when the ride was brought over to Disneyland in 1998, because it was placed instead at ground level, making it a typical kiddie ride. It was almost as if Disney themselves didn’t understand what made “Astro Orbiter” so special.

Universal has certainly had a few hiccups, but when looking at their most recent attractions, this has got to be their dumbest. Fast & Furious: Supercharged seats guests inside a bus as they experience the “Fast & Furious” crew perform an explosive heist. While it lives up to Universal’s aim in bringing movies to life, it fails to replicate what makes the “Fast & Furious” movies exciting to watch. It's the editing and cinematography that brings those movies to life, not just the fights and car crashes. In the end, “Supercharged” is a tour with very little bang. Can you believe they replaced “Disaster!” and “Beetlejuice’s Rock & Roll Graveyard Revue” with this?

Caterpillar rides can be moderately exciting, but when taking a trip to a Disney park, we expect more than the cheap rides we’d find at a carnival. Unfortunately, Disney went ahead and installed “Slinky Dog ZigZag Spin” at the Walt Disney Studios Park at Disneyland Paris. While Rex makes remarks about how fast Slinky is, “ZigZag Spin” is unbearably slow and tedious, and even though the ride only lasts a couple of minutes, it feels like an eternity. It may be enjoyable enough for toddlers, but anyone over the age of five may want to hop on the “RC Racer” coaster to get their adrenaline pumping again.

The story behind “A Bug’s Land” at Disney’s California Adventure was that Flik and his friends from “A Bug’s Life” had decided to create their own fun fair. Well, based on this ride, they should have stuck to scaring off grasshoppers. “Tuck & Roll’s Drive ‘Em Buggies” is an exceptionally lazy, boring bumper car ride. Considering Disney had created a more thrilling bumper car ride in the form of “Buzz Lightyear’s Astro Blasters” at Disney Quest, it’s stunning how this painfully slow ride was given the green light. At least “Luigi’s Flying Tires” had beach balls to throw around! ...Yeah, no, that ride was just as awful.

Most of our list has comprised of rides that were boring, lifeless, or pointless. “Green Lantern: First Flight”, on the other hand, was actually a painful experience both physically and mentally. Adopting a new model designed and manufactured by Intamin Worldwide, “First Flight” was a fourth dimension roller coaster that perched guests on the sides of the railing, thrashing and spinning them about. Several outlets called it “one of the worst roller coasters ever”, citing it's unbelievably violent nature. And yet, the ride remained in operation for six years before closing in 2017. Today, it has been relocated to La Ronde where it’s scheduled to reopen in 2020 under the name “Vipère”.