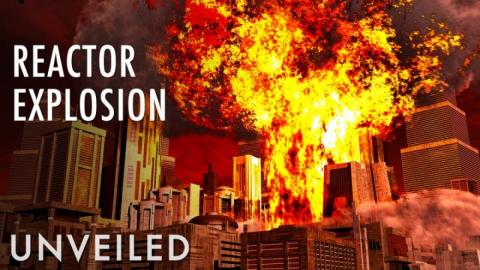 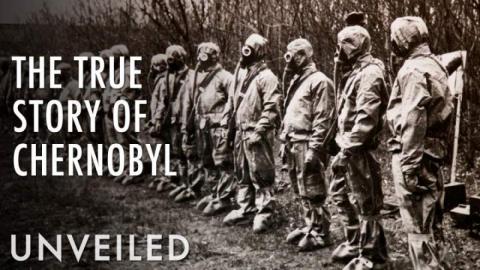 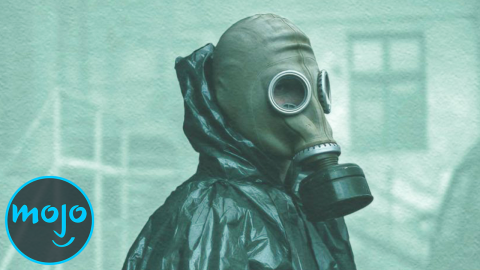 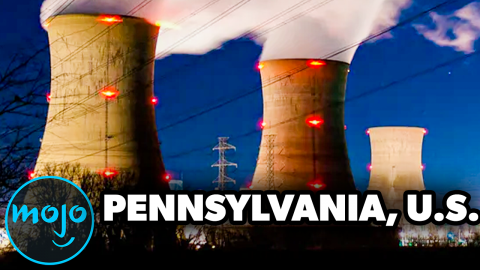 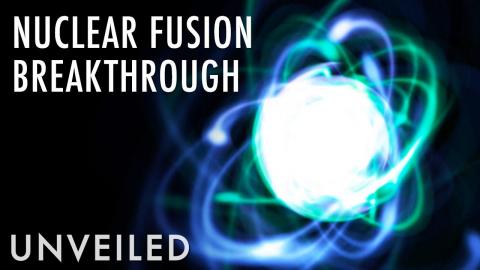 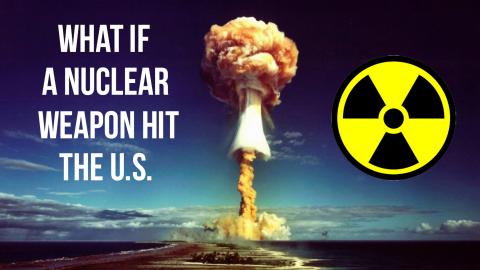 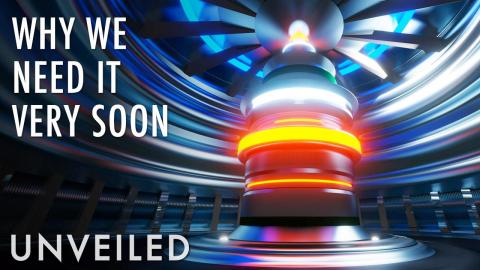 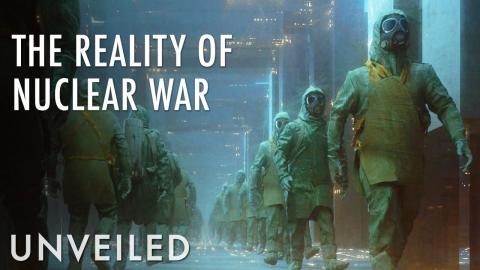 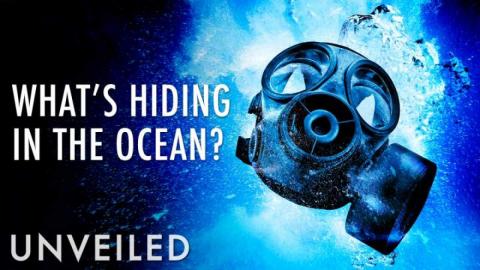 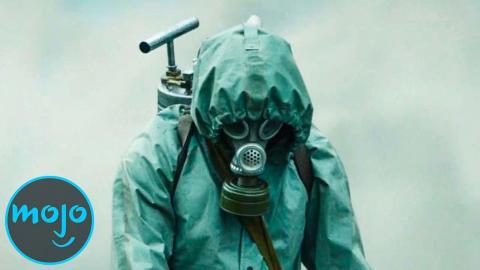 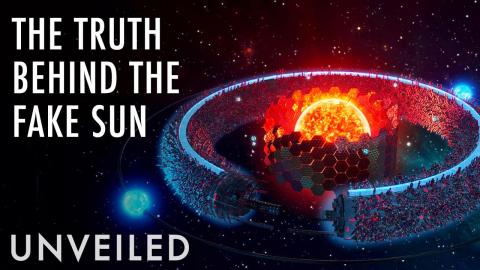 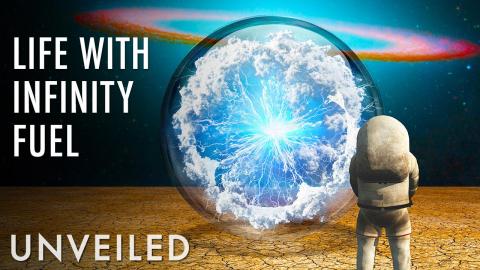 What If Humans Obtained an Infinite Power Source? | Unveiled

VOICE OVER: Ashley Bowman WRITTEN BY: Debra Komar
Nuclear energy has divided opinion for decades, with the prospect of nuclear meltdown becoming a major cause for concern. We've seen how devastating a nuclear disaster can be with the likes of Chernobyl and Fukushima... But, what if every nuclear power plant on earth went into meltdown at the same time? Would we see the widely-feared "China Syndrome" unfold?
Transcript ∧

What If Every Nuclear Power Station Went into Meltdown?


For more than seventy years, nuclear energy has helped satisfy the world’s insatiable need for electricity, but it carries risks as well as rewards. When it works, it is a clean alternative to fossil fuels. When it fails, the results are catastrophic.

This is Unveiled and today we’re answering the extraordinary question: What if every nuclear power plant on earth went into meltdown?

According to the International Atomic Energy Agency, or IAEA, there are over 400 nuclear power plants in 30 countries currently operating worldwide. The United States is the largest producer of nuclear power, with 99 active facilities, followed by France, Japan, China and Russia. Most of these plants have operated for years with few problems, so much so that the industry’s watchdog doesn’t maintain a complete database of prior nuclear mishaps.

When something does go wrong, scientists use the International Nuclear Event Scale, or INES, to assess the damage. The INES is a seven-tiered pyramid, with each level representing an event that’s 10 times greater in magnitude than the previous tier. Unlike something like the Richter Scale for earthquakes, though, the INES is highly subjective and was never meant to regulate disaster response efforts. Nevertheless, the scale draws a clear line between the lower three tiers — classified as “incidents” — and the top four levels, which are designated as “accidents.” An incident involves some failure of the safety provisions but only a minor release of radioactive materials. Far more serious are nuclear accidents, in which there is significant radiation exposure, breaches of the containment structure and an escalating need for aggressive countermeasures to minimize the risk to people and the environment.

To better understand how the scale works, and what would happen if every nuclear power plant found itself experiencing the highest and most dangerous levels, it helps to look at three of the most infamous breaches in recent history. In 1979, the Three Mile Island nuclear power facility in Pennsylvania experienced a cooling malfunction. The damage was mostly contained, and little radiation was released into the atmosphere. No deaths or adverse health effects were reported as a direct result, although there was widespread public panic. According to the INES scale, Three Mile Island is listed as a level five “accident with wider consequences”.

Compare that to the 1986 disaster at the Chernobyl Plant in the Ukraine. More than 100,000 people had to be evacuated when a major breach of the reactor’s containment system dumped tons of radioactive material into the atmosphere. Dozens of people died in just the first few weeks, and a 30-kilometer no-go zone remains in effect to this day. Chernobyl scores as an uncontested 7 on the INES scale. And a similar score was given to the Fukushima reactor disaster in Japan. In 2011, a 9.0 magnitude earthquake and subsequent tsunami triggered a meltdown in three of the facility’s reactors. Although no lives were reported lost due to radiation, the environmental damage was extensive, and clean-up efforts are expected to take 30 to 40 years, costing at least $189 billion.

Level seven or “major accidents” such as Chernobyl and Fukushima initiate the process today’s question focusses on; a meltdown. Although nuclear facilities vary, most use water to cool fuel rods made of zirconium alloy and uranium. If the core doesn’t cool properly, the fuel rods boil off the available water then begin to melt the reactor itself, as well as the steel containment vessel designed to keep in all radioactive materials. When the containment vessel is breached and radiation is released into the environment, the result is a “meltdown.”

The prospect of an isolated level seven meltdown is terrifying, but if all 400 nuclear power facilities on earth were to meltdown at the same time… it’d be an unprecedented global disaster. Somewhat fortunately, the world wouldn’t be plunged into total darkness, as only 11% of the planet’s electricity comes from nuclear power. The internet and our smartphones would survive but the impact on people in general would be catastrophic. Acute radiation syndrome, or ARS, or simply radiation sickness, is caused by a single high dose of radiation - with lethal exposure occurring within minutes. In the United States, that exposure is measured in rads, the amount of ionizing radiation absorbed per gram of human tissue - with one rad roughly equivalent to a standard medical x-ray. According to the Centers for Disease Control and Prevention, how quickly those in the fallout zone will die depends on how much radiation they absorb. Doses of around 70 rads can result in slow, excruciating deaths due to infection or uncontrolled bleeding caused by the destruction of the victim’s bone marrow. In these cases, death often occurs months or even years after the initial exposure. Higher doses of radiation, though — up to 1,000 rads — attack the gastrointestinal system. The CDC warns that survival for patients exposed at this level is “extremely unlikely,” and that most will be dead within two weeks. Fatal doses of radiation, measuring more than 5,000 rads, kill within three days. Exposure at these levels destroys the cardiovascular system, leading to the complete collapse of the heart and lungs. It also attacks the central nervous system, causing lethal swelling of the brain.

In the aftermath of the Chernobyl accident, 134 of the clean-up crew sent in to deal with the disaster were diagnosed with acute radiation syndrome. Twenty-eight of those cases proved immediately fatal, with more deaths occurring in the years that followed. A study by the World Health Organization also found a sharp increase in thyroid cancer and leukemia among the hundreds of thousands of people living within the fall-out zone. Clearly, were every power plant to go into meltdown, leading to every plant being surrounded by similar-sized exclusion zones, we’d see these types of effects all around the world, with emergency services working flat out to try and contain a devastating threat that - if it isn’t dealt with - could continue to spread.

A global meltdown would be equally devastating to the environment. Radiation released into the atmosphere does not simply dissipate. It accumulates in the air, soil and water, reaching potentially lethal concentrations as it works its way through the food chain. Twenty years after the Chernobyl accident, the Chernobyl Forum Environmental Expert Group studying its effects concluded that the persistent atmospheric radiation from the disaster remains at toxic levels. Despite long-term clean-up efforts, more than 5 million people still live in regions in some way contaminated by the fallout.

So, what is the absolute worst-case scenario when it comes to nuclear power plant accidents? Like most doomsday scenarios, public perception of nuclear power has in part been influenced by pop culture and the media. Just as the movie “Jaws” forever changed our perception of sharks, for example, the 1979 film “The China Syndrome” particularly demonized nuclear power by giving the public the headiest of hypothetical dangers. First coined in 1967, the term “China Syndrome” describes a breach of the containment structure at a nuclear power plant resulting in an apocalyptic core meltdown that burns all the way through the planet - supposedly to the other side of the globe. Recent real-world disasters such as Fukushima and Chernobyl - both of which were exceptionally severe - reveal that a true China Syndrome global melt-through isn’t scientifically viable. Containment structures may breach and the regional environmental impacts of such events are unquestionably devastating but the terrifying notion that the core will continue to melt “all the way to China” is the stuff of science fiction only.

Even if the China Syndrome is simply myth, the idea of a complete global meltdown in which every reactor on earth breaches at the same time is still an extremely alarming prospect. But what are the chances of a world-wide meltdown actually happening? A 2012 study by researchers at the Max Planck Institute for Chemistry briefly caused another surge of panic on the topic. It sought to estimate the probability of an isolated accident at any one nuclear power generator, arguing that such an accident would likely occur once every 10 to 20 years - sparking fear as the risk was therefore calculated as 200 times greater than previous estimates. Ultimately, though, the study showed that while the possibility of an accident has increased over the past twenty years (thanks in no small part to the building of new power plants and the aging of existing facilities), the risk of a high-level meltdown remains relatively small. And if the probability of a single accident is low, the chances of all 400 reactors melting down at the same time is virtually non-existent.

Fortunately for all of humankind, it’s a purely hypothetical situation - but one in which thousands if not millions of people would be at risk of radiation sickness and devastating spikes in cancer rates. Huge areas of land and natural environments would wind up contaminated and potentially dangerous for anyone that walked there. A large percentage of the planet - especially in those countries with the majority of nuclear plants - would see itself turned into an exclusion zone. And the cost - in terms of time, money and personnel - to clean-up after such an event is almost incalculable. It would take centuries. And that’s what would happen if every nuclear power plant went into meltdown.
Comments ∧