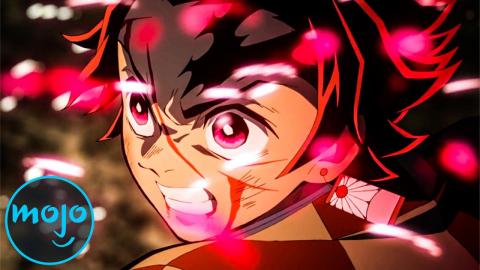 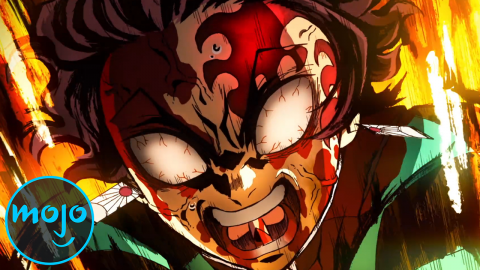 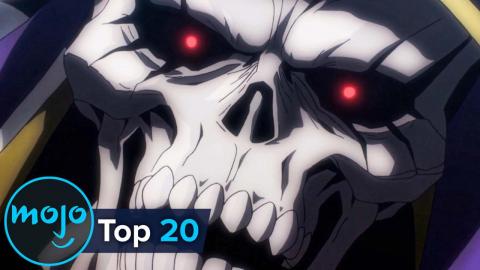 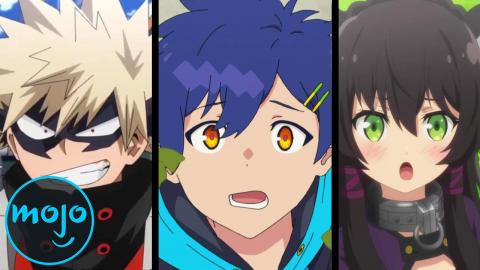 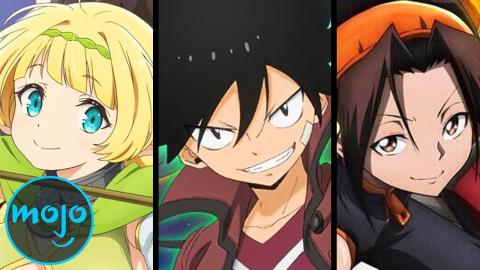 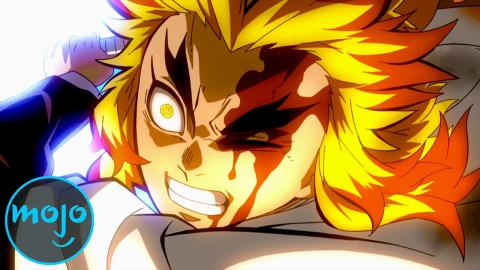 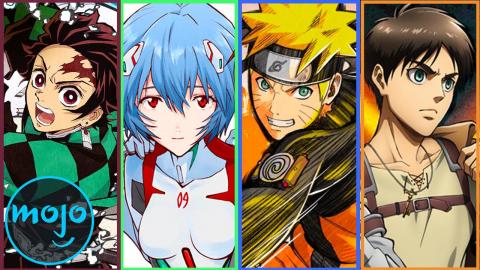 Top 10 Most Popular Anime Songs of All Time 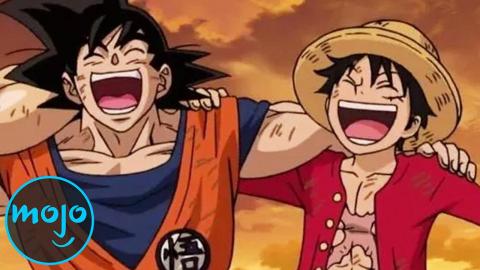 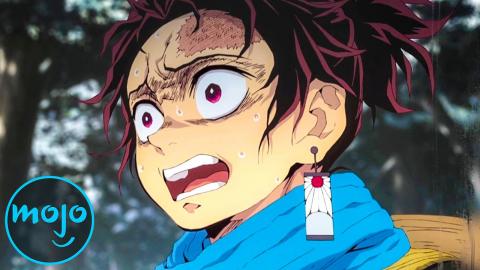 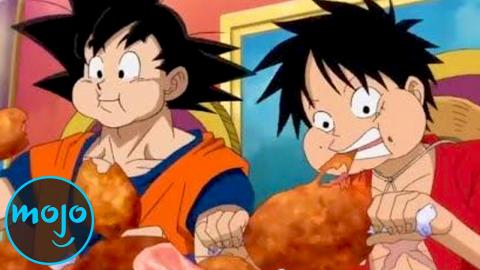 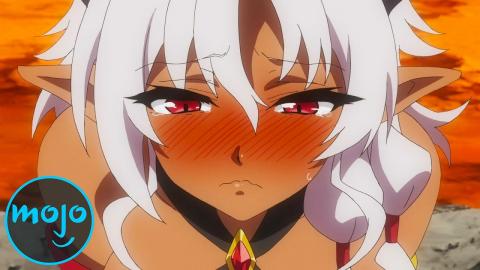 VOICE OVER: Ashley Bowman WRITTEN BY: Alex Crilly-Mckean
Must be something in the pollen, because this season's line up has been crazy! Welcome to WatchMojo and today we are counting down our picks for the Top 10 Anime of Spring 2019.

For this list, we'll be looking at the hottest new releases to come out of the spring season and ranking them on their impact, popularity and how much they made our jaws drop.
Transcript ∧

Must be something in the pollen, because this season’s line up has been crazy! Welcome to WatchMojo and today we are counting down our picks for the Top 10 Anime of Spring 2019.

For this list, we’ll be looking at the hottest new releases to come out of the spring season and ranking them on their impact, popularity and how much they made our jaws drop.


We didn’t think it was possible for an Isekai to get any tropier, but then this series came along, and we were instantly proven wrong, because this series has ALL the tropes. A down on his luck nobody transported and reincarnated into another world, becomes an OP protagonist, encounters a nerfed supporting cast, builds a bustling harem, has plot armour as thick as the female cast’s bust sizes, the list goes on. And to be perfectly honest, we’re loving every second of it. Shin Wolford is as overpowered as they come, and we can’t wait to see just how many more tropes he can amass by the end.


Who knew that tutoring could pave the way to all manner of hilarious romantic hijinks! In order to secure himself a guaranteed pass to a college of his choice, the average yet determined Nariyuki finds himself tutoring a set of genius students, each of whom wish to graduate in subjects they’re terrible at. As you’d might expect, the set-up is rich with romantic possibilities, helmed by a trio of diverse yet equally lovable ladies who are all top tier waifu material. Admit it, you would sell your soul for any of these girls smiles!


It may not be every ones cup of tea but all music lovers need to check this out. You want to talk about pedigree? Helmed by the masterful director who brought us Cowboy Bebop and Space Dandy, coated in some of Studio Bones’ most breath-taking animation, filled with songs that you will loading on to your music library immediately after hearing them, a somewhat scathing satire of the modern world’s obsession with social media, celebrity culture and artificial talent, all tied together with two girls’ journey to make it as musicians on Mars. So yeah, it’s pretty damn good.


Not to knock the classic adaptation of this supernatural slice of life, reverse harem juggernaut, but time hasn’t been kind to it. Thankfully, along comes this radiate second coming that not only promises to adapt the entirety of the source material, but somehow manages to capture the infinite cuteness that comes from the Soma family’s animal transformations. Seriously, just look at Kagura’s boar form and tell us you don’t want to take it home. Oh, and of course the romance is endearing, Tohru’s a stellar lead character and we can’t wait for the iconic moments of the previous series to come around again. But come on! Look at the adorable animals!


This show is way funnier than it has any right to be, but how could we not become invested when four of the most iconic isekai-ers end up together in a high school setting? The gags practically write themselves. Subaru and Kazuma comparing their very different out of world experiences, Rem showing the rest how best girls do it, as well as Ainz Ooal Gown and Tanya finally finding someone they can relate to. While its doubtful the series will ever go beyond its weird approach to comedy and WTF moments, we’re happy to just ride this crazy rain until its conclusion.


Are you in need of a little pick-me-up? Some R&R for your soul? Then all you need to do is let this fluffy deity tend to your tired psyche. All we can say is, where can we get a friend like Senko? It may be a little light on plot, but what this series expertly nails is a relaxing atmosphere. Just watching Senko provide comfort and care to an overworked average joe brings a delight that not many anime can claim to. And we’d be lying if we said we didn’t want to cuddle that tail…


First things first; the visuals are indeed lacking when compared to the monumental success that was the first season. The absence of Madhouse can certainly be felt, and you can pinpoint locations where the show cuts corners in the animation department. However, that doesn’t take away from the fact that the characters and story are as solid as you remember, highlighting Saitama’s continued exploits as he effortlessly wipes out supervillains and corrupt heroes alike with a single blow, all the while the murderous human-monster Garou sets off on his own crusade to slay every hero he comes across. For those that can look pass the surface, this sequel still manages to deliver.


There’s nothing quite like getting a fix of intense gangster action blended together with ties to famous literature, the odd splash of philosophical debates over morality here and there, and some superpowers thrown in for good measure.
With the Guild all but taken care of, the Armed Detective Agency and the Port Mafia look set to settle old scores…save for the introduction of the terrifyingly intelligent new antagonist Fyodor Dostoyevsky. Seriously, If someone can frighten Dazai, then that’s saying something.


Carving its way up the shounen ladder with one fell swoop, this newest adaptation from animation gods Ufotable has proven to be utterly blinding in both presentation and its narrative. After his sister is turned into a demon following the slaughter of their family, Tanjiro takes up the path of a Demon Slayer in order to find a way to reverse the transformation, all the while getting himself thrown into some truly spellbinding action scenes. We aren’t joking when we say that this has the potential to usurp the current frontrunners as the next big thing in anime!


The hype machine just does not stop! They teased a bloody showdown in Part One, but we weren’t expecting something like this. The damn thing just refuses to slow down! From the first frame, fans have had their collective minds blasted as the Survey Corp take on the full might of the Beast Titan’s forces, including that Reiner and Bertholt. While we’re sure the series will eventually take a breather and return to the noir elements, for the moment we’re currently consumed by this roller-coaster of Titan-killing madness!