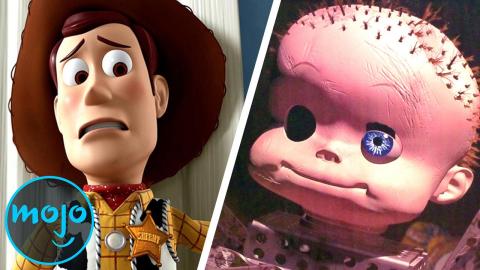 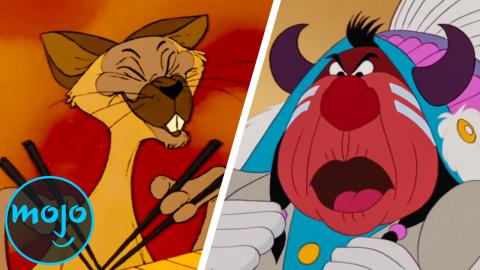 Creepiest Facts About Disney Movies that Will Ruin Your Childhood 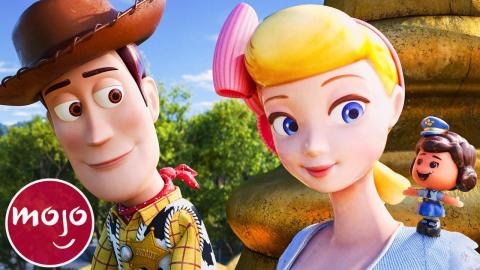 Top 10 Behind the Scenes Facts About Toy Story 4 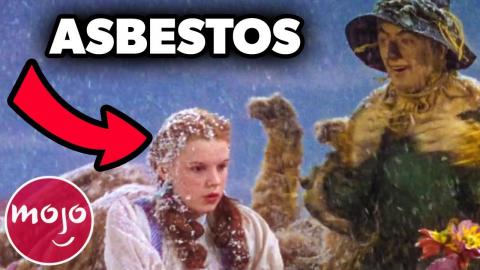 Top 10 Wizard of Oz Facts That Will Ruin Your Childhood 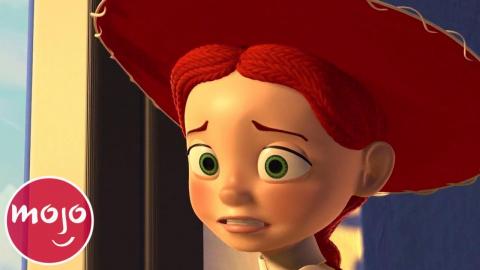 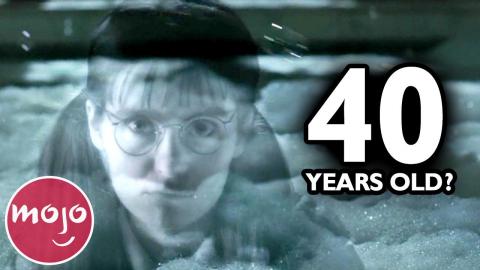 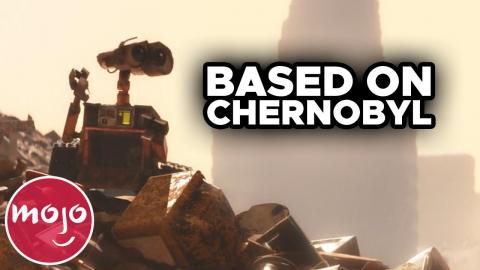 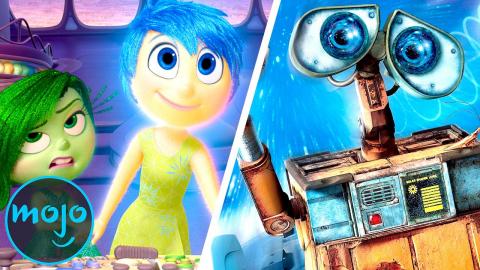 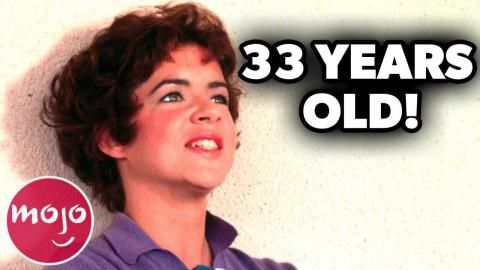 Top 10 Facts About Grease That Will Ruin Your Childhood 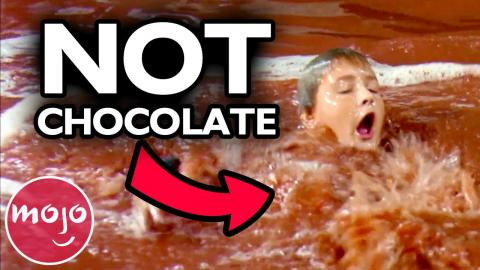 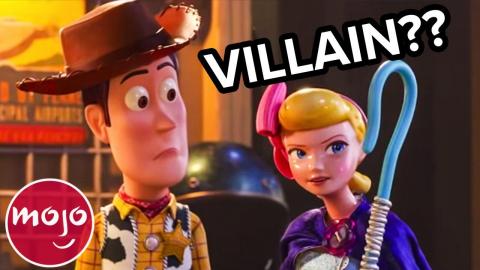 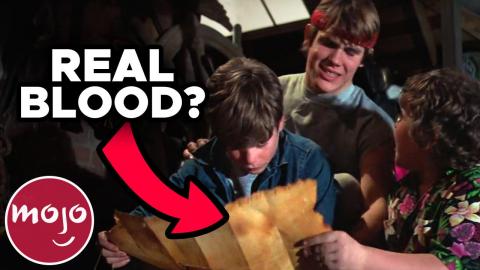 Top 10 The Goonies Facts That Will Ruin Your Childhood 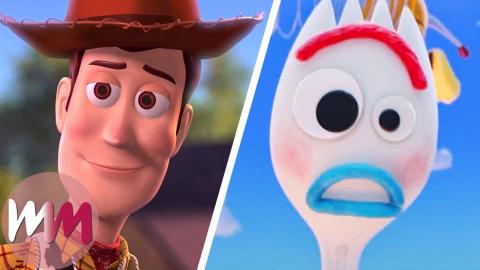 VOICE OVER: Rebecca Brayton WRITTEN BY: Savannah Sher
We're going to infinity and beyond to dig up these unsettling behind-the-scenes facts. For this list, we're examining lesser-known facts about the original Toy Story film and the ensuing franchise that might really change the way you look at it all. Join WatchMojo as we count down our picks for the 10 Secrets Behind Toy Story That Will Ruin Your Childhood.


We’re going to infinity and beyond to dig up these unsettling behind-the-scenes facts. Welcome to WatchMojo, and today we're counting down our picks for the 10 Secrets Behind Toy Story That Will Ruin Your Childhood.

For this list, we’re examining lesser-known facts about the original Toy Story film and the ensuing franchise that might really change the way you look at it all.

#10: Andy and His Friends All Have the Same Face


In the first “Toy Story” movie, we meet Andy, the proud owner of all the toys that we come to know and love. Andy’s birthday is celebrated in the movie, and while you may have been distracted by the chaos of the party, if you look closely, you may notice something strange about Andy’s party guests. Many of the other kids there seem to look exactly like him! That’s because this movie was made in the early days of computer animation and crafting original human faces was time consuming and therefore expensive. Shudder.

We all know that most movies and TV shows go through several different titles before finding the right one, and “Toy Story” was no exception. One of the earlier contenders for this franchise was “You Are a Toy”, which was likely inspired by the scene in which Woody yells this to Buzz as he’s taking on Buzz’s delusions. Though it wouldn’t have necessarily been a bad title, it does have a bit of a negative connotation and we feel that “Toy Story” has an element of whimsy to it that makes it feel like the perfect fit.

#8: Sid's Creepy Toys Were Inspired by Real-Life Ones

Many Disney and Pixar movies have moments in them that terrified us as kids, and the first “Toy Story” movie was one of them. While most of the film is a fun primary-colored romp through Andy’s bedroom and beyond, some of the darker scenes take place at Sid’s house. While we eventually find out that Sid’s Frankenstein-esque toys are actually friends, not foes, they’re still pretty darn creepy. The film’s animators actually took inspiration from real-life toys that were on display as part of an oddities exhibit at the Unknown Museum in Marin, California. Let’s just say we don’t need to see the real versions!

#7: Andy Didn't Have a Dad Because It Was Deemed Too Pricey

In the first movie, we meet Andy and his baby sister, as well as their mom, but Andy’s father is conspicuously absent. In an interview with MSN Movies, Lee Unkrich – who edited “Toy Story,” directed the third film in the franchise and co-directed the second – said of Andy’s dad that he has "never been relevant to the story”, going on to add that they had “never addressed it directly, nor have we given any explanation for where he is or why he's absent." Craig Good, one of the layout artists on the film, gave the real explanation, however, saying that making human characters was “hideously expensive” so they decided to simply leave him out.


#6: Bo Peep and Woody Weren't Going to Be a Couple

Barbie is one of the most iconic toys of all time so it was kind of surprising that she didn’t appear in the first “Toy Story” movie. It turns out that Mattel didn’t want their character in the film because they didn’t want her to have a fixed personality. That’s why Woody has a romantic relationship with Bo Peep instead! Of course, Mattel eventually changed their minds and let Barbie (or, Barbies) appear in “Toy Story 2” as well as “Toy Story 3”. While Bo Peep wasn’t a major player in “Toy Story 3”, it has been confirmed that she will have a starring role in “Toy Story 4” which will partially focus on her relationship with Woody.

Tom Hanks is considered an American hero by many, and while he has played many incredible roles, we’ll always have a soft spot for his voice work as Woody. In fact, we can hardly imagine anyone else voicing the role. In an interview on the “Graham Norton Show” however, Hanks admitted that he doesn’t provide Woody’s voice for the character’s every single appearance in the extended franchise. He said that his brother, Jim Hanks, actually does much of the work for toys and video games. But since they’re so closely related, it’s no wonder the end result is believable!

This is a piece of Pixar lore that many fans are aware of, but which will still undoubtedly send a shiver down your spine. In 1998, when work on “Toy Story 2” had already been ongoing for at least two years, nearly the entire movie was lost when a root folder was accidentally deleted. It was soon discovered that the backup system had failed as well, and panic started to set in. Thankfully, Galyn Susman, the technical director, had recently given birth and was working from home, and happened to have backups on her computer. Phew!

#3: Woody Was Almost a Ventriloquist Dummy

Before Pixar had the final conception of “Toy Story” nailed down, many plot and character details were very different from the beloved ones we’re familiar with from the completed film. In a very early version, Woody wasn’t actually a pull-string cowboy toy . . . but was actually a ventriloquist dummy! And his personality was very different too, but we’ll touch on that in a moment. We’ve gotta say, we’re pretty thankful he didn’t stay a dummy, because those things are just...well...unnerving, and it seems that the executives at Disney thought so too.

#2: Buzz Lightyear As We Know him Almost Didn't Exist

Here’s another one. The earliest conceptions of Buzz were nothing like the version we finally met in “Toy Story”. In fact, his name wasn’t even always Buzz! He went through several other potential names including Lunar Larry, Tempest, Morph and Star Command. Not only that, but his white, green and purple space suit was once red! He was also nearly voiced by Billy Crystal, who was one of the original choices in terms of casting. Most importantly though, originally Buzz was going to be aware of the TV show he originated from, which would have completely changed the plot of the film.

#1: Woody Was Originally a Big Meanie

It may seem hard to believe, but the original Woody was much more mean-spirited and villainous than his final incarnation. While Woody definitely makes some mistakes and has questionable morals at times, the audience always sympathizes with him, which wasn’t the case in the original storyboarding. Even Tom Hanks supposedly noted, "This guy is a jerk!" when he read his lines. One of the producers, Darla K. Anderson, said in 2015, “"We were trying to find a character with an edge... We took it way too far." Who knows what would have become of this film had Woody remained in his original iteration!