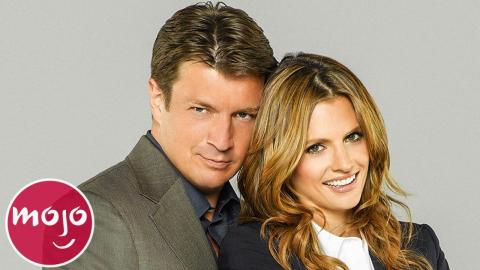 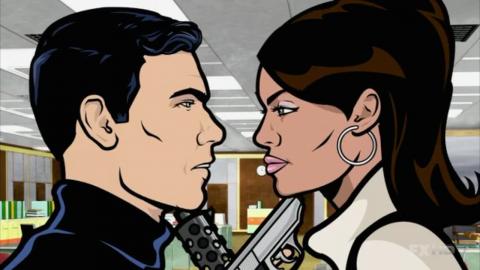 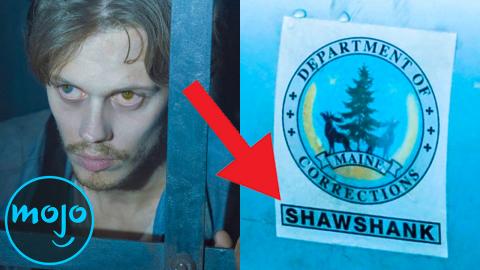 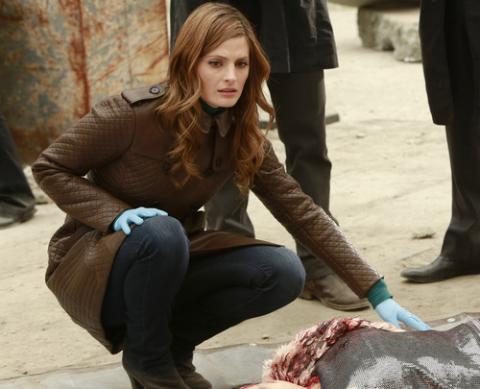 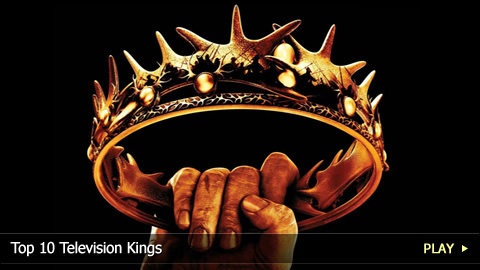 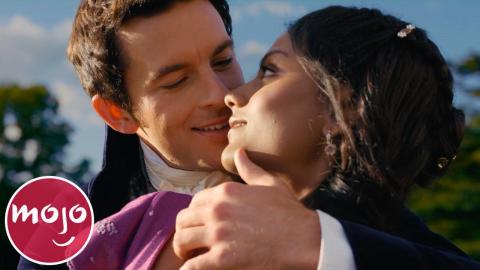 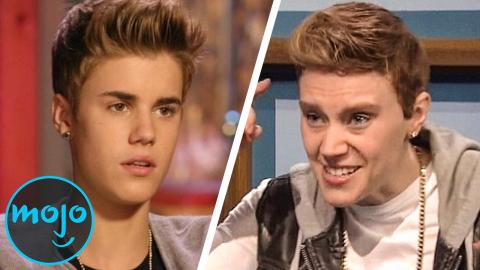 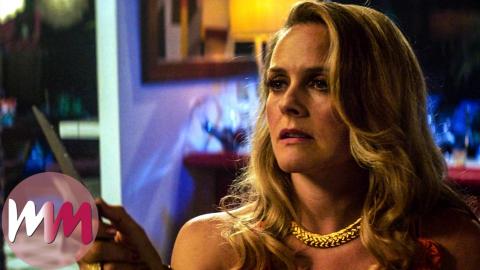 Top 10 Summer TV Shows Not On Your Radar 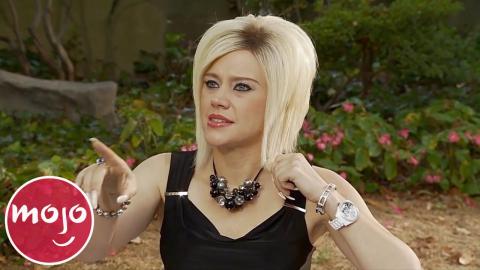 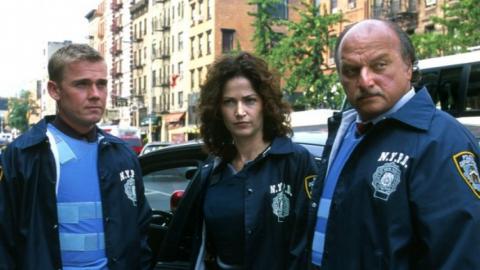 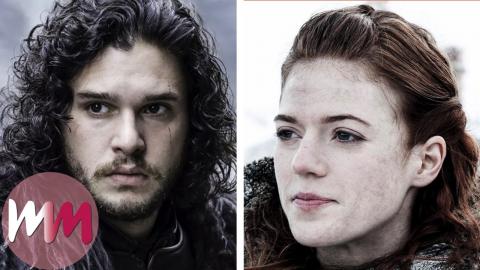 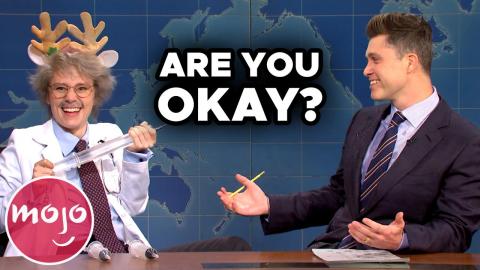 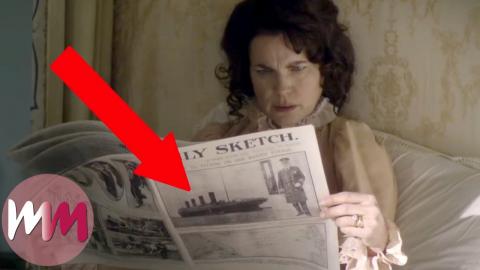 VOICE OVER: Alexandra Maynard WRITTEN BY: Garrett Alden
Caskett were adept at solving crimes and at romance. For this list, we'll be looking at the best moments, romantic and otherwise, between the titular writer Richard Castle and Detective Kate Beckett on “Castle.” There will be spoilers ahead, so if you haven't seen the whole show, you may want to tread carefully. Our list includes Holding Hands After 3XK, The Swings, The Freezer, Beckett Is Shot, The Wedding, and more! Join MsMojo as we count down our picks for the Top 10 Castle & Beckett Moments.
Transcript ∧


Caskett were adept at solving crimes and at romance. Welcome to MsMojo and today we’ll be counting down our picks for the Top 10 Richard Castle and Kate Beckett Moments.

For this list, we’ll be looking at the best moments, romantic and otherwise, between the titular writer Richard Castle and Detective Kate Beckett on “Castle.” There will be spoilers ahead, so if you haven’t seen the whole show, you may want to tread carefully.


The first episode of the series has plenty of standout moments we could have chosen, from the duo’s fractious and flirtatious first meeting that sees Beckett interrogate Castle, to the scene where Castle deduces elements of Beckett’s past. But our choice has to come at the end of the episode, where after solving the case and seemingly ready to part ways for good, Castle laments that they could have been good together, to which Beckett replies that he has no idea. Naturally, Castle, and the audience, were absolutely hooked when the tough detective showed us that the attraction was anything but one-sided.


One of the duo’s most ardent foes is the serial killer known as the Triple Killer, or 3XK. Unlike most recurring serial killer nemeses on cop shows, Castle and Beckett learn who the killer is during their first encounter with him. Castle figures out that the former cellmate of the man they’ve thought was the murderer was actually the real one. The killer had paid off his former “roommate” to imitate him in order to throw suspicion off of himself. Unfortunately, Castle figures this out too late and 3XK ties him up and leaves. While comforting Castle over the killer’s parting gesture, Beckett and Castle hold hands, showing their increasing level of intimacy, albeit in a platonic moment.


After Beckett is shot, more on that later, her hardened exterior only increases, as she feels much more vulnerable. This leads to problems with her relationship with Castle, whom she tries to push away, not talking to him for months. After reuniting to work on a case, Castle seems ready to push her away in kind, but Beckett explains that she broke up with her then-boyfriend. They have a moment on a swing set, where Beckett explains her need not to feel vulnerable stems from her mother’s murder and that until she can find closure, she doesn’t feel like she can have a real relationship; essentially telling Castle to wait for her.


While investigating a terrorist bomb plot, Beckett and Castle find themselves locked inside a walk-in freezer when Castle’s off-mission hunch proves correct. Forced to huddle together for warmth and unable to signal for help, the crime fighting duo’s real feelings nearly surface as they face near certain death, with each expressing regret at how things turned out, while reassuring each other. Although Beckett nearly seems ready to confess that she loves Castle, she passes out from the cold and Castle’s desperate pleas for her to stay with him as he too succumbs to the cold is quite heartbreaking.


The murder of Beckett’s mother has been a major through line throughout the show and the detective’s life, so when Beckett and Castle finally come across the hired killer, it’s a tense episode that climaxes with a tense standoff in the police station. However, in order to save Castle’s life, Beckett is forced to shoot and kill the man, leaving her without answers. This prompts Castle to consider stopping his shadowing of Beckett. Yet, she insists that he stays, admitting that she’s gotten used to him pulling her pigtails, and that he makes her job more fun.


We mentioned the fallout of Beckett’s shooting earlier, but not the particulars of the event. In another episode that delves into Beckett’s mother’s death, Beckett pursues new information that dirty cops were involved. Her dogged pursuit leads to a falling out with Castle, whose pleas with her to drop it fall on deaf ears. Ultimately, Beckett discovers that her own police captain was involved and that he had been protecting her. However, his death ends that protection and Beckett is shot while giving his eulogy. As Castle holds her as she bleeds, he confesses his love for her, giving voice to his feelings explicitly for the first time.


After one of the dirty cops involved in Beckett’s mother’s death confesses his role and is later killed, Beckett and Castle investigate a drug lord. They attempt to do so undercover and in order to maintain that cover, Castle spontaneously kisses Beckett to avoid a guard’s suspicion. While it may be a ruse, both of them get into character with quite a lot of passion, leading Castle to marvel in amazement, ostensibly on Beckett’s ability to knock out the guard; though we have no doubt that he meant the kiss.


“Caskett” experience many roadblocks on their road to marriage, with their first attempt being a disaster, and while their decision to elope with only their immediate families invited is rather abrupt, it still manages to be romantic… even if the sunset setting is achieved with a pretty obvious green screen. Their vows are touching and reveal how much they value the encouragement and love they give each other; perfectly summing up their journey together, as well as touching on several recurring elements of their relationship. We knew these two were meant for each other from the beginning, but this only showed us that they would continue to be partners in crime and love: “Always.”


The conclusion of Season 5 sees Beckett and Castle uncertain about their future, as Beckett has been offered a job in Washington, D.C. Despite, or perhaps because of this uncertainty, Castle decides to propose to Beckett while sitting on “their” swings, ending the season on a decidedly emotional cliffhanger. Naturally, Beckett says yes, but that didn’t stop fans from being any less excited when we learned she did. The locale, their dialogue, and the great leap forward in their relationship make this moment truly special, and one that is exceeded, in our opinion, by only one moment in the series.

Getting Their Nickname
"Murder, He Wrote"

“To the Extraordinary KB”
“When the Bough Breaks”

Rear Window Present
"The Lives of Others"


It couldn’t be anything other than this moment! Beckett and Castle have a falling out, due to Beckett’s reckless need for answers about the death of her mother. However, following a near-death experience, Beckett reevaluates her priorities and shows up at Castle’s doorstep. She kisses him and Caskett finally gets together after nearly four seasons. Although their “morning after” is quite adorable as well, it’s this pivotal moment that captures fans hearts, as it marks the shift in Castle and Beckett’s relationship from mutual attraction to relationship; changing them, as well as the show, forever.
Comments ∧