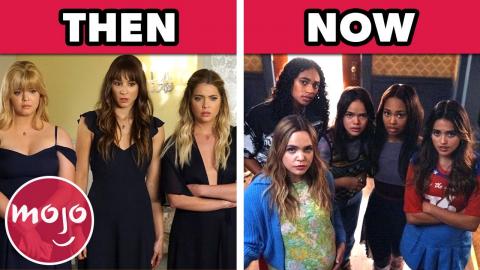 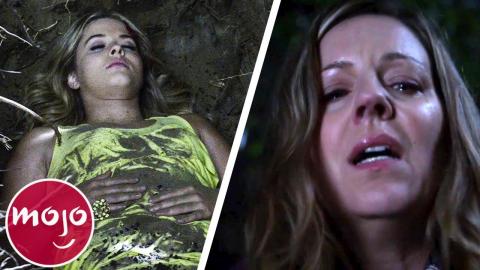 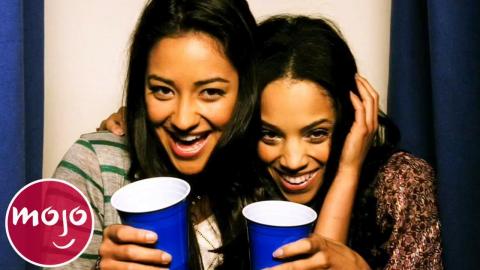 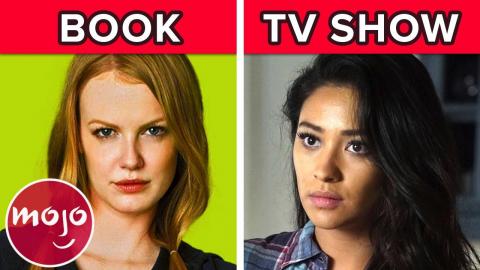 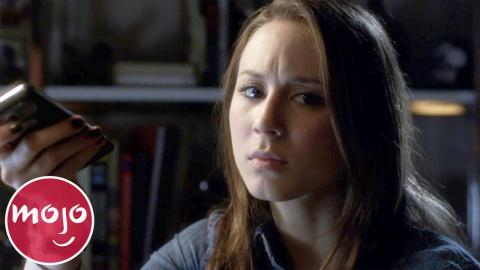 Top 10 Things That Make NO Sense on Pretty Little Liars 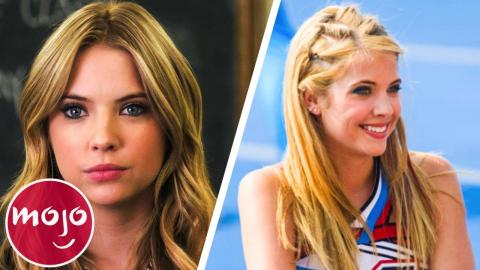 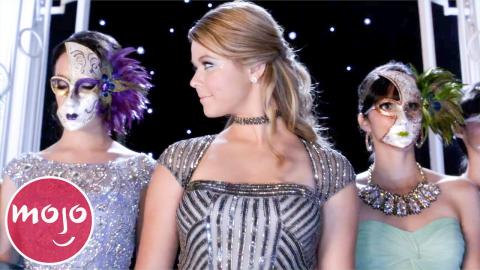 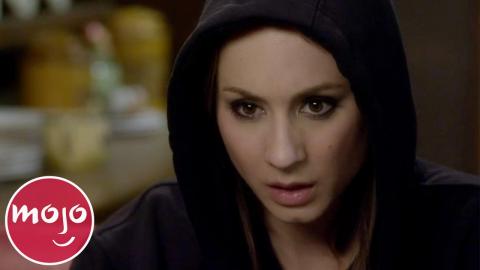 10 Times Spencer was the Best Character on Pretty Little Liars 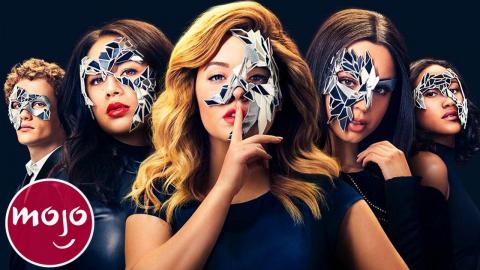 Pretty Little Liars The Perfectionists: Everything We Know So Far 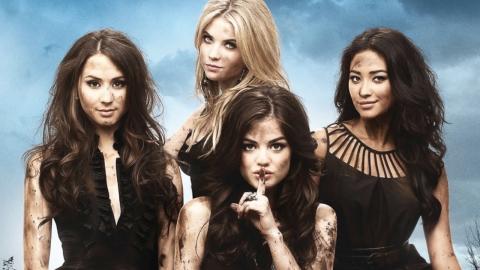 VOICE OVER: Phoebe de Jeu WRITTEN BY: Dale Anthony Cook
Some unforgettable personalities passed through the crazy little town of Rosewood over the years, but which ones really kept this show alive? For this list, we're looking at the most compelling and memorable characters from the 7 seasons of this hit show. Consider yourself warned, this will contain MAJOR spoilers. Our list Ezra Fitz, Mona Vanderwaal, Toby Cavanaugh, Emily Fields, Spencer Hastings, and more! Join MsMojo as we count down our picks for the Top 10 Best Pretty Little Liars Characters.
Transcript ∧


Some unforgettable personalities passed through the crazy little town of Rosewood over the years, but which ones really kept this show alive? Welcome to MsMojo and today we’re counting down our picks for the top ten best Pretty Little Liars characters.

For this list, we’re looking at the most compelling and memorable characters from the 7 seasons of this hit show. Consider yourself warned, this will contain MAJOR spoilers.


This strange and mysterious alpha brought a new injection of craziness to the show. To say she wasn’t who she appeared to be is definitely an understatement, but whoever she was... she certainly kept the little liars on their toes. Charlotte “Cece” Drake - originally born Charles - was sent to psychiatric hospital as a young boy before emerging as a woman several years later. Identity issues aside, Cece had some serious psychotic tendencies and was a constant source of chaos until she was killed in self-defence after a Bell Tower struggle with Mona Vanderwaal.


A simple tip for anyone teaching high school or considering doing it: don’t sleep with your students. There are lots of other rules, especially if you want to be a good role model, but that first one is kind of a biggie. While we’re at it, you probably shouldn't write a massive manuscript about them either - sorry, but it’s just weird and goes way beyond your job description. Despite not really nailing it as a teacher, Ezra’s on/off relationship with Aria Montgomery was certainly ship-worthy, if uncomfortable. In the end, Aria decided to look past his stalkerish tendencies and see the good guy within. You do you, Ezria.


This hyper-intelligent overachiever wanted nothing more than to be part of the in crowd. Her only problem was that the in crowd - or Alison at least - wanted nothing to do with her. Had they realised that she was kind of an insane criminal mastermind however, the liars might have been a little bit more responsive to Mona’s overtures. It sure would have saved them a lot of trouble! Revealed as the original “A”, Mona did go to some scary lengths to try and secure friendship, but her heart was always in the right place. Sort of. Throughout the series, she would grow into a much more supportive character using her innate knowledge of the “A” persona to help the liars stay out of harm's way.


The Queen-Bee of Rosewood’s teen social circle, Alison -Ali to friends- was equal parts beautiful and manipulative. Never afraid to use someone else to get what she wanted, she also wasn’t above lying, and her lies were intricate that some fans are still trying to figure them out to this day. Although a deep lying insecurity often led this teen queen to be cruel and insensitive to those she thought were beneath her - which was just about everyone - she did have a caring side. Later seasons saw Alison soften around the edges a little, but saving some sting in her tail for those who crossed her.


This shy, aloof, and somewhat disturbing character was initially a strong contender for the most tortured soul of the show award. And in a show like PLL he had plenty of competition, so that’s saying a lot. Being forced to have sex by his stepsister; and then wrongfully take the blame when she was blinded, Toby had good reason to be depressed. Despite these beginnings, and after dabbling with the “A” team for a while, he did actually mature into a fine and upstanding citizen. His friendship with Emily, and the fan favourite “Spoby” relationship with Spencer helped Toby remain a vital part of the show.


Rolling into Rosewood with his computer-hacking, tech bad boy vibe, this product of the foster home system found it hard to really connect with people at first. Of course, that started to change once he began his long-term romance with Hanna, whom he would eventually marry. Although he watched over Hanna like a hawk -which was kind of annoying at times- he was a crucial ally to the liars. Credit where credit is due: this guy took a bullet for the girls; he also rescued them from “A’s” messed-up dollhouse weirdness; his commitment to the cause really cannot be questioned.


Where would the liars be without the caring, kind, and altogether wholesome babe that is Emily? As the group’s resident jock, she excelled in swimming as a member of her high school’s swim team before later going on to coach the team herself. Although she had romantic feelings towards Alison, she couldn't reveal them as she was keeping her sexuality a secret. Eventually “A” forced her hand, and she reluctantly came out to her friends and family. Emily will mainly be remembered for her relationship with Paige McCullers, but she eventually ended up with her first love Alison - once Alison returned from the dead, that is.


The alternative girl with the slightly eccentric tastes, Aria was known as the most artistically inclined member of Alison’s crew. In a strange reversal of her father's affair with his college student, Aria herself engages in an illicit student-teacher romance with Ezra, her high school English teacher. This relationship, although troubled, will turn out to be life saving when Ezra shows up and takes a bullet for the girls (it's just what guys do in Rosewood). After graduating college, Aria becomes a book publisher, which is kind of helpful when your partner is an author.


Despite often coming across as the most well organized, committed, and confident member of the liars, Spencer is a complicated character. She’s the brains of the group, but the repercussions of her constant battle with “A,” and her tangled mess of a family life have sometimes caused her to indulge in destructive and addictive behaviors. She even spent some time in the psych ward before her friends pulled through and helped her get back to health again. Another guiding light in Spencer’s life is Toby, who either as friend or lover, always seemed to be there as a source of support for this determined and troubled character.


Probably the most outspoken member of this liars squad, Hanna was never shy when it came to serving up some sassy sarcasm. Although she has a sharp tongue, this generous girl truly has a heart of gold and could always be relied upon as a trustworthy and loyal friend. After battling body image issues and losing the rather unflattering nickname of “Hefty Hanna,” she grew to be the most popular member of the gang. Part of a fiercely protective mother-daughter team, Hanna is a relatable character who was as determined as anyone when it came to nailing “A”.
Comments ∧