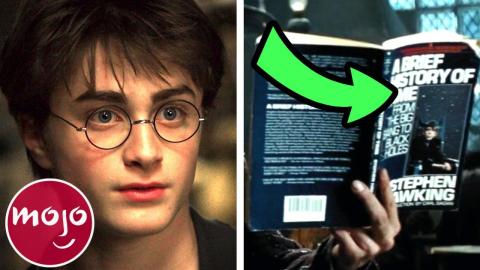 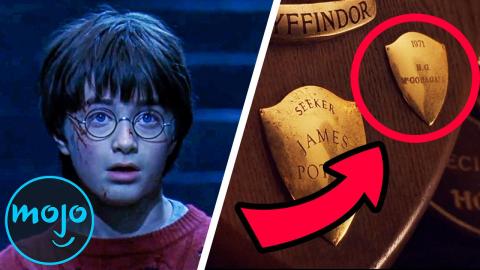 Top 10 Hidden Details in Harry Potter and the Sorcerer's Stone 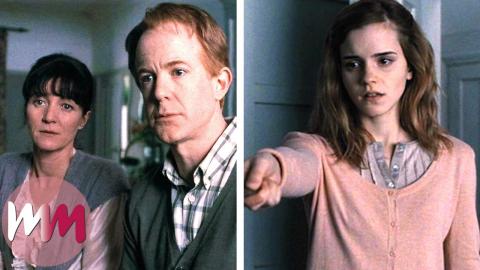 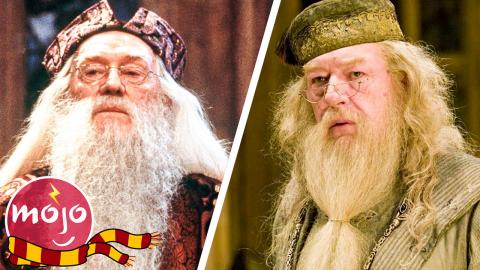 Top 10 Harry Potter Actors Who Were Replaced in the Sequels 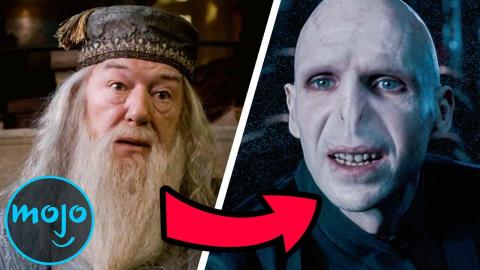 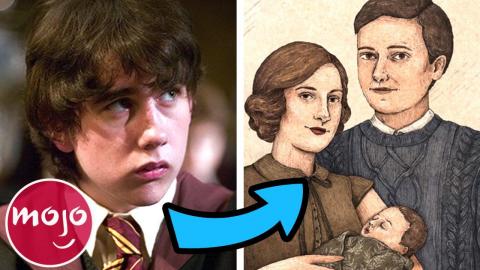 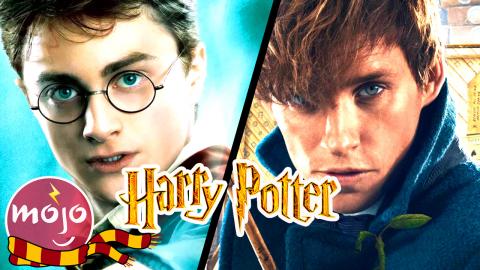 VOICE OVER: Emily Brayton WRITTEN BY: Garrett Alden
These Easter eggs are harder to catch than a Golden Snitch! For this list, we'll be going over the small or hidden details and messages in the “Harry Potter” film franchise, though some of them happen in the books as well. Our list includes Neville Forgot His Robe, Lockhart Is Bald, Portrait Cameos, Newt Visits Hogwarts, Chess Foreshadowing, and more! Join MsMojo as we count down our picks for the Top 10 Harry Potter Film Easter Eggs.
Transcript ∧


These Easter eggs are harder to catch than a Golden Snitch! Welcome to MsMojo and today we’ll be counting down our picks for the Top 10 Harry Potter Film Easter Eggs.

For this list, we’ll be going over the small or hidden details and messages in the “Harry Potter” film franchise, though some of them happen in the books as well.


Poor Neville Longbottom begins the series as a rather accident-prone, unlucky, and forgetful boy. While he becomes more competent later on, Neville needs all the help he can get in the first film. To that end, Neville receives a Remembrall in the post; a small orb that glows red when he’s forgotten something. Although he has trouble recalling what exactly it is he’s forgotten, the filmmakers indicate that Neville has not remembered to wear his robe by showing him surrounded by other students wearing theirs, while he is not.


Despite being the instruments through which witches and wizards cast magic, many of the wands in the franchise look similar, or are else shown so little that it’s hard to distinguish any identifying markers. However, the props are actually quite intricate and often reflect the user’s character. One such case is potions professor Horace Slughorn. Its ornate design illustrates Slughorn’s expensive tastes, while its handle is topped with extrusions that resemble a slug’s eyestalks, or “horns,” and the swirl around it is also reminiscent of a slug’s slime trail.


Gilderoy Lockhart is the flamboyant and famous Defense Against the Dark Arts teacher during Harry’s second year at Hogwarts. Prone to boasting, but rarely able to deliver on his purported skills, Harry later discovers that Lockhart is a fraud and has become famous by erasing the memories of those who actually did the things he claims to have done. However, Lockhart’s falsehoods extend to his appearance as well. When Lockhart is packing to leave Hogwarts, he can be seen to be putting away a blonde wig in his case too; indicating that the phony professor is bald.

#7: A Brief History of Foreshadowing
“Harry Potter and the Prisoner of Azkaban” (2004)


The third “Harry Potter” film features some of the most daring stylistic choices in the series and arguably has the biggest personal stamp by its director. Part of that is the little touches that occur throughout the film, one of these is a wizard in the Leaky Cauldron reading “A Brief History of Time” by Stephen Hawking. Quite apart from inspiring audience members to wonder what a wizard would make of quantum mechanics and general relativity, the presence of the book also foreshadows the presence of time travel as a plot element later in the story.


Harry gets himself into trouble constantly while at school, and in one case, he’s actually rewarded for his rule breaking when Professor McGonagall gets him onto the Quidditch team after he flies on a broom without permission during practice. Harry later learns from Hermione that his father James was on the team too, after she shows him the trophy case. Within the case are also a plaque for Tom Riddle, the real name of Voldemort, for services to the school, which foreshadows the next film, as well as a Quidditch award for McGonagall herself; perhaps indicating why she’s so passionate for the sport.


From writing, let’s turn to a more visual medium. Hogwarts is full of magical items, but some of the more vocal are its portraits which can move and speak, though the latter ability is seldom seen in the films. The portraits also contain several cameos. Some believe one of the pictures in Dumbledore’s office to be Gandalf, though there are some more concrete ones as well. One portrait, whose name is Henry Bumblepuft (seriously!), is based on the franchise’s production designer Stuart Craig. Most importantly, though, a painting seen in the third film depicts Voldemort, despite his full appearance not being properly revealed until the fourth!

#4: The Deathly Hallows Appear in the Films Before the Books
“Harry Potter and the Goblet of Fire” (2005)


The Deathly Hallows are a trinity of powerful magical objects said to have been made by the personification of Death itself and which factor heavily into the two-part finale to the franchise. While it’s fairly obvious that all three are objects which appear prior to the final films, what you may not know is that their symbol, a bisected triangle with a circle inside it, also appears early too; even before the final book was released yet! A glass pyramid case with an orb suspended in it, in other words, a 3D representation of the symbol, can be seen in Dumbledore’s office in “Goblet of Fire.”


This chess game was several moves ahead the whole time. Early on in the first film, Harry and Ron play a game of Wizard’s Chess, which involves directing the pieces like a general on a battlefield. While this serves as an introduction to the concept and foreshadows the life-sized version they and Hermione encounter later, the game the pair play with each other also contains some of the moves and strategies used the second game as well. Perhaps Ron subconsciously played the game in a familiar way, which resulted in the similar outcomes.

#2: Newt Visits Hogwarts
“Harry Potter and the Prisoner of Azkaban” (2004)


One of those brilliant stylistic choices we mentioned about “Prisoner of Azkaban” was the presence of the Marauder’s Map in its credits sequences. There are several Easter eggs about these map sequences we could mention, like Mooney being spelled like the film’s visual effects supervisor instead of Lupin’s nickname, or two characters who may be in flagrante. But we decided to go with the presence of Newt Scamander, author and star of “Fantastic Beasts and Where to Find Them.” Was it Hagrid’s new job teaching about magical creatures what brought the elderly Scamander back? We can only speculate.

No Dragon Cruelty
“Harry Potter and the Goblet of Fire” (2005)


Although the coldhearted Professor Snape’s love for Harry’s mother, Lily, caught many fans by surprise, a few picked up on obscure clues in some of the character’s first lines. In his initial class teaching Harry, Snape demands the young boy tell him about potion ingredients. While this appears on the surface like Snape picking on Harry, some of the words he uses are actually code from Victorian era England, when flowers and plants were used as euphemisms. Asphodel is a member of the “Lily” family and means “my regrets follow you to the grave,” while wormwood means “bitter sorrow.” So basically, Snape tells us/Harry he bitterly regrets Lily’s death.
Comments ∧

flagged
“Wow. Thanks for this list. I never noticed most of these before, but I am proud to say that I spotted Lockhart's little secret wig and McGonagall's quidditch award in the films. You must have a keen eye to have seen all those! Thanks again, this was fab!”