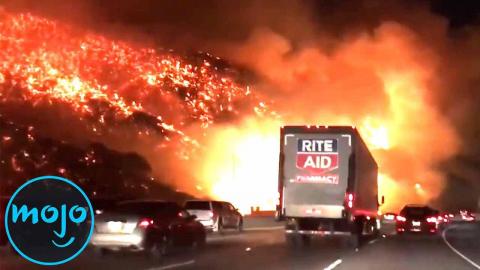 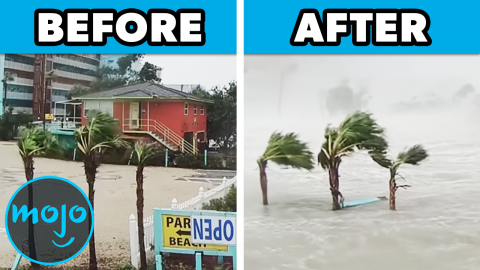 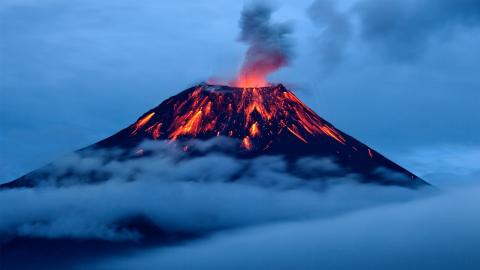 What If Every Volcano Erupted At the Same Time? 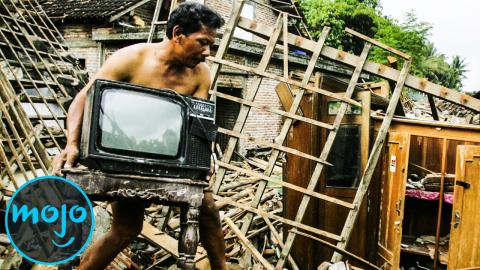 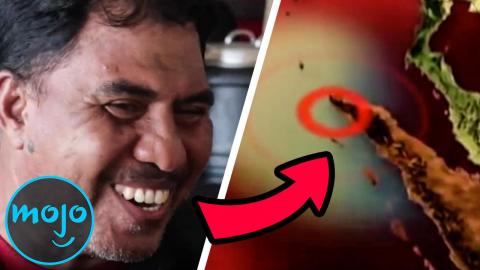 People Who Survived More Than One Disaster 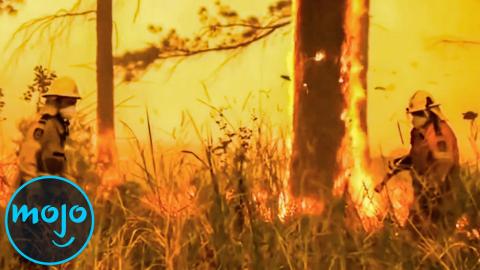 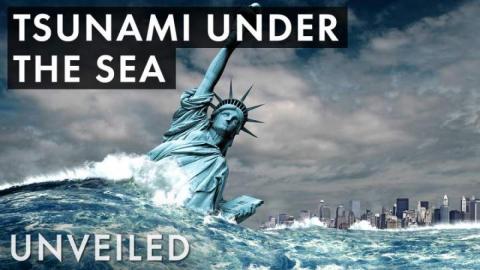 What Happens Underwater During a Tidal Wave? 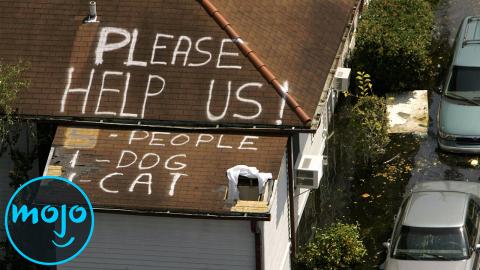 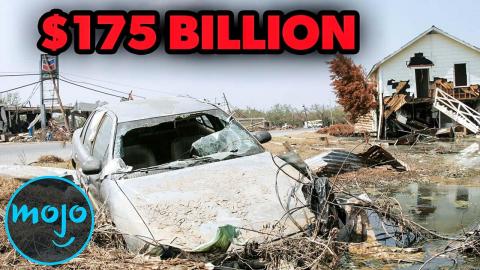 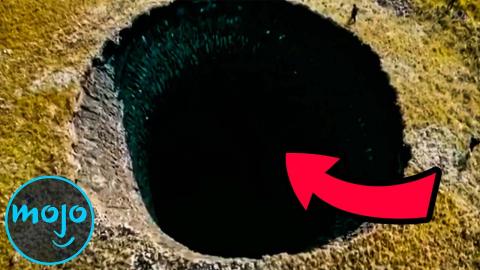 Top 10 Most Mysterious Natural Disasters Ever 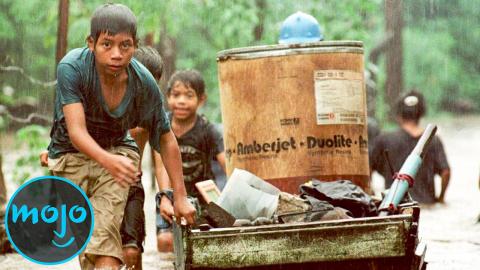 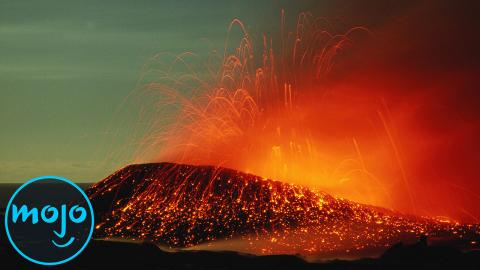 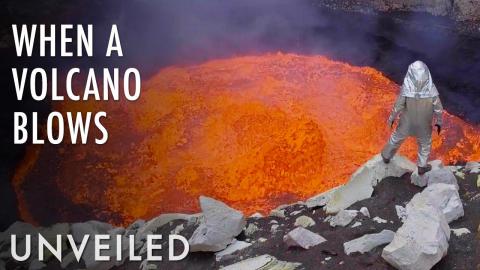 What Happens Inside an Erupting Volcano? | Unveiled

VOICE OVER: Rebecca Brayton WRITTEN BY: Nick Roffey
You never know when disaster is going to strike . . . but sometimes cameras capture the drama and devastation. For this list, we're looking at the most extraordinary footage of adverse natural events caught on camera. WatchMojo counts down the Top 10 Most Dramatic Footage of Natural Disasters.

Special thanks to our user jenit for suggesting this idea! Check out the voting page at WatchMojo.comsuggest/top+10+natural+disasters+caught+on+camera.
Transcript ∧


You never know when disaster is going to strike . . . but sometimes cameras capture the drama and devastation. Welcome to Watchmojo.com, and today we're counting down our picks for the top 10 most dramatic footage of natural disasters. For this list, we're looking at the most extraordinary footage of adverse natural events caught on camera.

Tornadoes seem to love wide open spaces. But in May 1997, an F1 tornado decided to march right into Miami. As if realizing its mistake, the twister tripped lightly through downtown, bumped into a cruise ship, jumped over most of Biscayne Bay, flipped a car and then vanished. The damage was small, but the apocalyptic images of a tornado looming amidst skyscrapers grabbed international headlines. Of course, tornadoes don’t actually prefer farmland, there’s just more rural area in the world than urban; and the footage of the Great Miami Tornado was a dramatic reminder that even tornadoes sometimes visit the big city.

In August 2018, the sleepy Alpine village Grugnay in Chamoson, Switzerland, received an unexpected and decidedly unwelcome visitor. It began as a rumble, and was at first confined to a narrow canal. But as shocked onlookers watched and filmed, the river of black mud overwhelmed the channel and rampaged through the town, over roads and into cars and houses. The disaster came after intense rainfall from a sudden storm, which had caused a river higher up the mountain to burst its banks. There were no reported casualties, but a heck of a lot of mess.

When we think volcanoes, we think fire and brimstone - rivers of lava and a rain of hot Hell from above. Pyroclastic flows, however, which are currents of gas and volcanic debris, are often much deadlier, rushing downhill at average speeds of 62 miles per hour, and sometimes up to seven times faster than that. In September 2014, as hikers strolled up Mount Ontake on the Japanese island Honshu, a cloud of steam and ash suddenly exploded from the summit and unfurled across the sky. The onrushing flow was captured by a documentary crew, and by a hiker as he scrambled for cover. 63 people lost their lives; the hiker here was one of the lucky ones.

On Tuesday afternoon, October 17, 1989, thousands of baseball fans waited with bated breath in San Francisco's Candlestick Park for Game 3 of the World Series, while others watched from home on TV. What they got was . . . something else. It was the first live broadcast of a major earthquake on national television. A slip in the San Andreas Fault triggered a short but powerful earthquake of magnitude 6.9 on the Richter Scale, sending the Bay Area into chaos and leaving 63 dead and thousands injured. Security cameras and camcorders captured the moment, when the banal suddenly became the unimaginable, as shoppers dodged shelves and students were jostled in their classrooms.

A catastrophe from space is probably the last kind of disaster you expect. But meteors enter our atmosphere more often than we’d like to dwell on (right, dinosaurs?). In 1908, an explosion attributed to a meteorite over the Stony Tunguska River in Russia, flattened 770 square miles of woodland. More recently, on the morning of 15 February 2013, Russia was visited from space again - this time over Chelyabinsk Oblast in the Ural region. Multiple dash cams caught a searing white light trailing fire across the sky, before it exploded in midair, shattering windows and injuring at least 1,500 people.

Propelled by a powerful undersea earthquake, the Indian Ocean Tsunami devastated the coastlines of 14 countries. It was one of the worst natural disasters in recorded history, with an horrific estimated death toll of 230,000. In parts of Indonesia, Thailand, and Malaysia, the sea first receded - enticing people to run out onto the exposed sand and reefs. But massive tsunamis up to 100 feet high soon followed. At some beaches, the first waves seemed harmless. But as they grew in strength, they inundated homes, hotels, and streets. Home recordings from the tragedy shocked the world, showing people riding waves of debris, or floating adrift in drowned cities.

In the second half of 2017, the worst wildfires on record raged through California, destroying almost 10,000 structures and taking the lives of 47 people. First responders caught stunning footage of the Tubbs and Atlas Fires as they drove through the inferno and fought the flames. But some of the most memorable and frightening footage was taken by a driver on the Interstate 405. As December’s Skirball Fire consumed the Sepulveda Pass in Bel Air, the entire hillside seemed to be one glowing coal, like a hellish mountain. The fire burned through 422 acres before it was contained.

In the wake of the April 2015 Gorkha earthquake, footage from around Nepal showed temples toppled and homes reduced to rubble. Almost 9,000 people lost their lives in the tragedy. Meanwhile, on the roof of the world, even the mountains shook from the quake, sending an avalanche down from the peak of Pumori near Everest. Hikers at South Base Camp heard the rumble and felt the ground tremble first, before a massive blast of snow swept over them. The survivors emerged into a white world of torn tents and buried equipment, with at least 19 people killed in the terrible disaster.

The weeks-long buildup of Washington state’s infamous stratovolcano in 1980 was slow and spectacular. Blue flame burned in the stratovolcano’s craters, and lightning generated by static electricity arced through ash clouds. The ground shook and steam hissed from the summit. But this was all just a prelude to the morning of May 18th. In one unbelievable moment, the north flank slid away, triggering a massive VEI 5 eruption that tragically killed more than 50 people. The entire mountainside seems to disintegrate and and pour away like liquid in the largest landslide ever recorded, and the most disastrous eruption in American history.

Footage of the Tōhoku tsunami revealed scenes of unparalleled devastation. Waves barreled over houses and entire towns disappeared, while boats and flaming debris were carried far inland. Sweeping over Northeast Japan, the tsunami took the lives of 16,000 and destroyed countless homes. From above, its dramatic, unstoppable advance had the horrifying quality of a nightmare. On the ground, people ran up hillsides to escape as streets became rushing waterways. These apocalyptic scenes shocked the world, the result of an earthquake so powerful it shifted the planet on its axis.