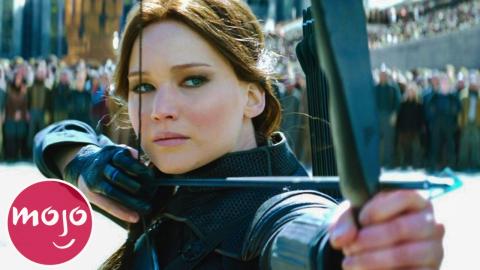 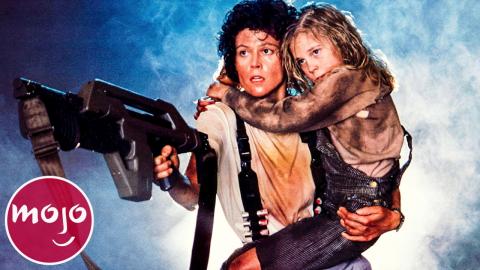 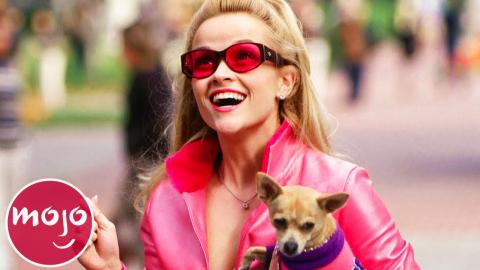 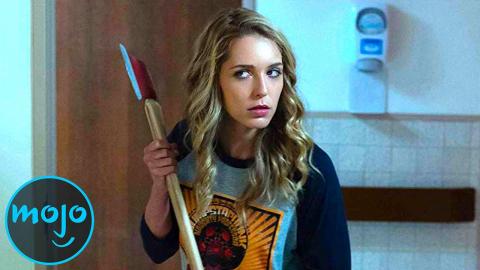 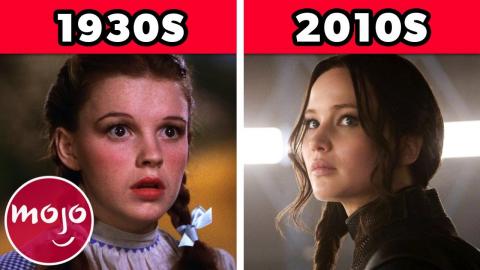 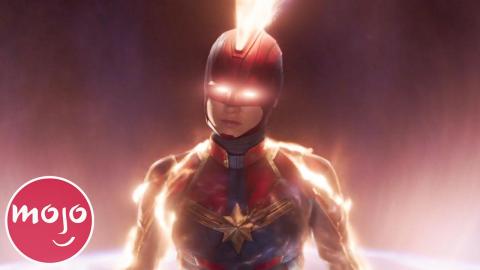 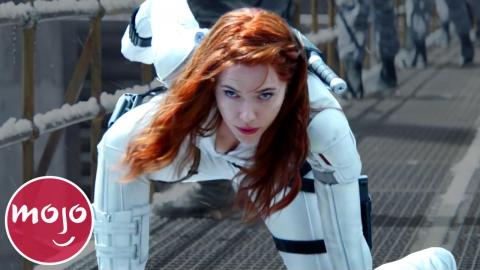 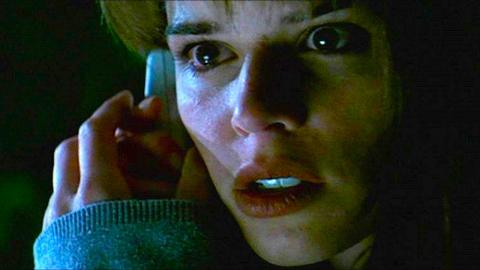 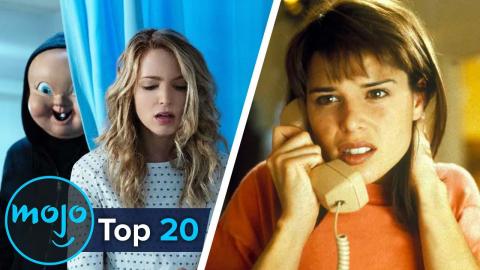 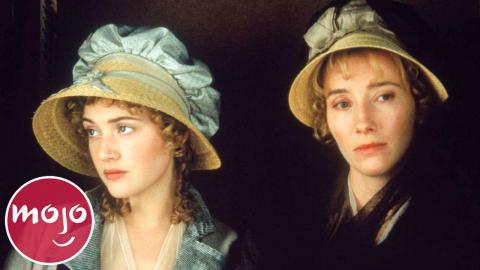 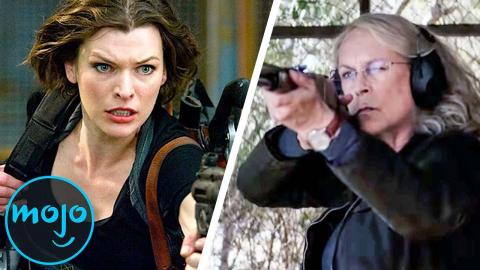 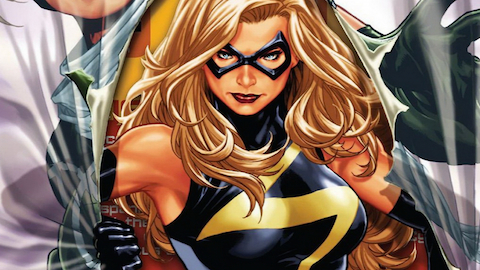 VOICE OVER: Emily Brayton WRITTEN BY: Francesca LaMantia
Strong roles for women have definitely been increasing in recent years. For this list, we'll be focusing only on live action heroines as animated heroines deserve a list of their own. We also won't be including characters who would be considered anti-heroes like Lisbeth Salander from “The Girl With The Dragon Tattoo”. Our list includes Katherine Goble Johnson, Imperator Furiosa, Rey, Katniss Everdeen, Black Widow, and more! Join MsMojo as we count down our picks for the Top 10 Movie Heroines of the 2010s.
Transcript ∧


Strong roles for women have definitely been increasing in recent years. Welcome to MsMojo, and today we’ll be counting down our picks for the Top 10 Movie Heroines of the 2010s.

For this list, we’ll be focusing only on live action heroines as animated heroines deserve a list of their own. We also won’t be including characters who would be considered anti-heroes like Lisbeth Salander from “The Girl With The Dragon Tattoo”.


In the future, Earth’s crops are dying, and humanity’s only hope is a few brave scientists and astronauts. Murph is the daughter of one of the astronauts chosen to seek out a new planet to house Earth’s population. As a girl, Murph is curious and explorative like her father, but she can’t understand why he’s leaving her. However, in adulthood, she works at NASA with scientist Professor Brand, searching for a solution. When Brand reveals to Murph that he lied about the progress of their work, she refuses to give up on Earth. Her vigilance and inquisitive nature keep her going strong and lead her to discover the secret that can save the human race.


Playing against that classic scream queen trope, Michelle is no damsel in distress. Waking up locked in a bunker after a fateful car accident would be enough to cause anyone to lose their cool, but Michelle stays calm and collected. Relying on her wit and resourcefulness, Michelle uses whatever is at her disposal to collect tools, create weapons, and outsmart her captor. After escaping, Michelle discovers that the danger outside was actually an alien invasion. She single handedly defeats her new enemy and drives off into the night. Upon hearing news of the invasion and the resistance efforts, she chooses not to drive off to safety, but to continue on into the fight.


In a joint worldwide effort to communicate with the newcomers, Louise is tasked with translating the alien’s language in order to find out their purpose on Earth. It’s been said that they would come in peace and while the rest of the world might not be so sure, Louise Banks is a believer. A confusing communication leads the world’s governments to rush to judgement that the aliens are not here peaceably and are quickly thrown into a panic, but Louise remains convinced that they are friends and not foes. In a hail mary to prevent an all out intergalactic war, Louise uses her power of communication to save the world not with weapons but with words.


Based on the real life heroine, Katherine Johnson was the woman who computed astronaut John Glenn’s orbit around Earth during the Space Race. In a segregated city, she was often the only black woman working in a room full of white men who were not shy about the fact that they did not want her there. In spite of the animosity, Katherine successfully calculated the launch and landing for NASA’s Project Mercury. When NASA starting using digital computers, she was able to calculate more accurately than what was the state of the art equipment at the time. In fact, she was personally masked for by John Glenn - who wouldn’t fly unless she approved the numbers.


Another heroine based on a real life woman, Lorraine Warren is a paranormal investigator who examined cases of hauntings with her husband, Ed. Throughout the franchise, Lorraine repeatedly shows insurmountable bravery in the face of otherworldly danger. But she is much more than just a demon hunter. At her core, she is a family woman trying to protect innocent people from supernatural forces. In the first installment, when faced with a possessed woman, Lorraine refuses to leave her husband alone to perform an exorcism. Instead, she stays with him and shares a personal story with her as a distraction while Ed expels the witch from the girl’s body.


Jennifer Lawrence is no stranger to playing reluctant heroes. Similar to her character Ree Dolly from “Winter’s Bone”, Katniss is a young woman just trying to protect the people she loves. Other than her skill with a bow, there’s nothing particularly remarkable about Katniss. She’s not a genius or a superhero, but just a confused teenager trying to figure things out. She never intended on challenging a fascist government or becoming the face of a revolution. She volunteered for the Games to save her sister, and refused to play by the rules to save Peeta. But when it comes down to it, she chooses to become the Mockingjay and ultimately prevails.


Trained since youth to be an assassin, she possesses a very special set of skills. Disappointed in her past actions, Black Widow chooses to switch sides and use her skills to fight to protect the world. And she does it without the help of powers or a super suit. But her strength doesn’t lie just in her deadly skills, but also in her sharp mind, loyalty, and kind heart. She outsmarts Loki and discovers his plan with the use of her sharp tongue, lets Captain America escape the Civil War to help his friend even though she disagrees with him about the Sokovia Accords, and is able to turn the Hulk back to Bruce Banner.


She’s just one member of the badass females club in the Star Wars universe, along with Jyn Erso and, the original heroine herself; Princess Leia. Suddenly thrust into a Resistance mission, Rey leaves Jakku, despite her determination to await the return of her long absent family. Her skills as a pilot, scavenger, and mechanic as well as her confidence and resourcefulness prove crucial in defeating the First Order. She constantly comes to Finn’s rescue and even gets the elusive Han Solo out of a jam. Using her newly discovered strength with the Force, Rey escapes Kylo Ren’s capture and defeats him in an epic lightsaber battle.


Max may be the title character, but Furiosa steals the show. Driver of the War Rig, she transports fuel from gas towns to the Citadel for War Lord, Immortan Joe. Furiosa takes off on one of her routine runs, this time with his Five Wives hidden in the rig. Risking her life to rescue these women, she has promised to take them to the Green Place where they will be safe. When Joe sends his army after them, Furiosa battles all other rigs that cross their path. Upon discovering that the Green Place no longer exists, Furiosa turns back and decides instead to overthrow Joe and liberate the Citadel from his fascist rule.

Before we reveal our top pick here are a few honorable mentions.


Raised in Themyscira, this Amazon leaves the only home she’s ever known to fight alongside a ragtag team of soldiers to defend the world from Ares, god of war. She has been taught since childhood that men do not choose to be evil, but Ares poisons their minds. Even when her closest confidantes find her innocence naive, and even when she sees, for the first time, the true cost of war, she clings to her belief that all humans are basically good and runs headstrong into battle. It is not her super strength, or even her demigoddess status that makes her Wonder Woman; it is her overwhelming faith in humankind.
Comments ∧