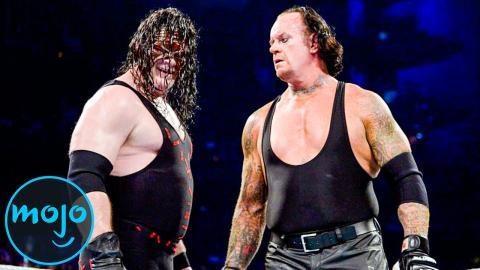 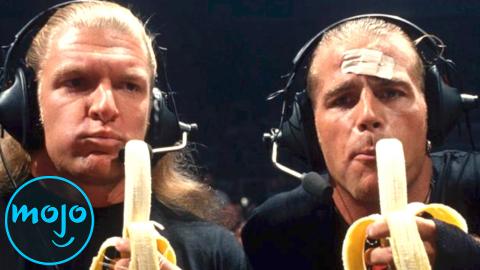 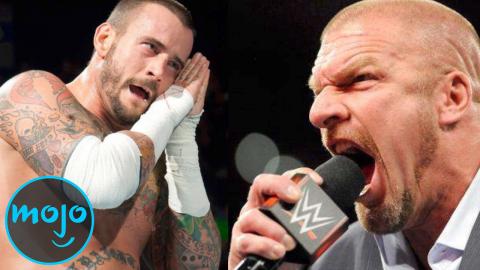 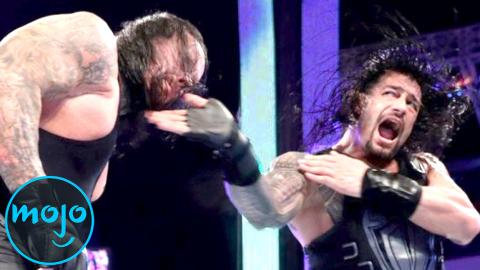 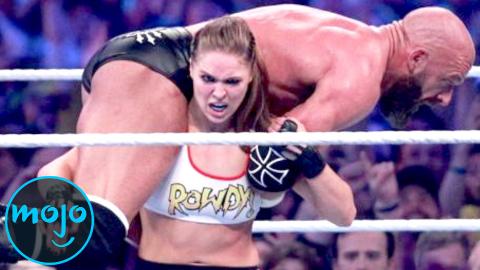 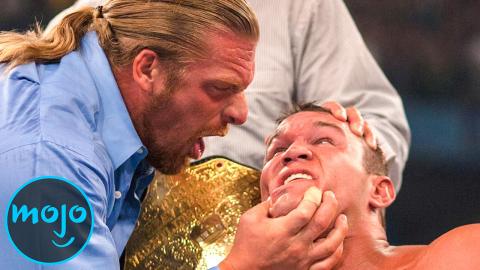 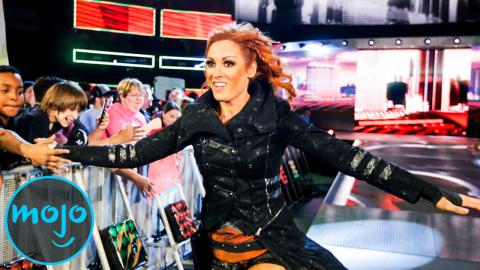 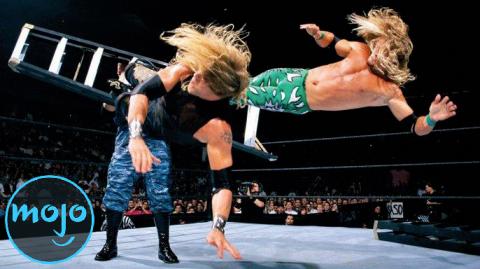 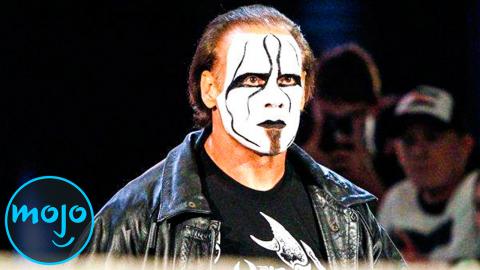 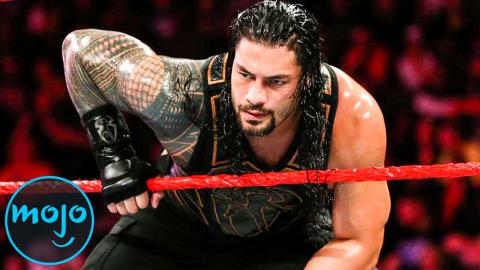 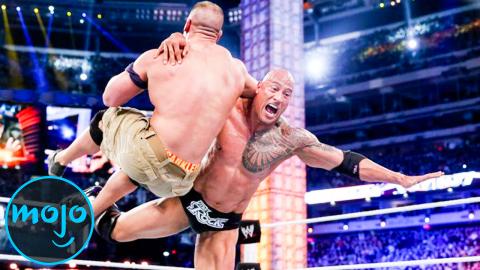 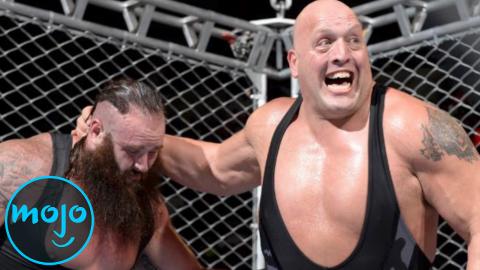 VOICE OVER: Ashley Bowman WRITTEN BY: Nick Miller
These groups represent some of the all-time greats in tag team wrestling. Welcome to WatchMojo.com, and today, we're counting down the top 10 WWE Wrestling Tag Teams.

For this list we'll be ranking some of the greatest duos to step into the squared circle. Keep in mind we'll only be including those that have competed in the WWE ring.
Transcript ∧

These groups represent some of the all-time greats in tag team wrestling. Welcome to WatchMojo.com, and today, we’re counting down the top 10 WWE Wrestling Tag Teams.

For this list we’ll be ranking some of the greatest duos to step into the squared circle. Keep in mind we’ll only be including those that have competed in the WWE ring.


Real-life brothers Jimmy and Jey Uso are both members of the legendary Anoa’i wrestling family, and were trained in the ring by their father Rikishi since childhood. Their family’s wrestling legacy is carried on, as Jimmy and Jey debuted on Raw in 2010, and have since become multi-time tag team champions. As one of the most dominant tag teams of the modern era, the Usos have reinvented themselves whenever they’ve gotten stale in order to stay relevant, and have delivered a number of excellent matches over the years. Underrated by many fans, the Usos have shown that they can hang with the best of them, and have definitely earned their place on this list.


This legendary tag team made up of Davey Boy Smith and the Dynamite Kid Tom Billington ran rampant through the WWE in the mid 1980s. Both hugely influential wrestlers in their own right, together they gave some of the most memorable tag performances of the decade against teams like the Hart Foundation, and the Iron Sheik and Nikolai Volkoff. Eventually, the pair left the company and their relationship deteriorated, with Smith returning to the WWE as “The British Bulldog” as Billington would continue to wrestle for several years before his health wouldn’t allow it. To this day, the duo are remembered as one of the essential tag teams in the early years of the WWE.


Since 2014, Kofi Kingston, Big E Langston and Xavier Woods have dominated the WWE tag team landscape with their unique combination of humor and in-ring ability. The trio hold numerous records in the WWE, including for the longest reign of tag titles, having held the Raw Tag Team Championship for 483 days, and a total of 586 days over four reigns. The stable has shared memorable rivalries with the likes of the Usos, the Wyatt Family, and more, and have expanded their brand beyond wrestling with products like their cereal, Booty-O’s. In every way possible, The New Day are a force to be reckoned with in the WWE.


Billy Gunn and Road Dogg rose to prominence during the Attitude Era, first on their own and then as members of massively popular stable Degeneration-X alongside Triple H. They are six-time champs, and are well-remembered for their fantastic heel work, constantly cheating to win and rightfully earning their nickname as outlaws. As DX gained in popularity, the men began working as singles competitors and the team drifted apart, though they’ve since reunited on multiple occasions to a great deal of success, and their legacy remains as one of the iconic teams of the 90’s.


The appropriately named Ax and Smash (and later adding Crush) hold the record for the longest combined tag team championship reigns in the company, clocking in a collective 698 days over their three reigns. Demolition absolutely owned the tag division from 1988 to 1990, before their stock slowly began to fade as new, exciting teams debuted. During their peak, they were massively popular with fans, fast-paced and intense in the ring, and had a memorable look that was, well… stolen from a team we’ll get to later. Regardless, it helped them stand out from other tag teams of the era. Demolition were a force to be reckoned with.


Bret Hart, one of the greatest wrestlers of all time, also was a member of one of the greatest tag teams of all time alongside his brother-in-law Jim “The Anvil” Neidhart. In later years, the pair would be joined by other members of their family as the team reunited and grew into a stable, but the core always remained Bret and Jim. Before splitting off into singles careers, the two men found great success through the 80s together, winning the company’s tag championship twice and making names for themselves as incredible performers. Both men had very successful yet different singles careers, but every time they reunited, it felt like they’d never been gone.

#4: The Legion of Doom/The Road Warriors


Animal and Hawk had long, storied careers, both in the WWE and outside of it. The originators of a look that became quite popular in wrestling, the Warriors found success and title gold wherever they went, including three separate stints with the WWE. Their finisher, the Doomsday Device, remains one of the most iconic tandem moves in wrestling, and the team is regarded as a favorite by many wrestling fans. Their instantly recognizable war paint and armor helped take wrestling into a new era of outlandishness, and their in-ring talent cemented them as one of the best tag teams the WWE has ever seen.


Recent WWE Hall of Famers D-Von and Bubba Ray Dudley first originated as part of an ECW stable called the Dudley Brothers, but quickly found greater success as a duo. They soon split off on their own, and eventually made their way to WWE after several years of success in Paul Heyman’s extreme promotion. The pair contributed to bringing a more hardcore style of wrestling into McMahon’s company during the years of the Attitude Era, notably through their use of tables as weapons. The two have held titles all around the world, and their quintessential rivalry with the next two teams on our list led to some of the most entertaining tag matches in the WWE’s history.


Before both becoming successful singles stars, real-life childhood friends Edge and Christian debuted in the WWE as brothers in a vampire stable called the Brood. After splitting off on their own and turning face, Edge and Christian quickly found success in the tag division. They found themselves feuding against the Hardy Boyz and the Dudley Boyz over the tag team championship in a series of bouts that included the first-ever TLC matches. They are 7-time tag team champions, and remain great friends to this day, with their own podcast and show on the WWE network. These two are totally awesome!

The Brothers of Destruction


Over the course of their tumultuous 25 year careers, Matt and Jeff Hardy have proven that they are in contention for being the greatest tag team of all time. The Hardys were high-flying innovators when they came to the WWE. Their early matches against the Dudley Boyz and Edge & Christian put them on the map, and Team Extreme would go on to find great success both as a tag team and as singles competitors. After a few years away from the company, Matt and Jeff came back winning the belts once again, and although Matt Hardy has announced his retirement, lets hope one last team up is in store for this legendary duo.