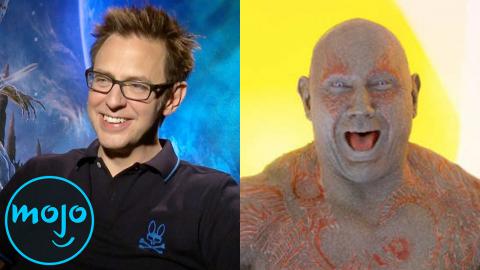 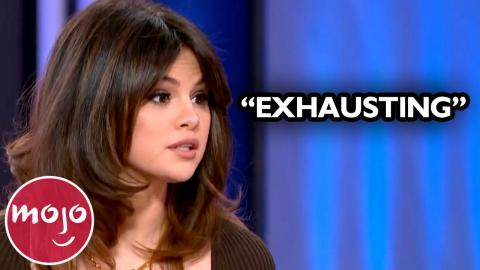 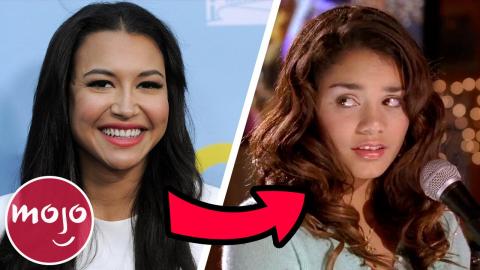 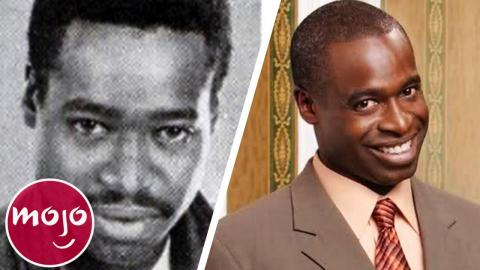 10 Disney Stars Who Got in Trouble with the Law 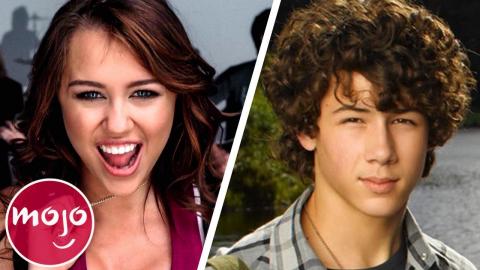 Top 10 Disney Channel Stars You Forgot Dated Each Other 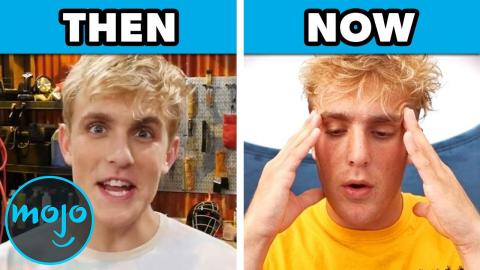 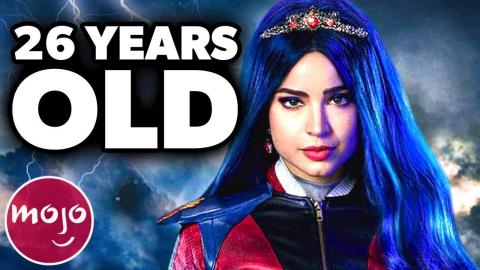 Top 10 Disney Stars Who Are Way Older Than You Thought 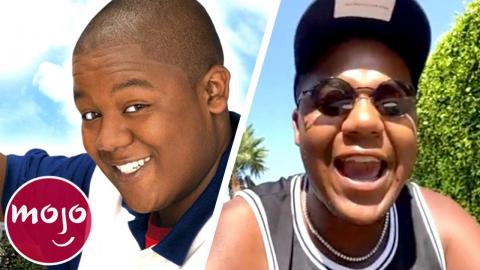 Top 10 Disney Channel Stars Who Are on Cameo 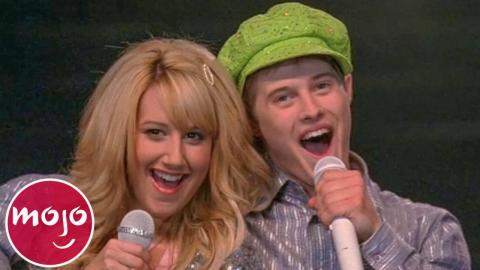 Top 10 Disney Stars Who Hated Each Other 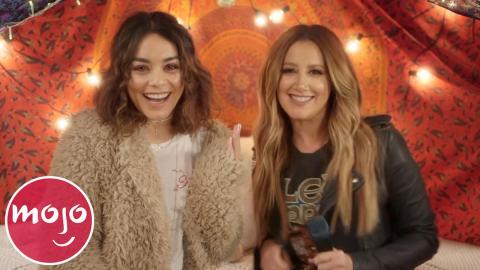 Top 10 Disney Stars Who Are Best Friends in Real Life 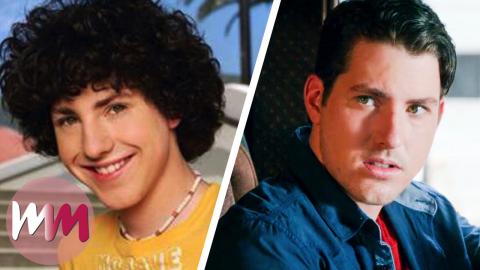 Top 10 Nickelodeon Stars Who Fell Off the Map 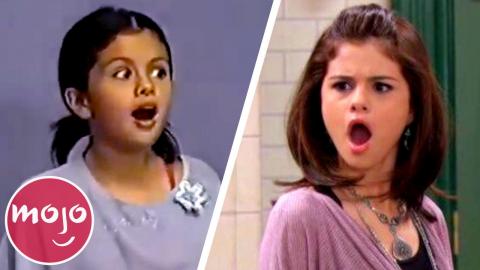 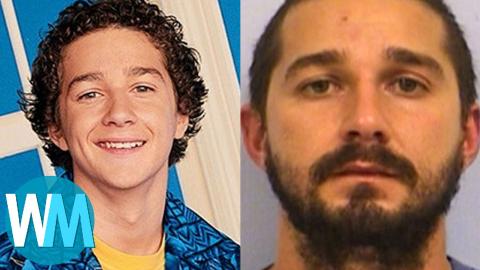 VOICE OVER: Rebecca Brayton WRITTEN BY: Nick Spake
Gee, who knew the Mickey Mouse Club was so exclusive? From Bella Thorne, to Jake T. Austin, to Roseanne Barr, many stars have been let go by House of Mouse either due to poor behavior, bad press, or contrasting creative visions. WatchMojo is counting down the stars that were fired by Disney.

Special thanks to our user doucey for submitting the idea. Check out the suggest page here: WatchMojo.comsuggest/10%20Stars%20Who%20Were%20Fired%20By%20Disney


Gee, who knew the Mickey Mouse Club was so exclusive? Welcome to WatchMojo.com and today we’ll be counting down our picks for the Top 10 Celebs Fired by Disney.

For this list, we’re taking a look at celebrities who were let go from Disney either due to poor behavior, bad press, or contrasting creative visions.


Although Thorne already had a few screen credits to her name, Disney put the rising star on the map with her lead role in the sitcom “Shake It Up.” Thorne’s Disney days weren’t as magical as they might’ve appeared, however. The young actress has stated that she only took the role of CeCe Jones to provide for her family, who were on the verge of homelessness. Thorne also criticized Disney’s high expectations and claimed that the company almost fired her over wearing a sexy bikini. Following the ending of her show and the release of “Alexander and the Terrible, Horrible, No Good, Very Bad Day,” Disney essentially terminated their relationship with the increasingly rebellious Thorne.


Megan Mullally rose to fame with her Primetime Emmy-winning performance as Karen Walker on “Will & Grace.” We can definitely see why Pixar wanted a comedic actress of her caliber onboard for “Finding Nemo.” Mullally made it clear upfront that she was interested in creating an entirely original character for the film. Although the studio initially seemed to be on the same page, Mullally was continually asked to put on her high-pitched Karen persona in the recording booth. After refusing to do so, Mullally was forced to walk the plank. While it’s uncertain who Mullally would’ve played, we could totally see her voicing Deb or her sister Flo, who’re both just as nutty as Karen.


Whether you prefer to call her Adrienne or “Chanel,” this singer is best known for her work with the Cheetah Girls, a popular girl group created by Disney. Five years after the band’s conception, Bailon found herself embroiled in a scandal. Nude photos of Bailon were allegedly stolen from her laptop at JFK Airport and leaked online, although it’s since been reported that this was all part of a publicity stunt. In any case, the Cheetah Girls’ performance at the Macy’s Thanksgiving Day Parade was cancelled in the wake of this controversy. The group was officially disbanded in December 2008 following their One World Tour and Bailon hasn’t worked with Disney since.


This actor owes much of his success to the Disney Channel, having broken out as Oliver Oken on “Hannah Montana” and later playing King Brady on “Pair of Kings.” The king fell from grace in October 2011, though, when he supposedly didn’t slow down for a cop directing traffic and was caught with a blood-alcohol level of over .08. Shortly after the underage Musso was charged with a DUI suspicion, he was replaced with Adam Hicks on “Pair of Kings.” “PrankStars,” a reality series Musso hosted, was cancelled around the same time as well. While Disney dropped Musso from various live-action projects, he’s continued to lend his voice to animated shows like “Phineas and Ferb.”


Austin joined the Mouse House in 2007, playing Max Russo on “Wizards of Waverly Place.” The show lasted four seasons with an extended special airing in 2013. That same year, Austin landed another role as Jesus on “The Fosters.” The actor began to show his wild side, however, upon being arrested for a DUI. Making matters worse, his car was also reportedly involved in a hit-and-run accident. The bad press continued to pile up at the 2014 Teen Choice Awards where Austin unleashed a profanity-laced tirade backstage when a staffer turned him away. Given the controversy, it’s not surprising that Austin was ultimately replaced with Noah Centineo on the Freeform series.


Since Disney acquired Lucasfilm in 2012, the “Star Wars” movies have developed a reputation for losing directors. Mere months before J.J. Abrams replaced Colin Trevorrow on “Star Wars: Episode IX,” directors Phil Lord and Christopher Miller were fired from the then untitled “Solo: A Star Wars Story.” Beginning filming in January 2017, Lord and Miller had completed three-quarters of principal photography. The directing duo reportedly wanted to take a more comedic approach to the material with actors going off-script, which didn’t sit well with Lucasfilm and the film’s co-writer, Lawrence Kasdan. Letting Lord and Miller go over creative differences, Ron Howard was subsequently given the keys to the Millennium Falcon. At least Lord and Miller will always have “The Lego Movie.”


When “Roseanne” returned to television in 2018, it dominated in the ratings and was considered a return to form for the show. What could possibly go wrong? Well, even when you’re one of the most successful entertainers on television, one ill-conceived comment can ruin your career. About a week after the season finale, Roseanne Barr posted a deeply offensive tweet that compared Valerie Jarrett of the Obama administration to a “Planet of the Apes” character. This wasn’t the first time Barr had clashed with ABC, and this insensitive tweet was the straw that broke the camel’s back. “Roseanne” was immediately cancelled, although the Conners would return in a spinoff without Barr’s involvement.


Having the most subscribed channel on YouTube, PewDiePie caught the eye of the Disney-owned Maker Studios with his numerous Let’s Play videos. The Swedish YouTuber signed up with Maker in 2012 and, as you can imagine, became one of the multi-channel network’s hottest commodities. While PewDiePie has made some edgy comments over the years, many felt he crossed a line in 2017 with a video widely construed as anti-Semitic. For the video, PewDiePie hired a couple guys to present a sign reading, “Death to all Jews.” The 27-year-old Internet celebrity quickly issued an apology, saying that he “didn't think they would actually do it.” Nevertheless, the damage was done and Maker said goodbye to PewDiePie.


Even when an artist gets their act together, the past can come back to haunt them. With the first two “Guardians of the Galaxy” movies, James Gunn took an obscure Marvel property and turned it into a household name. It’s hard to imagine this franchise without Gunn, which made it all the more shocking when Disney kicked him off of “Guardians of the Galaxy Vol. 3.” Gunn’s termination stemmed from a series of tweets he posted several years earlier regarding rape and pedophilia. Disney’s actions were met with a backlash from fans, journalists, and even celebrities, including the “Guardians” cast. Although a petition to reinstate Gunn attracted thousands of signatures, it hasn’t shifted Disney’s decision.


Jake Paul is an acquired taste to say the least. Although he produced the second most disliked video on YouTube, his popularity helped him to score the role of Dirk Mann on Disney Channel’s “Bizaardvark.” When KTLA ran a segment on Paul in 2017, however, it was revealed that he had thrown furniture into an empty swimming pool and set it on fire, much to the chagrin of his neighbors. Paul left “Bizaardvark” amidst its second season and later confirmed that Disney had fired him over the KTLA report. In regards to this experience, Paul said he felt “like a zoo animal.” We imagine Lampwick felt the same way when he turned into a donkey.
Comments ∧