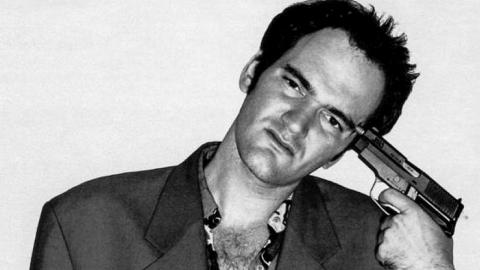 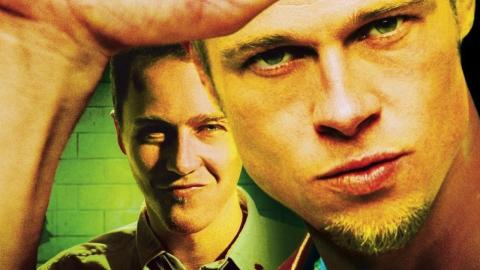 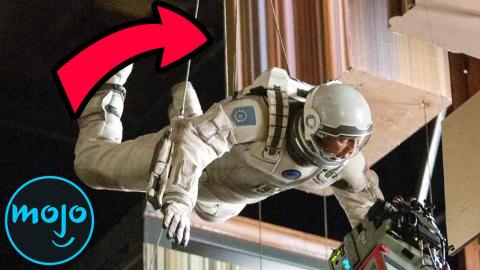 Top 10 Behind The Scenes Secrets of Christopher Nolan Movies 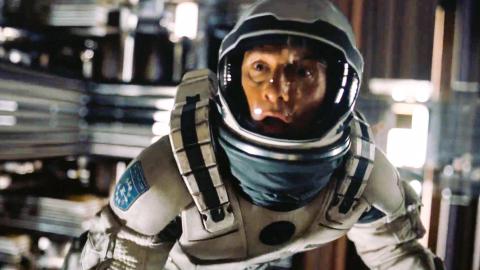 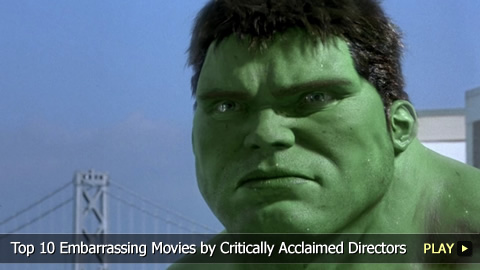 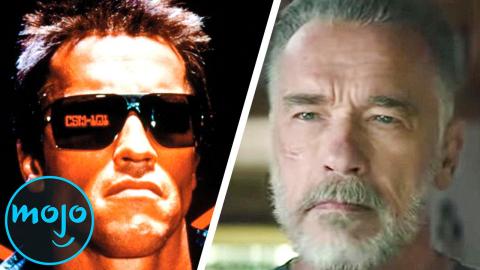 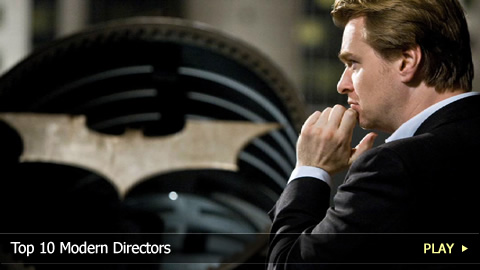 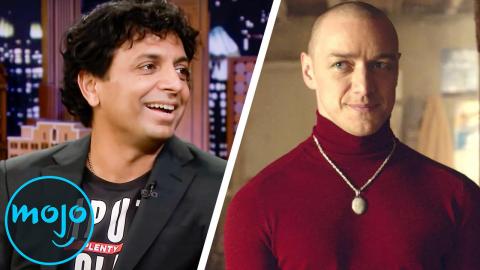 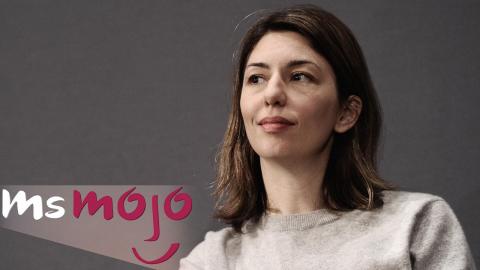 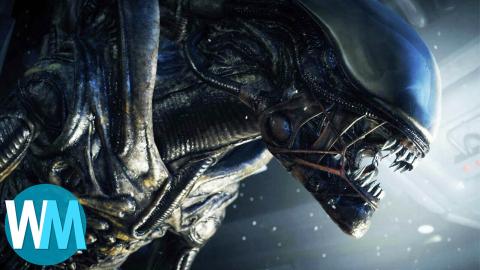 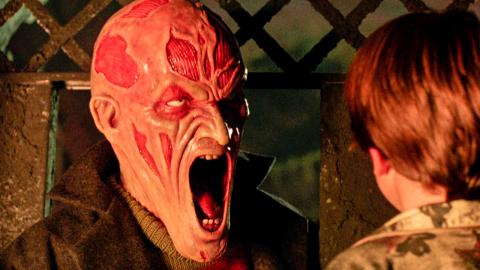 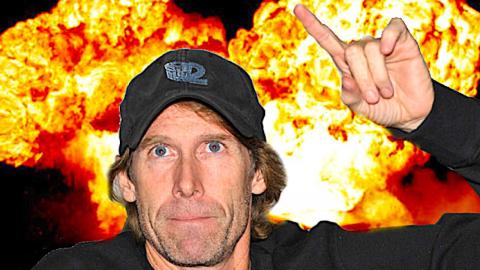 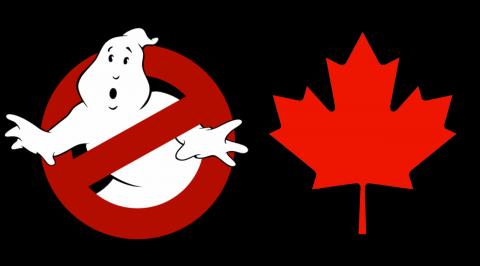 These movie directors have honed their filmmaking skills to make some truly incredible films, and they managed to do it all without attending a single class in film school! WatchMojo presents the Top 10 Directors Who Never Went to Film School! But who will take the top spot on our list? Will it be David Fincher, James Cameron, or Christopher Nolan! Watch to find out!

Big thanks to Contributor101, Freemantle_uk, madmax326, Andrew Corley, Jase Banhulles and madmax326 for suggesting this idea, and to see how WatchMojo users voted, check out the suggest page here: http://www.WatchMojo.comsuggest/Top+10+movie+directors+that+never+went+to+film+school
Transcript ∧

They didn’t need no education. Welcome to WatchMojo.com, and today we’ll be counting down our picks for the Top 10 Hollywood Directors That Never Went to Film School.

For this list, we’re looking at film directors who worked primarily in Hollywood AFTER the 1960s boom that saw film schools cropping up everywhere. That means you won’t be hearing names like Hitchcock or Kubrick, since they came up before film schools became more commonplace. We’re also excluding film school dropouts like Paul Thomas Anderson.


Sometimes it helps to know the right people. This English director started his film career after leaving high school with bottom-rung jobs in the film industry, eventually working his way up to directing commercials for television. In 1995, he directed a twenty-minute short film that he later used to try and entice investors in what he hoped would be his first full-length picture, “Lock, Stock, and Two Smoking Barrels.” By 1998, Ritchie got the sort of luck any young artist could only dream of. To make a long story short, a family friend called his nephew, new producer/director Matthew Vaughn - who not only agreed to produce but also lined up investors and – BAM! Lock, stock, and one smoking career.


For a man who was forbidden from watching most films growing up, he’s sure left a cinematic mark. This grandfather of the modern slasher flick started off in academia. Studying English and Psychology, and later mastering in Philosophy and Writing, it wasn’t until he snuck out of graduate school for a day to see “To Kill a Mockingbird” that he would become hooked. After a brief teaching stint, Craven entered the film industry first as a sound editor, then a film editor, and later writing for adult films. Finally, in 1972, in collaboration with his friend Sean S. Cunningham, Craven made it to the director’s chair with his shocking debut “The Last House on the Left.”


She was a blogger, producer, writer, and journalist, but it’s her work as a director that lands her here. Born to playwrights and screenwriters, the New York City-born Nora Ephron went on to be nominated for an Oscar 3 times in her career. Now known for her romantic comedies, she graduated from Wellesley College in the early ‘60s and initially made a name for herself as an essayist and journalist until she tried her hand at screenwriting. She finally gave directing a try after several decades as a screenwriter. Though 1992’s “This Is My Life” didn’t exactly make waves, audiences would soon warm up to Ephron thanks to the classic rom-com “Sleepless in Seattle” the next year.


This American-born British actor, director, and animator has quite a repertoire, from artistry to acting to writing to producing and of course, directing. One of the founding members of the hugely successful and influential “Monty Python’s Flying Circus,” his off-kilter style and wit shine through in his own films. Starting off as a strip animator, Gilliam has always had a vision that is all his own, and the sort of imagination that certainly could never be taught at any school- including his preference for extremely wide angle lenses. His visual aesthetic and comedic timing are perhaps all the more surprising when you realise that Gilliam grew up without a TV and little access to film.


This versatile director really likes to get into his audience’s – and sometimes his subject’s – head. Rather than hit the books, Jonze learned his way around a camera by getting behind the lens as a photographer, working for “Freestylin’ Magazine” in the 1980s. When several bands noticed his photos, he was prompted to start directing music videos. In 1999 he made his major motion picture debut with the surreal comedy, “Being John Malkovich.” Jonze has cited an interest in people and personal stories as the drive that allows him to so seamlessly, and with so much fun, move from one project to the next. With multiple Oscar nods, it’s clear he’s got a naturally good head for his business.


Most famous for his striking visuals and larger than life characters, this hardworking English director started life off in a small town in the UK. While studying photography and graphic design at the Royal College of Art in London, Scott made his first short film and helped RCA develop its own film department. After graduation, he landed himself a job at the BBC as a trainee set designer. Gradually working his way up, he began directing for TV in 1965. While his feature debut was the 1977 historical drama “The Duellist,” it was his terrifying and ground-breaking sci-fi/horror flick “Alien” that rocketed him to international fame. He has earned three director Oscar nominations since, and several for best picture.


It makes sense that his stories are often categorized by their non-linear plots, because his lead up to success was certainly atypical. After dropping out of high school at fifteen-years-old, he lied about his age and started working at a porno theatre, later enrolling in acting classes. Tarantino slowly but surely climbed in the industry, even appearing as an Elvis impersonator on an episode of “The Golden Girls”, and sought to make a name for himself as a screenwriter - a goal eventually realized with films like “Reservoir Dogs”. Since sitting in the director’s chair, he’s earned several Oscar nods for directing and screenwriting, while earning a reputation as the mastermind behind some of Hollywood's most gloriously brutal and violent films.


From a very early age, Christopher Nolan knew he wanted to be a filmmaker. Using his father’s super-8 camera, he would film dramas with his action figures. At university, he chose to study English literature rather than film, but he did chose his college based on the campus’s superior filmmaking equipment and facilities. There he taught himself to make short films. In 1998, he debuted his first feature “Following,” shot over the course of a year and paid for out of pocket. Since then, with hits like “The Prestige”, “Inception”, “Interstellar”, and “The Dark Knight Trilogy,” Nolan has gone on to become one of the most successful directors of the new millennium and highest-grossing directors of all time.


Making films with an 8mm camera at age 8, David Fincher directed plays in high school and worked at a movie theater in his youth. In his 20s, he was a production assistant at Korty Films and then worked different jobs, even serving as an assistant camera operator at Industrial Light & Magic. Around the same time, he founded Propaganda Films, a video and commercial company that gave many directors, including Spike Jonze, a start. Fincher's debut film saw him helm the sequel to a franchise kicked off by Ridley Scott and James Cameron: “Aliens 3.” He has since become known for his extreme close-ups and tense psychological thrillers, but it’s his work in drama that has since earned him two Oscar nods for Best Director.

Before we lift the curtain on our top choice, here are a few honorable mentions:


In college, this Canadian director studied physics, switched to English, and then dropped out. He then began driving a truck and teaching himself about special effects and projection from books at his local library. After seeing the original “Star Wars”, however, Cameron quit gear-jamming and got into showbiz. The future Titantic director wore many hats in his early days, including production designer, model maker, writer, and eventually special effects director. But Cameron's big break came as the result of food poisoning during the making of “Piranha II”. He had a fevered dream about a robot assassin from the future – which would become the plot of his first film “The Terminator.” Since then, he has directed some of the most beloved, blockbusting, epic and highest-grossing films in recent history.
Comments ∧