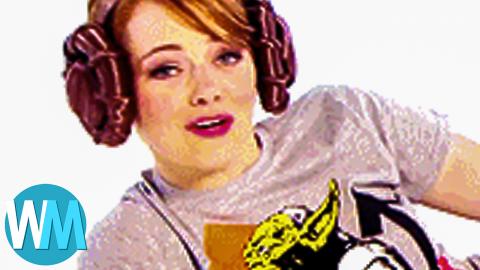 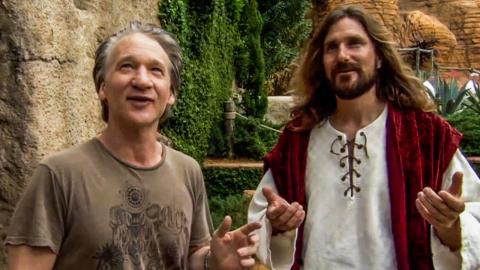 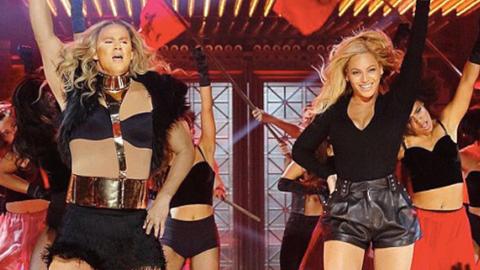 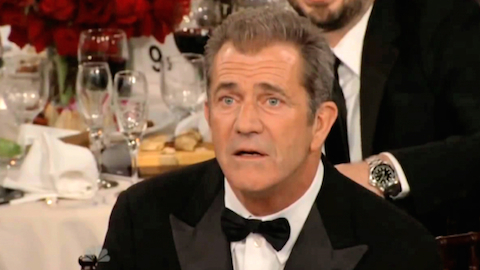 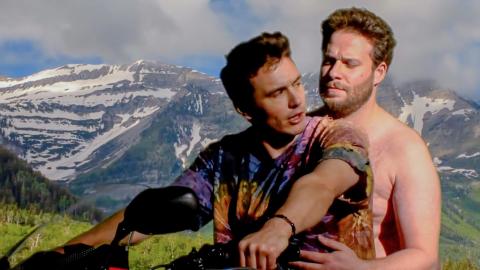 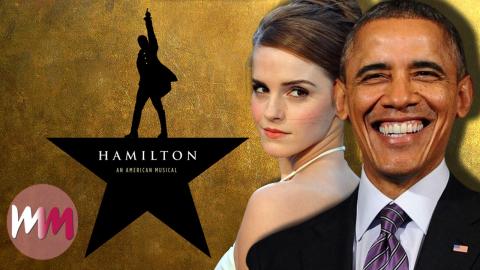 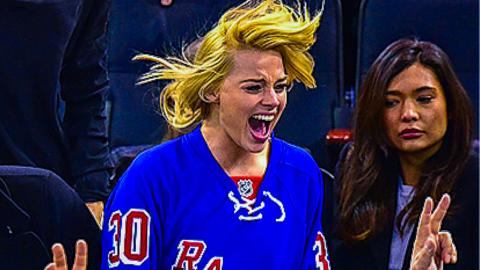 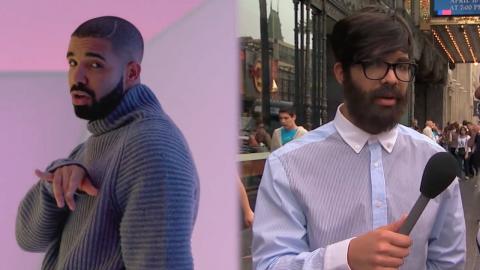 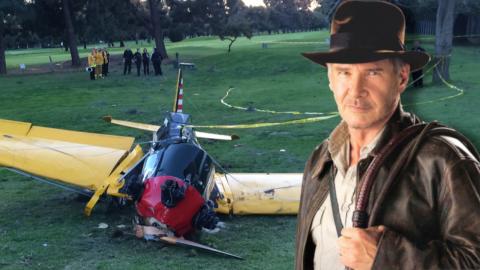 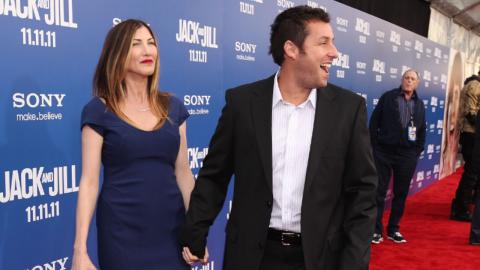 Top 10 Celebrities Who Dated Their Fans 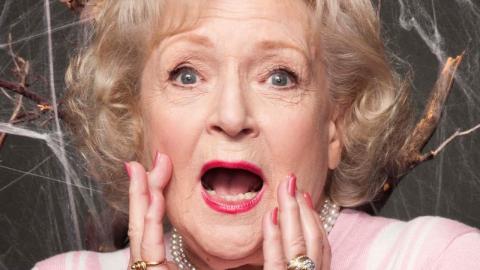 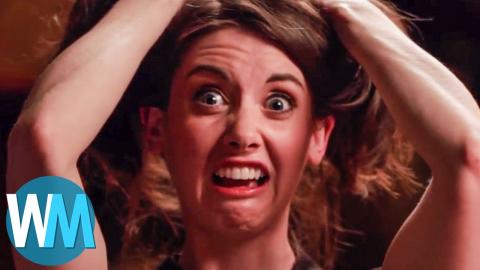 Top 10 Sexy Celebrity Women That Are Way Funnier Than You 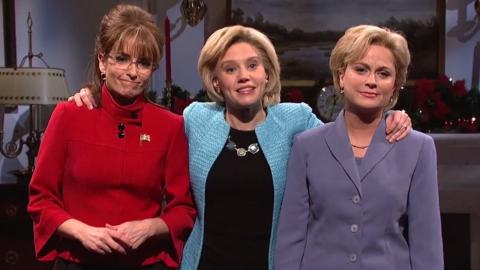 May the Force (4th) Be With You. Star Wars has one of the most diehard fan groups behind it, and these celebrities can be counted amongst the most devoted Star Wars fanatics! From the usual suspects of Simon Pegg and Stephen Colbert, the latter of which actually appeared in a Star Wars film, to the perhaps more surprising revelations that Tina Fey, Anna Kendrick and Joseph Gordon-Levitt are huge fans!
Transcript ∧


The secret’s out! Welcome to WatchMojo.com, and today we’re counting down our picks for the Top 10 Celebrity Fans of Star Wars.

For this list, we’re ranking the most diehard, vocal or longstanding fans of the “Star Wars” franchise that also happen to enjoy celebrity status.


Ok, so we all know it’s nothing new for you and your friends to geek out over the latest “Star Wars” trailer, but we have to admit it’s pretty cool when celebrities get in on the act. Case in point? Anna Kendrick’s excited reactions on Twitter about the release of “Star Wars: Episode VII - The Force Awakens,” a cool reminder that the “Star Wars” universe can connect with the kid in all of us. Oh, and Ms. Kendrick gets bonus points for going the extra mile to appear in the live action trailer for the 2015 video game, “Star Wars: Battlefront,” securing her status as a sci-fi super fan.

Have you ever wanted to cut your own version of a film, edited down to your own, personal specifications? Well, that’s what “That ‘70s Show” star Topher Grace did with his version of George Lucas’ “Star Wars” prequels. The actor, who’s a huge fan of the series, was looking to hone his skills as a film editor, and chopped the first three episodes in the franchise down to one, 85-minute film. Grace has only screened the film once for a group of friends, and due to copyright it remains unavailable for public consumption. Still, the fact that he went to such trouble indicates his midi-chlorian count is off the charts!

Bill Hader’s love of the “Star Wars” universe has been well documented, like that time the actor and comedian indulged in some spot-on impressions as a guest on the “Conan” show. Hader’s dreams of actually becoming involved in the franchise came true, however, when he was given a “voice consultant” credit on director J.J. Abrams’ “The Force Awakens.” Hader collaborated with actor Ben Schwartz to create the sounds that would ultimately constitute the voice of adorable droid BB-8. Even so, Hader was surprised when Abrams’ gave him on credit for his work on the final product.


Kids and adults alike love dressing up in their favorite “Star Wars” costumes for Halloween. Neil Patrick Harris and his adorable family took it one step further in 2015, however, when they all got into the “Star Wars” cosplay act. The former star of “How I Met Your Mother,” his husband David Burtka and their two kids got down in OG trilogy attire as Obi-Wan Kenobi, Han Solo, and Luke and Leia, respectively, furthering a tradition in their household of posting fun, festive Halloween photos on a yearly basis.

The YouTube clip for “Stand Up to Cancer” was published by the “Star Wars” franchise as a means of boosting donations and awareness, while at the same time showing its celebrity ambassadors having a good time with their favorite “Star Wars” quotes. It’s Emma Stone’s presence in the clip that most impresses us, however, thanks to her earnest delivery and obvious love of the source material. Stone also had a bit of fun on “Saturday Night Live,” in a sketch where the actress delivered a mock audition for the part of “Rey” in “The Force Awakens.”

The average red carpet premiere may be full of tuxedos and extra fancy dress, but all bets are off when Hollywood celebrates the “Star Wars” universe. Actor Joseph Gordon-Levitt definitely got into the space spirit when he appeared at the premiere of “Episode VII,” in a homemade Yoda costume. The handmade creation combined green face paint, pointy ears and pajama pants to earn Gordon-Levitt an “A” for effort, even if the end result wasn’t exactly screen accurate!

Stephen Colbert has made no secret of his undying love for the “Star Wars” universe, even going so far as to humorously explain a summarized plot of the original trilogy to China on the “Late Show”. It’s the friendly rivalry between Colbert and his buddy Jon Stewart that gives us the giggles, however, when the pair battled it out to see who was the biggest “Star Wars” fan for the online fundraising platform OMAZE. Stewart and Colbert appeared to raise money for a Lucasfilm UNICEF campaign, where both put their trivia knowledge and light saber skills to the test!

Hollywood’s “King of the Geeks” may have voiced the Jakku junker Unkar Plutt in “The Force Awakens,” but that’s not where Simon Pegg’s involvement with the franchise ended. In fact, director J.J. Abrams actually applauded Pegg’s involvement on the set as a consultant during an interview with Entertainment Weekly, where Abrams said that Pegg was, “an honest, critical friend” with “fresh eyes and very smart ideas.” It may be the average “Star Wars” fan’s dream to actually contribute to the creative process, but in Simon Pegg’s case, it’s a simply a case of getting the right man for the job.

The “Star Wars” references flew frequent and fast back on Tina Fey’s “30 Rock,” whether it was the writer, actress and comedienne dressing up as Princess Leia or Carrie Fisher herself showing up. And Fey’s love of the franchise continues to inspire her appearances today: she even appeared on the forty-second season of “Saturday Night Live” in hologram form to give hosting tips to “Rogue One” star Felicity Jones. It’s impossible to get enough Tina Fey, but it’s hard not love her even more when she’s dropping love for the “Star Wars” universe.

With “Star Wars” super-fan Seth MacFarlane, it’s a case of putting your creative money where your mouth is. How else can you explain the tremendous effort that went into MacFarlane’s realization of three “Star Wars” parodies on “Family Guy?” All three of the specials retold the original trilogy utilizing the Griffins and company, and displayed real love and respect for their source material, while at the same time retaining the show’s irreverent humor. “Laugh It Up, Fuzzball: The Family Guy Trilogy” is proof positive that Seth MacFarlane deserves this spot as the ultimate celebrity fan of the “Star Wars” universe.
Comments ∧