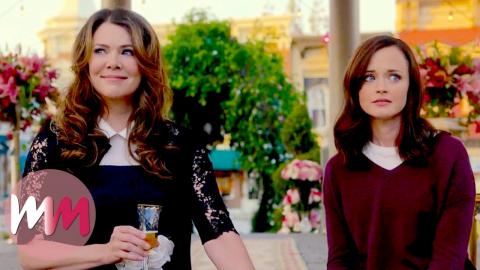 Top 10 Things We Loved About the Gilmore Girls Revival 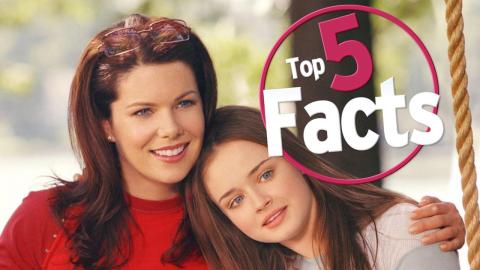 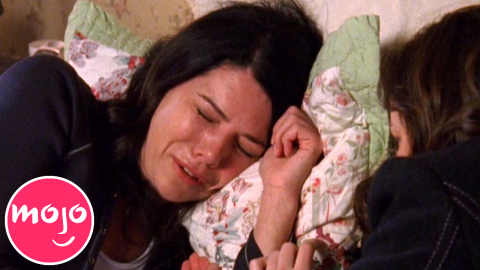 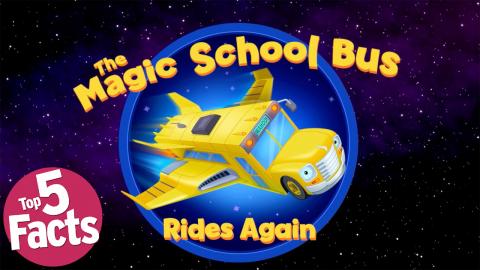 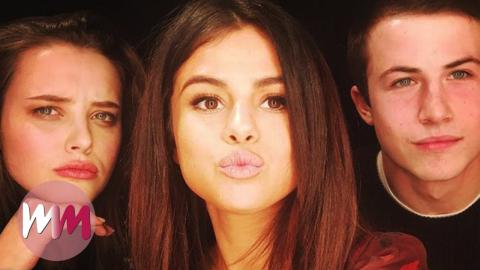 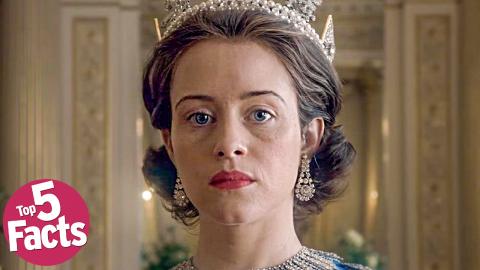 Top 5 Facts The Crown Got Wrong 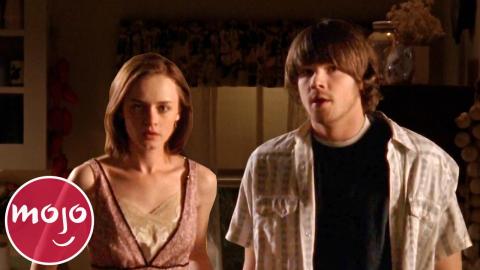 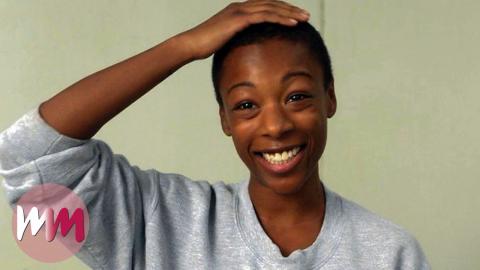 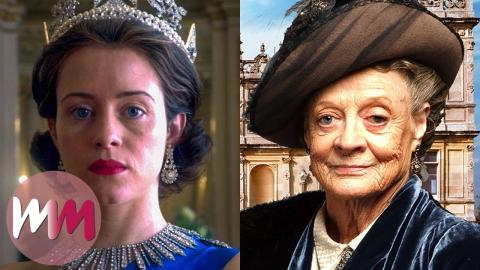 Top 10 Things to Watch If You Like The Crown 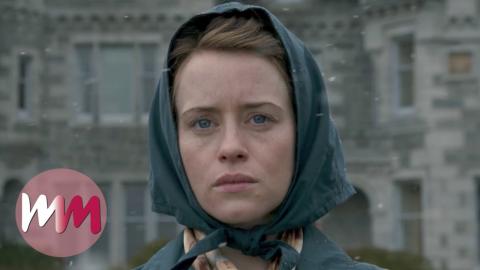 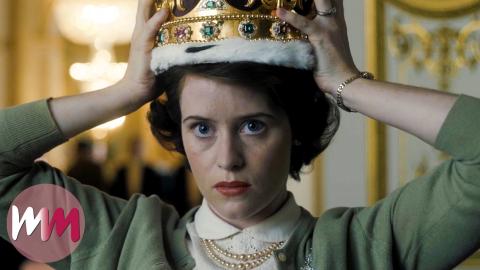 VOICE OVER: Emily Brayton
When Netflix announced that they would be making a Gilmore Girls revival, fans were ecstatic and while there were many things to love about it, there were also a lot of things we could have done without. In this countdown, we're taking a look at the to 10 Things We Hated About Gilmore Girls: A Year in the Life! For one, the show ended with a bunch of loose ends. We left not knowing who the father of Rory's baby is, left wondering if Paris and Doyle will get back together and where do Luke and Lorelai stand on having a baby?
Transcript ∧

Top 10 Things We Hated About Gilmore Girls: A Year in the Life


Though there were many things to love about the return of Lorelai, Rory, and the rest of the Stars Hollow gang, there were also a lot of things we could have done without. Welcome to MsMojo and today we're counting down our picks for the top 10 Things We Hated About Gilmore Girls: A Year in the Life.
For this list, we'll be sharing our least favorite moments and storylines from the 2016 Gilmore Girls mini-series. Fair warning: there will be spoilers.

Though the ending of “A Year in the Life” had a lot of satisfying moments, fans were left with a whole lot of burning questions that went unanswered. Where do Luke and Lorelai stand on having a baby? Will Paris and Doyle get back together? Who is the father of Rory's baby? And who wrote that mean letter to Emily?? Since there were no episodes scheduled to be produced as of early 2017, it looks like we’d be left wondering for a bit. But considering that so many of the major story lines were left unfinished, fans could only hope this meant that more Gilmore content will be on its way.

Though some supporting characters like Paris, Kirk and Michel were more fleshed out in the revival, Rory's best friend, Lane, seems to have gotten the short end of the stick. Her screen time is minimal and her story development is pretty disappointing. Ten years later and Lane is working at Kim’s Antiques? Lane’s story line in the original series was all about getting away from Mrs. Kim’s expectations. Fans had higher hopes for their favorite small town rock star hopeful, and even if Hep Alien wasn’t destined to make it big, it would have been nice to see Lane doing something other than following in her mother’s footsteps. Also, we would have loved to see more of Sookie than the one scene we were given.


#8: Rory's Entitlement (and Lack of Professionalism)

We know it's a tough job market out there for young people, especially in the world of journalism, but Rory seems to be waiting for everything to fall right into her lap while not doing a great job of actually being a journalist. She falls asleep while interviewing a source, sleeps with another source and shows up to a job interview completely unprepared. Though it’s hard to think of Rory as anything but perfect, fans had a hard time sympathizing with her in the revival episodes. The Rory Gilmore we know and love can write a compelling piece about the school parking lot being paved, so this behavior seemed more than a little out of character.

Come on guys, its 2016, there are so many things to laugh about that don’t involve poking fun at minorities or people who are overweight. There are a few times in the revival that culturally sensitive fans were unsure whether they were supposed to be laughing at the characters or with them. Lorelai and Rory spend a whole scene body shaming people at the Stars Hollow pool, Taylor tries to “borrow gays” from a neighboring town and Emily hires a maid whose language is incomprehensible to her. This may fit with the personalities of the characters we know and love, but jokes about people’s broken English or different body types feel so 2007.


#6: Lorelai Does Some Really Un-Lorelai Things

We know, we know, people change but Lorelai may have changed a little too much. It’s been 10 years but it still seems unlikely that Lorelai would actually choose to do any sort of outdoor activity, let alone a serious endeavor like hiking the Pacific Crest Trail. Considering that, to our knowledge, Lorelai has never even so much as spent the night camping, it seems pretty unrealistic that this is how she would choose to “find herself.” Lorelai has always been supportive of everything that Rory has wanted to do, so it also seems out of character that she would object to her writing a memoir about their lives.

Though we totally had chills with the way the revival started and loved hearing some of our favorite quotes from the show, we kept waiting for the familiar notes of the intro song “Where You Lead” but it never came. There’s something comforting about the tune that fans have heard so many times so it was slightly jarring to be without it. Luckily, die hard fans got a nice surprise when Carole King, who wrote “Where You Lead” made a cameo appearance as an enthusiastic Stars Hollow resident and even gets an opportunity to perform one of her other well known songs. Oh, and the song does ultimately appear… in the last episode’s credits.

Though there may have been some funny parts, the Stars Hollow: The Musical ultimately took up way too much time that could have been spent on pretty much anything else (i.e. maybe more of a storyline for Lane?) We get it, this musical is supposed to be bad - but in that case, showing snippets from a few scenes would have sufficed. Fans had to sit through an entire ten minutes of this monstrosity and it stopped being funny after about minute one. If this was all just an excuse to let Broadway mainstays Sutton Foster and Christian Borle shine, then it definitely did the trick, but a bit this long did not belong in the revival.

10 years later, why are these two still lying to each other? There is literally no reason for Lorelai to lie about going to therapy without her mother and we can’t imagine why Luke wouldn’t tell Lorelai about going to visit potential franchise locations. Their relationship hasn't progressed very much since we last saw them at the end of season 7, and in the end they don't get any closure on their lack of communication. It’s all well and good to end on the happy note of the two getting married, but we’ve got to be pretty concerned that their problems will follow them even after they say “I do”.

Back in the original series, Rory slept with her married ex-boyfriend (Dean) and the show treated it with exactly the gravitas it needed. Lorelai tells her that she’s made a terrible decision and she has to deal with the consequences of breaking up a marriage. In the revival however, Rory cheats on her boyfriend with Logan, who is also cheating on his fiancee and the two experience exactly zero fallout. We THOUGHT she’d learned her lesson, but her being ‘the other woman’ is not even treated as a particularly serious issue. Also, Rory dates a guy for TWO YEARS who she couldn't care less about but somehow keeps forgetting to break up with him.

- Where in the World Is Max Medina?

- How Mean Everyone Was to Paul

There was so much hype around these final four words that they would inevitably be divisive. Rory dropping the totally unexpected news that she's pregnant and then the screen going to black felt kind of emotionally manipulative and made fans wonder if this was just a setup for more episodes to come. Considering this was supposed to be the final episode of the series, it seems a little strange to end on such a cliffhanger. Viewers aren’t 100% sure who the father of Rory’s baby is, though most signs point to Logan. There just wasn’t quite enough build up to make this revelation feel natural.
Do you agree with our list? What was your least favorite part of Gilmore Girls: A Year in the Life? For more infuriating top tens published every day, be sure to subscribe to MsMojo.