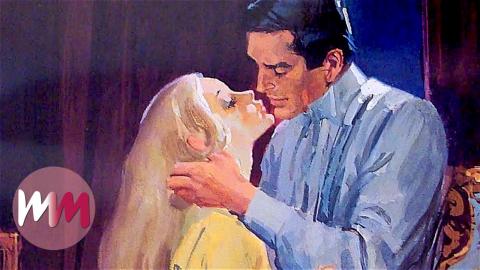 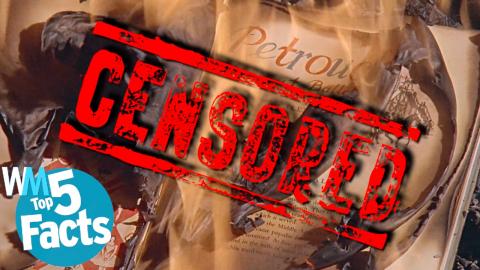 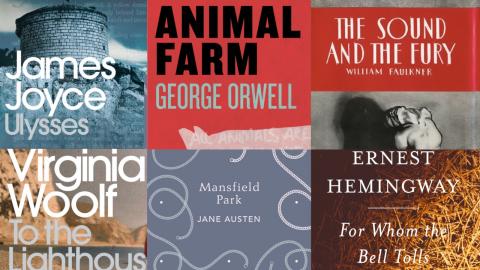 Top 10 Books that Make You Want to Never Grow Up 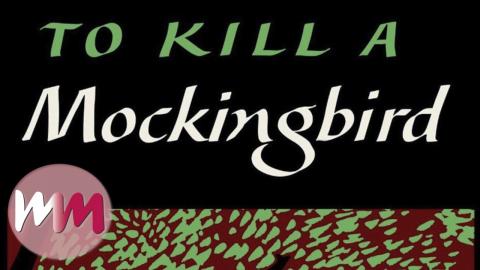 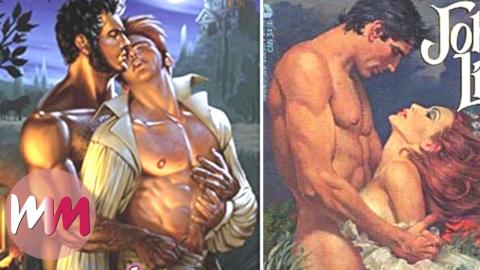 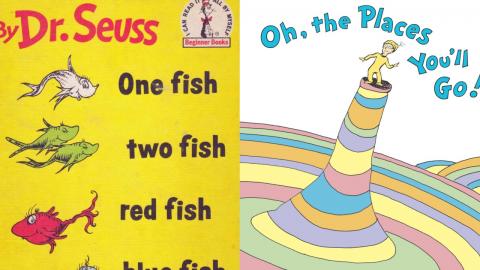 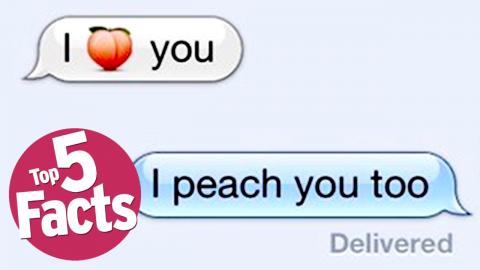 Top 5 Most Interesting Facts about Emojis 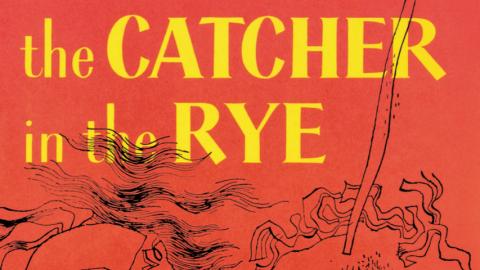 Top 10 Greatest Novels of All Time 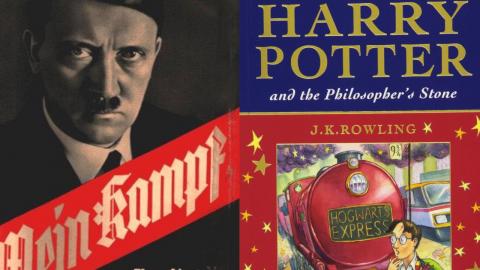 Top 10 Books That Have Been Banned 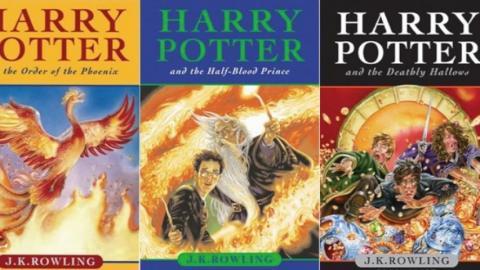 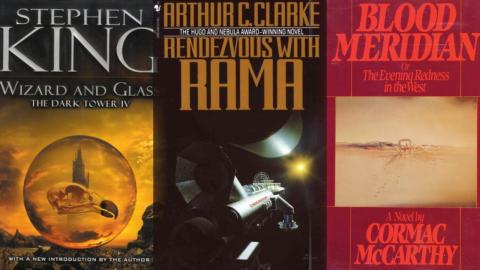 Top 10 Books that Should Be Movies 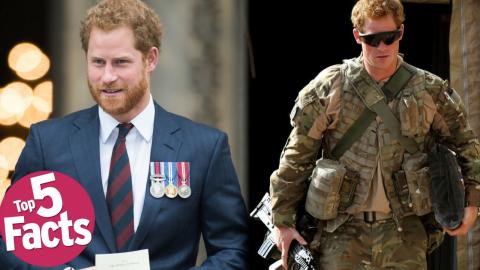 
Light the candles and sink into a bubble bath with one of these author's books! Welcome to MsMojo and today we’re counting down our picks for the Top 10 Romance Writers.

For this list, we’re taking a look at the authors who have written the most engaging and entertaining material, are revered in the genre’s community, and have achieved commercial and critical success. We’ve only included authors who consider themselves romance authors, as well as those who write in English.

Coming in with over 35 million printed copies, 24 New York Times best sellers and counting is Julie Garwood. A historical romance writer, Garwood is scrupulous in collecting her facts and depicting time periods accurately, a subtle trait of her books not lost on readers. She also has a unique ability to craft relatable, quirky, Zooey Deschanel-type protagonists. She’s found success writing several different book series, including the Lairds’ Brides and Clayborne of Rosehill series, the latter of which saw a novel–For the Roses–adapted as a television movie. Garland has also expanded her horizons, writing contemporary romance suspense stories, which have been serialized in Cosmopolitan magazine.

You just couldn’t have a romance list without including the great S. E. Phillips. A Romance Writers of America hall of famer, she pioneered the sub-genre of “sports romance” through her popular Chicago Stars series. Books like Nobody’s Baby but Mine charm critics and fans alike, with readers relishing the sport and love drama stories she blends into one tale. She’s even been dubbed the “Queen of Romantic Comedy.” With over 25 novels and counting, Phillips is no stranger to accolades, as she’s won the Romance Writers of America’s Favorite Book of the Year award on five separate occasions. Phillips is unquestionably romance writer royalty.

A pioneer for women and romance writers, Woodiwiss’s debut novel, The Flame and the Flower, broke ground for several reasons. At over 600 pages, Woodiwiss struggled to get the book published, however she refused to redact the novel. Published in 1972, The Flame and the Flower was the first bonafide work of historical romance fiction. She was praised for depicting the protagonist female character as independently strong and heroic, as well as for writing realistic sex scenes. The book found commercial success, selling over 2.3 million copies. Woodiwiss wasn’t a one hit wonder, as 12 of her 15 novels were best sellers. Mother of the historical romance, many of the authors that have followed owe Woodiwiss a thank you for her groundbreaking work.

Even the most macho guy out there knows the name Nicholas Sparks. Of his 21 published works, over half have been adapted for the silver screen. And these aren’t just tiny films that hit theatres and leave without a whimper; these are box office draws. Novels like The Notebook, A Walk to Remember, and Dear John were major hits. In total, his films have grossed over 800 million dollars. But that’s not to detract from his talent with a pen. His paper works are just as popular as the films they inspire: The Notebook, his first major release, reached the New York Times Best Seller list inside its first week of publication.

Robins was the first President of the Romantic Novelists’ Association, so, we suppose she has come claim to being a romance writer! Dubbed the “Queen of Romantic Fiction” by the Daily Graphic, Robins was prolific in the romance writing community. She’s sold over 100 million copies of her more than 170 book collection. Under a variety of pen-names, she set a strong example for fellow romance writers with books such as The Cyprus Love Affair, Venetian Rhapsody, The Noble One, Nightingale’s Song – honestly the list goes on. Though she passed in 1985, her pioneering works still set the standard for romance novels today.

Collins was an all-around winner among romance writers. Of the 32 novels she wrote, every single one of them landed on the New York Times Best Sellers list. That’s a feat not easily topped, and all those bestsellers add up to over 500 million copies of her works sold around the world. Collins’s success wasn’t accidental, and she can’t be pooled in with your average writer. She pushed the boundaries by writing steamy sex scenes and including controversial content. Her first novel, The World is Full of Married Men, was banned in Australia and South Africa, and was criticized by other romance writers for violating decency. Still, fans approved, to the extent she’s had eight movies put to screen.

Roberts is a romance-writing machine! To date, she’s published over 200 romance novels, which has to be some sort of record. She’s written favorites like Irish Thoroughbread and Spellbound, as well as the ever-popular In Death series under one of her many pseudonyms, J. D. Robb. Roberts is a Lifetime Channel favorite; they’ve adapted several of her works, like Angels Fall and Montana Sky, into TV movies. She honestly has too many awards to count, but it’s worth noting she was the first person ever inducted into the Romance Writers of America Hall of Fame. No word if they inducted all of her pseudonyms as well, though…

You can’t make a list of the top romance writers and leave off the best-selling romance writer of all time; even if an opposing team plays better, it’s the scoreboard that counts. Not that it matters for Cartland, because she produces quantity and quality. Her very first novel, Jigsaw, published in 1923, was deemed racy and controversial, which helped it become a bestseller. She quickly became a tabloid name, as she never faltered with her risqué works. At the time of her death in 2000, Cartland had published over 723 books, setting some records in the process. Beyond just the romance genre, Cartland is one of the best-selling authors ever.

While Charlotte left her own legacy with Jane Eyre, Emily is the Brontë sister that lands on our list. Cemented as one of the most important authors in history, her one and only novel, Wuthering Heights, published in 1847, is considered an English literature classic. The love tale about Catherine Earnshaw and her tumultuous relationship with the dark, brooding Heathcliff commented on social norms, targeting important themes like class, gender, religion, and morality. Brontë challenged her time with her writing, which depicted a violent and passionate sexual relationship that did not conform to moral standards. While controversial, Wuthering Heights also had an innovative story structure, which impressed knowledgeable readers. Ultimately, Brontë’s only work has been enough to establish a legacy.


While the Bronte sisters each had one major publication that shook the foundations of literature, Austen has three novels that can claim the feat. Sense and Sensibility, published in 1811, Pride and Prejudice in 1813, and Emma, 1815 are among some of the most highly regarded works of prose ever written, and yes, they’re romance novels. All three challenged the established conventional standards of morality, as well as the roles of women in society. Austen specifically targeted the strength of women, as well as the expectation they be dependent on marriage. Her works of romance critiqued British society, inviting her readers to be better, and influencing generations of romance writers to come.

Do you agree with our list? Who do you think is the best romance writer? For more steamy Top 10’s published daily, be sure to subscribe to MsMojo.