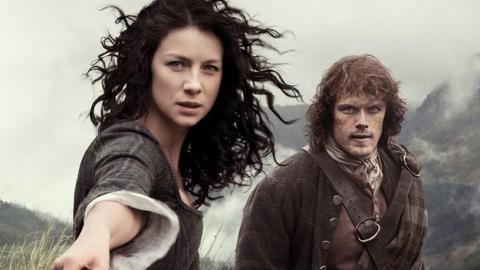 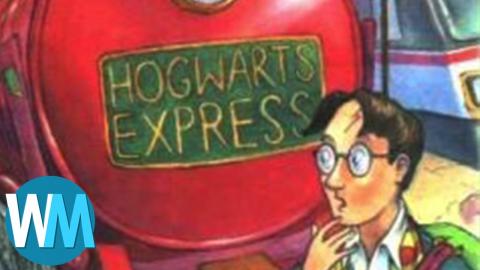 Top 10 Books That Were Banned For Ridiculous Reasons 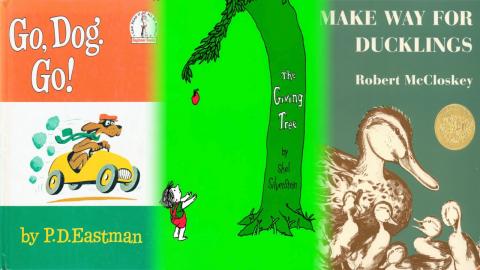 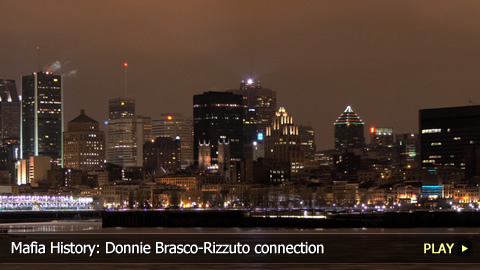 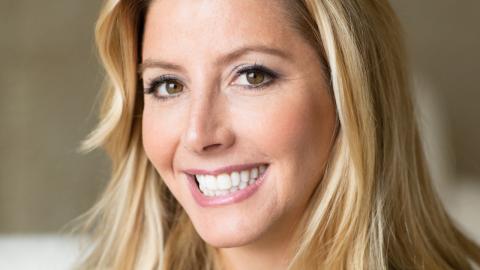 Top 10 Self Made Women 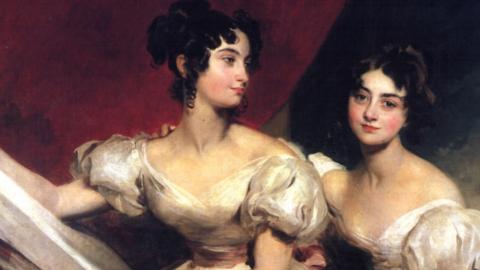 Top 10 Books to Read Before You Die 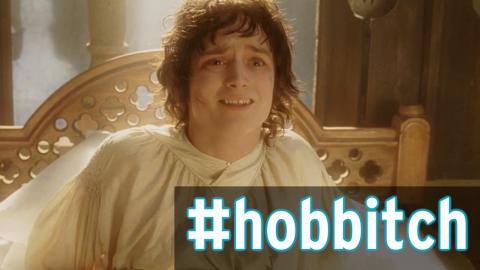 Top 10 Most Hilarious Hashtags of All Time 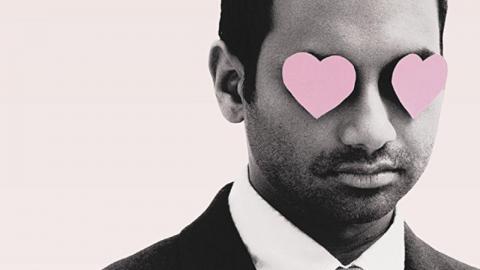 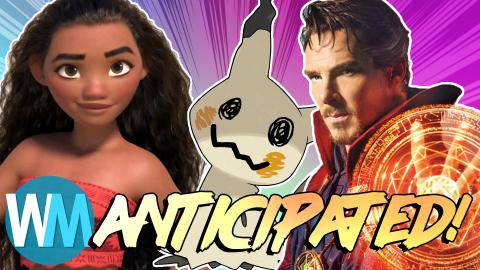 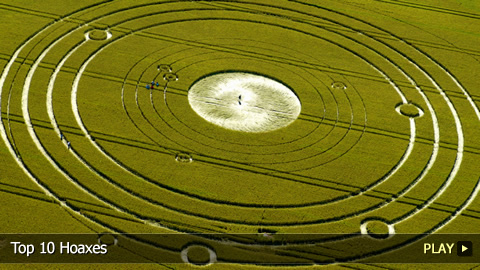 Top 10 Hoaxes of All Time 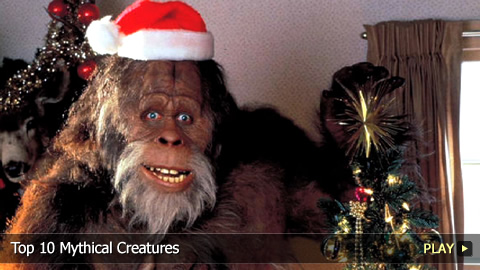 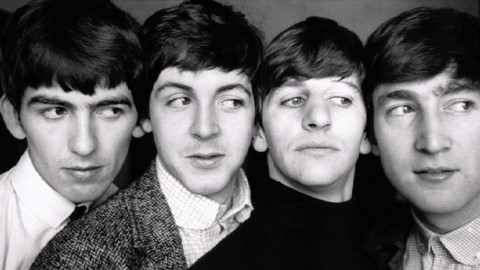 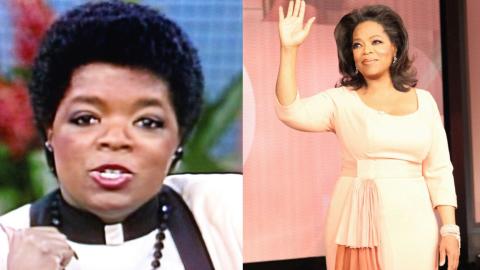 Fairies, dragons, magic – oh my! Join MsMojo as we countdown down our picks for the Top 10 Female Fantasy Authors

For this list, we're looking at women who write about all things fantastic – and who do it well. Although not all of these writers limit themselves to one genre, we're recognizing them strictly for their fantasy works, as well as all the things that make them special, like their creativity, the sheer volume of their work and if they've been able to expand it to other media, as well as their dedication to their readers. However, we're excluding authors more known for writing dystopian and paranormal fiction.

Special thanks to our users rayneprice17 and carlyjcomtois submitting the idea on our Interactive Suggestion Tool at http://www.MsMojo.tv


Fairies, dragons, magic – oh my! Welcome to MsMojo and today we're counting down our picks for the top 10 female fantasy authors.

For this list, we’re looking at women who write about all things fantastic – and who do it well. Although not all of these writers limit themselves to one genre, we're recognizing them strictly for their fantasy works, as well as all the things that make them special, like their creativity, the sheer volume of their work and if they’ve been able to expand it to other media, as well as their dedication to their readers. However, we’re excluding authors more known for writing dystopian and paranormal fiction.


What kid wouldn't want a tree house that doubles as a time machine? Mary Pope Osborne is the author of over 55 books in the “Magic Tree House” series for children, where the main characters travel through time. They tend to have historically and geographically accurate experiences, which is part of the reason why her books have been praised as educational reading material, only with wizards, quests, and spells. Osborne studied religion and mythology in school, which accounts for her fascination with the mythical and how that translates to her writing. Osbourne's popularity as a children's fantasy author has only grown over time, with Lionsgate announcing a film adaptation in February 2016.


She certainly isn't the first author to take a swing at the retelling of classic fairy tales, but Marissa Meyer does take a unique approach to the stories of Cinderella, Little Red Riding Hood, Snow White, and Rapunzel. In “The Lunar Chronicles,” these heroines live in a universe where a portion of the population is made up of cyborgs, and aliens threaten to invade Earth. Once you read these books, you will never think of these fairy tale women in the same way. Meyer is able to turn such tired tales into something entirely new - and if you enjoyed this series, it will please you to know she has more books in the works!


There is little more important to this author than advocating literacy, especially for young people, which accounts for her numerous children's picture books. But her main focus as an author has always been a dedication to the fantasy genre and the influence of her British background, which is why many of her stories involve Arthurian legends, as well as Celtic and Norse mythology. This is particularly true of her “The Dark Is Rising” series, a contemporary fantasy series about a young child's involvement in the battle between light and dark. A mix between Star Wars and Harry Potter – before Harry Potter was even a thing – this author really has a handle on the kinds of stories children and young adults like to read.


If there's one thing fans can appreciate in an author, it is when the author has been a fan herself at some point. Mercedes Lackey is a perfect example, since her writing career actually began with producing fan fiction and participating in filking - that is music written and sung by fans as a tribute to elements of the sci-fi or fantasy genre. She is best known for writing thirty installments in the Velgarth universe. These Valdemar Saga novels revolve around a wide array of mythical creatures, including but not limited, to monsters, mages, and gryphons. She has published over 140 books overall, which gives her an average of 5.5 books published each year!


Margaret Astrid Lindholm Ogden is a woman of many names. She got her start as a children's writer under the name Megan Lindholm and began writing works in the fantasy genre under this name as well. She then decided to write fantasy under the pseudonym Robin Hobb as well, most notably for the Realm of the Elderlings, consisting of multiple trilogies. This may seem unnecessary, but the author herself has explained that "both [pseudonyms] write fantasy, but in very different styles and in different ‘slices’ of the genre. By using two different pseudonyms, I am able to let the reader know which voice they are getting in a book." Plus, she's received praise from George R. R. Martin. How cool is that?


Like most authors, Ursula was interested in writing from a very early age, but after facing rejection she held off trying to get any of her work published for a long time. It's a good thing she reconsidered in the end, because in her lifetime she has had over two dozen books published. Her most popular works are the six books in the Earthsea series, which has been adapted for film, television, and radio, with the most prominent of these adaptations being the Japanese anime “Tales from Earthsea.” A documentary about Le Guin has been in the works since 2009.


Many people are aware of the extremely popular TV series, “Outlander,” which premiered in 2014. But some fail to realize that “Outlander “is actually based on a series of books of the same name by author Diana Gabaldon. The story revolves around a World War II nurse who travels back in time and ends up in 18th century Scotland and becoming involved with a handsome warrior. The story is considered primarily fantasy, but combines elements of historical fiction, romance, and adventure. It has been revealed that Gabaldon started writing with absolutely no intention of sharing her work. But fans of her work and the series it has spawned are so glad she did.


Cassandra Clare, whose real name is Judith Rumelt, got her start by writing fan fiction about Harry Potter and Harry Potter. But now she is best known for writing books in “The Shadowhunter Chronicles” universe about young people who fight demons and other evil supernatural beings. Spaced out between three different series - with at least two more to come – these stories take place during different periods in time. A TV series based on “The Mortal Instruments” books premiered in early 2016 following the 2013 film based upon Clare's works. Cassie also has a huge presence on Twitter and Tumblr, where she shares fan art and frequently interacts with readers both online and in person at meet ups and conventions.


“Interview with the Vampire” was a 1994 horror film that starred the likes of Tom Cruise, Brad Pitt, and Kirsten Dunst, just as their respective careers were taking off. But the classic vampire tale also kickstarted the career of author Anne Rice, who wrote the novel over twenty years prior - in 1973. It became the first in a series of over ten books about vampires – though she wrote separate series about other supernatural entities like witches and werewolves – but Rice has also dabbled in genres like historical fiction, Christian literature, and erotica. While she doesn't consider herself loyal to any one particular genre, Rice makes our list because of how influential she is to fantasy thanks to “The Vampire Chronicles.”


We might joke that if you don't know who this is, you must be living under a rock - but even people who live under rocks likely know who J. K. Rowling is –or least what her work has become famous for! Rowling may be delving into the adult and crime fiction genres as of late, but got her start as a fantasy writer with – that's right, – Harry Potter. Although the final book in the series came out in 2007, Rowling has always honored fans by staying active on social media, creating the interactive website Pottermore, and her involvement with the play “Harry Potter and the Cursed Child.” It's easy to see why and how the characters and world she once created still mean as much to her as they do to readers today.

Do you agree with our list? Who is your favorite fantasy author? For more entertaining top 10s published every day, subscribe to MsMojo.