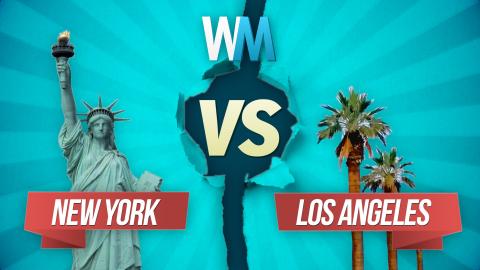 New York vs. Los Angeles: Which City Is Best? 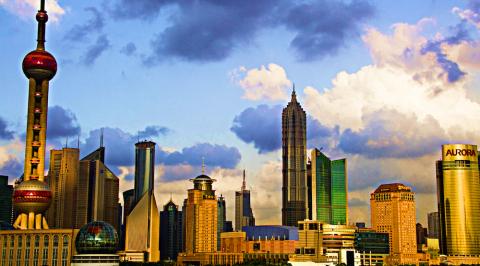 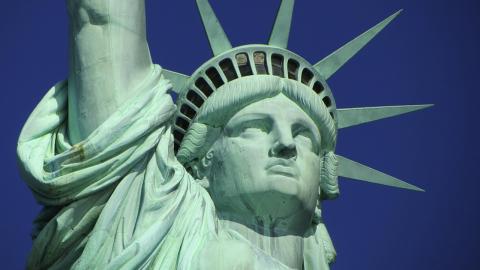 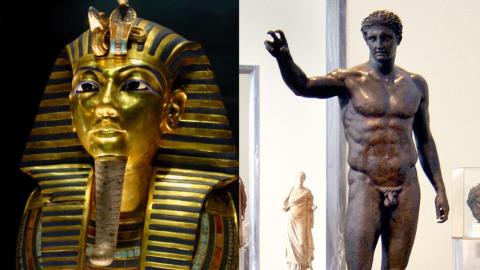 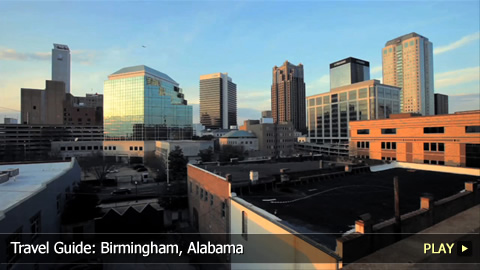 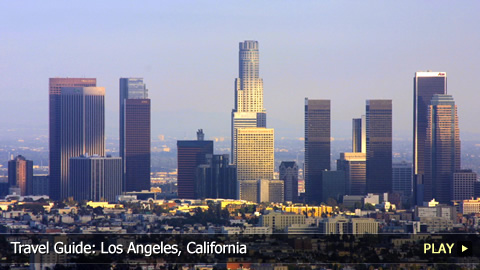 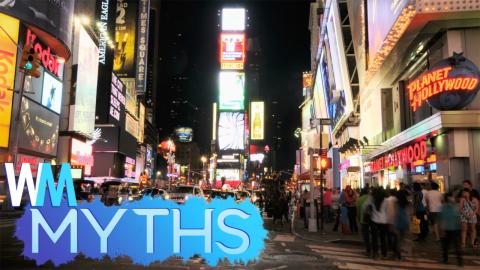 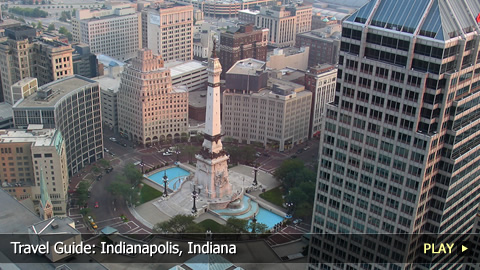 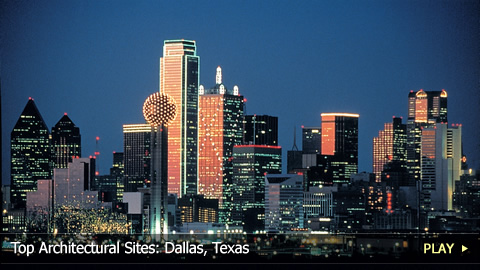 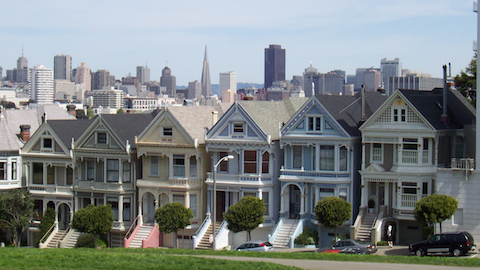 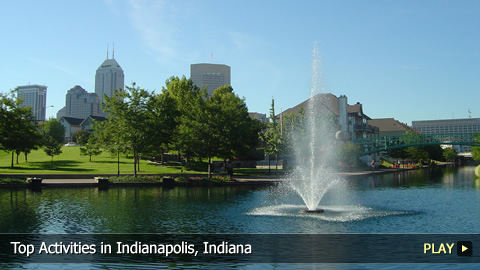 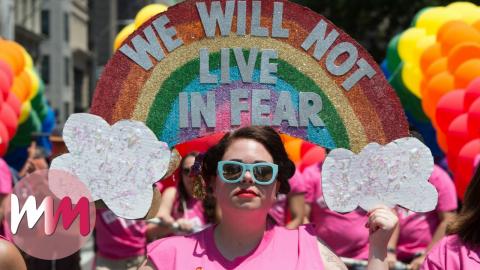 These cities are as memorable as their other unofficial names! Join http://www.watchmojo.com as we count down our picks for the top 10 city nicknames. For this list, we're ranking the most iconic city nicknames from throughout the world. All of these modern cities are unforgettable, some having been around for thousands of years and these names for them have helped cement them in people's memories.

Head to WatchMojo.comsuggest to submit your ideas!


These cities are as memorable as their other unofficial names! Welcome to WatchMojo.com, and today we’re counting down our picks for the top 10 city nicknames.

For this list, we’re ranking the most iconic city nicknames from throughout the world. All of these modern cities are unforgettable, some having been around for thousands of years and these names for them have helped cement them in people’s memories.

After William Penn founded the state of Pennsylvania, he chose to name its largest city after an ideal: because of his status as a Quaker, he had suffered mistreatment due to his religious beliefs. He wanted this to be a region free of these problems and full of tolerance, so he named the city Philadelphia, which comes from the Greek words philos, meaning ‘love’ or ‘friendship’, and adelphos, meaning ‘brother’. And it was this acceptance of other cultures that led to Philly’s growth in its early days. Today, this nickname represents the friendliness of the citizens who live the motto: “Let brotherly love endure.”

Known as one of the main birthplaces of Western civilization, Rome was built on seven hills and myth suggests it was founded around 753BC. However, its nickname ‘Roma Aeterna’ likely refers to archaeological evidence that indicates the area has been occupied for roughly 14,000 years! Through that time, it has experienced a diverse history, having been the capital city of the Roman Empire, an epicenter of art during the Renaissance and a hub of Roman Catholicism. More poetically, Rome’s eternality refers to the ancient Roman idea that no matter what happened in the world, Rome would remain standing. So far, they were right.

Likewise known as NOLA, Crescent City, America’s Most Interesting City and more, New Orleans is renowned for its vibrant multi-cultural atmosphere filled with Cajun, Creole, African and Native American influence, which is clearly seen in the city’s food, culture and music – after all, it’s the birthplace of jazz. The nickname’s origins aren’t confirmed, but they may reference how easy it is for jazz musicians to land gigs in NOLA. Or does it suggest a time during Prohibition when the city was like one big speak-easy? Perhaps a reaction to NYC’s famous nickname The Big Apple, it may also poke fun at their supposedly stressed out friends in the north. Whatever the case, this city’s laid-back attitude makes it the Big Easy!

A city whose history dates back 5,000 years, Beirut is a central city in Lebanon, acting as a hub of government finance and culture. It's not surprising, then, that the city possesses a wide range of architecture and has often been thought of as a major cultural center of the Middle East. Because of this, and the vast amount of tourists the city has attracted over the years, Beirut is known as “the Paris of the Middle East.” Though the Lebanese Civil War disrupted Beirut’s standing as a desired tourist destination, today the community maintains a drive to survive, and allows visitors to enjoy stunning sites, delicious food and whatever else they desire.

Hollywood may be known as Tinseltown, but LA has been long called the City of Angels – and it’s not hyperbole: ‘Los Angeles’ is Spanish for ‘the angels.’ A creative nickname or not, this moniker was derived from the name given to the site by its original settlers, which translates to ‘The Town of Our Lady the Queen of the Angels of the Porciúncula River,’ in honor of the Virgin Mary. Though the city has been far from angelic at times during its history, the City of Angels is as appropriate a nickname as any for a place that is blessed with a natural landscape that makes you think of heaven on Earth.

Chi-Town, the Second City, the City of Broad Shoulders: Chicago has many nicknames, but its most famous is the Windy City. There are various theories as to this nickname’s origins, though some seem more likely than others. It may have to do with Chicago’s historic rivalry with Cincinnati; it may date back to Chicago’s World’s Fair; it may be a dig at Chicago’s long-winded politicians. It may also refer to the fact that the city is, well, windy due to its location off Lake Michigan. Regardless of where it came from or how much sense it makes, the nickname the Windy City has stuck, and is one of many ways to refer to this world-class city.

Jerusalem plays a significant role in three of the world’s major religions – Judaism, Christianity, and Islam – and that reason alone should be enough to justify this nickname. Historically meaningful to all three groups and home to various sacred sites, it is a common ground between diverse peoples. However, unfortunately, the city has also been a site of religious division and conflict in more modern times. But even with its turbulent past and present, Jerusalem has long been an international hotspot, and not just for religious reasons. However, it is for exactly those reasons that it has earned the nickname the Holy City.

Not to be confused with Frank Miller’s “Sin City,” though at times the two are unavoidably similar, Las Vegas is a world-class tourist magnet! While it had humble beginnings as a water stop between LA and Albuquerque, New Mexico, ambitious mobsters transformed this American city into a hotspot casino destination seemingly overnight. Long known for the huge influxes of cash that flow through the town, its elite hotels and its decadent and notoriously vice-filled nightlife, no wonder Vegas is called Sin City! However, it’s not strictly an adult playground anymore, as families can visit and see any number of different shows. That’s why Vegas also bills itself as ‘The Entertainment Capital of the World’!

Paris’ most enduring nickname has been La Ville Lumière or The City of Light, as the French city was one of the intellectual epicenters during the Age of Enlightenment. When gas streetlights were introduced across Europe, Paris was one of the first cities to invest in this new technology – so this nickname holds up on two levels! Also known as a center of romance, Paris is also often called the City of Love – and no wonder; with such beautiful architecture, parks, and art, Paris just seems inherently romantic! Do these same qualities apply to ‘The Little Paris,’ otherwise known as Bucharest, Romania? We’ll let you be the judge.

Before we get to our number one city nickname, let’s review some honorable mentions:
- “Venice of the North”
Amsterdam, Kingdom of the Netherlands
- “The Centre of the Universe”
Toronto, Ontario, Canada
- “The Steel City”
Pittsburgh, Pennsylvania, USA
- “City of a Hundred Spires”
Prague, Czech Republic
- “Motown”
Detroit, Michigan, USA
- “The Square Mile”
London, England

Known as Gotham, the City That Never Sleeps, the Capital of the World, or simply The City, NYC is a world-class metropolis that excels in finance, fashion, food and fun. And, according to its nickname The Big Apple, it once was also prominent in the world of horseracing. Though first made popular through John J. Fitz Gerald’s horseracing articles of the 1920s, the “apple” refers to the big prizes offered at these competitions. Eventually popularized in the 1970s by an advertising campaign, New Yorkers have seen no shortage of tourists travel to their fair city in the decades since, because – thanks to its shopping, nightlife, culture and more – everyone ‘hearts’ New York!

Do you agree with our list? What are your favorite city nicknames? For more excellent Top 10s published daily, be sure to subscribe to WatchMojo.com.
Comments ∧