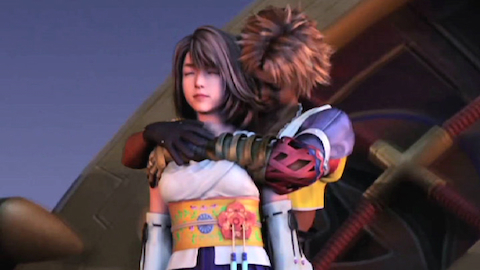 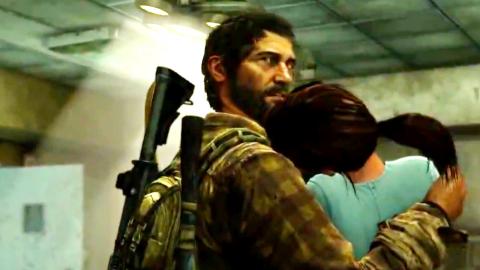 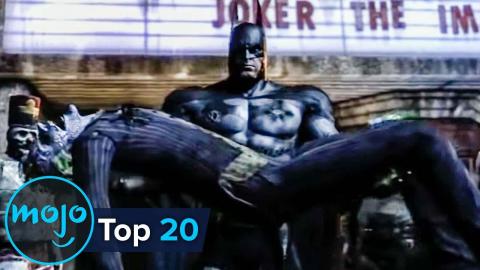 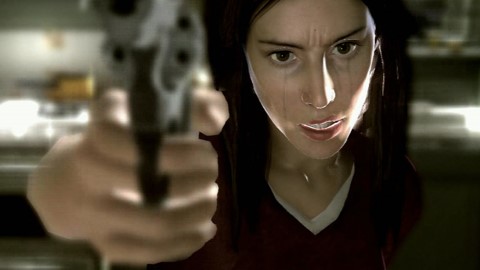 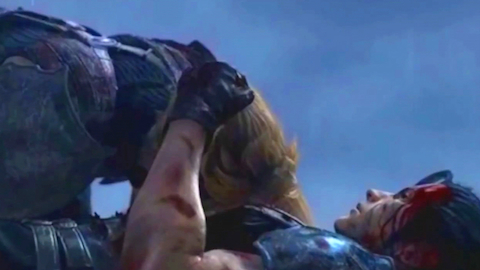 Top 10 Video Games Where you Die at the End 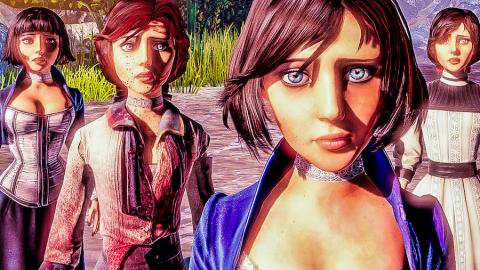 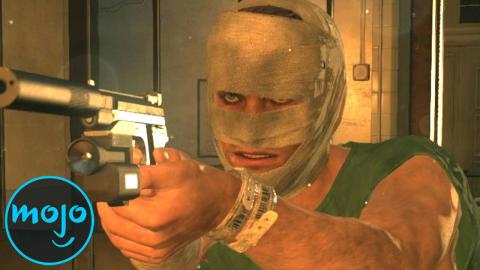 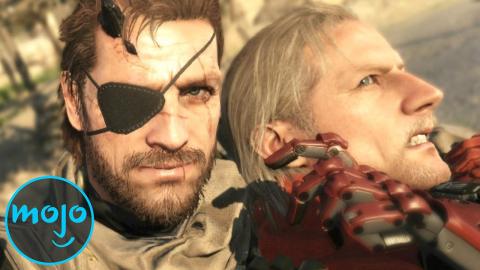 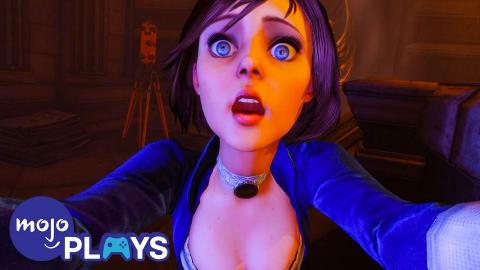 The Best Video Games Where you Die at the End 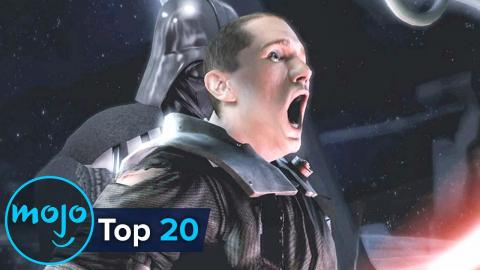 Top 20 Video Games Where You Die At The End 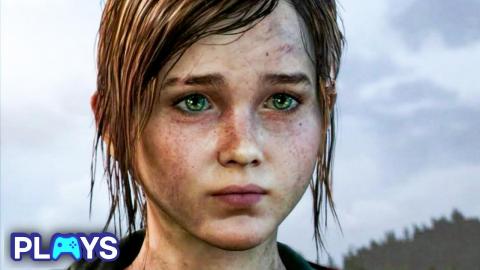 10 Video Games That Ended in Disaster 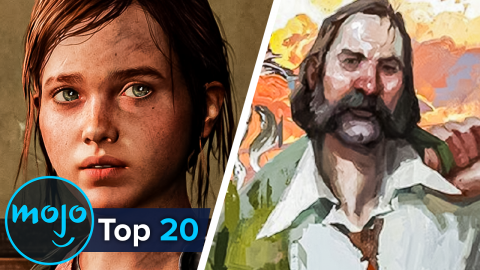 Video game endings can be a good thing. They can provide closure, and tie up loose ends. They can also be totally heartbreaking and leave you an emotional wreck. Join http://www.watchmojo.com as we countdown our picks for the Top 10 Emotional Video Game Endings.

For this list we're taking a look back at all the video game endings that caught us right in the feels. Whether it's a beloved character death, or a devastating love story, it has to have left an impact and started the waterworks. Of course as we are focusing on the game endings, beware of major spoilers ahead...Immediately. Like right now.

Special thanks to our user "Matt Thornton" "Callum Prentice" "MultiMurge" & "YOUNGNINJAPRO" for suggesting this topic on our Website WatchMojo.comsuggest
Transcript ∧


Video game endings can be a good thing. They can provide closure, and tie up loose ends. They can also be totally heartbreaking and leave you an emotional wreck. Welcome to WatchMojo.com, and today we’re counting down our Top 10 Most Emotional Video Game Endings.

For this list we’re taking a look back at all the video game endings that caught us right in the feels. Whether it's a beloved character death, or a devastating love story, it has to have left an impact and started the waterworks. Of course as we are focusing on the game endings, beware of major spoilers ahead...Immediately. Like right now.


With a ending as complex as it is moving, this game takes players on trips to parallel universes. The definitive choice of accepting a baptism drastically ends up altering the future of the main character Booker. In the timeline where he accepts the baptism, he becomes the racist dictator Comstock, ruler of the flying dystopian city of Columbia. Once he comes to the dreaded realization that he was in fact in opposition with himself all along, he presumes to end his life by drowning in order to retract all the events that occurred, though this does also raise questions on if his actions erase Elizabeth as well..


Losing a partner on the battlefield is tough. Noble Six’s sacrifice was also a strong contender but losing the iconic and memorable blue vixen Cortana was just too much. In the last moments of the final battle she sacrifices herself by holding the Didact down long enough for Master Chief to finish him off. Cortana gives the last bit of herself to materialize in human and touch John for the first time when she bids him her final farewell. Artificial intelligence or not, this character's end was all too real for us.


In this quest, Link is entrusted to defeat the nightmares that are ailing the Wind Fish of Koholint Island. The legendary warrior finishes this perilous quest only to find out all the inhabitants of the island disappear when he wakes him up, as the island in the real world, was a manifestation from the constructs the Wind Fish created as a dream. Understanding this to be inevitable, Link frees the Wind Fish of his slumber. Leaving Link, and the player, to ponder if this was the right thing to do.


Recruiting the help of the Sigmund Corporation, Johnny Wiles believed he would be able to recreate his lifelong dream of going to the moon before he dies. Over the course of the procedure, his memories become muddled and corrupted, causing him to forget the meeting and death of his late wife River. In his final moments, we see the artificial memory of him blasting into space bound for the moon, holding his wife's hand, and passing away in his most prized moment.


Discovering yourself to be your own antagonist has to be one of the hardest things a man can face. Captain Martin Walker came to understand this truth in his final bout with Colonel Konrad. Walker realizes his hallucinations caused him to become victim of his own delusions. Instead of becoming the war hero he desperately yearned to be, he became the very killer he damned. In the end, the player is confronted with the choice to take his own life, or become the monster he dreamed of stopping.


Fighting for a doomed cause is better than not fighting at all, right? In a quest to rescue his fallen love, Wander must face off and destroy 16 colossi. What he fails to realize is the colossi's existence are a seal for the demon Dormin. After defeating the last one, Wander erroneously summons him and becomes possessed. The irony kicks in hard as he’s never even able to see his love come back to life…at least not in his current form.


Just beating out Crisis Core’s ending is this tear-jerking moment. After the conclusive defeat of the sinister beast Sin, The main character Tidus begins to fade away in the midst of his team's celebration. See Tidus is actually the manifestation of a dream of beings called Faith, and with Sin gone their dream is ending. It’s confusing and weird but bear with us. The astonished reaction from his companions didn't compare to the heartbreaking farewell he partakes with Yuna. With her last words of, “I love you”, he departs with one final embrace.


Live by the gun, die by the gun. Only way to live out in the Wild West. John Marston looked like he was finally ready to settle down, when his farm is ambushed by the US army lead by Edger Ross. The player gets a brief moment to take control for one last blaze of glory, only be to inevitably see him get hailed on by a barrage of bullets. Playing the role of an anti-hero, John's last act was in efforts to protect his wife and son. Though in the epilogue his son deal’s sweet justice on Ross.


Alike in every zombie apocalypse rendition, there are tons of deaths and losses. The conclusion to this game gets no exceptions. Debatably the hardest decision is left for the young Clementine to make when her only friend and father figure gets infected and can no longer go on with her. Lee advises her to end his life, but what ends up transpiring is left to the decision of the player. Seeing the end of their adventure is overwhelming, because eachother is all had left in the world.

Before we unveil our pick for Most Emotional Video Game Ending here are a few honorable mentions:


A soldier's most important obligation is their mission, whatever the cost. In Snake's case, it was at the cost of his beloved mentor, The Boss. Led to believe she betrayed her country, Snake ends her life reluctantly in their final showdown. Eva's monologue reveals that The Boss was forced to make the impossible decision to sacrifice her life and have her legacy tarnished as a traitor, in order to protect her Country and prevent war from breaking out. As hardened as he can appear, you can feel Snake's anguish as he gives The Boss a final salute at her tombstone.

Do you agree with our list? What video game ending hit you the hardest? For more classic Top 10s published daily, be sure to subscribe to WatchMojo.com.

flagged
ironballs16
“"Over the course of the procedure, his memories become muddled and corrupted, causing him to forget the meeting and death of his late wife River." Wrong, folks at WM - the memory was already "corrupted" because of medication he'd been given as a kid.”