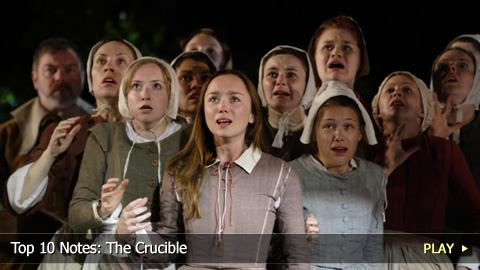 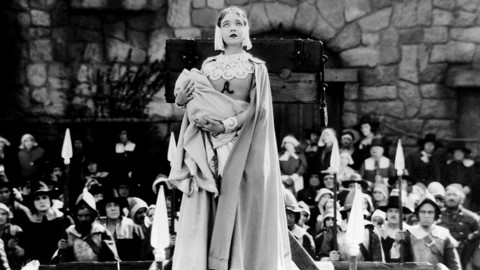 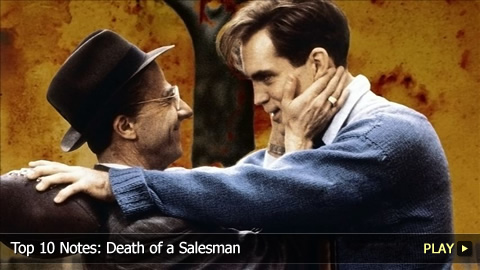 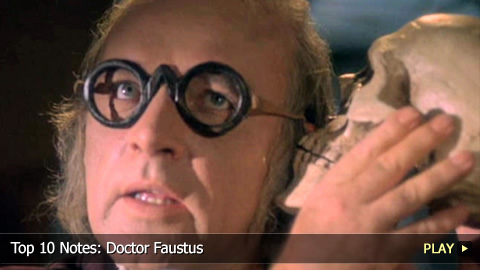 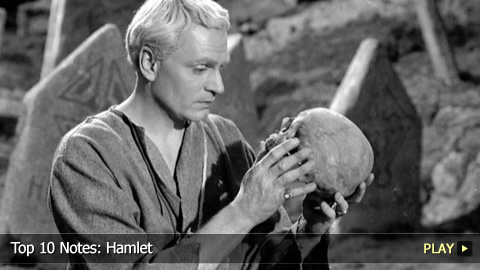 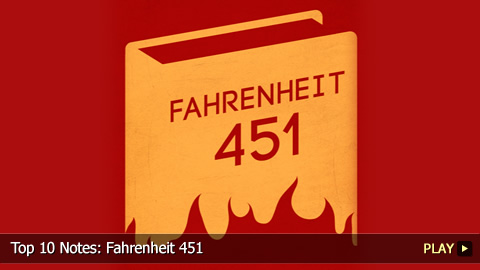 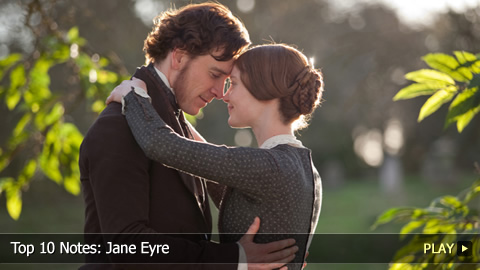 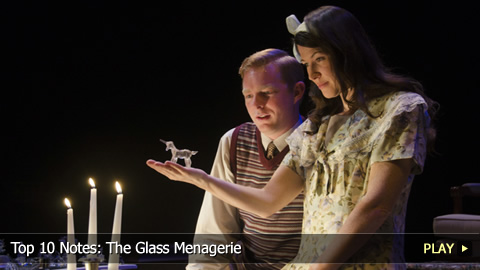 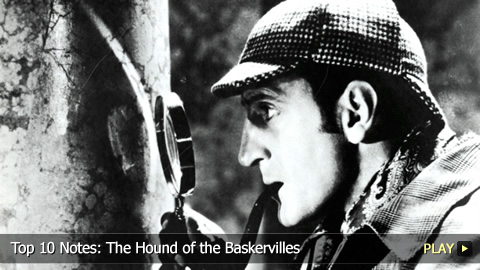 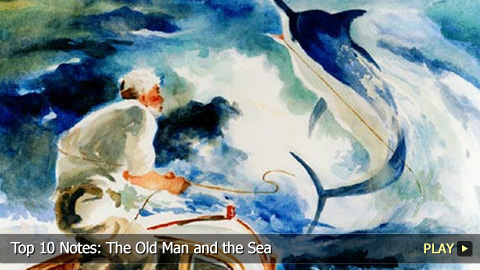 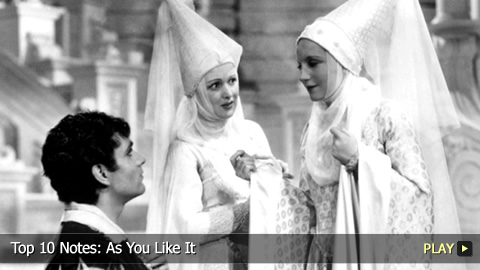 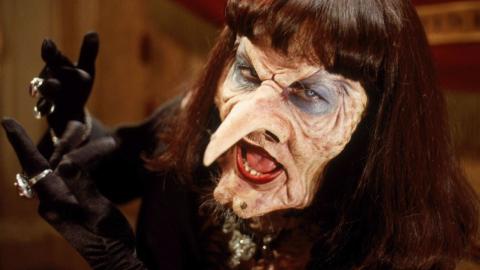 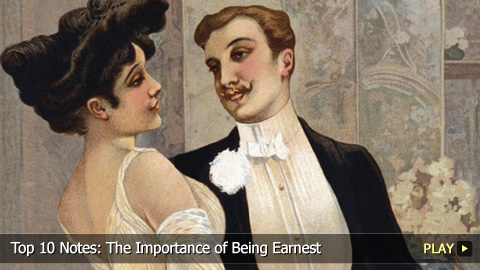 Top 10 Notes: The Importance of Being Earnest

VOICE OVER: Rebecca Brayton
Born in 1915 in Harlem, New York City, Arthur Miller has gone on to become one of the most significant playwrights in modern American theatre. Along with “Death of a Salesman,” he became known for tragic drama known as “The Crucible,” which was published in 1953. Welcome to WatchMojo.com and in this installment of Mojo Notes, we'll be exploring ten things you should know about Arthur Miller's “The Crucible.” Special thanks to our users riderj123 and Margaret Rd for submitting the idea on our Suggest Page at WatchMojo.comsuggest
Transcript ∧

This play’s original name was “The Chronicles of Sarah Good.” Welcome to WatchMojo.com and in this installment of Mojo Notes, we’ll be exploring ten things you should know about Arthur Miller’s “The Crucible.”

Born in 1915 in Harlem, New York, Arthur Miller worked to help his family following the Wall Street Crash of 1929. He continued working after high school, and started writing plays during university. After his plays found Broadway success, he branched out into screenplays and married actress Marilyn Monroe. He died in 2005.

Using the Salem witch trials, Miller wrote “The Crucible” as an allegory to describe American politics in the 1950s. He took several liberties and exaggerated his account of these late 17thcentury events to represent the efforts of Republican American Senator Joseph McCarthy and his supporters to condemn political rebels, particularly Communists, with little or no proof. As such, it’s a dramatization and fictionalization of real-life events.

“The Crucible” is set in Salem, Massachussetts Bay, when it was under the colonial administration of the English Empire during the late 17th century. The people of Salem abided by a very strict moral code, which is reflected by the play’s characters. This included belief in the struggle between good versus evil, particularly how the greater force of God rules over humankind to keep the Devil at bay.

Narrated by an all-knowing third person, “The Crucible” revolves around several Salem residents put on trial for witchcraft. It begins with Reverend Parris discovering his unconscious daughter Betty after she danced and participated in suspicious activities with the family’s Barbadian slave Tituba and several other girls. One of these girls is Betty’s cousin Abigail, who was previously the servant and mistress of protagonist and farmer John Proctor. His rejection of her affections causes much trouble for the townspeople, as she’s willing to do whatever it takes to become Proctor’s wife. This includes accusing Proctor’s actual wife Elizabeth of witchcraft. However, Proctor ultimately sacrifices himself for his wife’s sake.

Considered an honest and honorable man with a respectable job, John Proctor hates hypocrisy. But once he commits adultery with Abigail, he loses his self-respect and becomes burdened by guilt. His efforts to redeem himself are what make him the play’s hero. When it comes to protecting his wife, he’s quick to try to defend her and prevent her arrest. He knows the difference between right and wrong and will do whatever it takes to uncover Abigail’s lies – even publicly admitting to his affair to try to get people to believe the truth. When this proves unsuccessful, Proctor decides to protect his name for personal reasons and his family by paying the final price.

Abigail Williams is Reverend Parris’ teenaged niece, who was dismissed as the Proctors’ housekeeper after she had an affair with the man of the house. Because she’s in love with Proctor, she’s willing to go to great lengths to become his wife. This makes her play on people’s fears and accuse her enemies of witchcraft so they’ll be dealt with accordingly. Her lies and manipulative ways eventually lead to the death of 19 innocent people. She may not get to be with Proctor in the end, but her charm and deceptive ways do get her and her friends off the hook.

As John Proctor’s wife, Elizabeth Proctor is loyal and dedicated. She hates Abigail as much as the former servant hates her and is later accused of witchcraft for it. Even though her husband had an affair with Abigail, she eventually blames her cold nature for his actions. She also helps him redeem himself and keep his goodness by allowing him to be hanged.

“The Crucible”’s main themes include the exploration of good versus evil, lies versus the truth, and jealousy versus compassion and forgiveness. When it comes to the practice of witchcraft, it also touches upon ideas of reputation and justice, while its title is a metaphor for the heated and conflicting circumstances that the characters find themselves in.

Following a poorly reviewed but Tony-winning 1953 production, “The Crucible” found more success the next year. It’s since become Miller’s most performed work and an important part of American drama.

Along with stage and television productions, “The Crucible” has also been reworked for film. Following a 1957 Franco-East German movie, Miller adapted the play for big screen himself, which produced the Oscar-nominated 1996 drama.

Do you agree with our list? What’s your favorite piece of “The Crucible” trivia? With new top 10s published daily, be sure to subscribe to WatchMojo.com.
Comments ∧