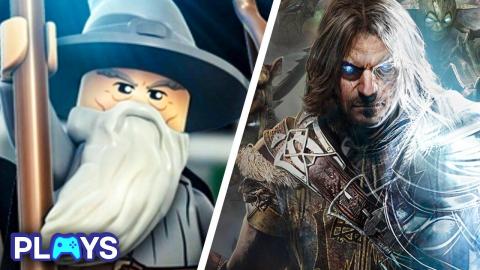 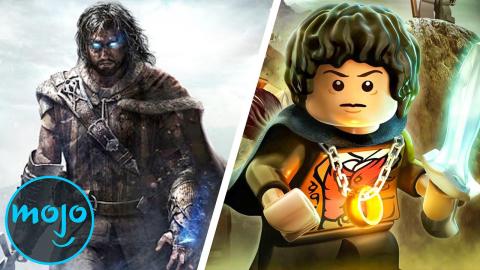 Top 10 Lord of the Rings Games 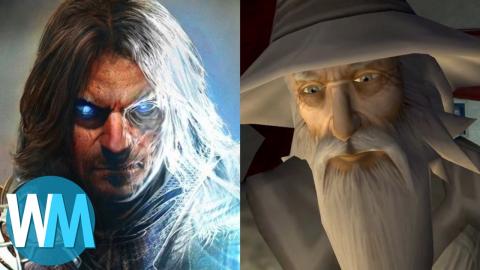 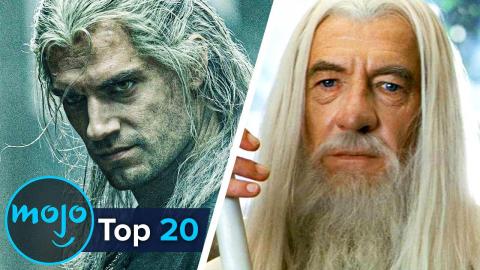 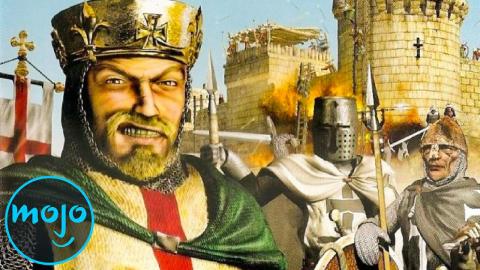 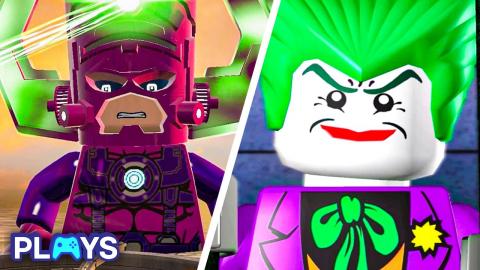 The 10 BEST Bosses In Lego Games 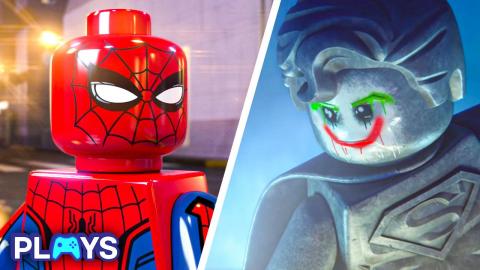 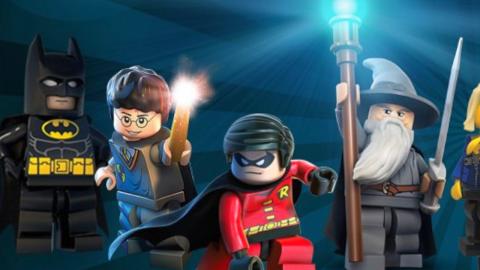 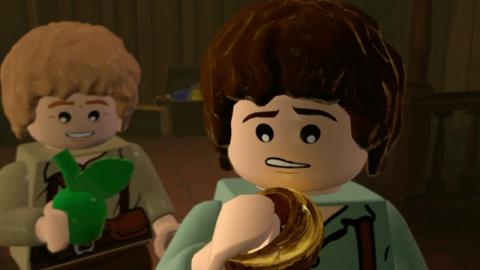 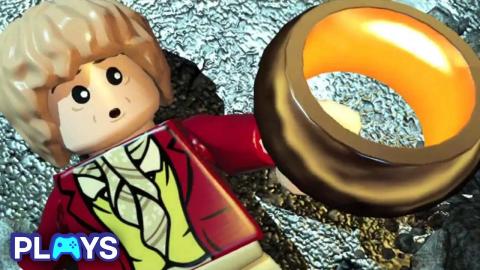 10 CANCELED Lego Games We Wish We Could Have Played 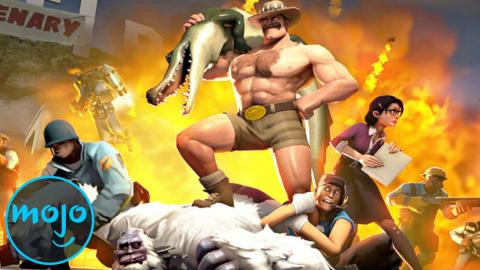 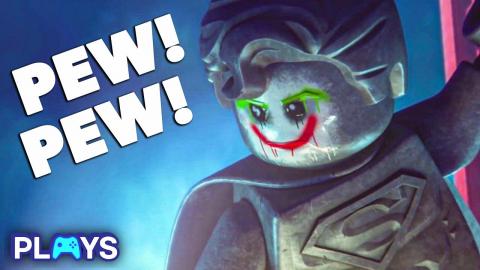 10 Cheats in Lego Games You NEED To Unlock 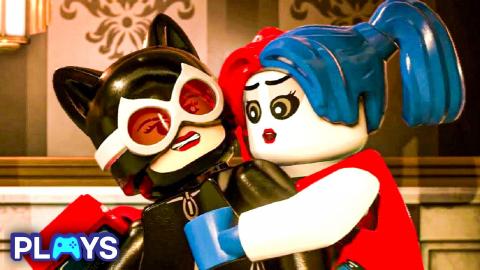 10 Best Lord of the Rings Games


Welcome to MojoPlays and today we’re leaving the shire and going on an adventure to find the 10 best Lord of the Rings games.

For this list, we’ll be looking at some of the best quests and adventures that have been explored throughout Middle Earth and J.R.R. Tolkien’s fantasy world.

What was your favorite Lord of the Rings game? And is the extended cut of the films the ONLY way you should be watching them? Simply walk into Mordor and let us know down in the comments.

Without a doubt MOBAs are one of the hardest game genres to get into. Building a team that has your back, learning all the moves and phrases to call out, building a good defensive and offensive strategy, and that’s just to deal with the toxic communities before you even start playing the game. While Guardians of Middle Earth easily could have just been a reskin of any of the more popular MOBAs such as DOTA or League of Legends, it managed to be more than just a simple Tolkien cash grab. Players can even pull from a collection of Guardians to aid their clans during battle such as Gandalf and even Sauron to bring down the opponents’ strongholds. In another surprising twist, the console ports were the superior versions despite most MOBAs being exclusively designed for PC players.

With much of the story of the Lord of the Rings focusing on the “One Ring” and Frodo and company’s subsequent journey to destroy it, it’s easy to forget the many battles happening elsewhere in Middle Earth against Sauron’s forces. While the Fellowship of the Ring marches towards Mount Doom, a trio of heroes, a Ranger, a Dwarf, and an Elf, attempt to stop a Númenórean working with Sauron from devastating the northern lands and end up crossing paths more than once with members of the Fellowship. Featuring combat similar to games like the classic Return of the King, this hack and slash title forced players to choose their character at the beginning of each level, adding strategic depth to the repetitive combat. Each player character had their own abilities and with the addition of online co-op, the forces of Sauron will not claim the north without a fight.

While many of these games are retellings of events from the films or books, only Aragon’s quest is a retelling within a retelling. Recounting the events of The Lord of the Rings trilogy, Sam tells the tales of Aragorn’s adventures to his children as they prepare the shire for Aragorn’s arrival. Alternating between the battles within Sam’s stories as Aragorn and playing as Sam’s son Frodo exploring the shire, players get a reprieve from the game’s combat sections. Frodo can even learn specific skills while exploring the world which can then be used by Aragorn in later combat sections. The entire game plays more like a Legend of Zelda title than a traditional Lord of the Rings hack and slasher and even features a more stylized art style compared to the gritty realistic approach many other titles adapted at the time.

Comparing The Lord of the Rings Conquest to the Star Wars Battlefront series is more than apt considering both were created by the same developer. While Conquest might not reach the same heights as the Battlefront entries, the title is still a fun time for those looking for all-out war in the battle over the One Ring. Featuring both good and evil campaigns, players can take on the roles of Galdalf, Gimli, trolls or even Sauron himself in large scale battles that could feature up to 150 units to be attacking all at once. Featuring multiple classes, players can choose the play style they prefer best and lay waste to Sauron’s forces or the world of men. Unfortunately, the online servers were shut down only a year after the game’s initial release, but the game still boasts a solid single player mode for those wanting to give it a shot.

Another title that decided to create its own narrative running parallel to the films, The Third Age was also a departure from many other adaptations by forgoing the traditional hack and slash combat for turn-based battles more akin to Final Fantasy X rather than The Return of the King. Given the more RPG nature of the title, The Third Age naturally focuses more on leveling up and progressing each character’s skill set but does feature a twist unique to the title. After the player completes a main area of the story, they have the option to replay the same area in “evil mode” in which they instead take control of Sauron’s forces and battle against the main storyline’s characters, and should the player win these encounters for the bad guys, they can unlock exclusive items that can then be used by the main party throughout the rest of the game.

Given the sheer scale and number of major conflicts and battles within Tolkien’s world, you would think there would be more real time strategy adaptations of his work. And yet at the same time, it’s probably best there aren’t because they would all have a hard time competing with The Battle for Middle Earth II. Expanding on its predecessor in every way imaginable, Battle for Middle Earth II manages to bring not only the best elements of classic strategy games to the world of Middle Earth but also give it a far more cinematic presentation compared to the first entry in the franchise. With both good and evil campaigns and even Hugo Weaving reprising his role as Elrond to narrate the game’s world and events, even those who aren’t fans of the RTS genre should give this love letter to the world of Middle Earth a look.

Although it could have easily been a tossup between the LEGO adaptations of both The Hobbit and The Lord of the Rings, we have to give the nod to The Lord of The Rings for at least managing to include ALL of the films in one package. With the classic LEGO style humor managing to not only poke fun at the seriousness of Tolkien’s work but also honor it, the developers should be commended for nailing the delicate balance of both. With the entirety of Middle Earth open for players to explore as well as 80 characters to unlock AND the ability to create your own custom character to play through the game, LEGO The Lord of the Rings is the complete package for any fan of the books or films, young and old.

Peter Jackson’s Lord of the Rings films have become as synonymous with Tolkien’s work as the author himself, and the battles in the films are surely some of the trilogy's greatest highlights. Capitalizing on this aspect of the films, The Return of the King puts players right in the center of those major conflicts and lets them keep their own score of just how many enemies they can take out single-handedly. Beyond the major battles featuring Aragorn, Gandalf and Legolas, players also follow Sam and Frodo on their quest to the fires of Mount Doom and their struggles to survive Shelob and Gollum as well. With the ability to play the entire game cooperatively, there’s no shortage of battles to face side by side, even if that still only counts as one.

If you ever dreamed of living in Middle Earth and the surrounding worlds of Tolkien’s masterpiece, The Lord of the Rings Online is as close as you can get without living barefoot in a Hobbit hole dug in the side of a hill. The online world of Middle Earth is still going strong even today with its latest expansion having been released in 2021. The game features the classic races of Tolkien lore and seven classes for players to create their custom avatar and band together with others to create their own fellowship. Lord of the Rings Online branches out into regions only mentioned in Tolkien's books and each has its own unique visual style to keep the environments from becoming stale and repetitive. The Lord of the Rings Online is a love letter to not only Tolkien’s work but also the dedicated fans that help it come to life.

Although we will concede that mechanically, the sequelShadow of War might be the superior title, WB's unfortunate insistence and heavy reliance on micro-transactions at launch did hold the sequel back from the high bar set by Shadow of Mordor. Without a doubt, Monolith’s Nemesis system is what made Shadow of Mordor such a standout title in the near endless series of adaptations of Tolkien’s work. Borrowing heavily from Rocksteady’s Arkham series’ signature combat, being bested by a lowly orc and watching his rise through the ranks to become a high ranking member within his unit makes each battle more personal as these named orcs will not only remember defeating you but will openly mock you for losing your last bout. The ending might have been nothing more than a quick time event but Talion’s journey for revenge and its sequel are certainly worthy of Tolkien’s legacy.
Comments ∧