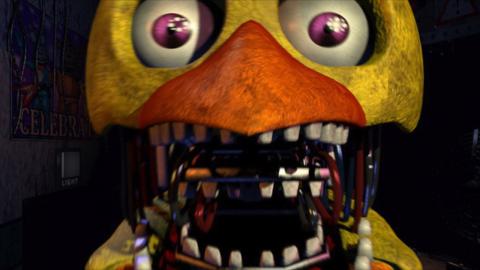 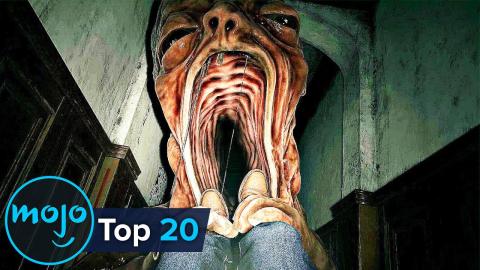 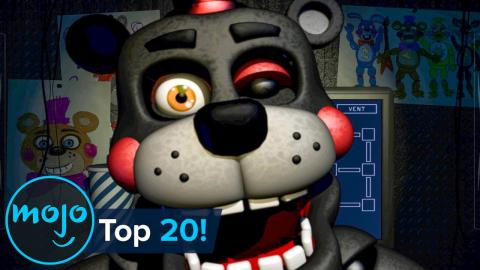 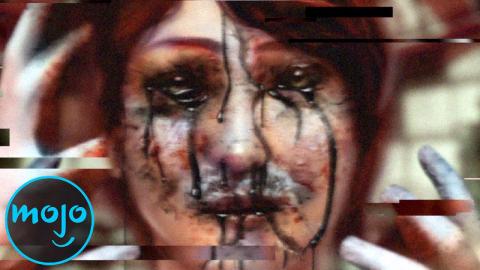 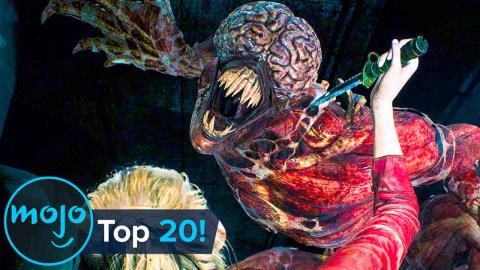 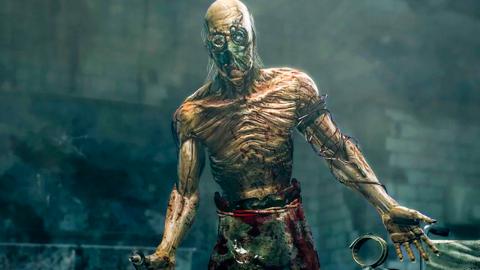 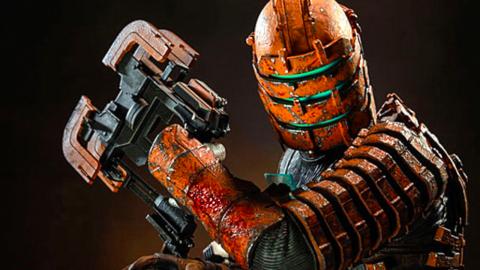 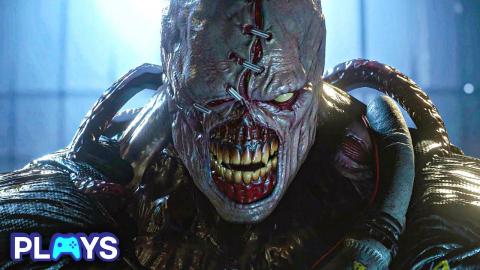 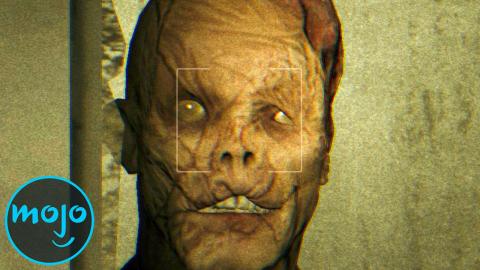 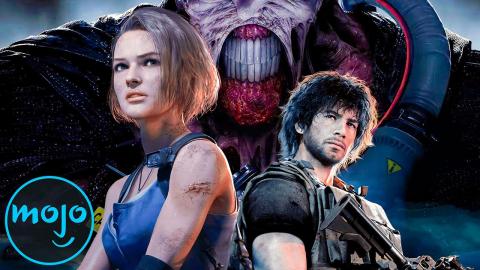 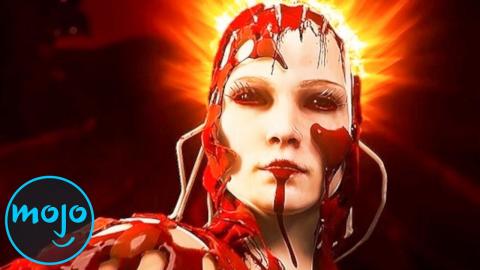 Look your doors, turn off the lights and crank up the volume. Join http://www.watchmojo.com as we countdown our picks for Another Top 10 Scary Video Games

Once again, we'll be taking a look at the most unsettling and frightening games in the industry, pinpointing those that rock us to our core. Our focus is primarily on horror games given how integral fear is to their design, and we won't be including games that are no longer available for play – which means the excellent P.T will be absent from this list. If your favourite seems to be missing, be sure to check out our first list of the Top 10 Scary Video Games.

Special Thanks to our users "Njb1182001" "ABOhiccups" & "7AMart1" for suggesting this topic on our Suggestion Tool http://www.WatchMojo.comsuggest
Transcript ∧


Look your doors, turn off the lights and crank up the volume. Welcome to WatchMojo.com and today we’ll be counting down our picks for Another Top 10 Scary Video Games.

Once again, we'll be taking a look at the most unsettling and frightening games in the industry, pinpointing those that rock us to our core. Our focus is primarily on horror games given how integral fear is to their design, and we won't be including games that are no longer available for play – which means the excellent P.T will be absent from this list. If your favourite seems to be missing, be sure to check out our first list of the Top 10 Scary Video Games.

When a visionary author tells you he wants to make a horror game, you don't ask questions. Hence why the world got “Undying”, Clive Barker's tale about paranormal investigator Patrick Galloway battling demonic forces and preventing the rise of a hellish army. This first-person shooter crosses gunplay with magic spells, as the player will need both to combat an array of demons and monsters. Its focus on the occult also grants the game an interesting visual style, balanced between classic 1920s architecture and Gothic imagery.

There's no safety in the dark, even on other planets. As a reboot of the classic 1993 action game, “Doom 3” returns the series to Mars – retaining the idea of fighting demons from Hell, but adding the element of dimly-lit environments. This ends up being quite the effective addition; the darkness of levels makes every moment tense, and the close-quarters battles with hellspawn and formerly-human zombies hit that right balance of challenge and catharsis. It might be different, but it's not lacking in ability to scare.

Fear can be mined from any number of things. Case in point: this small-scale survival horror game about a single surviving human in an abandoned city appears to be low-key. But its simple visuals and piece-meal narrative disguise how unnerving the experience can be. Your character must maintain their supplies in order to eat and sleep, lest they suffer decreasing sanity and hallucinations. Add to this the presence of hostile mutants and a shifting story based on player choices, and you have a truly terrifying game.

Ah, government-mandated experiments – you never cease to scare us senseless. That's the setup for “SCP – Containment Breach”; you are D-9341, one of several subjects put to work testing inhuman entities at a secret base... only for one creature to break free and force an evacuation. The subsequent game is all about survival and evasion, as there are no weapons and countless creatures ready to kill D-9341. The closest thing to a combative mechanic is blinking, which helps repel some beings – but can attract others.

Back in the good old days, horror came in a different, more polygonal form. Based on the works of H.P. Lovecraft and Edgar Allan Poe, “Alone in the Dark” puts players in the shoes of either private investigator Edward Carnby or Louisiana native Emily Hartwood. Either way, the story takes you through an investigation into the suicide of Jeremy Hartwood, seguing quickly into a desperate battle against dark spirits and monsters. The game's fixation on literary horror, combined with its then-revolutionary 3D technology, brought a lot of gamers' worst nightmares to life... in the best way possible.

Talk about a foreshadowing title. Torque, a prisoner of Abbott State Penitentiary, gets a reprieve of sorts when a freak earthquake unleashes monsters onto the prison. Torque's journey through the resulting chaos and devastation is harrowing, as abandoned halls lead to blood-splattered rooms and tense third-person combat ensues. Further, Torque has to make tough moral choices that aren't always clear-cut, which can be tortuous and unsettling even without the surrounding brutality.

First-person survival horror at its most pulse-raising. You are Miles Upshur, a freelance journalist following up on a promising lead... that takes you to a psychiatric hospital overrun by maddened patients and psychotic doctors. Every second of the game is rife with a growing anxiety, made more overwhelming by the game's aesthetic; the player can pull up an in-game camcorder for additional lighting, complete with night vision limited by battery power. We never thought hunting for batteries would be a scary activity, but there you go.

Few works manage to match or outdo their predecessors, but the 2002 remake of 1996's “Resident Evil” made a game effort of trying. Playing as one of two elite police officers, players must traverse the imposing Spencer Mansion and reunite the STARS unit – while also surviving a cavalcade of mutants and undead creatures. New additions to the classic game include the increasingly mutated Crimson Head zombies, a recurring mini-boss with a tragic backstory, and updated visuals that really emphasize the unusual vibe of the mansion.

Though it came into existence rather recently, this point-and-click novelty game has a few nasty tricks up its sleeve. As the newest night security guard for Freddy Fazbear's Pizza, you are tasked with monitoring the restaurant's animatronics via security cameras. Problem is, the animatronics like to wander after dark... and try to kill you. Each night becomes a frenzied routine of flickering the security office's lights, checking the cameras, shutting the doors – all while praying that there's enough power to last the shift. Hey why do doors need power to close anyway?

Finally, the triumphant and horrifying return of an iconic franchise. In “Alien: Isolation”, our heroine is Amanda Ripley, a space explorer investigating leads concerning her mother Ellen's disappearance. Unfortunately, the lead is aboard a space station currently inhabited by the titular murderous Alien. From there the game is tension incarnate, as Amanda evades and combats not only the Alien, but rogue androids and less-than-friendly humans. You'll be jumping at every sound and twitching at every shadow before long. And the game being in first-person only adds to the scares.

Do you agree with our list? What’s your favorite scary video game? For more hair-raising Top 10s published daily, be sure to subscribe to WatchMojo.com.