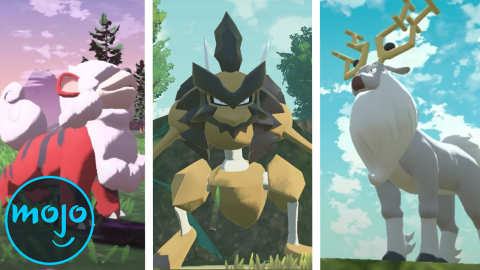 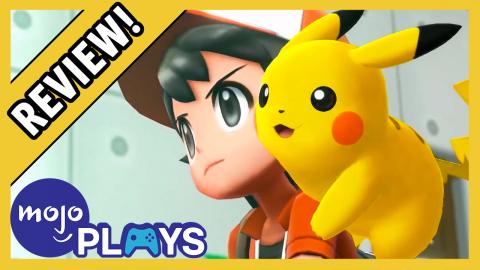 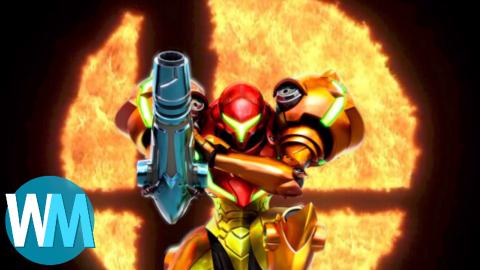 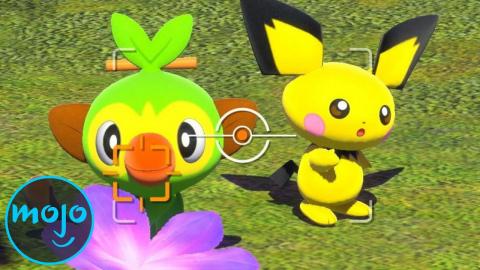 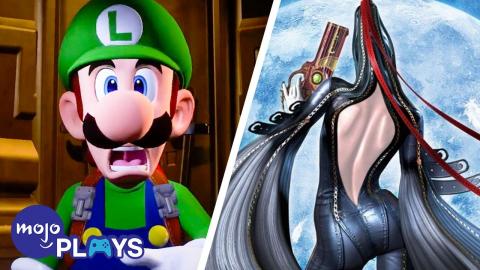 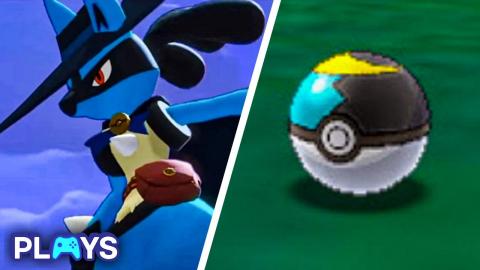 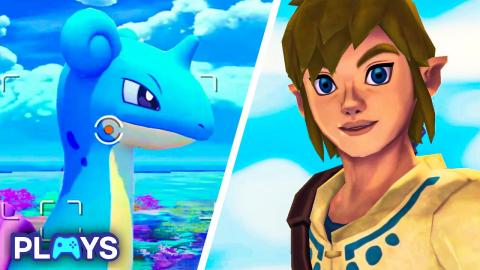 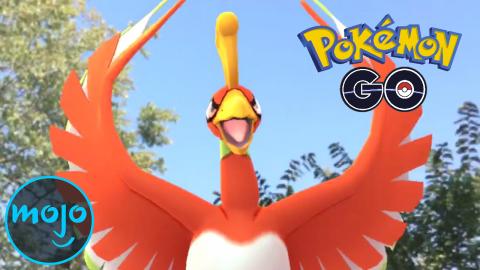 Top 10 Reasons Why You Should Be Playing Pokémon Go Again 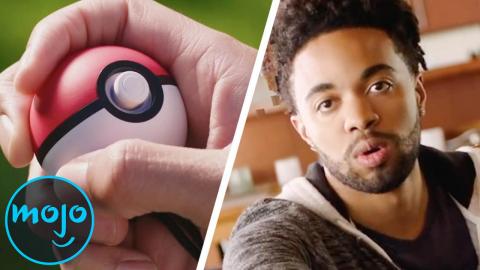 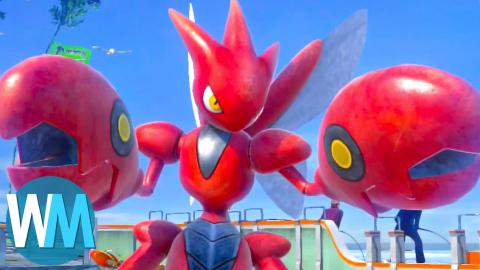 Top 5 Reasons Why You Should Try Pokkén Tournament DX 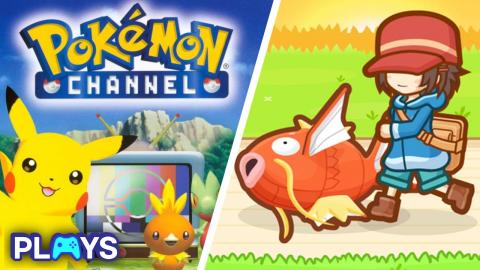 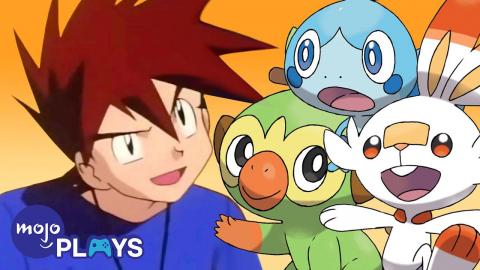 Everything We Want In Pokemon Sword And Shield

A new Pokemon game is bound to be good, but will it catch all of these must have features? Welcome to http://WatchMojo.com and today we're counting down our picks for the Top 10 Things We Want To See In The Pokemon Game For The Nintendo Switch.

Special thanks to our user “DaveVsTheWorld” for suggesting this topic using our interactive suggestion tool at http://WatchMojo.comSuggest

If done right, this game has a chance to be the very best. Welcome to WatchMojo.com and today we’ll be counting down our picks for the Top 10 Things We Want to See in Pokémon for Nintendo Switch.

For this list, we’re taking a look at features we want to see in the Pokémon role-playing game set to be released for the Nintendo Switch.

The early “Pokémon” games typically revolved around an Ash Ketchum clone, leaving no room for character customization. In “Pokémon Crystal,” we finally got a choice between playing as a male or female character. “Pokémon X and Y” further evolved trainer customization, allowing us to not only select our character’s gender, but their hair color and skin tone as well. We could also tailor their appearance by obtaining new outfits and accessories. Even then, however, avatar customization remained limited, especially compared to other RPG franchises. “Pokémon” for Switch could take customization to another level with detailed facial features, a diverse wardrobe, and an assortment of backpacks, giving our journeys a more personal touch.

Remember when there were 151 Pokémon? Well, the total number has since skyrocketed to 802… and that’s not even counting Mega Evolutions and Alola Forms! In other words, if you really want to catch ‘em all, be prepared to play through several games spread over various consoles. For years, fans have wanted one game that lets us capture every single Pokémon, from Bulbasaur to Marshadow. Since “Pokémon” for Switch has the potential to be this franchise’s biggest, most ambitious outing yet, it’s a golden opportunity to bring the whole gang together. While they’re at it, Game Freak could also throw in a few new Pokémon and have a complete Pokérap play over the end credits.

#8: A Game That’s Tailor-Made For The Switch

Let’s get one thing straight: if you’re going to make “Pokémon” for Nintendo Switch, then make “Pokémon” for Nintendo Switch! The last thing we want is something that looks like a 3DS game that’s been lazily ported to the Switch, especially since these two consoles have significant differences as far as processing power is concerned. Sure, both can function as portable devices, but this game needs to take the Switch’s controls, graphical capabilities, and hybrid features into consideration, immersing us in the Pokémon world whether we’re playing on the go or on the big screen at home.

“Pokémon Snap” was one of the most unique games on the Nintendo 64, letting us capture Pikachu, Charizard, and others not in a Pokéball, but on film. While we’ve never gotten an official sequel, the photography element has been revisited with AR mode in “Pokémon Go” and the Poké Finder in “Pokémon Sun and Moon.” Now just imagine if the developers applied a camera into an open world “Pokémon” game. This feature would not only make leeway for some fun side quests, but also allow you to immortalize priceless moments from your Pokémon adventure.

#6: A Better, More Expansive Story
The main “Pokémon” games have always followed a familiar plot: get your first Pokémon from a guy named after a tree, collect every gym badge, become a Pokémon Master, and maybe save the world if there’s time. Ok Sun & Moon did alter that gym badge part, but the rest of it was still very similar. “Pokémon” for Switch could offer a more gripping and layered story if it took a couple chances with this formula. For example, why not tackle some of the mature topics this series often chooses to neglect? You know, like cock-fighting and animal cruelty. A wider variety of side missions would also keep us playing long after the main quest is over.

#5: Traveling to Other Regions

“Gold,” “Silver,” and “Crystal,” are almost universally considered to be the greatest “Pokémon” installments ever. That’s largely because this second generation of games included multiple regions, meaning more badges to obtain, more Pokémon to catch, and more challenges to overcome. For some reason, though, the subsequent games all kept themselves limited to one region, excluding the remakes “Pokémon Heart Gold” and “Soul Silver.” Hopefully this idea will make a comeback in “Pokémon” for the Switch, allowing us to travel to at least a couple of the previously introduced regions. Of course it’d also be great to explore brand new regions with exclusive Pokémon.

A common complaint with many “Pokémon” games is that they lack a certain something for players in search of a challenge. Granted, “Pokémon Black 2 and White 2” made an effort to up the ante with the Key System. Turning off EXP Share can also technically increase difficulty. Hardcore Pokémon masters, however, prefer to follow the fan-made Nuzlocke Challenge, which offers a set of rules to make matters a little more interesting. For example, players have to release a Pokémon if it faints and can only capture the first Pokémon they encounter in each area. Also, if you're going to include this mode, make sure to include incentives for undertaking this challenge, like having Pokemon be exclusive to that mode only. Don't just make it difficult ... just to be difficult.


#3: Soft Online Interaction With Other Players

Interaction with other trainers has been a core part of the series since the very beginning, though at the same time, other games have offered unique ways of interacting with other players without having to be online at the same time. Take Dark Souls for example, which allows you to leave hints for other players, or Nier: Automata, which allows you to recruit other player avatars as NPC allies, you see where we’re going with this? We’d like to have an opportunity to meet other players in NPC form to battle with. It’d be a great way to retain the illusion of online interaction when playing the Switch on the go and away from any Internet connection.

#2: Complete Gyms and Challenges in Any Order

Another problem fans have had with “Pokémon” games is the relentless handholding. After nearly two decades, we really don’t need any more lengthy tutorials. Just throw players into the Pokémon world and let them roam free. Speaking of freedom, it’s about high time Game Freak ditched the linear narrative. Instead of visiting each gym in a fixed order, let us complete them in any order we want. This change worked out wonderfully in “Zelda: Breath of the Wild,” which gave players the liberty to explore shrines, towers, and Divine Beasts at their own pace. Gym leaders could also level up at the same pace as the player, making each Pokémon battle a fair fight.

Pokémon That Actually Say Their Names

Battles in Open World Instead of a Separate Screen

#1: A Vast Open World With Pokémon

We know we just brought up “Zelda: Breath of the Wild” but right now, it’s the gold standard from adapting a franchise to the Switch. If Game Freak is going to deliver an awesome “Pokémon” title for the Switch, though, using Hyrule as a reference point is a good start. “Breath of the Wild” created such a grand, large-scale open world that it practically felt alive and this “Pokémon” game deserves similar treatment. Above all else, the Pokémon in this game need to be immersed in their environment. We want to see them interact with other Pokémon and respond to the player in a natural way. This would make for a truly engaging experience, transporting us to the Pokémon world like never before.