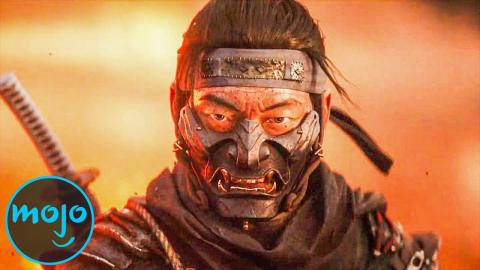 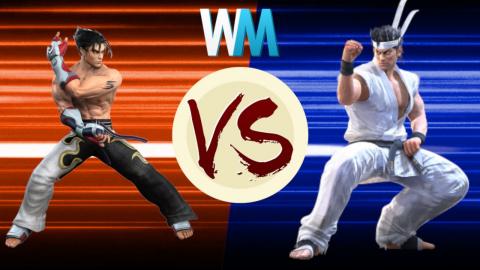 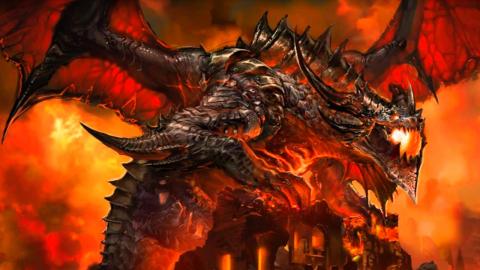 Top 10 Games Where You Fight a Freakin' Dragon! 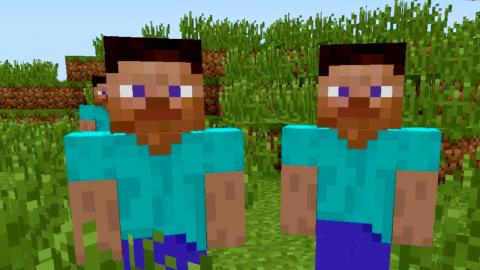 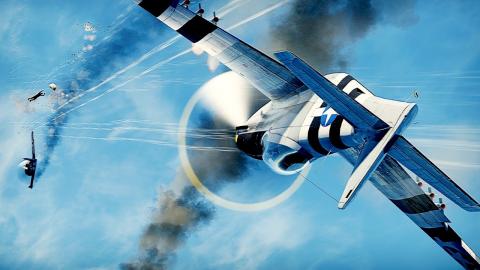 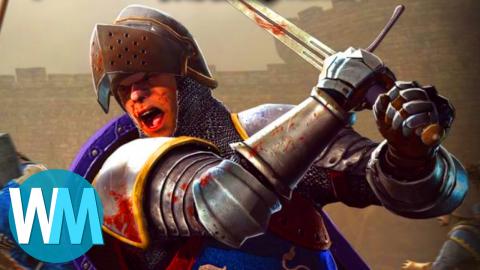 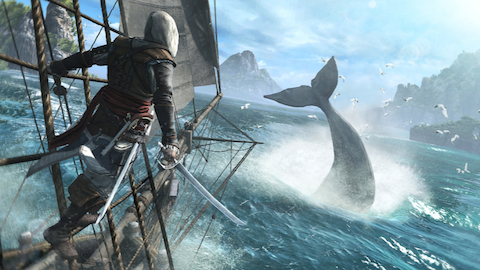 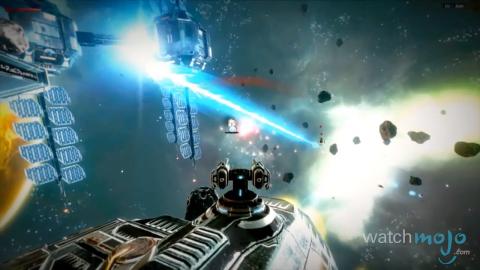 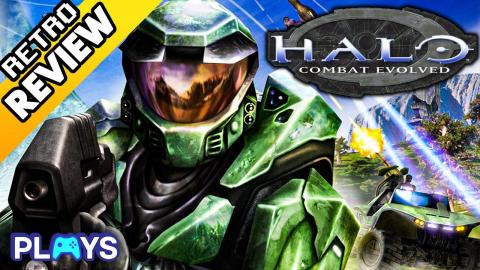 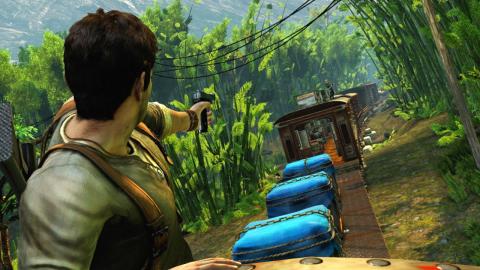 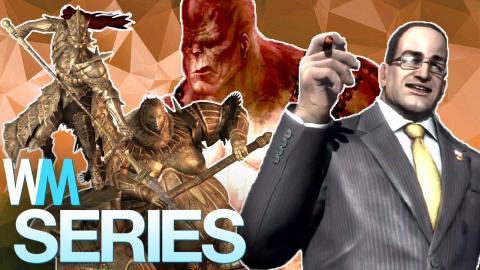 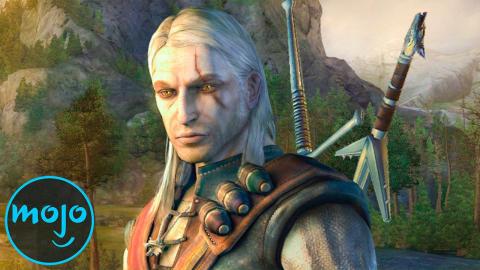 VOICE OVER: Dan Paradis
Which video games feature the very best warfare on the high seas, the coolest battleship combat, and the most immersive naval strategy? Get your sea-legs on and swab the deck, cuz Watchmojo is checking out the games that have best fighting boats in the biz. Get the torpedoes ready, prepare the cannons to fire – All hands on deck!


Don’t be fooled by the endless menu’s and lack of any visual representation of gameplay, as this game was based of an actual United States Navy Wargame simulation that was used during the late 70’s and early 80’s. Playing as either NATO or the Soviets, you’re essentially in the role of a war room officer with only the early satellite imagery and intelligence reports on hand to determine the best possible outcome to victory. For a game that doesn’t take any sort of liberties with balancing arsenals or unrealistic viewpoints, It’s rather surprisingly intense. Though admittedly not the most accessible game by today’s standards.


Being the rare breed that they are, we couldn't help but include one of the first naval combat video games ever. Elite's recreation of the classic board game “Battleship” called “BattleshipS” (emphasis on the S) eliminates the need for pencil and paper. Instead, you place your Tetris-shaped warships on the familiar grid, and fire in what's called “salvo-mode” with up to 24 shots a turn instead of the usual one. An animated battle sequence follows each player's turn, a dramatic visual improvement over sticking a coloured peg in a hole. While limited and dated by today's standards, “Battleships” is significant in that it marks a transition for naval combatfrom board games to video games, thus it makes our Top 10.


This free-to-play game combines a first-person shooter look with optional robust touchscreen controls that faithfully model submarine navigation and combat. What makes the game work is the simple, easy-to-use controls and the slow-paced action. It manages to turn something as patience demanding as submarine warfare into something fun and exciting without losing the nuances and strategic elements. Throw in team-based multiplayer action and you have an addictively entertaining submarine action game geared towards a more casual audience. Torpedoes away!


We now find ourselves in “Dangerous Waters,” an ultra-realistic naval warfare simulator allowing players full control over surface ships, submarines and aircraft in a modern setting. With a comprehensive manual clocking in at over 500 pages, thisnaval sim is not for the faint of heart. But those who invest some time into the game will be richly rewarded with over 270 realistically modelled ships, submarines or aircraft, a dynamic single-player campaign and comprehensive mission editor. They'll even have the ability to give actual voice commands via microphone to lock in the full naval commander experience. Whether you want to command individual crew stations or focus on the bigger picture as a task force commander, “Dangerous Waters” is must-have for any serious armchair admiral.


Our list wouldn't be complete without at least one game dedicated to the tense world of historical submarine warfare. Silent Hunter IV takes us from the North Atlantic to the Pacific where you play an American submarine commander fighting the Japanese during WWII. Balancing between in-depth realism and accessibility for new players to the genre, the game offers what Ubisoft calls a “Hollywood blockbuster experience” without sacrificing any of the staggering attention to detail and historical accuracy. Players can also choose between scripted missions or a dynamic campaign that gives them full control over their own submarine, either following their superior's orders or go on their own charting their own adventure. And with top-notch graphics, skippering your own sub has never looked better.


You'd think that a grand strategy game where naval combat plays a relatively small role would have no place on this list, but once you've experienced “Empire: Total War's” naval battles you'll see why it made the cut. For starters, the naval battles look absolutely stunning. From the action of the battles themselves right down to the individual crew members moving around on the ships, Total War's visuals do not disappoint. But it's that Total War manages to nail the era's naval combat while at the same time making fit perfectly within the context of the greater gameplay at large. By making naval warfare an integral part of the game, players can now see the great importance sea power plays in the bigger scheme of things.


Shifting gears from hyper-realistic simulations to something more arcade-y,here we have an interesting hybrid action/RTS game set again in the Pacific during WWII. The sequel to “Battlestations: Midway” expands to cover the whole war in the Pacific and offers even more remarkable variety to the exciting gameplay. Players can go from having a top-down commander view of a whole battle to getting down to controlling an individual unit, such as piloting a dive bomber or manning an anti-aircraft gun to guiding a submarine all within the same battle. That a game is able to effortlessly integrate so many different gameplays all while making it fun and thrilling, makes it stand out in a crowded market of WWII games.


Let’s be honest, who here actually played Black Flag for the tailing and assassin missions? Like “Total War,” naval combat plays a smaller role within the bigger context of this game. So color us surprised when it turned out to be the best part of the whole thing. The comprehensive upgrade system, a wide range of weapons, and some tough opponents give substance to naval combat. But it's commanding the Jackdaw from the ship's deck that gives the player a front row seat to some of the best naval combataction ever seen in a video game, reminiscent of an old Errol Flynn movie. That Ubisoft was able to so successfully capture the romantic, swashbuckling sense of pirate adventure, warrants an entry in our list.


Sid Meier is known for his simple yet deep and rich game design and Pirates is no exception. Even though it's one of many elements in the game, the ship-to-ship combat is easy to play but not so easy to master. Finding the right balance between speed and firepower, knowing what type of ammo to use, wind direction, and figuring out the right time to launch a boarding party, all add strategic depth to what could have been a straightforward mini-game. Instead, Sid Meier's Pirates does what games are supposed to do: Make you have a unique experience and have loads of fun in the process. And if those 1987 graphics hurt your eyes a bit too much, rest assured that there is a remake with better graphics and a few streamlined systems to boot.
Before we unveil our top pick, here are some other honourable mentions.


Sailing away at number 1 is none other than “World of Warships.” This free-to-play massive online game allows players to pick from 4 different classes of ships from 8 different WWII-era navies and provides a progression system that includes a mind-boggling array of upgrades, equipment, abilities, perks, among many others. But what really stands out is the intensity of thebattles online. Nothing else even comes close to capturing the slow build up of tension as a battle starts to the explosive exhilaration of watching your ship go toe-to-toe against players from around the world and seeing your strategy and tactics pay off with victory.

What do you think about our list? Were the entries on-target or did some miss the mark? Let us know in the comments below. And for more Top 10 video game action, be sure to subscribe to WatchMojo.com.